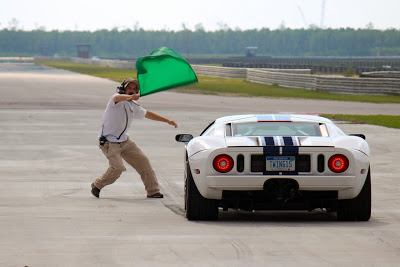 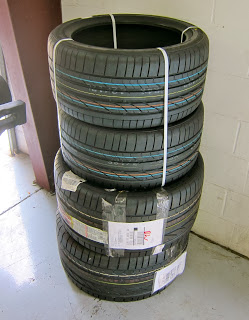 Carmakers typically work very closely with tire manufacturers when engineering and developing high-performance vehicles. While individuals can choose whatever tires they feel may work best for their kind of driving, carmakers have a much more difficult job. In addition to the obvious matching of speed-rated tires to a new vehicle’s performance, they have to deal with other Federal (DOT) regulations, plus tire wear, noise and fitment issues. And, they have to decide whether to choose a tire that’s efficient primarily in certain environments (summer or winter) or one that covers
all bases (All-Season).

It was time to change tires on my ‘06 Ford GT and before simply replacing its OE Goodyear Eagle Supercar F1 tires with the same tires, I decided to see what the Ford GT Community (http://www.fordgtforum.com/forums/forum.php) had to say about replacement tire choices. I spoke with Dave Bannister, an active Ford GT Forum member who owns a highly modified twin-turbocharged Ford GT, top, at GT event at NOLA Motorsports Park, that he tracks and drives on the street. He’s changed over to Bridgestone Potenzas, above.

“I’m sure they aren’t as progressive at the limit on a racetrack as the Goodyears, but they are quiet and have dramatically more grip in a straight line,” said Bannister. “I found I could fully “mat” the throttle in Second – with 800-plus horsepower at the rear wheels – and not detect any noticeable wheelspin. It’s amazing how fast cars suddenly become when they have grip!” 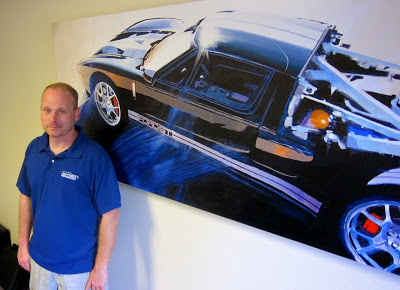 Before making a tire choice I also spoke with Jason Heffner, above, with Camillo Pardo GT painting, best known for his highly tuned and twin-turbocharged Ford GTs (700 to 1,000-plus hp) and other exotica, at his Temple of Testosterone, http://heffnersperformance.com/

Members of the GT Forum, one of the absolute best, most informative single marque enthusiast forums on the planet, overwhelmingly lean toward Bridgestone Potenzas (Pole Position, front; Scuderia rear) over Goodyear OE replacements for road use, especially those living in cooler climates. Once ambient temps drop below 50 degrees, OE Goodyears must be warmed up or else they behave like hockey pucks! In the cold they deliver minimal grip, not an ideal situation when driving a supercharged 550-horsepower car. Some, who want to keep their GTs factory stock, tend to favor OE replacement tires. Heffner echoed many of the comments of
GT Forum members who chose Bridgestone Potenzas. 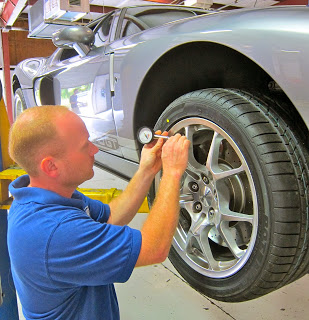 “My experience is that there’s almost always something better than exact replacements for OE tires,” said Heffner. “When Ford worked with Goodyear while developing the GT, they came up with ideal size and performance parameters and Goodyear delivered a tire that was capable of handling what the GT could deliver in terms of ride, handling and a 205-mph redline. And that included 0 to 60 mph times (3.4 seconds) in First gear. Having to shift to Second gear would’ve caused 0-to-60 times to suffer.” 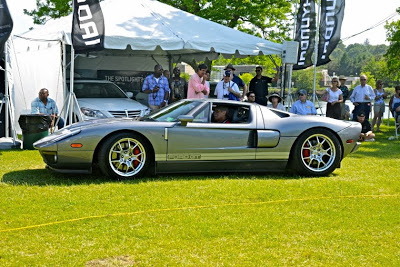 “Once cool fall temps arrived, it was obvious that the Potenzas made a major difference. In addition to superior traction advantages, tire noise was reduced.”

Bridgestone is the world’s largest tire and rubber company, also owning the Firestone brand. Neither they, nor other major tire manufacturers except for Goodyear, offer an exact size replacement tire for a Ford GT. Only Ford for the GT used that size tire and, since GT production topped out at 4,033, there isn’t much of a replacement tire business case! Goodyear Eagle Supercar F1 front tires for the GT are 235/45-18 ZR; rears are 315/40-19 ZR. 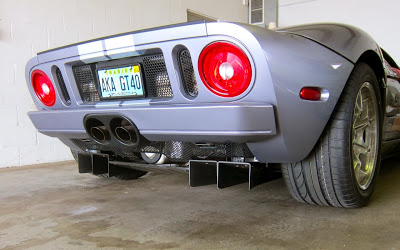 Bridgestone originally created the Potenza RE050A Scuderia tires exclusively for OE use on the Enzo, Ferrari’s mid-engined Supercar. Able to handle speeds in excess of 217 mph, they maintain grip at ultra high speeds making it possible to take advantage of the Enzo’s power and precise racecar handling qualities. The same holds true for the Ford GT, America’s Supercar. On the road or racetrack, they deliver absolute stability and control.

In developing and engineering RE050A Scuderia tires for the Enzo, Bridgestone made major technological advances in specifications for the configuration, structure, tread pattern and rubber compound to insure ultra-high performance.

The Scuderia tread pattern is asymmetrical and blocks on the outer side provide superior lateral rigidity to raise the threshold of control in high-speed turning. High-angled grooves on the inner side improve water dispersion to prevent hydroplaning in wet-weather driving. Also contributing to the Ferrari Enzo’s performance is the silica rubber compound that Bridgestone has adopted for its ultra-high performance tires. That compound helps maintain firm, cling-to-the-road grip on both dry and wet surfaces.

When the Potenza Scuderia line of tires was developed for OE used on the Enzo, Bridgestone already had a long-standing relationship with Ferrari, supplying tires to its F1 team. With the Enzo application, Bridgestone put innovative, race-proven technology onto the highway.

In addition, maximum performance Potenzas have been used as original equipment on the Mercedes-Benz S55 AMG and a couple of BMWs. Essentially “Summer” tires, they deliver excellent traction, responsive dry/wet road handling, but are not engineered for performance driving under near-freezing temperatures or on snow or ice. 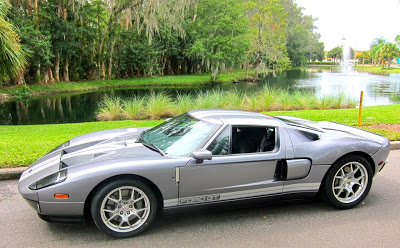 After having Heffner Performance replace tires on my GT, above, it was almost immediately noticeable that ride was a little softer yet my GT felt firmly planted on the pavement. Tires were also quieter. Traction was improved, delivering better launch times. Living in Florida I’m not as concerned about having to warm up tires before dipping into boost!

“We feel that Bridgestone Potenzas offer an intelligent alternative to OE Goodyears as they’re manufactured using a softer compound for superior traction and lateral grip, both on typical, less-than-perfect street surfaces as well as controlled environments like racetracks. The only negative would be that you might not be able to go from 0 to 60 mph in First gear in a GT, probably around 58-59 mph because of rear tire size differential,” said Jason Heffner.

“Traction is a critical issue when driving a super-high-performance car like a Ford GT. With OE tires on a cold car operating under ambient temps of 50 degrees or less, there are potential problems. The tires have to be warmed up in order to drive hard. With cold temps, you are also dealing with a colder denser air/fuel mixture that translates into considerably more power. Under those conditions, grip unquestionably suffers, causing a potentially dangerous scenario.” 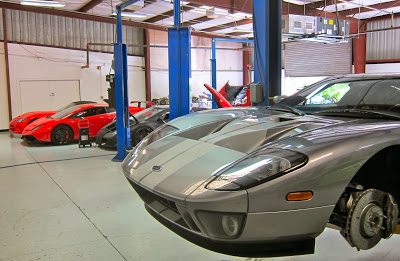 “Bridgestone Potenzas will work considerably better than the OE tires under the same ambient temps. Offering a higher level of traction than the OE tires, they also tend to work better on the track, allowing a GT driver to power out of a corner easier. Softer compound Potenzas
also offer decreased stopping distances, critical safety as well as performance benefits.
We’ve installed many sets of Bridgestone’s performance tires on customers’ GTs, above,
both stock and highly modified,” said Heffner 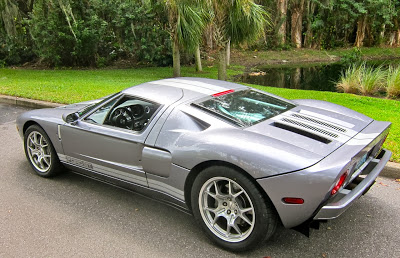 Lines have really been blurred when it comes to choosing the right tire for a high-performance car. Consumers can choose from high-performance as well as ultra-high or maximum performance summer tires, compromise all-season tires and even winter-only tires. It’s hard to get everything you want in one tire. If you own a Supercar, you probably are not interested in winter or All-Season tires. Summer tires are the ones to have.

The same may be true for owners of serious sport sedans, like those wearing AMG and M badging, as well as sports cars. While more expensive requiring two sets, it often makes sense to run summer tires, and then switch off to winter or All-Season tires during colder months.