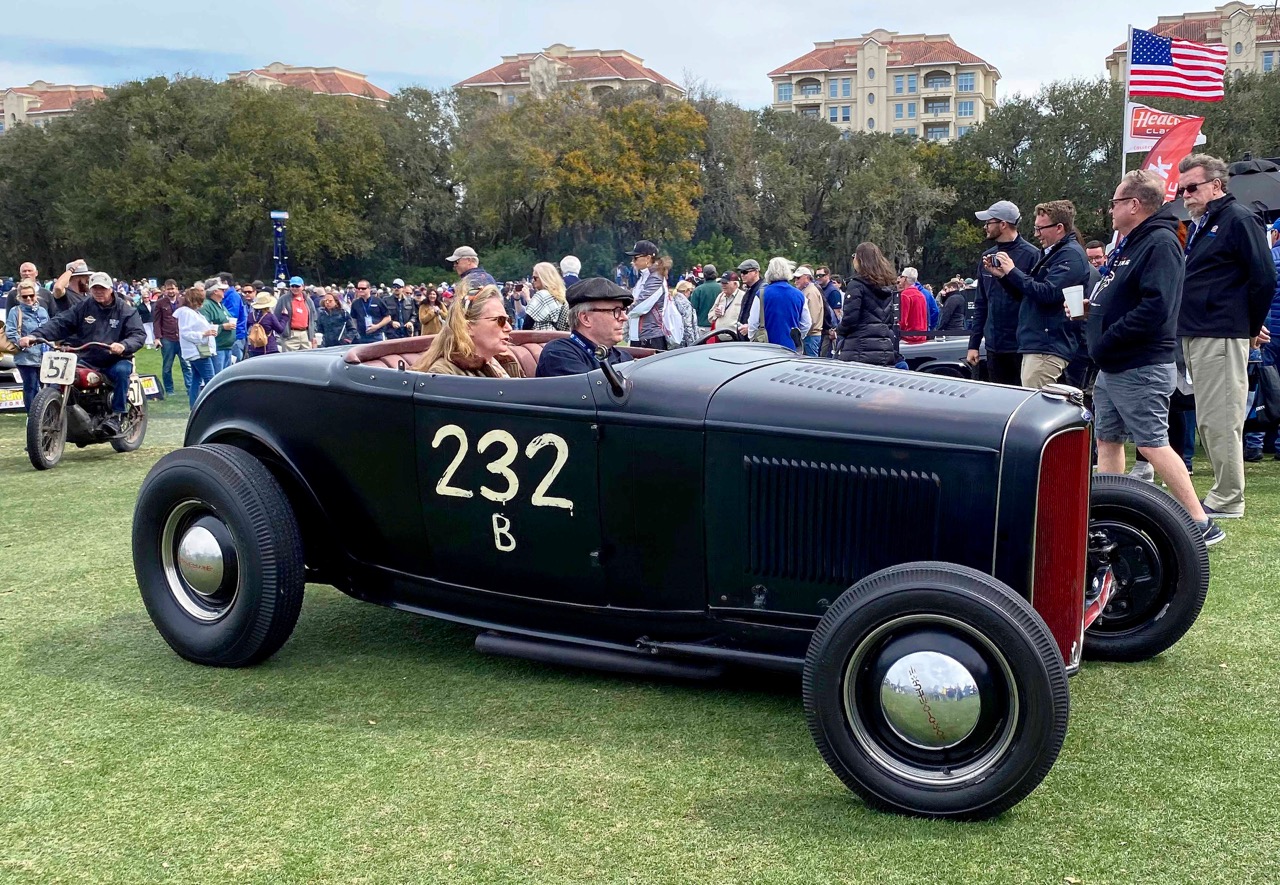 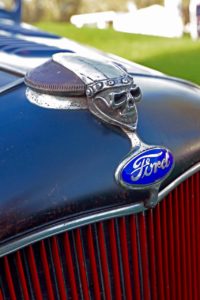 In years past, The Amelia Island Concours d’Elegance (AICE) has recognized hot rod builders Ed “Big Daddy” Roth and Posies Rods & Customs. This year they chose to feature the Rolling Bones Hot Rod Shop in Greenfield Center, NY. They build very traditional hot rods, many finished in faded paint with great patina for that Back in the Day look. They feature traditional powerplants and styling with a few (very few) modern touches. To date Rolling Bones has built around 30 cars with costs stretching into the six-figure range. It can take five years to complete a build. Advertising is unnecessary as customers routinely find the Rolling Bones, not the other way around!

Jacqueline & Jon Suckling head to the awards tent in their ‘32 Ford roadster, top. This car has racked up countless cross country miles on trips from New York to Bonneville and back. In addition it has raced at El Mirage, The Race of Gentlemen (TROG) and Colorado’s Hot Rod Hill Climb. It has more than 80 passes under its belt. And if that weren’t enough, it has also appeared in two movies. These are impressive credentials for sure and a great tribute to ROLLING BONES: HOT RODS.

On the grille shell of many Rolling Bones hot rods is mounted “Mr. Bones”, a very distinctive skull emblem. The pitted chrome and chipped paint evident here give you an idea of the feel of a Rolling Bones creation. 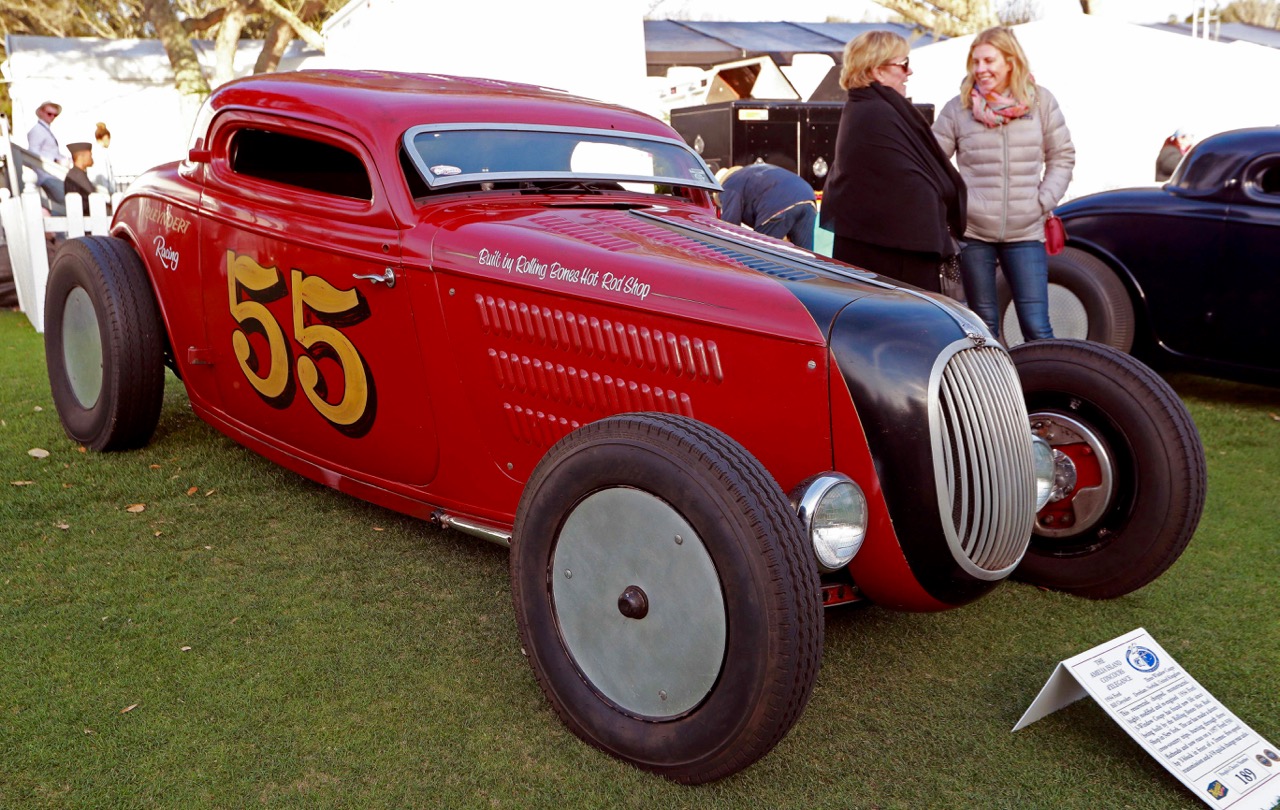 Bill Cleyndert’s ‘34 Ford three window coupe “channels” the Pierson Brothers’ dry lakes record setter. Under its hood is a full-on Ford Y-Block and a Tremec five-speed transmission. The radical top-chop is a design element of many of the Rolling Bones cars. 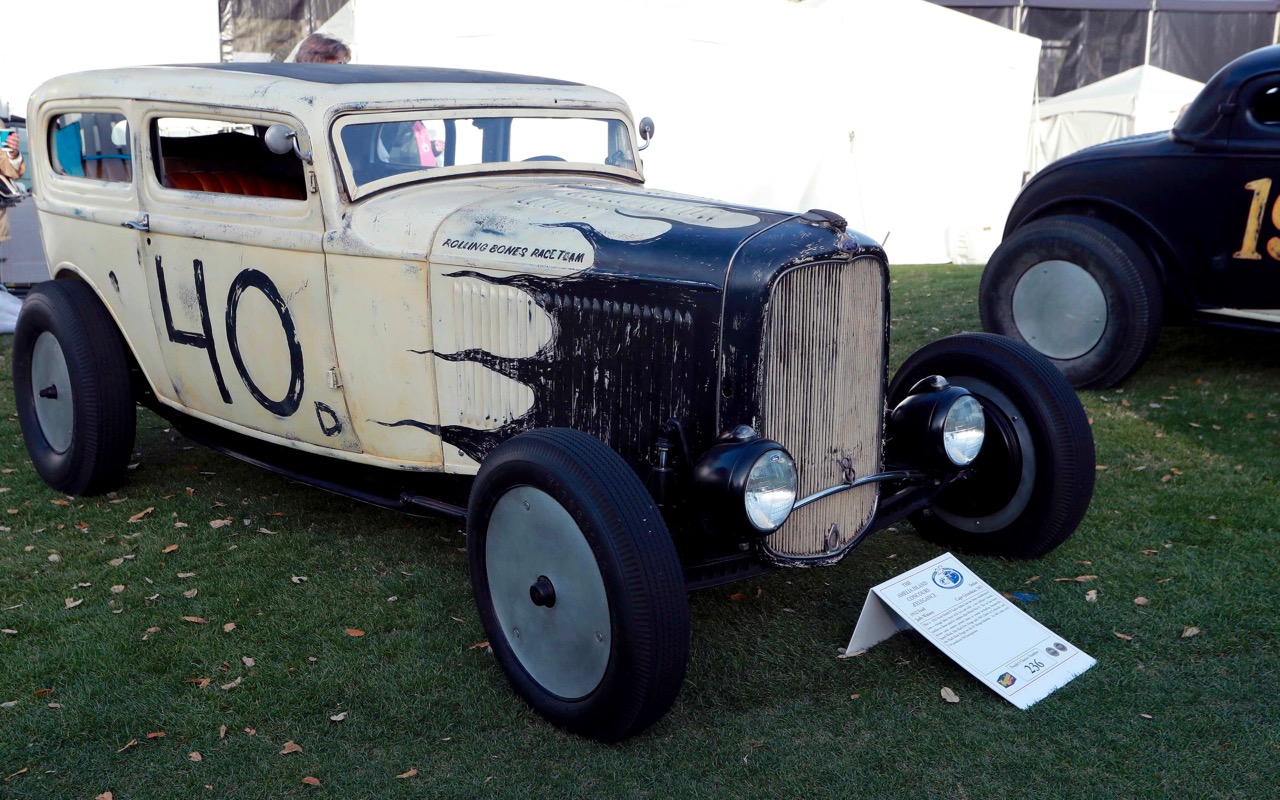 Judy Watson’s ‘32 Ford sedan sports a 550 horsepower Ford FE with Edsel valve covers. One thing all the owners of Rolling Bones cars share is that they DRIVE their cars. Upon delivery, Watson proceeded to drive her car cross country, something owners of lesser hot rods wouldn’t dream of doing. 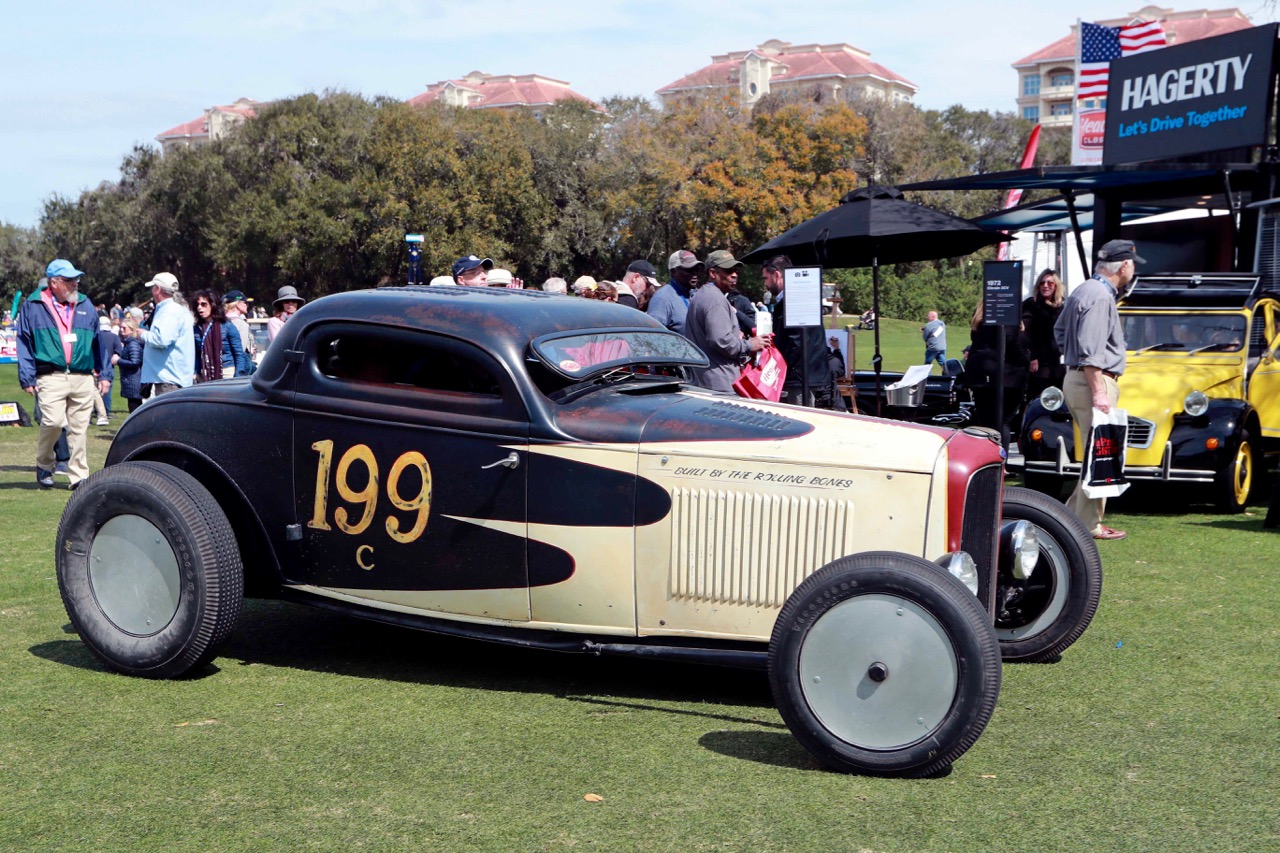 If you break down William Medcalf’s ‘31 Ford Model A coupe, you can see elements of a Deuce in the front, a ’33-’34 coupe in the middle and a Model A to the rear! Of the nine owners of Rolling Bones who showed their cars, four were from outside the U.S. including Medcalf, showing just how universal the appeal of the traditional vintage hot rod is around the world. 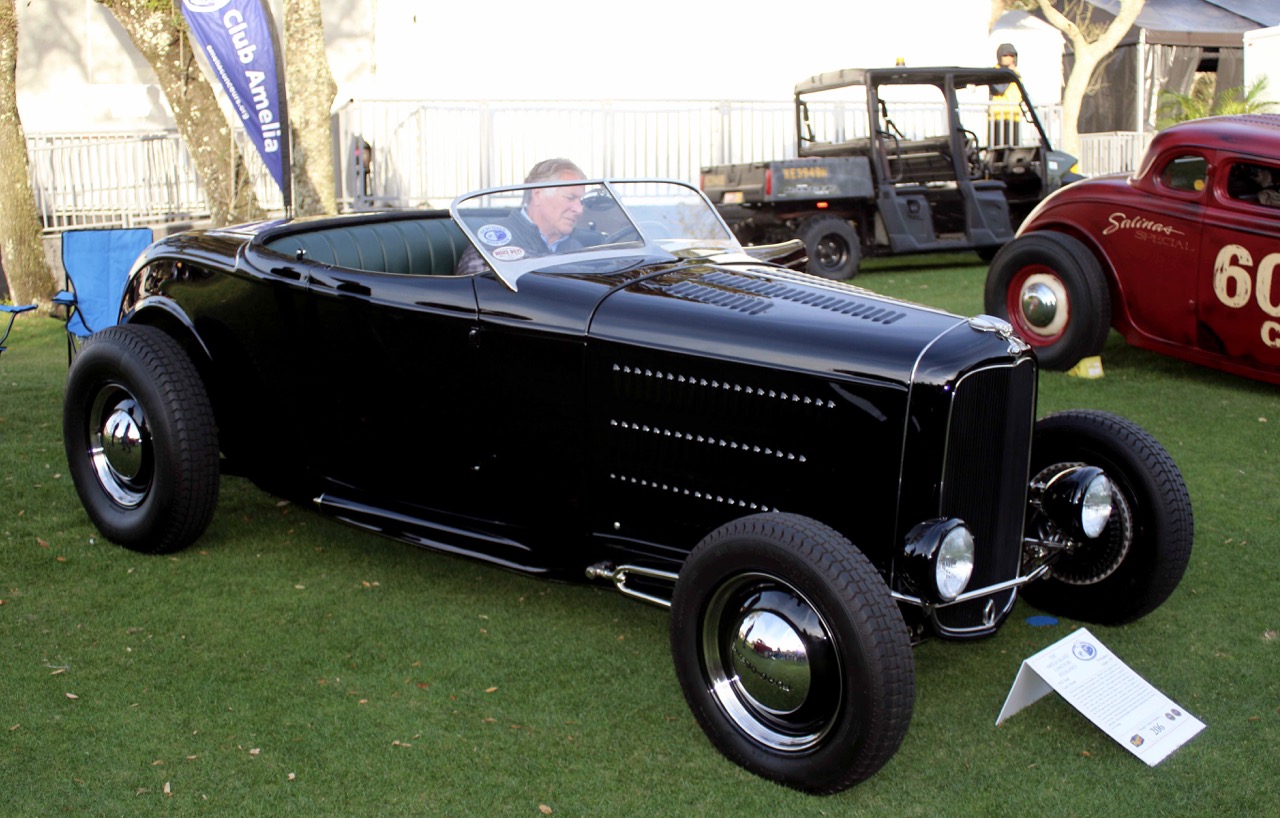 The ‘32 Ford or Deuce has formed the foundation for countless hot rod builds, each with its own distinctive style. One that has endured the test of time is Doane Spencer’s interpretation. Built in the early 1940s, Spenser drove and raced the car extensively before selling it. Larry Hursh asked Rolling Bones to build him a Tribute to the Spencer car, resulting in this stunning creation. 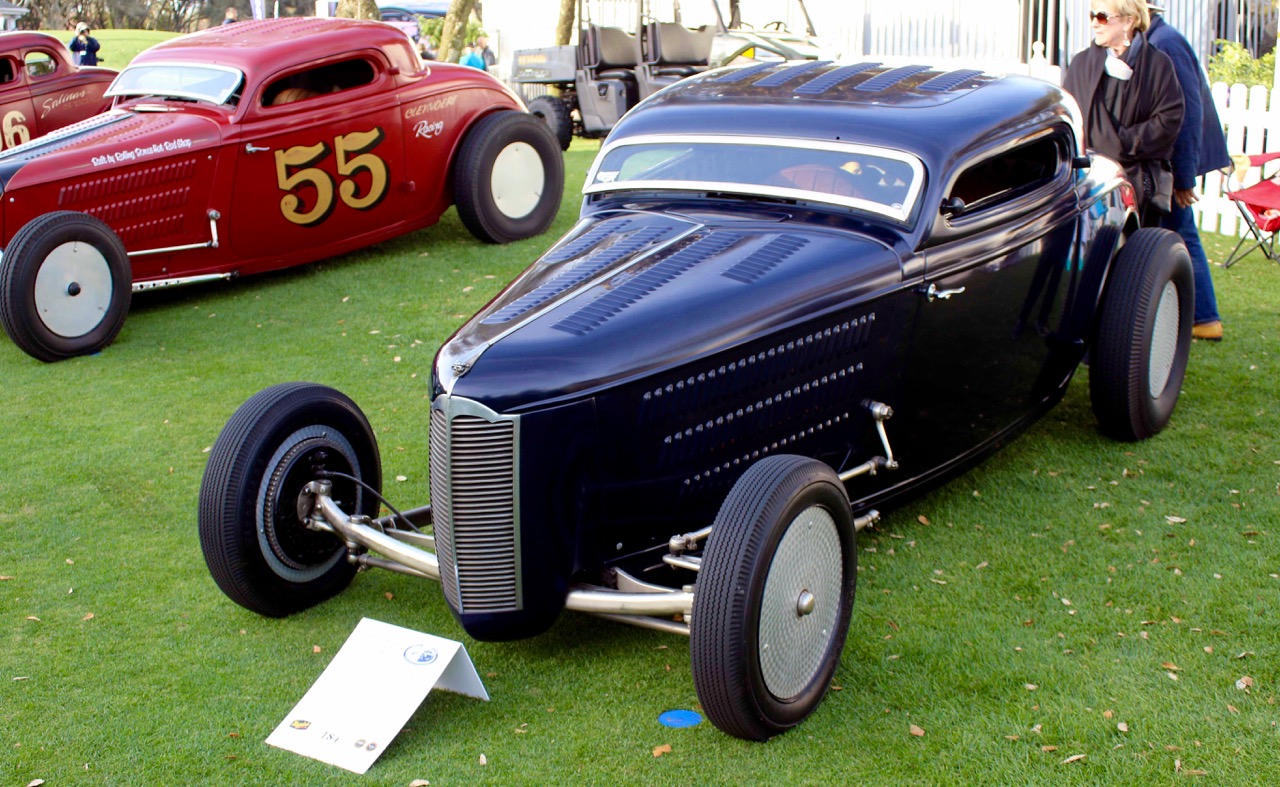 Dennis Varni’s ‘34 Ford coupe is an example of how Rolling Bones combines divergent elements into a single cohesive form. Power comes from a DeSoto Firedome V8, the grille is a 1930s era Packard and the interior is upholstered in reindeer hides! The hood is stretched, and the front axle is widened. It all results in a unique look with just the right stance. 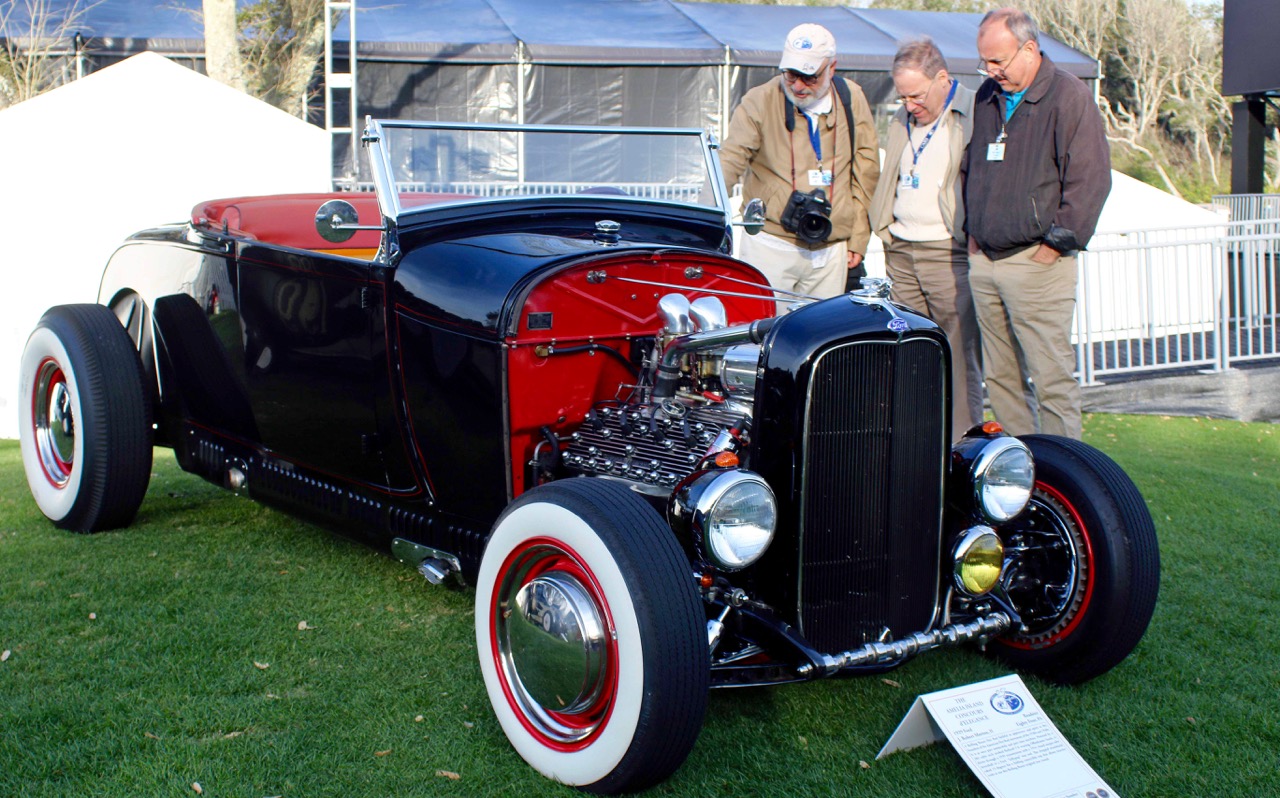 You need to study Robert Morton’s ‘29 Ford A-roadster to fully appreciate it. Details abound, like exhausts exiting the louvered lower panels. The front spreader bar is a chromed camshaft from an early Hemi. The seat is upholstered with a blanket. Fully exposed is a fully-dressed Flathead hooked up to a traditional drivetrain. 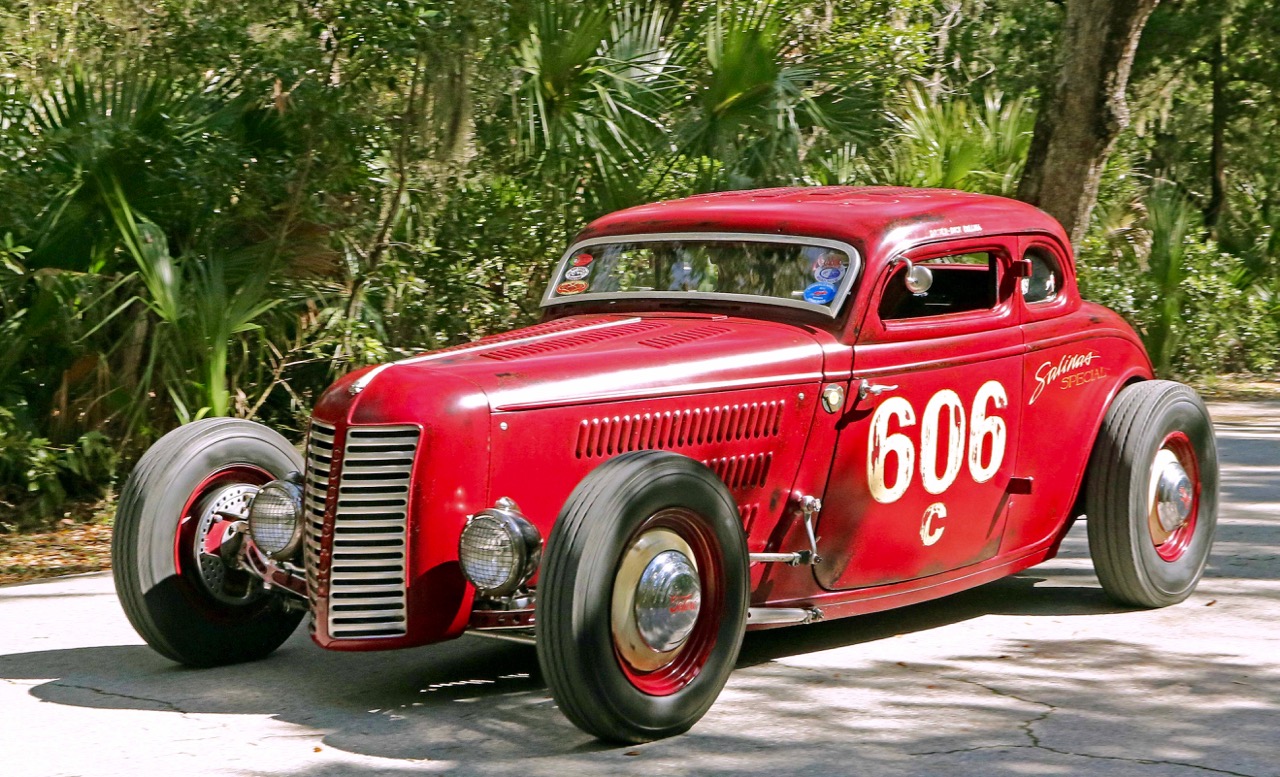 Matilde & Dick DeLuna drive by some lush Florida greenery in their ‘34 Ford five-window coupe. Rolling Bones gave it all the touches common to a picture-perfect 1950s rod. Their car has competed on beaches, dry lakes and in hill climbs coast to coast, driving to each meet. 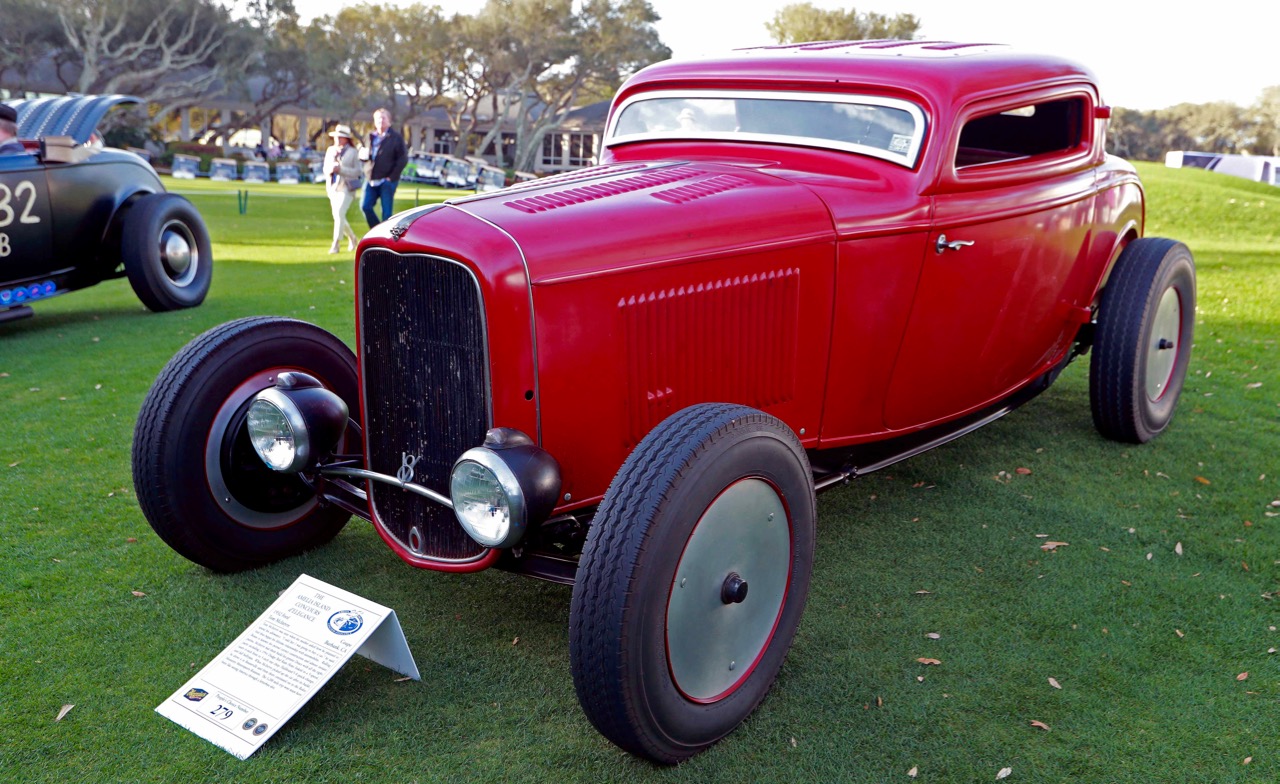 Tom McIntyre was an early Rolling Bones customer. He flew east and picked up his ‘32 Ford coupe and drove it to Bonneville, before completing his trip home to California, its Dodge Red Ram Hemi never missing a beat. The lines of his Deuce speak to the power of well-executed simplicity.

Check out the latest from the Amelia Island Concours @ https://www.ameliaconcours.org/