Skip to content
Mike & Maureen Matune take us on a tour of a shop that does it all. 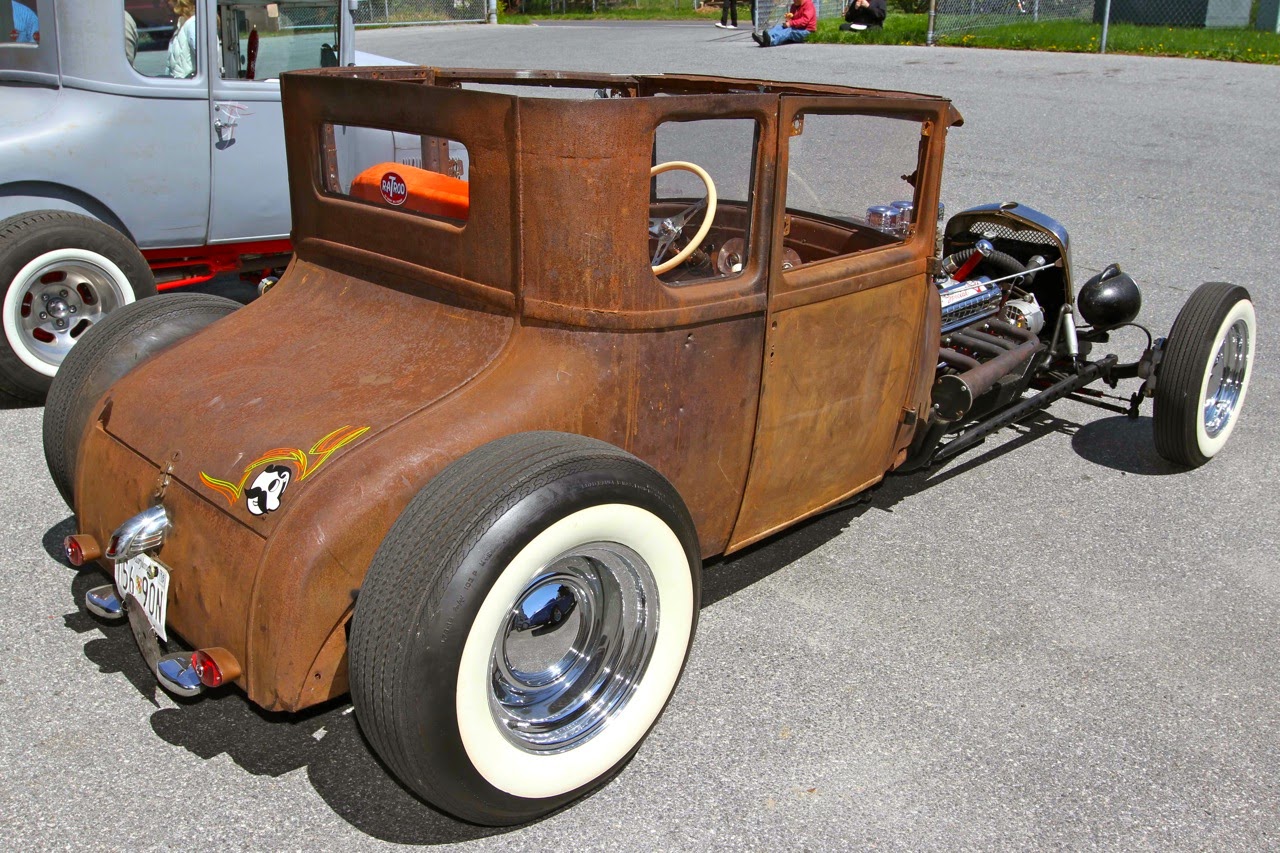 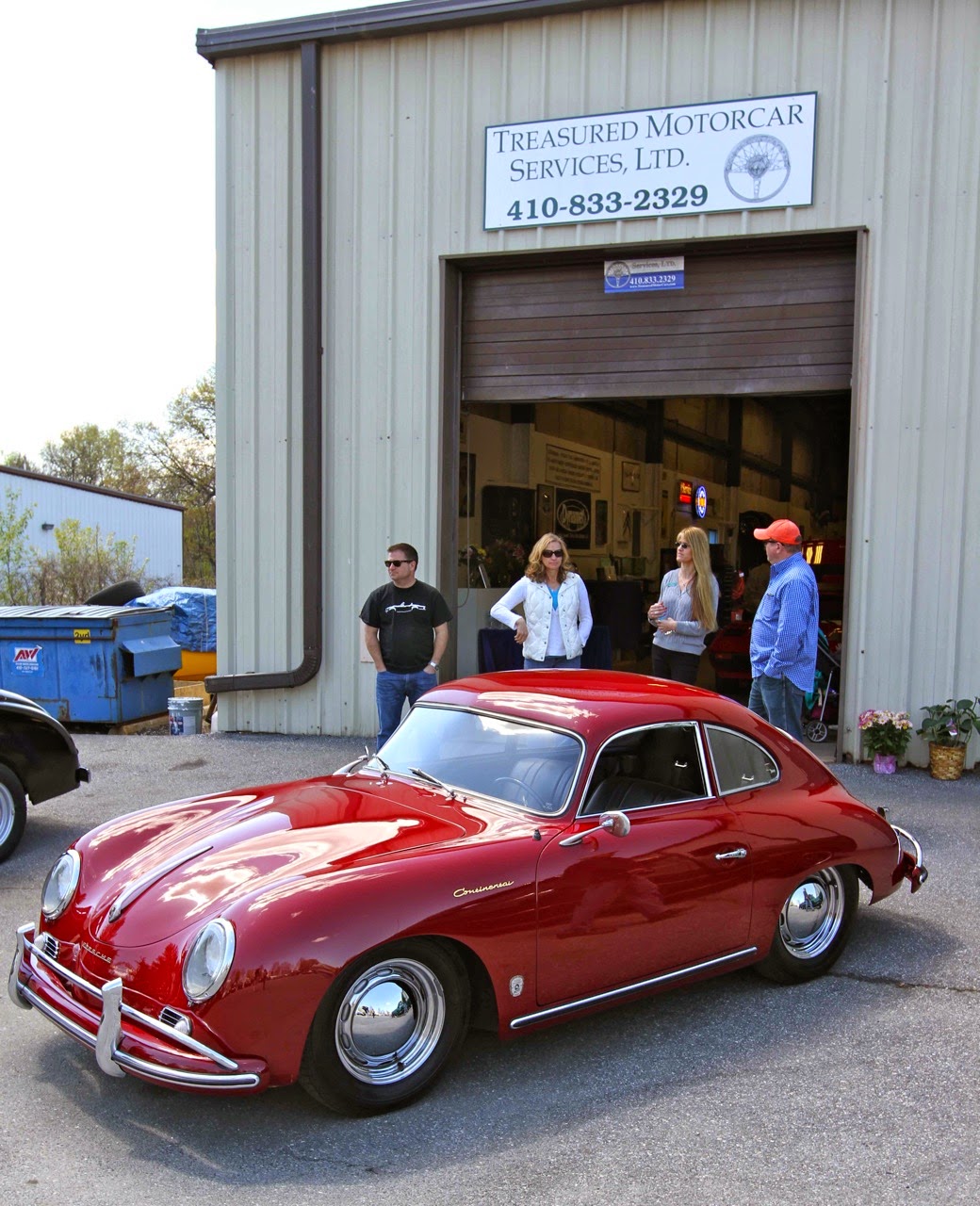 This Rat-Rod checked all the boxes with Ford “Y-Block” power with three deuces, “Z’d” frame and a well thought out combination of seemingly unrelated parts with the right fit & finishes. Rod has a removable roof panel and side windows held in by Dzus fasteners.

Amelia Island friends Barb & Allison Griffiths invited us to attend the Spring Open House at their shop, Treasured Motorcar Services LTD (TMS) in Reisterstown, MD. ‘55 Porsche, right, was originally named “Continental.” Use of the name put Porsche in conflict with Ford Motor Company (Lincoln) and they eventually changed it to “356.”

Here is a portion of what TMS has under roof, below. Showcased during the Open House were several of their current projects along with customer and local enthusiasts’ cars. Work on display consisted of everything from full-on restorations to updates and routine services. 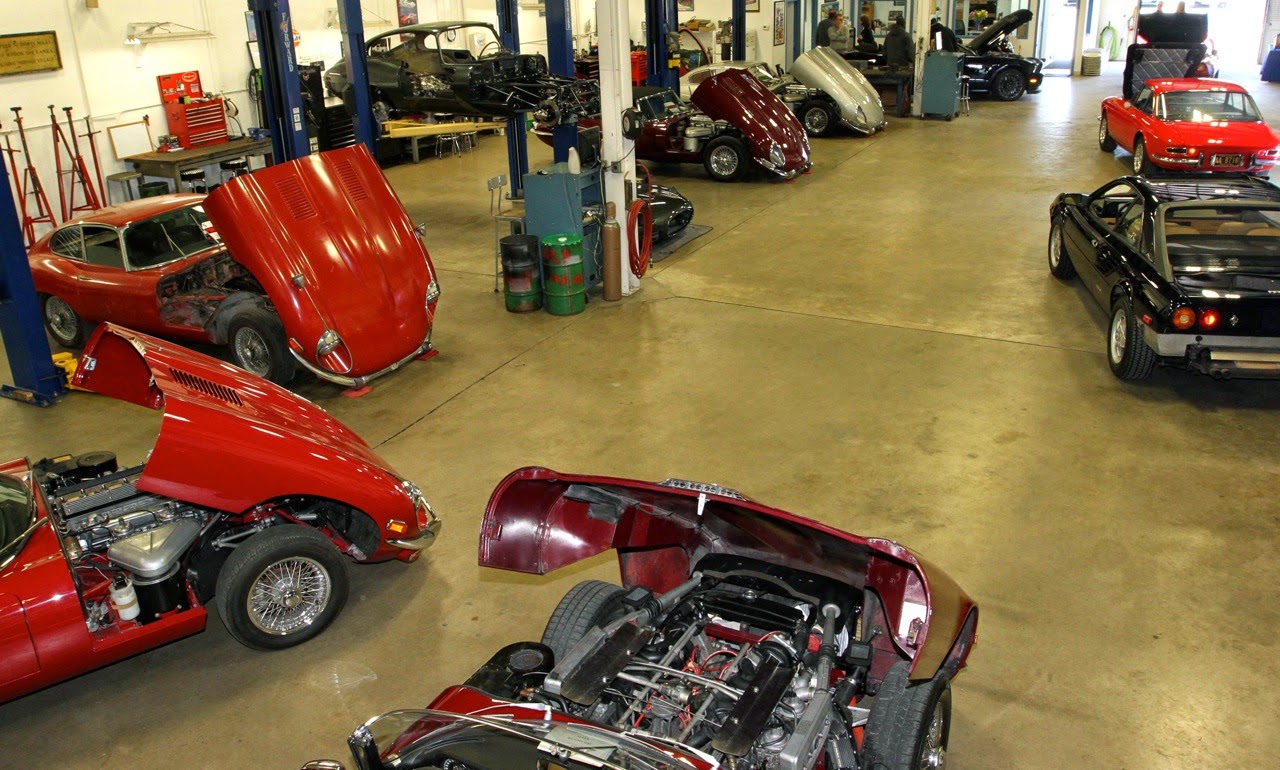 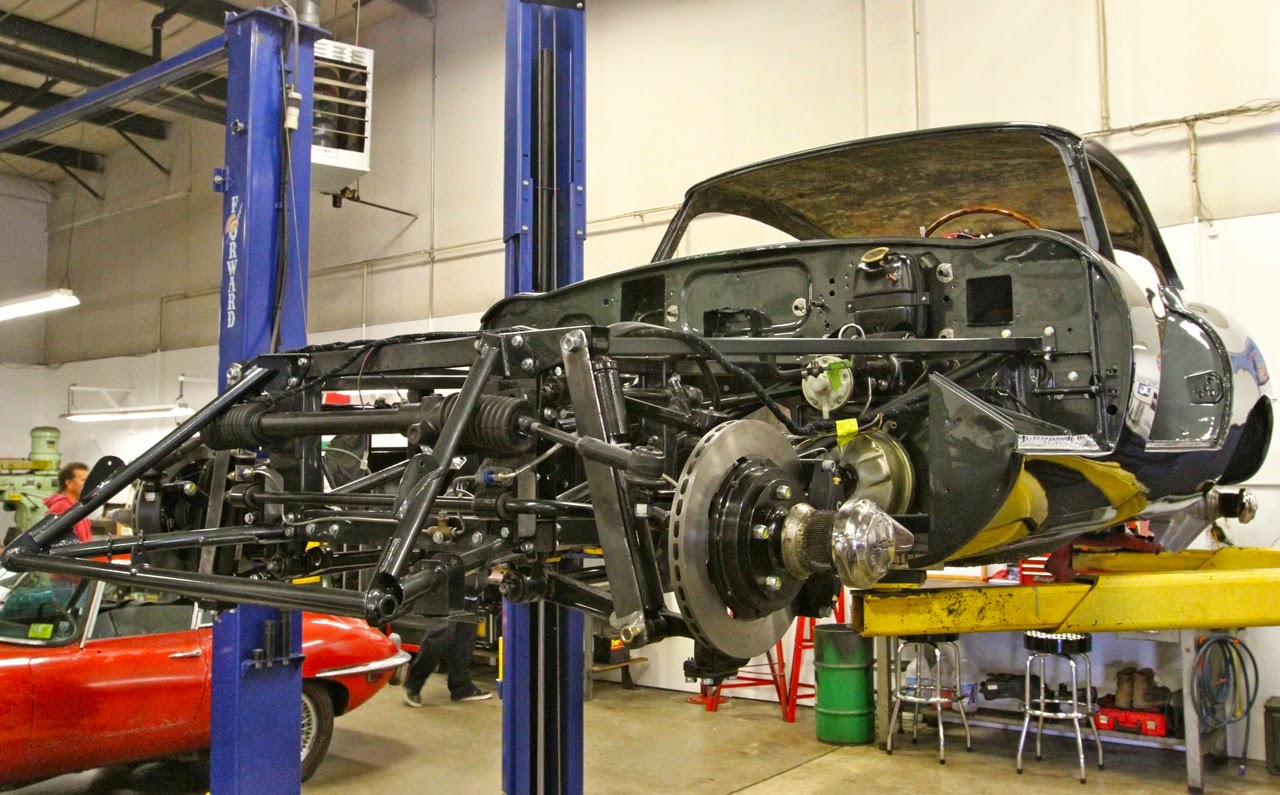 If this were a Muscle Car, we would call it a Resto-Mod, but since it is a Jaguar E-Type, we’ll call it a “driver”. In addition to an impressive rebuild of the entire car, it will feature a five- speed transmission, triple Weber-carbed Jaguar 4.2 liter Six and larger vented front brakes with Wildwood calibers. Mods are designed to heighten the driving pleasure associated with this car Henry Manney once called the E-Type “the greatest crumpet-catcher known to man!”. 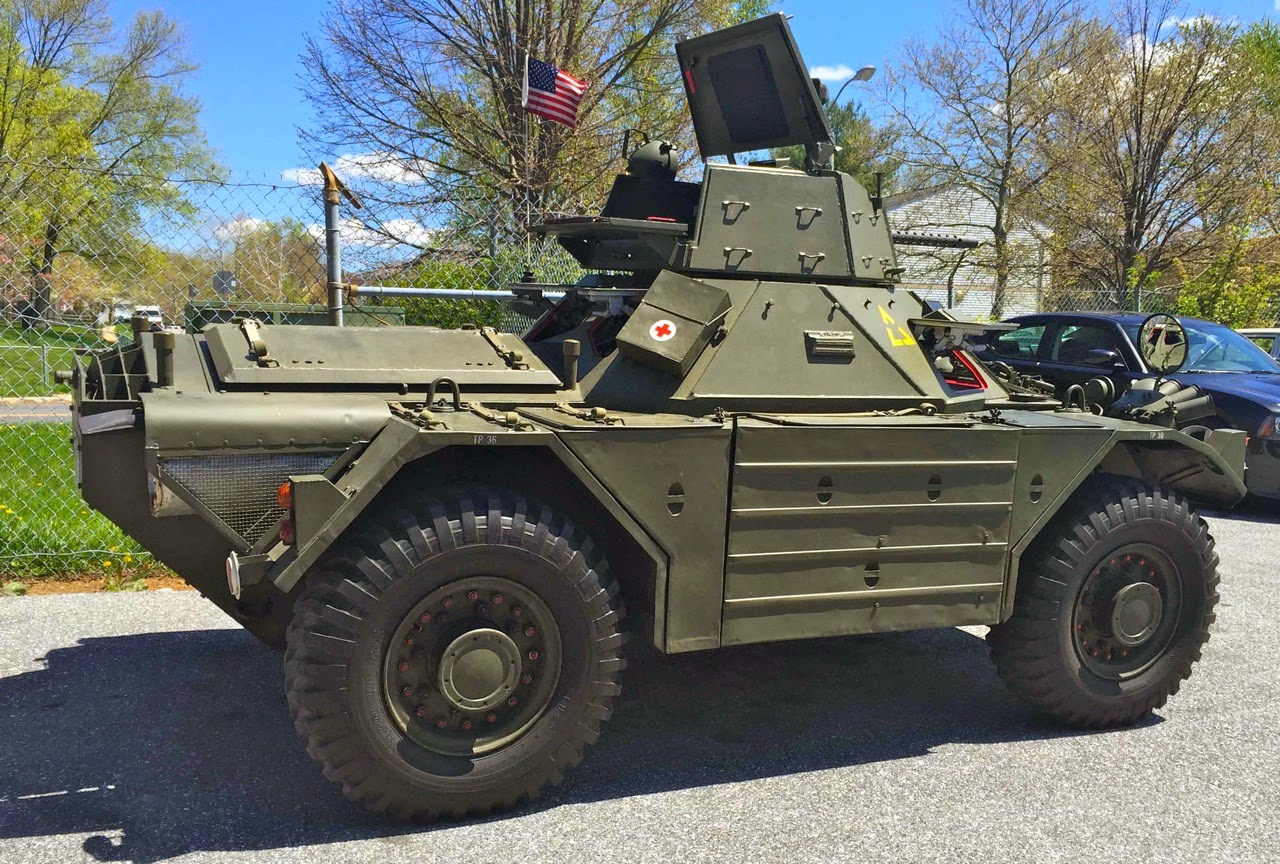 British ‘59 Ferret lightly-armed recon vehicle was built by Daimler UK and powered by Rolls-Royce. Armed with a 30-caliber machine gun and smoke grenade launchers, it carried a two-man crew at close to 50 mph. You cannot believe how popular this was with all of the show-goers, especially the youngest ones. 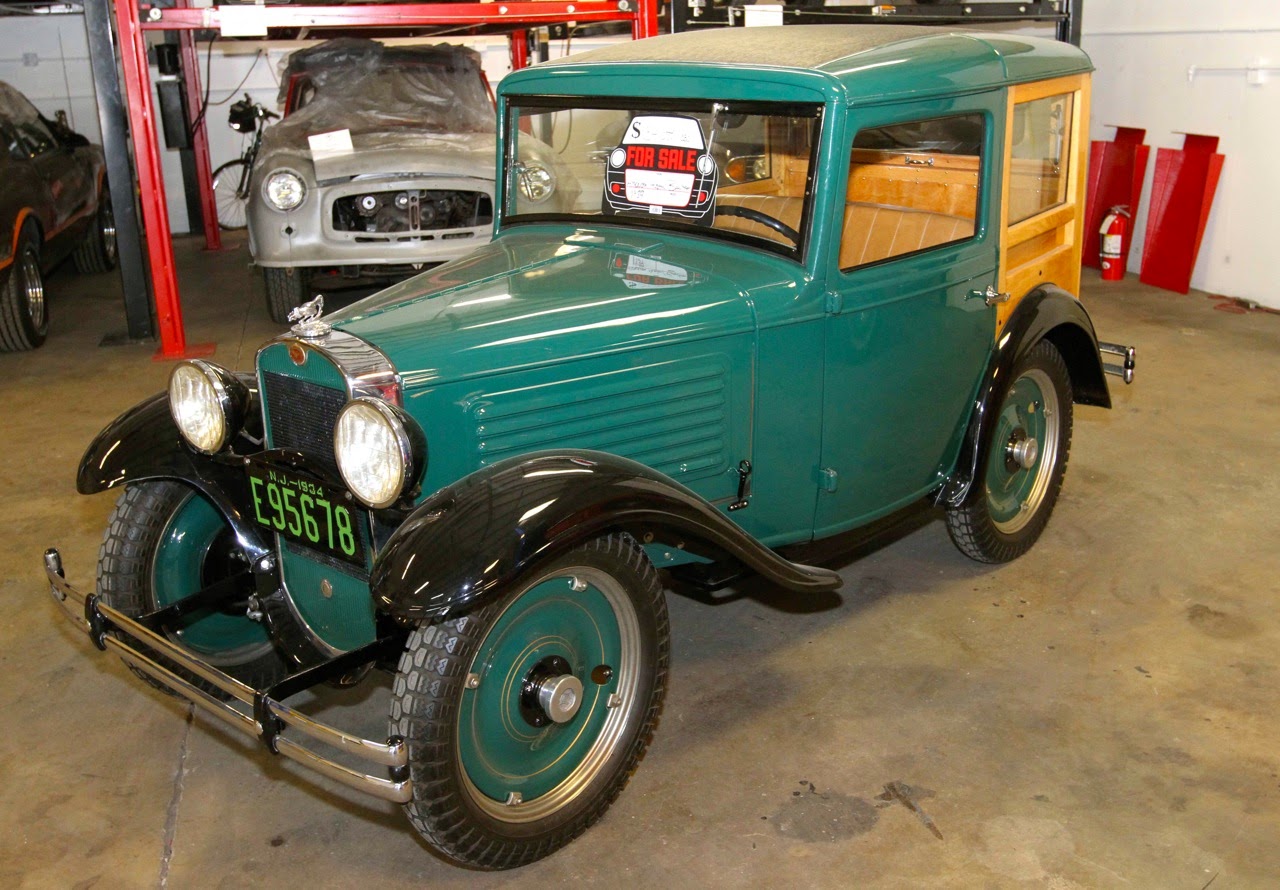 American Austin and its successor American Bantam was a Butler, PA company that produced cars based on the British Austin 7. They tried to introduce America to the small car, but the Depression and onset of WW ll led to financial ruin. But not before they produced some well styled cars like this “Woody” wagon. American Bantam’s other claim to fame, is that they originated the Jeep (originally called BRC or Bantam Reconnaissance Car) during WW ll. 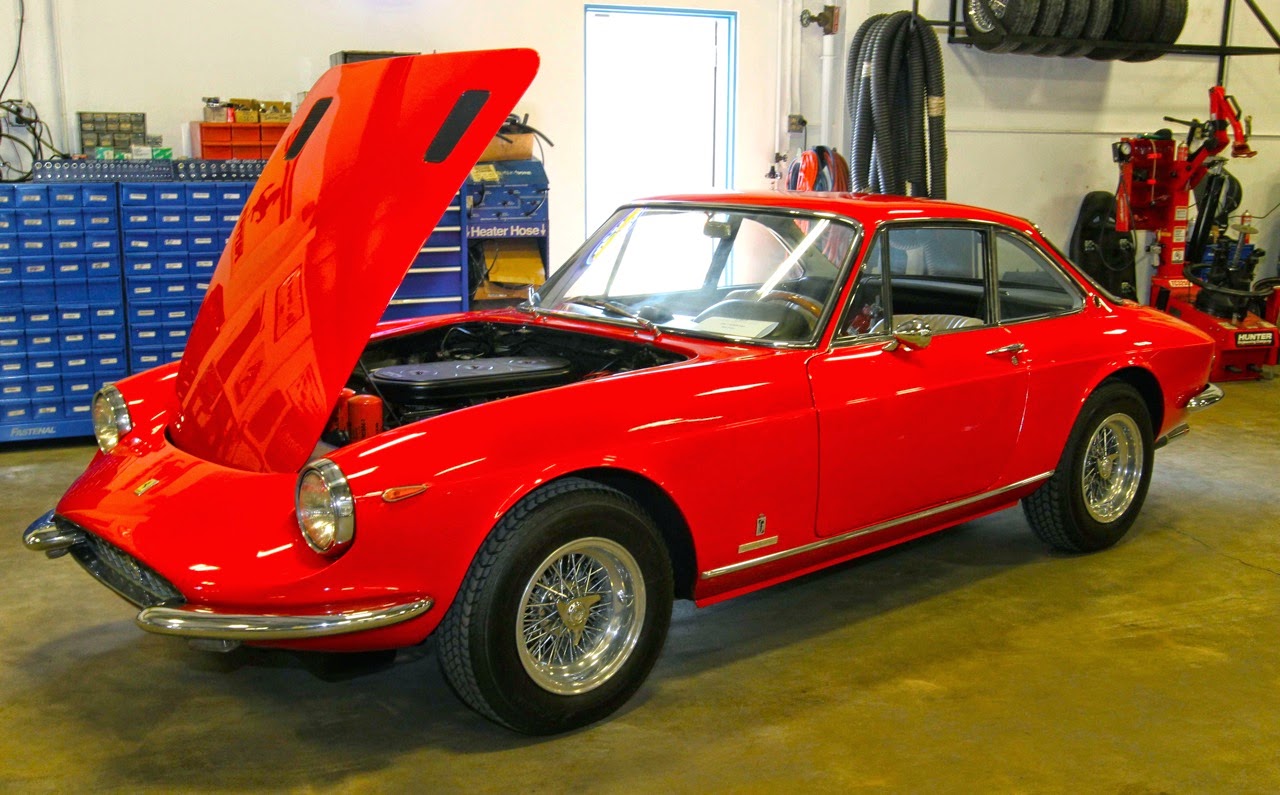 The Ferrari 365 GTC bears a displacement upgrade from its predecessors, while still featuring the rear-mounted transaxle and four-wheel disc brakes of the earlier cars. About the only external styling difference are the hood vents, earlier cars having vents behind the front wheels. There is just something about a front engine, twelve-cylinder Ferrari that stirs the senses. The cars are “just right” somehow. 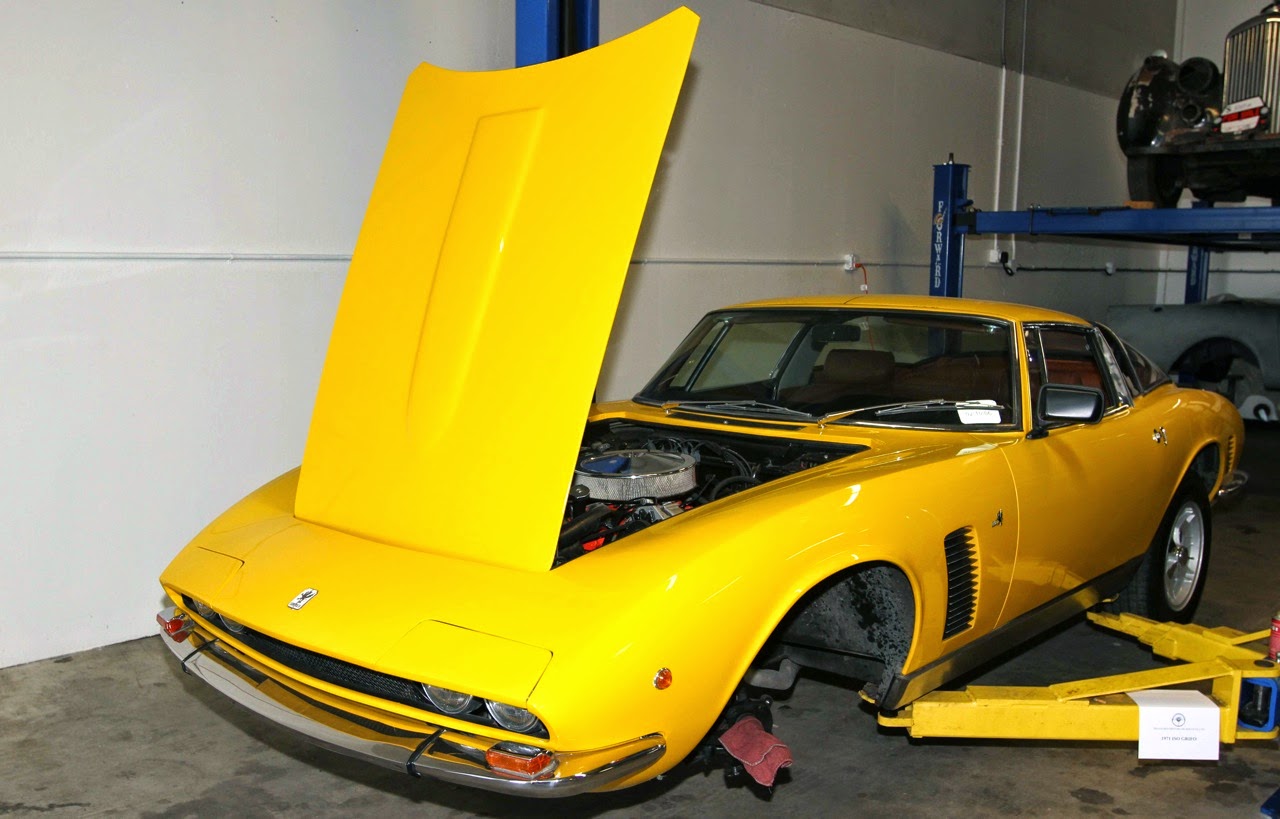 In for brake work (apparently NAPA doesn’t stock rotors for it!) is this ultra-rare, targa-roof, Series II Iso Grifo. The “Fly Yellow” coupe, restored in the 1990s by Bill Tracy, Sarasota, FL, combined the practicality of a Corvette drivetrain with the flair and style of Italian coachwork. All of that along with luxurious interior appointments resulted in a highly desirable GT.

NOTE: We would be remiss if we did not mention the recent passing of Geoffrey Griffiths who, along with wife Barb, established TMS. Geoffrey came to America in the late 1950s with Lucas. The years that followed saw him help establish Lucas here as well as becoming a fixture at sports car races and events. His automotive passion would see him follow a path resulting in the founding of TMS, a company still going strong today under daughter Allison’s management. From all of those at CarGuyChronicles, our deepest sympathy to the Griffiths family.