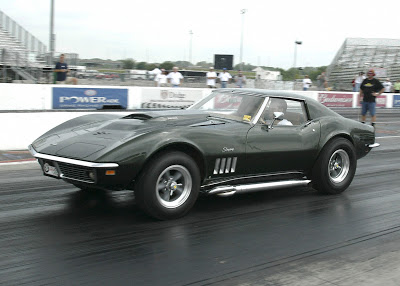 After serving in Vietnam in 1968, David McCaughey returned home to Southampton, PA. He had read about Phase III Corvettes in magazines and Baldwin-Motion catalogs while in Vietnam and wanted a Motion-powered Phase III Corvette. Had he not found a great deal on a new one in stock at nearby Reedman Chevrolet in Langhorne, he would have ordered his Corvette along with a Phase III conversion from Baldwin-Motion’s Joel Rosen.  On March 14, 1969 McCaughey took delivery of a 427/435 tri-power Fathom Green coupe at Reedman. With a temp tag in place, he drove to Baldwin, NY for a meeting with Joel Rosen. 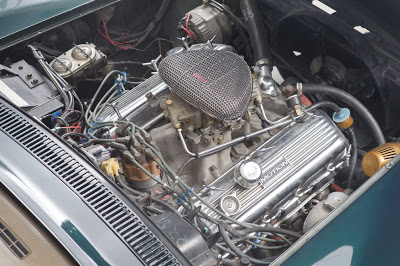 McCaughey wanted Rosen to build him what was essentially a Baldwin-Motion Phase III Corvette, only built using his brand new big-block Corvette. He wanted a Corvette that could run 10-second track times plus comfortable cruising speeds and a top speed of 150-160 mph.
To deliver this level of performance, Rosen came up with the combination: A bored and stroked 482-inch big-block, above, fitted with cast-iron open chamber ZL/X heads and backed up by
a four-speed fitted with a Hone-O-Drive auxiliary transmission. It was to be the most powerful Phase III street Corvette built by Motion! 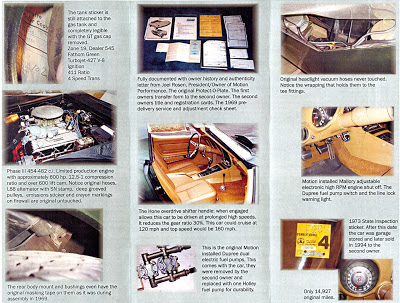 Under the Corvette’s hood is a bored and stroked 482-inch big-block with a ¼-inch stroker crank, oversize forged 12.5-to-1 pistons, 600-inch-lift solid cam and topped off with cast-iron (ZL/X) dupes of the ZL-1 aluminum open chamber heads. An Edelbrock TM2R aluminum intake manifold with Holley 850-cfm four-barrel finishes off the blueprinted LS6 engine. 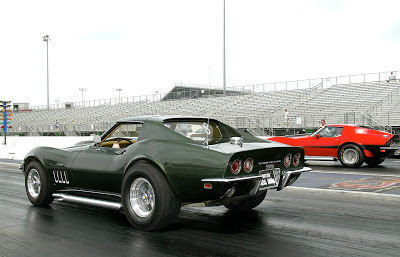 Rather than simply a modified car, this incredibly original Phase III Corvette is a completely engineered car, with chassis, suspension and driveline modifications tailored to enhance the car’s total performance. Backing up the engine is a four-speed fitted with a Hurst shifter & LineLoc, a SEMA-approved clutch/flywheel assembly and scattershield and a 5.13 Posi rear. 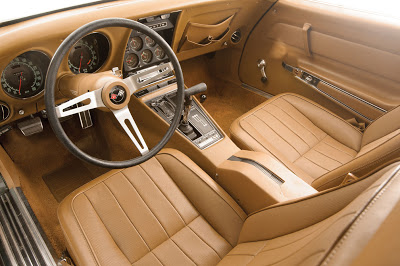 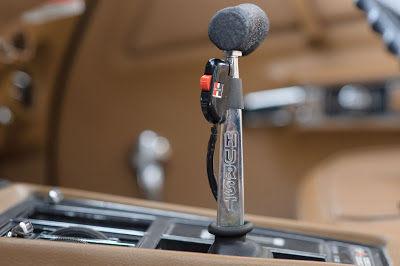 Chassis mods include Super-Bite suspension with traction bar and specially calibrated Koni and Cure-Ride shocks. A Hone overdrive auxiliary transmission was added so that the 5.13-geared car could also cruise at reasonable rpm. When engaged, the Hone OD effectively reduces the 5.13 final drive ratio by 30 percent to 3.60-to-l. 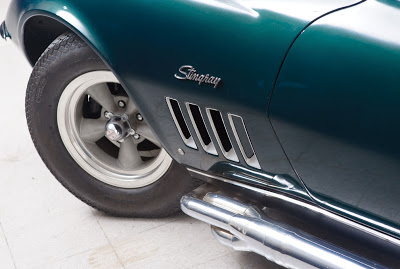 In addition to being documented by Joel Rosen as a genuine Motion Phase III Corvette, there is a complete paper trail dating back to pre-delivery paperwork from Reedman Chevrolet. 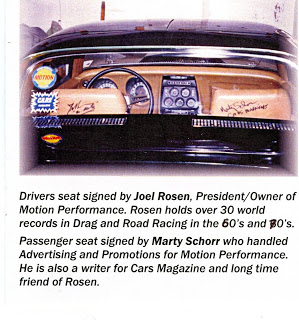 In August 2005, the Motion Phase III Corvette crossed the block at the RM Monterey Sports & Classic Auction, bringing $198,000.  The buyer was the late high-profile lawyer John O’Quinn and the Phase III Corvette became part of one of the largest classic and sports car collections in the country, in Houston, TX. It is to be auctioned this month by Auctions America in Ft. Lauderdale, FL.

For more information on this Corvette and the auction, please visit http://auctionsamerica.com/events/feature-lots.cfm?SaleCode=FL13&ID=r214&Order=runorder&feature=grouping=&category= 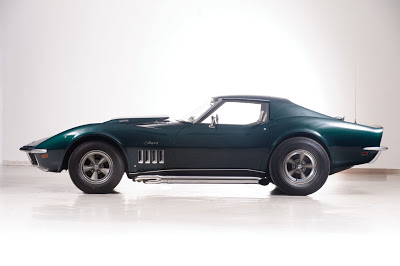 Its story is also in MOTION, Tales of a Muscle Car Builder, http://www.amazon.com/Motion-Performance-Tales-Muscle-Builder/dp/0760335389