More than 100 automotive icons, including HOT RODS: SPEED OF SAND, will be showcased in classes from The Pursuit of Speed to The Era of the Hypercar, at the London Concours 2020. 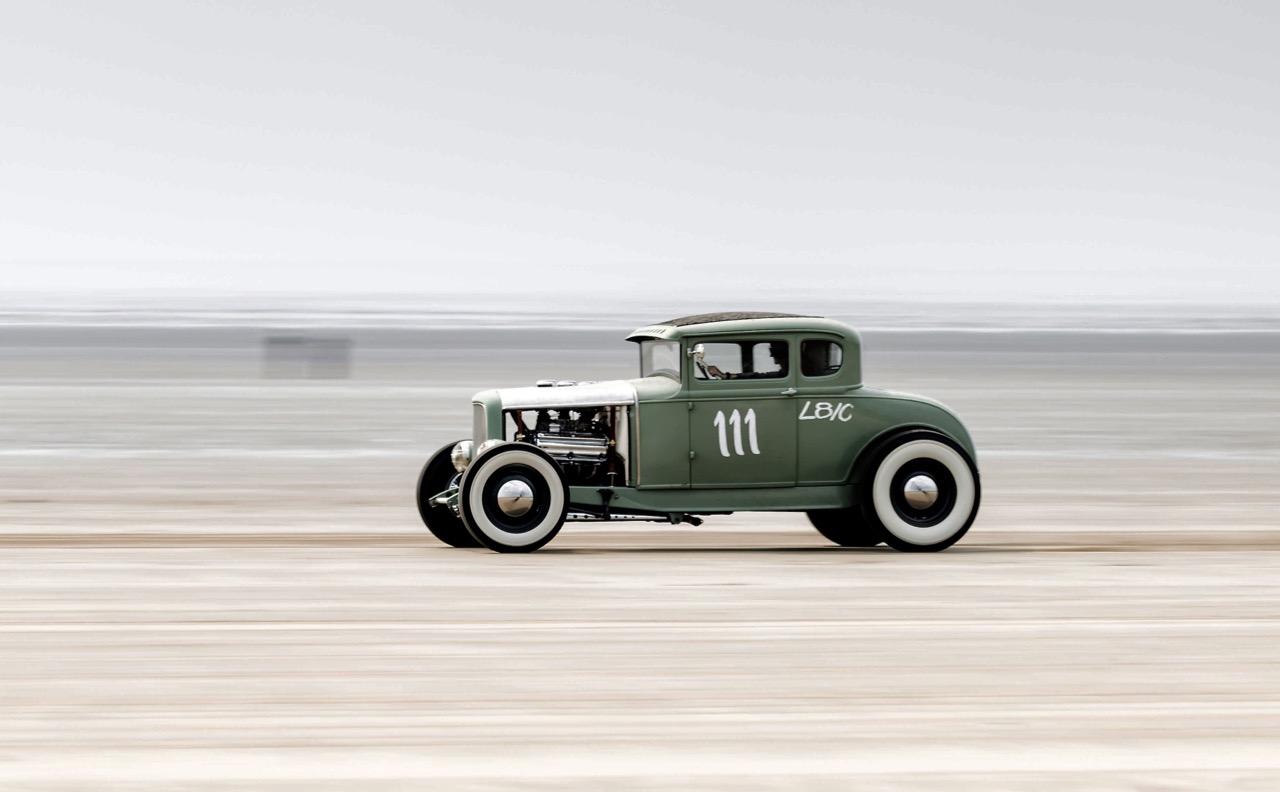 The London Concours, presented by Montres Breguet, will be hosting a unique celebration of Hot Rod culture during its 2020 event. The Speed of Sand class, presented by the Ace Café (famous for its Hot Rod evenings) and the VHRA (Vintage Hot Rod Association), celebrates pre-1949 American Hot Rods and their annual pilgrimage to Pendine Sands. Organized by the Vintage Hot Rod Association, the annual Pendine Sands Hot Rod Races see over 150 pre-1949 modified American cars converge on the beach to battle it out for class records, entry to the 100-mph club and, ultimately, for the King of the Beach crown. Differing from most other beach racing, on Pendine Sands it’s all about hitting top speed rather than a short sprint.

The Sands were once known as the fastest place on Earth, thanks to a fierce rivalry in the 1920s between Sir Malcolm Campbell and J.G. Parry-Thomas, both of whom fought for the land speed record on the seven-mile arrow straight stretch of hard sand running from the village of Pendine towards Ginst Point. Ever since 2013’s VHRA Hot Rod Races, speed has returned to the Sands, attracting a global audience of hot rod enthusiasts, many of who will be represented at the London Concours’ HOT RODS: SPEED OF SAND exhibit.

Rebecca Dunn, three-time King of the Beach, the fastest woman on the sand, will also be at London Concours with her ‘30 Ford Model A coupe, top. As with most hot rods, a lot of things are chopped and changed from multiple brands and models; the Model A runs a 330-cubic-inch DeSoto Hemi engine. It also sports Lincoln brakes and Buick finned drums, and other bits and bobs from Ford and Plymouth. On the sand, there are only two women who have managed to break the 100-mph barrier in their own cars and Rebecca is one of them. 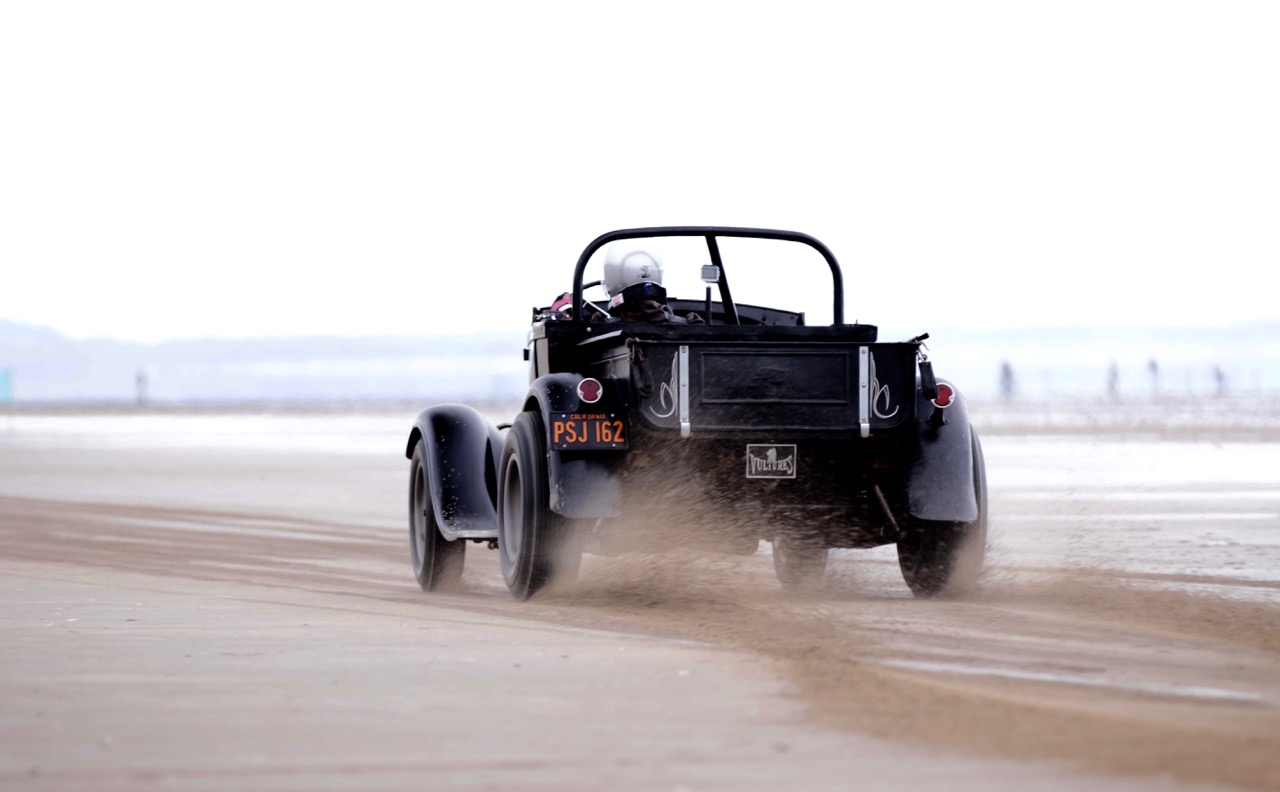 Matt Farrant, three-time King of the Beach will be bringing his ‘29 Ford Model A roadster pickup, above. Having taken many forms before his stewardship, Matt’s Model A was stock for many years until an unfortunate engine failure. That’s when ideas for a 1950s California-style hot rod, complete with Chevrolet V8, came up. It’s now an early-1960s style street roadster. His goal is to run a 12-second quarter mile on a drag strip, as well as bettering the 119 mph he has clocked on the sand. Despite being so performance orientated, the Model A is still used as a road trip car, racking up thousands of miles on smooth tarmac each year. 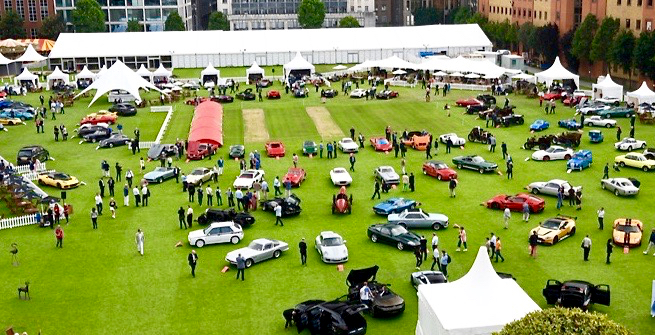 Andrew Evans, London Concours Director, said: “More than anything, the London Concours is a celebration of automotive passion, in all its forms. The Hot Rod scene is one of the most spectacular motoring sub-cultures; rightly championed by the Ace Café, by the Vintage Hot Rod Association and now, by us. We’re honored that so many of these incredibly detailed and passionately engineered creations will be joining our collection of the world’s finest cars on the lawns of the HAC (Honourable Artillery Company HQ). 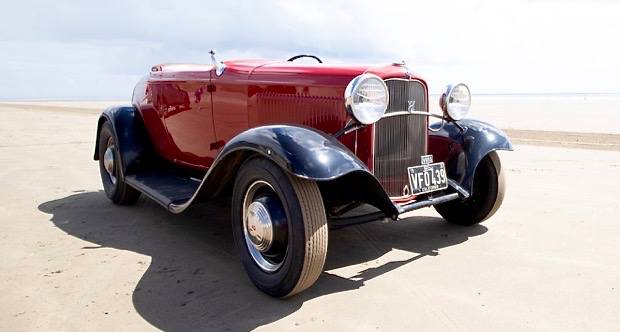