Now in its third and updated edition with almost 500 pages, more than 850 photos and weighing in at over five pounds, this must-have book is actually a research library dedicated to the road racing history of GT40: FORD THAT BEAT FERRARI. 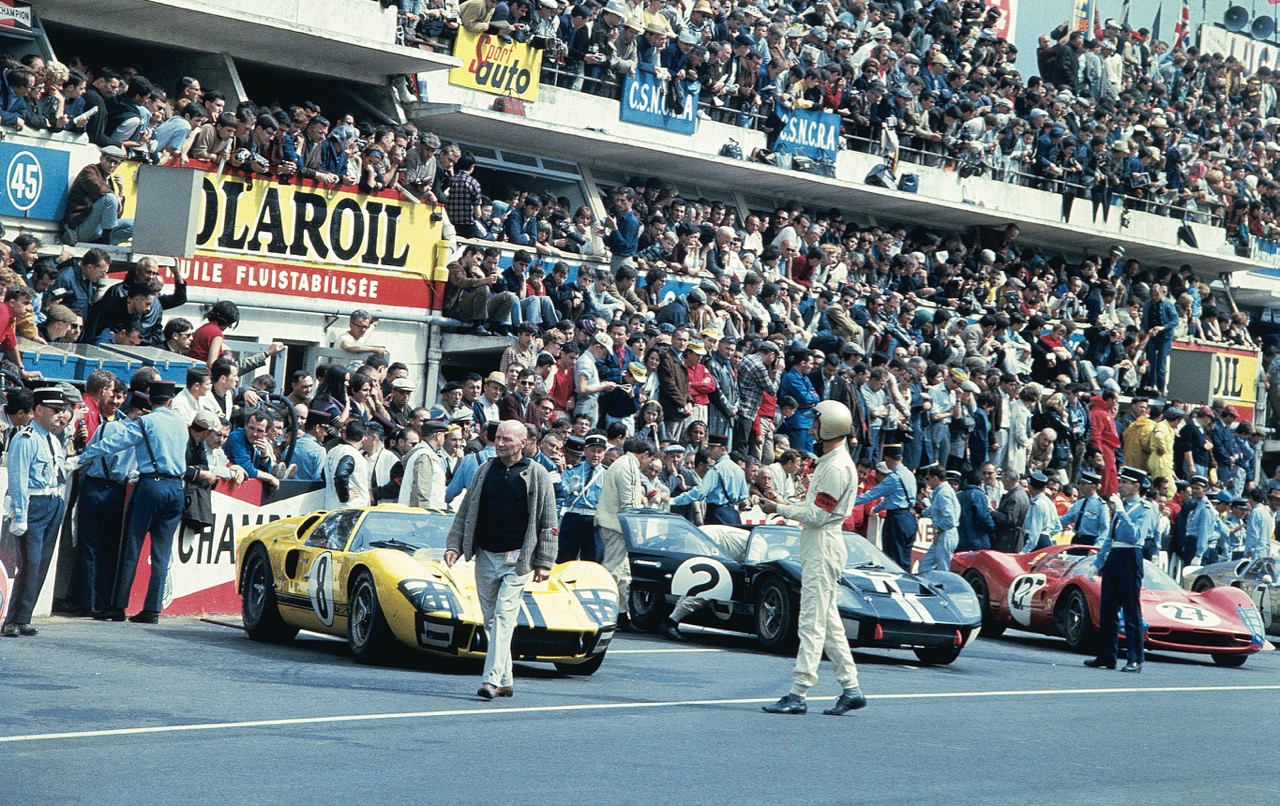 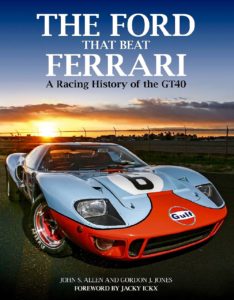 When John Allen and Gordon Jones authored the first edition in 1985, Ford GT40 racecars and road models and Mark III variants were just expensive vintage cars, not platinum-priced collectibles as they are today. With GT40s trending thanks to the film Ford v Ferrari, Allen & Jones’ THE FORD THAT BEAT FERRARI, A Racing History of the GT40 is incredibly relevant and truly right for the times. It is unquestionably the best storytelling book on the subject. Plus it deals with the return of the Ford GT in 2005-2006 and its second coming in 2016 and win at Le Mans.

Unlike the Oscar-winning Ford v Ferrari, Evro Publishing’s THE FORD THAT BEAT FERRARI is an accurately-detailed and totally factual history of the car that upset Ferrari’s lock on endurance racing, starting in 1966. Authors Allen and Jones do a deep dive into the heritage of the Ford GT (and its Ford-powered Lola Mark VI GT lineage) before it became a GT40. The roles played by Roy Lunn and John Wyer, working with Lola’s Eric Broadley, and later with Carroll Shelby and Holman & Moody are not just glossed over like in many of the books on the subject. Shelby American’s Phil Remington, master fabricator, was involved at all stages of development right up to being in the pits at Le Mans in 1966 and 1967 for the big wins. John Wyer’s Gulf-sponsored GT40 (P1075) that won Le Mans in 1968 and 1969 is detailed and graces the jacket cover of the Allen & Jones GT40 racing history encyclopedia. 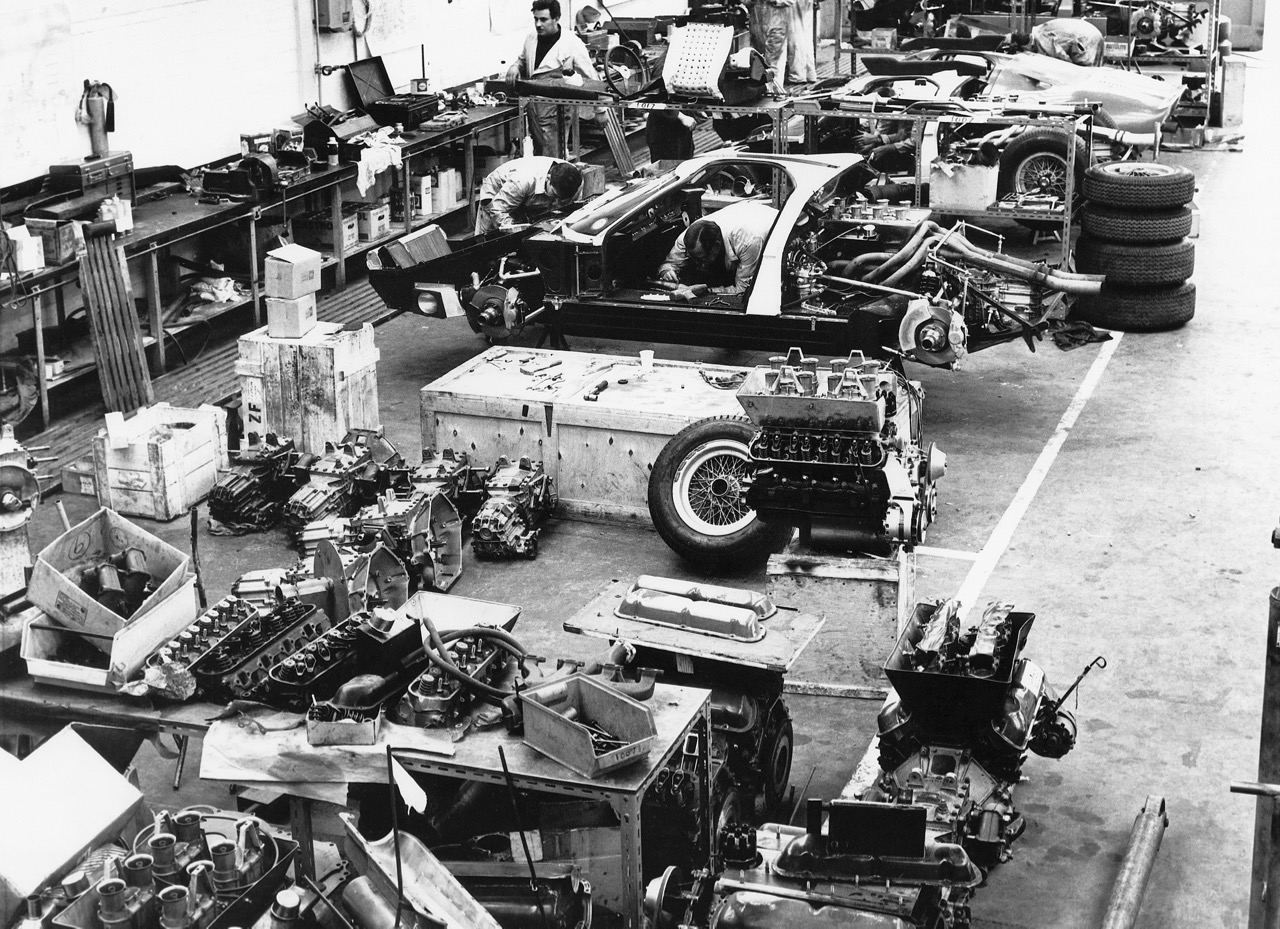 GT40: FORD THAT BEAT FERRARI takes you on a guided tour of the FAV workshops, above, in Slough England where the GT was born to Kar-Kraft in Michigan where it became the GT40 and later got its first 427 engine, below at Le Mans, and where the MK IV was developed and built to the Shelby American and Holman & Moody race-prep shops in California and North Carolina respectively. I really enjoyed the coverage of all 68 privateers around the world and the GT40s they purchased and raced. Most books deal only with the Ford and Gulf sponsored teams and high-profile individuals. 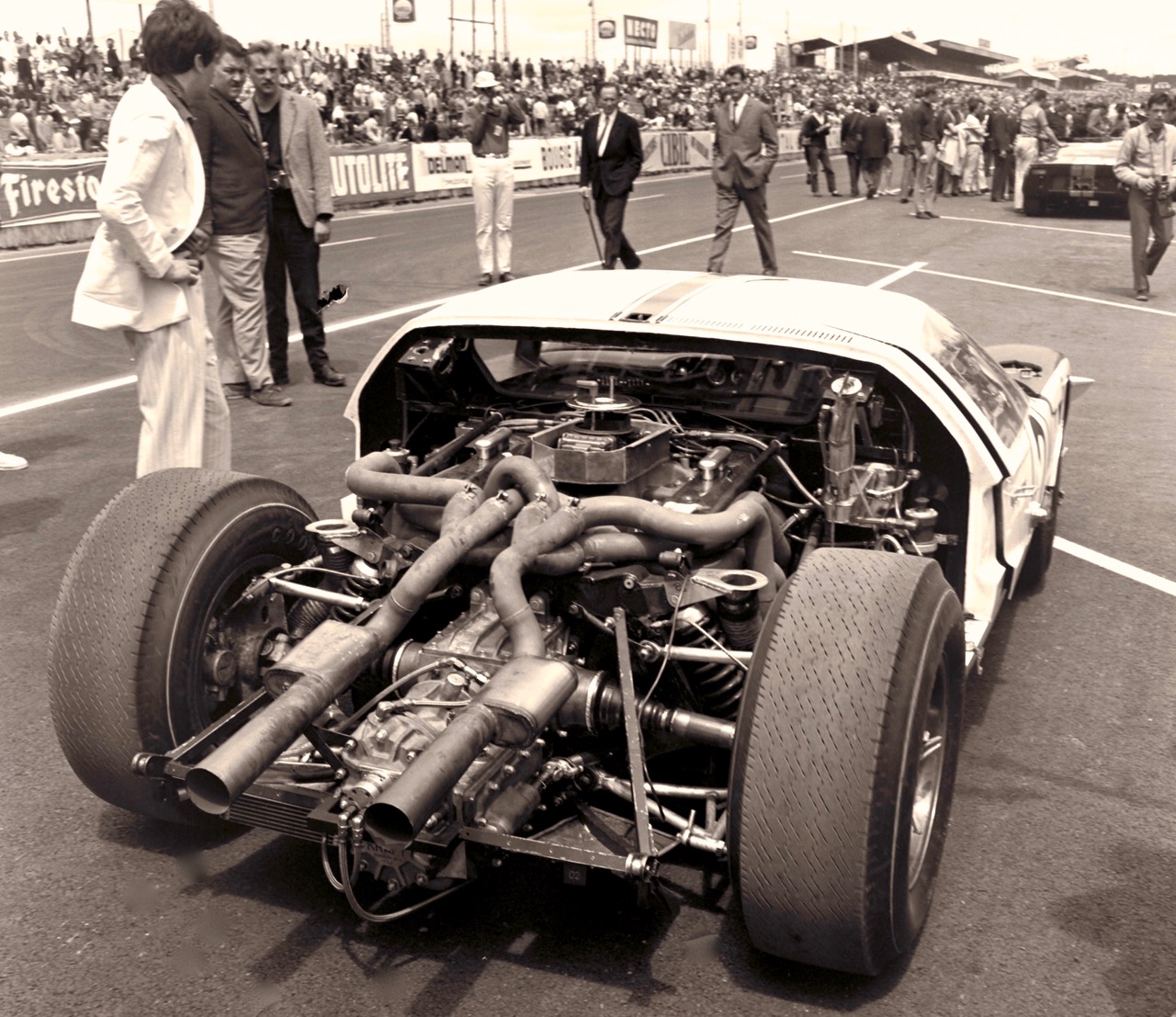 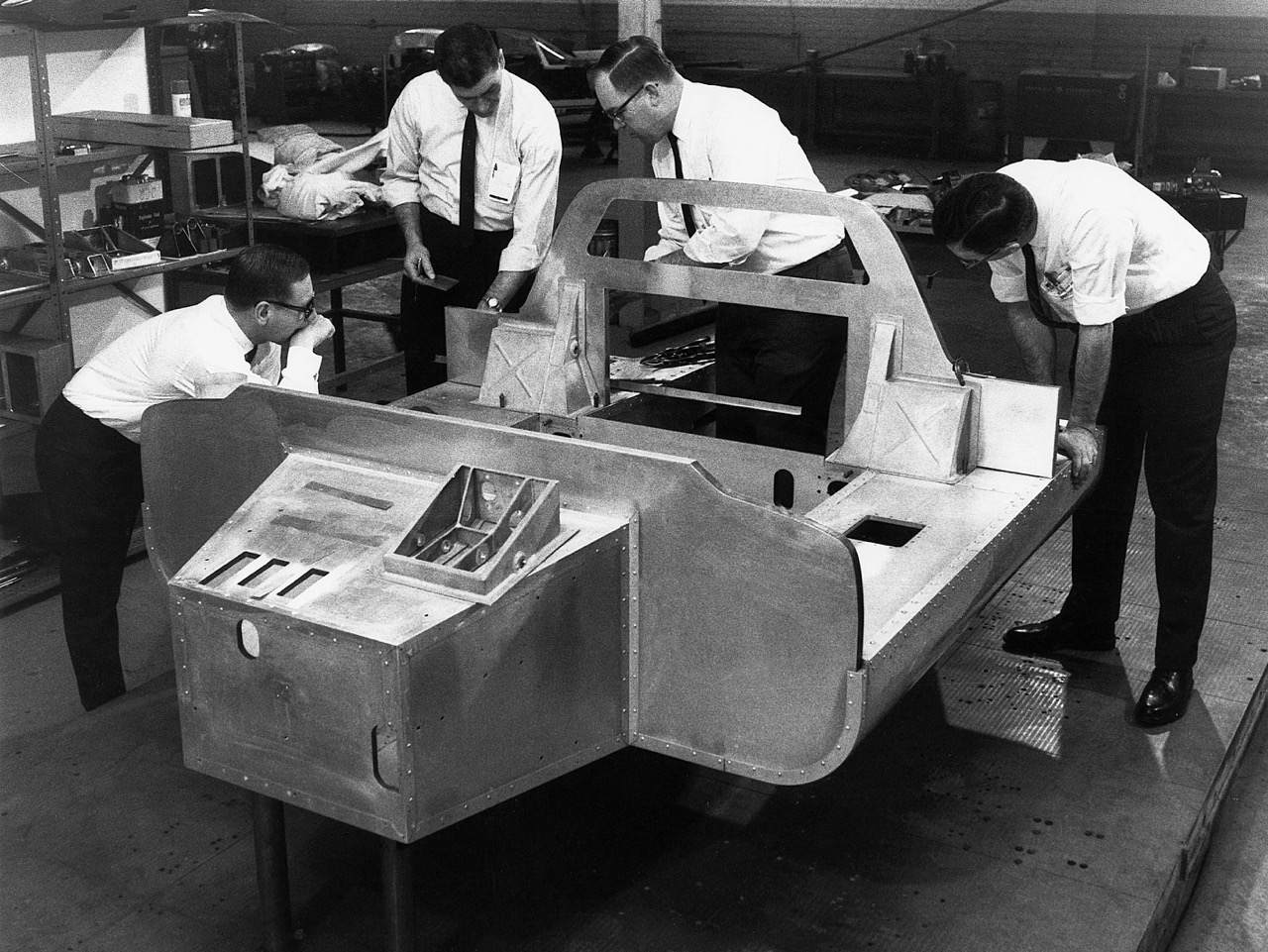 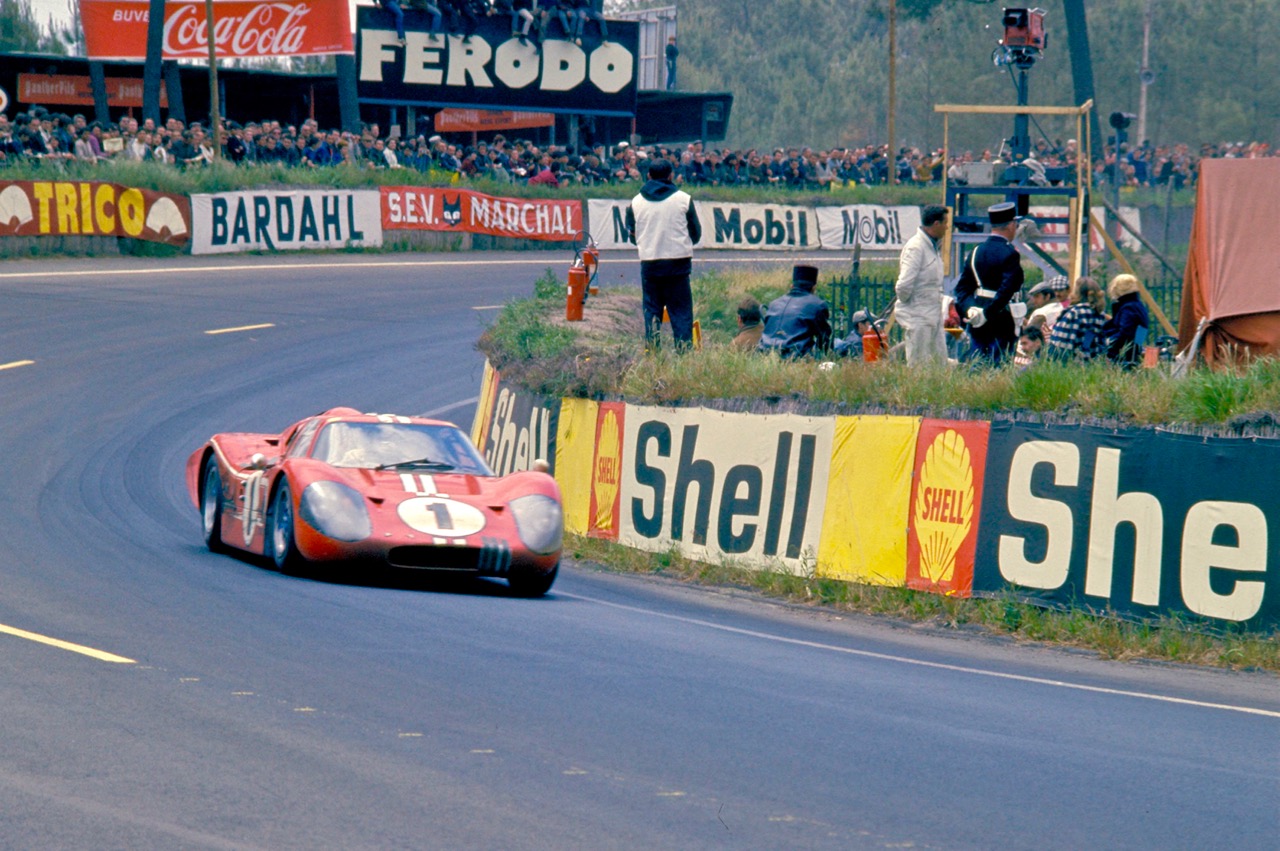 I should mention that Roy Lunn, Godfather of the GT40, was a good friend, below with Roy and my Ford GT, and I’d spent many hours with him at his home in Sarasota, FL going through his archives and library. In 2015 I produced and presented a nomination package for his induction into the Automotive Hall of Fame. Fortunately he was inducted in 2016; he passed away in 2017 at age 92. When going through his library doing research on GT40 history with him we came across an earlier edition of THE FORD THAT BEAT FERRARI and I remember him commenting, “This is THE book you have to read.” The current third edition, updated to include the new Ford GT is truly THE one to read! 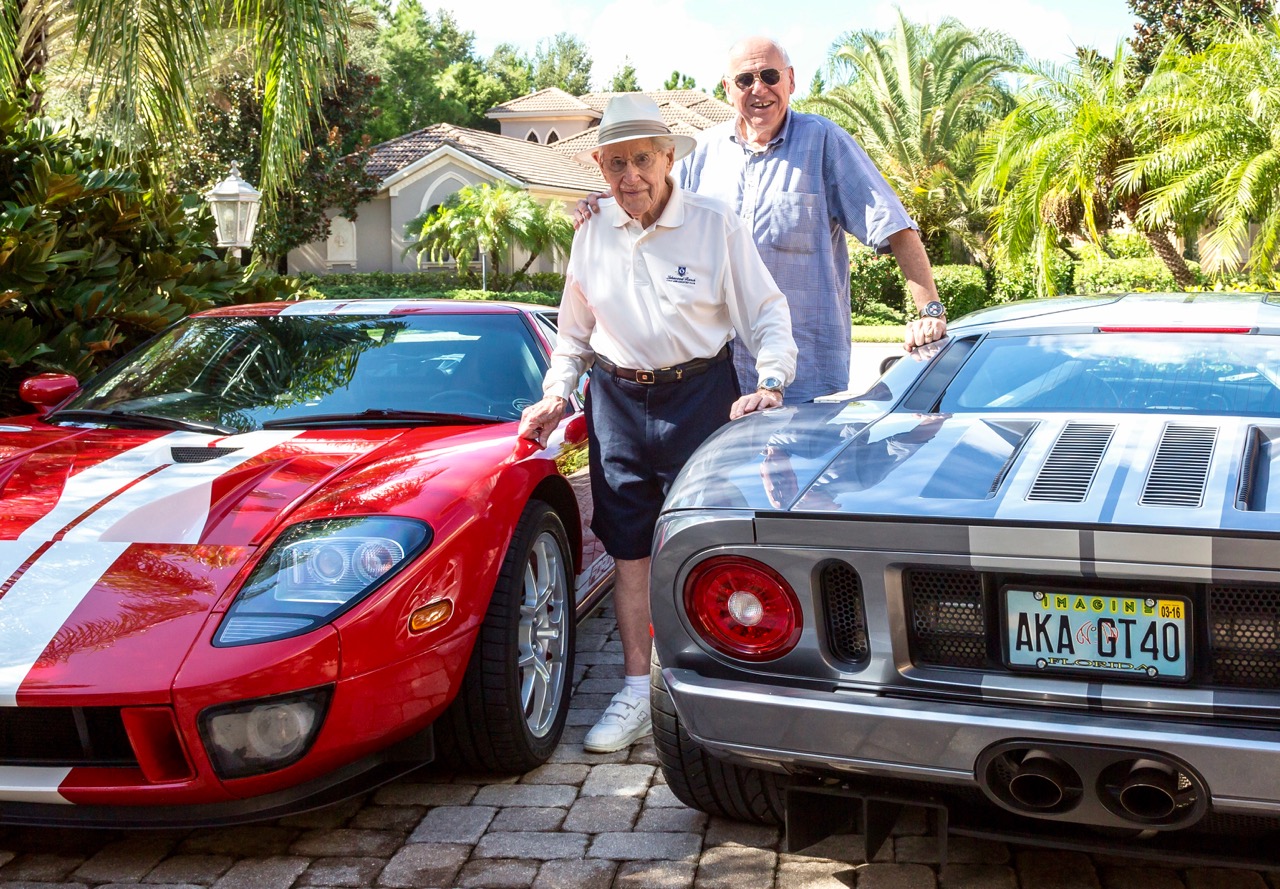 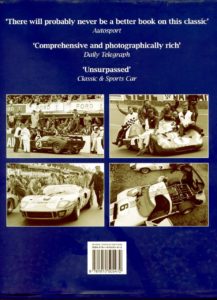 GT40: FORD THAT BEAT FERRARI gives new meaning to the phrase, “coffee table book”. This one weighs as much as some coffee tables, ruling out taking it on a plane trip! If you buy just one book about the racing history of the iconic GT40, road models, Ford’s limited-production 2005-2006 and latest GT variant introduced in 2016, this is the one, https://www.amazon.com/Ford-that-Beat-Ferrari-History/dp/1910505471/ref=sr_1_fkmr0_1?keywords=The+Ford+That+Beat+Ferrari%2C+3rd+edition&qid=1582145817&s=books&sr=8-1-fkmr0