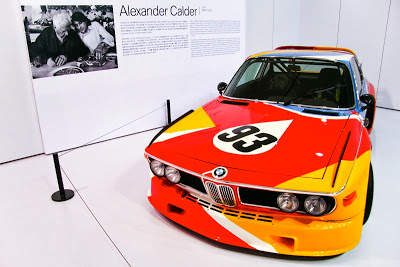 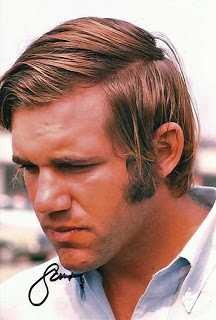 BMW’s Art Cars debuted to the public in Paris at the Musee des Arts Decoratifs at the Louvre in May 1975. It was an elegant creative alliance of racer and art auctioneer Herve Poulain and American sculptor Alexander Calder mixed with the foresight of BMW Motorsport chief Jochen Neerpasch. Calder started with a scale model of the Batmobile, cloaking it in broad swaths of red, blue and yellow while ignoring the car’s structure and shape.

“Calder’s genius was to use primary colors,” said Sam Posey, right, the American artist and racer who drove Calder’s Batmobile at Le Mans in 1975.

In BMW’s international headquarters (Munich), the Calder Le Mans 3.0 CSL Batmobile was painted accurately to the smallest detail, including Calder’s signature on the left rear fender. BMW motorsport produced not only a 3.0 CSL Batmobile as the artist’s canvas, also entered a real racecar in the 1975 24 Hours of Le Mans. 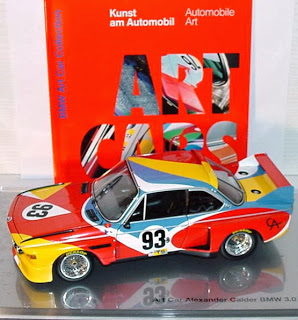 “Neerpasch had the Calder Art Car insured for $1 million as a work of art,” said Sam Posey. “It was brilliant. The whole art world picked up on that.” 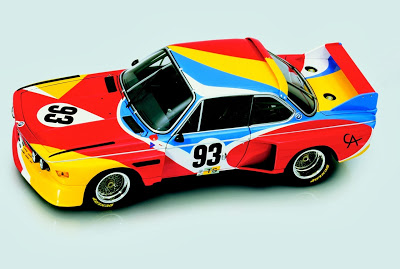 “In the final 15 minutes of qualifying Thursday night, just before midnight, I got a perfect lap,” said Posey. “I got the esses and Tetre Rouge just right. The BMW was really fast, but I caught a draft from a prototype going all the way down Mulsanne; probably the best lap of my life.” 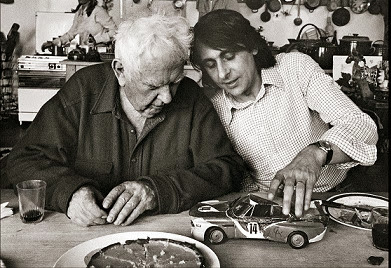 Despite the retirement, a motorsport tradition had been born. The fans adored Poulain’s Art Car concept, Calder’s vivid work and the BMW’s fast Batmobiles. BMW Art Cars from American artists Frank Stella, Roy Lichtenstein and Andy Warhol followed Calder’s seminal creation. It was one of Calder’s final major works. He died in 1976. Calder, above, with Poulain. 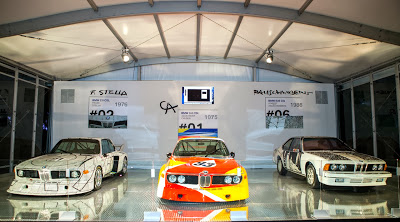 “BMW gave me a chance to drive with Brian Redman at Mosport or do Le Mans that weekend.” said Posey. “We had an extraordinary race. Calder flew in about an hour before the start. His studio was about 60 miles south of Le Mans. I think he was aiming for something playful. But imagine that; he ended up with a serious artist at the wheel.”