Skip to content
Our man on the Left Coast, Jim Palam, blogs about some two and four-wheel machines you may have missed while binge-watching the hobby’s premier auction. 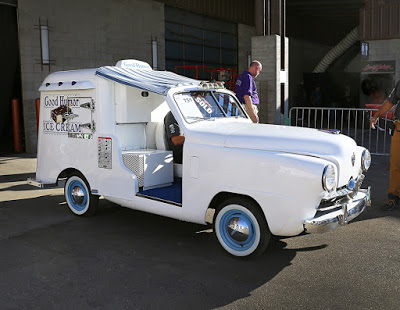 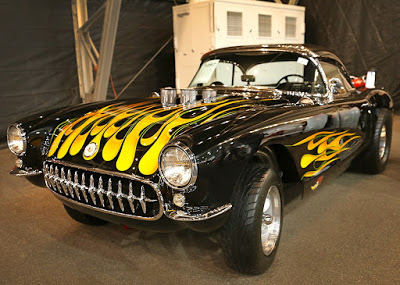 While overall auction totals at Barrett-Jackson, Scottsdale showed a decline from the big numbers in 2015, there was little evidence of a downswing in enthusiasm for sellers, buyers and attendees at the self-proclaimed, “World’s Greatest Car Auction” in 2016. Our West Coast contributor Jim Palam looked for vehicles that were less in the media’s spotlight and more in the hearts of the Car Guy throngs enjoying the extravaganza. Take a look…

Got A Sweet Tooth? Then this ‘51 Crosley conversion Good Humor truck, top, is just what you need. It was quickly gobbled-up for $27K. In One Word, Deadly. The Black Widow, above, was a truly lethal competitor when it was campaigned throughout the Southwest by Don’s Chassis Shop during the 1960s-1970s. Induction setup today includes Hilborn EFI from Imagine Injection of Phoenix. 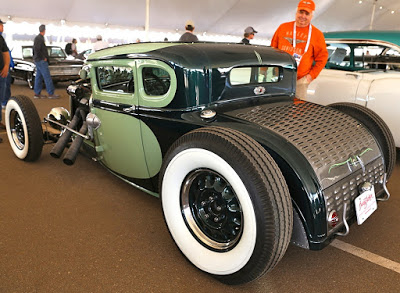 So Good It’s Spooky! This is the original Voodoo Psychosis ‘30 Model A custom coupe that was owned by “Voodoo Larry” and featured on the covers of many hot rod magazines. Hand painted inscription over the driver’s door reads Is there a problem officer? 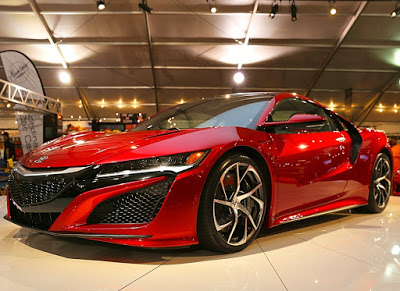 Drool Factor of 10! This ‘17 Acura NSX is Vin #001. It was designed, developed and manufactured in the U.S. and sold with all proceeds going to benefit the Pediatric Brain Tumor Foundation and Camp Southern Ground. 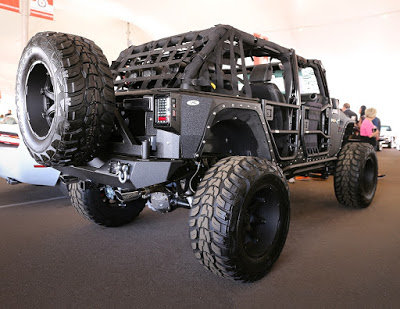 Big, Mean & Clean. This bad-ass Jeep Wrangler Custom SUV was built by KAO Autostyling and was a SEMA Show standout in 2015. It hammered at $88K! 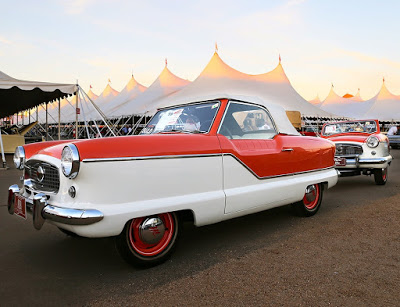 This Hard To Photograph Cuz Chicks Are Always Around It ’56 Hudson Metropolitan has a tag-along Metro front clip that serves as a tailgate bar and grill. It sold for $20K and will soon feed car guys in Muskogee, OK. Metropolitans are also branded Nash, American Motors and Austin (when sold in UK). 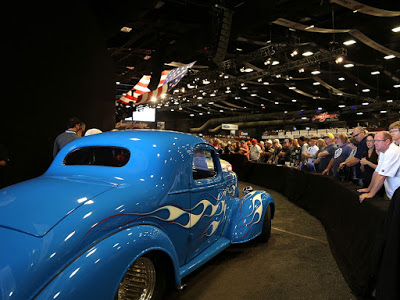 This all-steel ‘35 Chevy Master Custom Coupe was a crowd pleaser as it entered the main stage towing a matching paint scheme ‘80 Laveycraft. This rad combo was featured on Season One of Counting Cars. 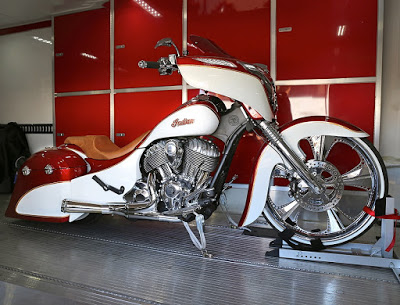 While exploring the Indian Motorcycle display outside the main auction arena I discovered this Big Wheel Indian Bagger tucked-away inside one of the transporters. It’s a biker build-off creation from Len Edmondson’s Azzkikr bike fabrication company. 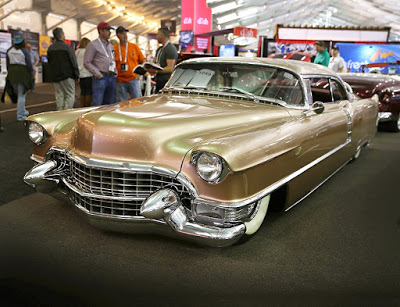 The Bronze God is a show-winning custom ’55 Caddy Coupe De Ville. The paint is flawless, the interior is fine Italian leather, and the numbers all matching. You gotta problem wid-dat?