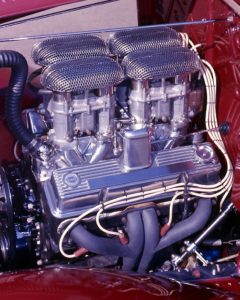 Neal East and Jack Stewart were two of the most prolific West Coast based freelance automotive journalists, specializing in hot rods and customs back in the day. In the early 1970s, their bylines showcased the latest and hottest trends in the rod and custom world.

I can’t remember exactly when California introduced its blue license plates, but it was during the 1970s. They’re just one more emblem of the Seventies – like bell-bottoms, beads, and disco. The blue plates also increased the number of digits from six to seven, because we had too many cars. Also because of that, for the first time you didn’t have to turn in your old plates. Thankfully, you could keep your black plates as long as you kept your car (but you couldn’t switch them onto a new car). If you sold the car, the black plates stayed with it. Further, the blue plates were the first that could be “personalized”: you could have anything punched on your plate as long as it took up no more than seven characters (including empty spaces), wasn’t already taken, and passed the censors. Oh yes, and you could keep your personalized blue plate and switch it to a new car, but very few did.

I bring this up because I was surprised to see the blue license on Bill Desatoff’s beautiful red ’32 sedan. Hardly any of these plates exist today and I, for one, had pretty much forgotten about them. But what surprised me more was what it said. “Low Buck” was a term I used during that era to describe cars that looked quite a bit different than this one, and I even put it on the sides of my own Low Buck Special racecar. 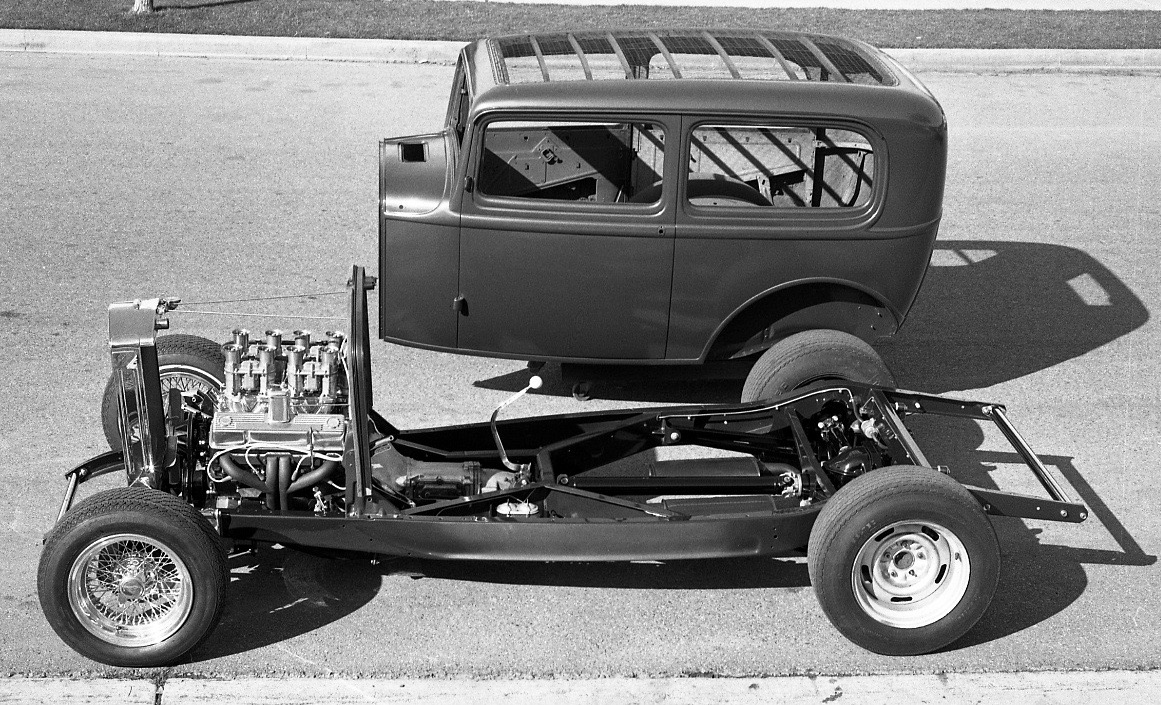 Bill Desatoff’s Deuce was not what I would call low buck. Yes, he built the whole thing in his home garage, from the chassis, suspension, and engine to the body and paint, sourcing components from a wrecking yard. But that’s what everybody had to do then. There were hardly any shops, other than a couple – like Dan Woods – that built mostly T-Buckets or C-Cabs.