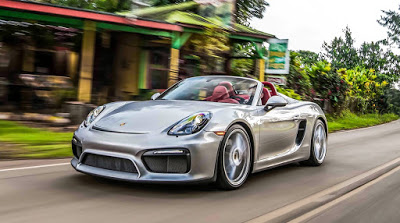 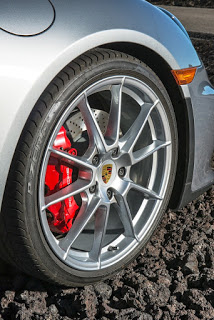 Maybe a decade from now, there’s an exceedingly good chance you’ll be lamenting the fact that you could have, no should have, bought a ‘16 Porsche Boxster Spyder.

How come? Not only is this the most powerful version of Porsche’s much-loved mid-engined roadster ever, it’s the grand finale of the naturally-aspirated six-cylinder Boxsters. From now on, Boxsters will come with an eco-friendly, though still potent, turbo-4 under the hood and re-badged as the 718 Boxster. So think of the Spyder as the end of an era, the last of the last, the David Bowie, the Prince of sports cars!

But cast aside any thoughts of potential investment opportunities and look at this latest $83,095 Boxster Spyder for what it is; arguably the most thrilling, most exhilarating, most fun-to-drive open-top Porsche you can buy today. 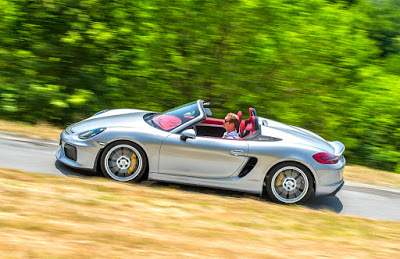 In creating it, Porsche has cherry-picked its supercar parts bin and extracted the best of the best. Its 375-horsepower 3.8-liter flat-six is just like the one that powers the 911 Carrera S. The laser-precise steering is from the 911 Turbo. The optional carbon-fiber bucket seats come courtesy of the million-buck 918 Spyder Supercar.

See it in the metal and it looks rare and exotic. Inspired by those skinny-bodied Porsche Spyders from the Fifties and Sixties, this latest iteration is distinguished by gorgeous sculpted double-bubbles behind the seats – Porsche calls them streamliners – and a bold front-end with air-gulping intakes big enough to ingest small animals. 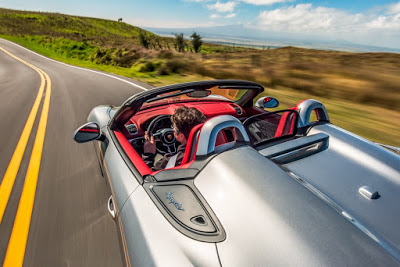 Of course it’s not for everyone. This is a stripped-down, bare-knuckle, hard-core version of the Boxster that comes with the promise of being ready to have race numbers glued to its doors and a place on the grid at Sebring.

It comes with any transmission you like as long as it’s a six-speed manual. It has a manual cloth top that admittedly shaves pounds, but is so awkward in actuation, it will have you cussing like Kanye. And, in the quest to do a Jenny Craig, it jettisons proper door handles for the kind of flimsy nylon straps you find on a Whole Foods shopping bag! 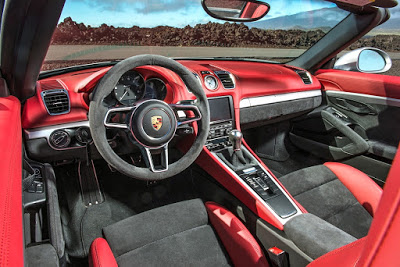 But to drive it is to adore it. As you’d expect, it’s blisteringly fast. Fast as a tennis ball off a Federer serve. Porsche claims it’ll rush from standstill to 60-mph in just 4.3 seconds, but subjectively it feels even quicker than that.

And an exhaust that has more demon voices than that gal in The Exorcist, heightens the feeling of insane acceleration. As the flat-6 shrieks towards its redline, it sounds like a F-16 on full after-burner. Lift off the gas and it’ll snap and snarl, crackle and pop as vocally as a NASCAR stocker on the Daytona banking. 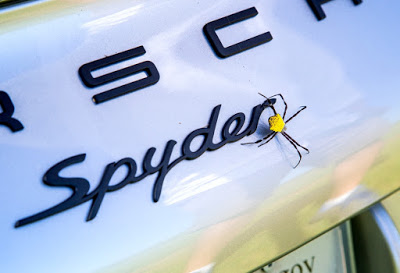 Anyone who decrees the days of the stick-shift are over should be required to take a spin in the Spyder. Its stubby shifter slices through the six-speed gate like a box-cutter through warm butter. It’s light, precise and an absolute joy to use.

I could regale you with stories of how I explored the upper limits of the Spyder’s on-road handling, scything through curves on the ragged edge. But I’d be fibbing. Only on a racetrack can you come anywhere close to determining when the massive 10-inch rear tires relinquish their awesome grip. 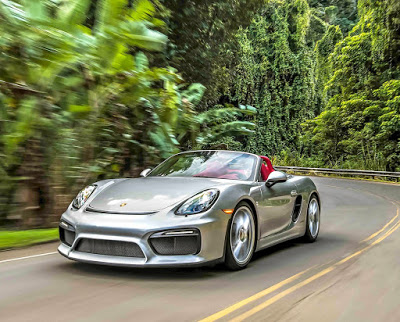 On normal highways and byways, no matter how sinewy, the Spyder just sticks to the blacktop like gum to velvet. And with brakes borrowed from the much-heavier 911 Carrera S, hitting the center pedal is like stopping time!

You’ll want to drive the Spyder topless, mainly because it’s such a terrific experience. That, and the fact that the cloth roof is such a pain to raise and lower.

While it’s a huge improvement over the flimsy bimini roof on the last-generation ‘10 Boxster Spyder, this one still requires plenty of tugging and snapping and shuffles around the car. Someone who has ever used the one-hand-operation folding top on a $26-grand Mazda Miata would fall about laughing.

But that’s the smallest of prices to pay for a car that delivers so much. A future classic? You bet. Don’t make it a coulda, woulda, shudda. Invest in this thrill ride before it’s too late. 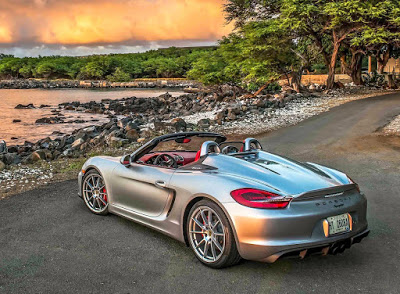 For more information about the latest rocketships from Porsche, please visit http://www.porsche.com/usa/models/