Skip to content
Our man on the track, Stephen Cox, talks with Richard Petty about his connection to the winged Superbird. 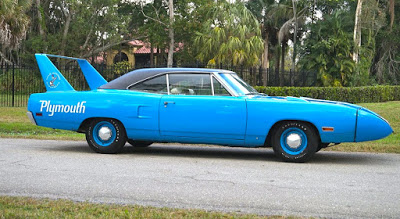 It has been claimed that Plymouth’s legendary winged ‘70 Superbird was the brainchild of NASCAR champion Richard Petty. The rumor has been around for decades but I’ve never found anyone with first-hand knowledge who could absolutely confirm or deny that the car’s origins truly began with The King of Stock Car Racing.

But opportunity knocked a couple of weeks ago when Petty was in attendance at the Mecum auction in Kissimmee, FL, which I co-host for NBCSN. I found him relaxing backstage late in the show and hollered, “Hey, King!” Although I don’t know him well, he looked up with his trademark smile and immediately held out his hand.

I asked him point blank whether he was responsible for the development of the Plymouth Superbird. Petty paused and laid the back of his hand across his brow. “Well, let me get the dates right.” 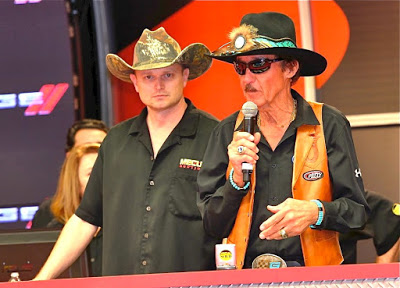 True, Petty had been dominant, winning 27 of 49 Grand National races en route to the championship in 1968. Rather than cough up the additional funds to stay current in NASCAR’s burgeoning aero wars, Plymouth was content to let Petty struggle against increasing odds.

Undeterred, Petty tried another angle. He asked if he could stay within the Chrysler family and simply move over to Dodge and drive the new Charger Daytona winged car for the 1969 season. Plymouth flatly refused. 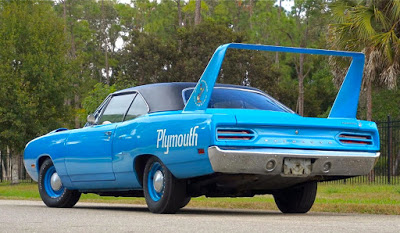 That same afternoon Richard Petty personally walked into Ford Motor Company’s front office. Ford executives took no risks, signing Petty to a one-year contract on the spot. Petty finished second in the points chase while winning ten races for Ford in 1969. It was enough. He didn’t have to return to Detroit to beg Plymouth for a winged car. This time, they came to him.

“The head man from Plymouth came walking into my shop,” Petty continued. “He said, ‘What do we need to do to get you back? I said, ‘Give me what I’ve been asking for.’”

Plymouth pledged to have a new winged car completed for Petty in time for the 1970 NASCAR season. Rather than re-inventing the wheel, they chose to use a modified version of the wildly successful Dodge Charger Daytona platform. Under NASCAR’s homologation rules, a limited number of Superbird street cars were built and sold through Plymouth’s dealership network. 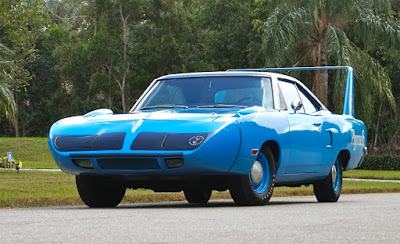 Behind the wheel of the car built specifically for him, Richard Petty and his Plymouth Superbird won 18 of the 40 races in which they competed in 1970, led nearly half of all laps and won nine pole positions. Despite being produced for only one model year, the road-going version of the Superbird became a legend in the annals of musclecar history.

Today, a concours-ready Plymouth Superbird will routinely draw bids from $100,000 to $300,000 at auction. They remain among the most collectible musclecars ever built.

“So there you go,” Petty told me with a smile. “That’s how it happened.”