The one-off F-TYPE rally cars also pay homage to the legendary Jaguar XK 120 ‘NUB 120’ that, in the early-1950s driven by Ian Appleyard, completed three consecutive Alpine Rallies without incurring a single penalty point. And, won the RAC and Tulip. 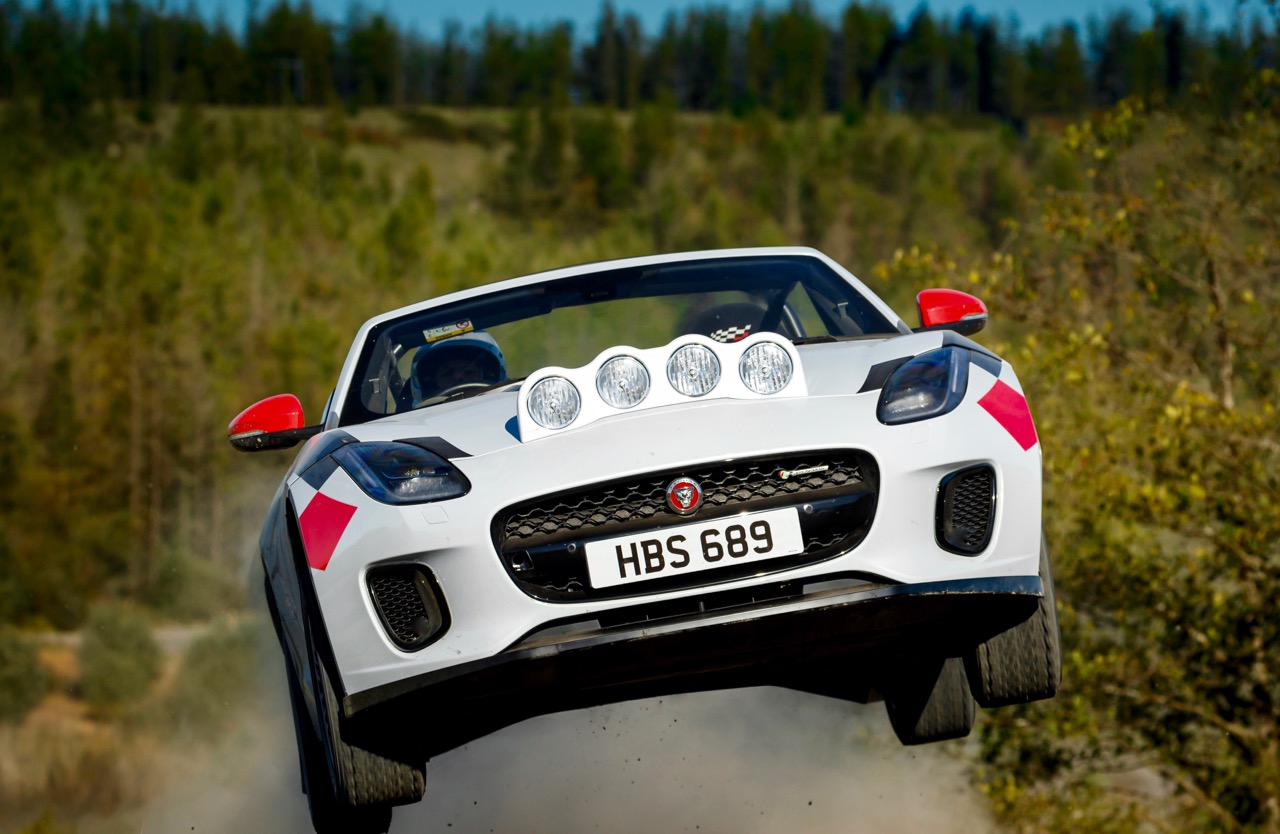 Both rally-spec F-TYPE convertibles are powered by Jaguar’s 300PS 2.0-litre Ingenium four-cylinder engine. With modifications overseen by Jaguar Design and Engineering, both cars were built to FIA specification, with uprated brakes and suspension fitted alongside a roll cage, race-seats with six-point harness, hood-mounted light pod and fire extinguisher. 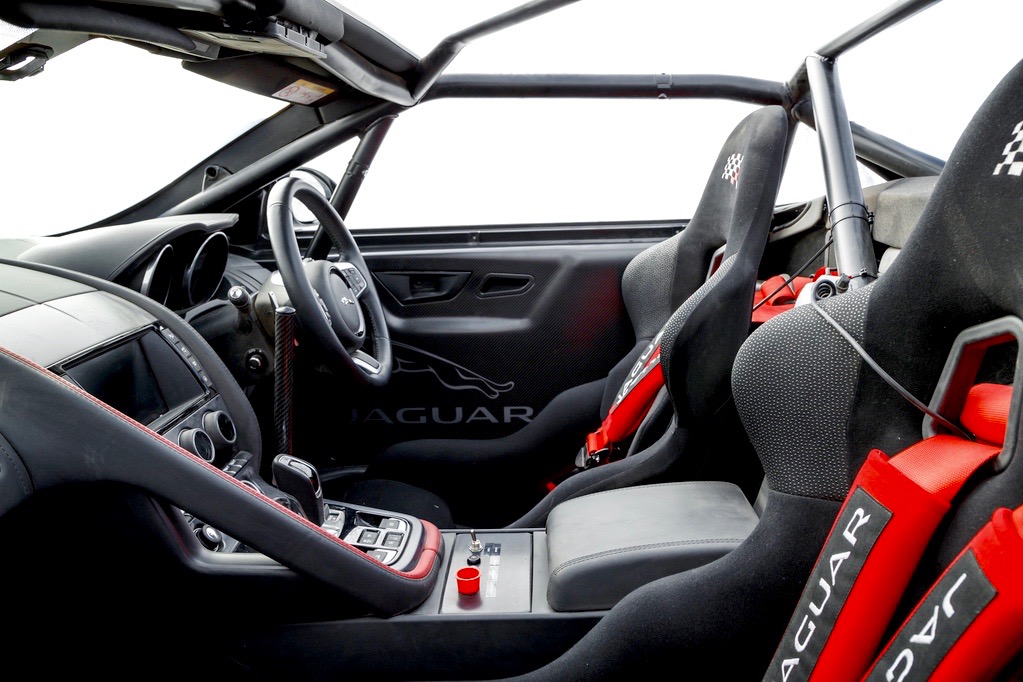 “The opportunity to design a rally car doesn’t come along very often so I was fascinated to see how we could take our modern day sports car to a similar character. These models are a fitting tribute to the XK 120 and all the great Jaguar sports cars since its reveal 70 years ago, including the latest F-TYPE Chequered Flag Limited Edition,” said Ian Callum, Jaguar Director of Design. 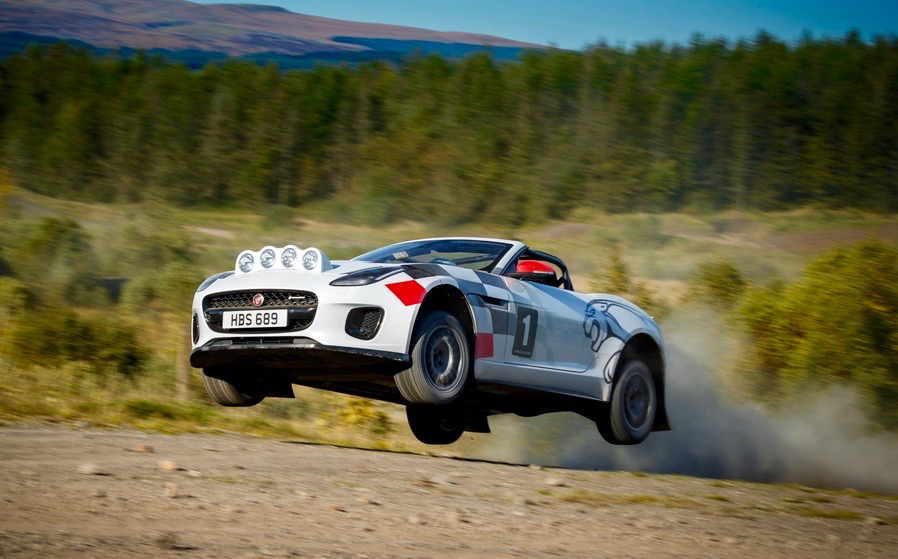 The rally F-TYPEs feature upgrades to the brakes, suspension and drivetrain including the addition of grooved discs with four-piston calipers front and rear. Hand-built competition dampers and softer springs ensure the high performance cars can be driven flat-out over rough rally stages. Three-way adjustable dampers allow the cars to be tuned for different surfaces and feature spherical bearings for added precision. With motorsport-spec wheels and tires specifically for use on gravel, a limited-slip differential improves power delivery on loose surfaces while a hydraulic handbrake helps drivers tackle hairpin bends. The celebratory models were put through their paces at Walters Arena rally stage, South Wales, to demonstrate their performance credentials and will now attend a series of Jaguar special events over the next few months. 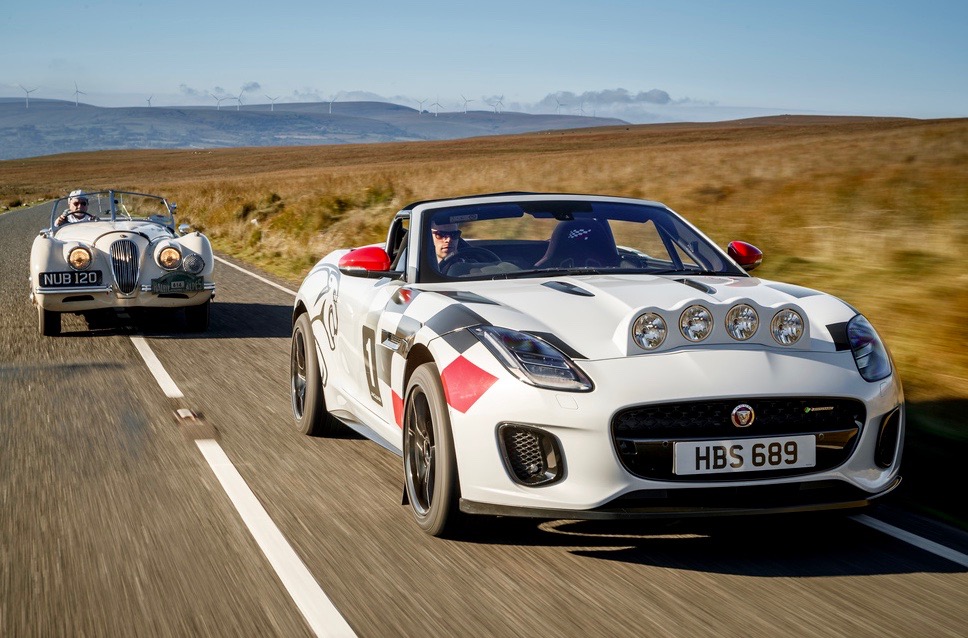 You can read more about the F-TYPE Chequered Flag Limited Edition, https://www.jaguar.co.uk/jaguar-range/f-type/models/index.html