BMW’s gorgeous i8 plug-in hybrid supercar may have been around since 2014, but it still feels like driving the future, blogs Road Test Editor Howard Walker. 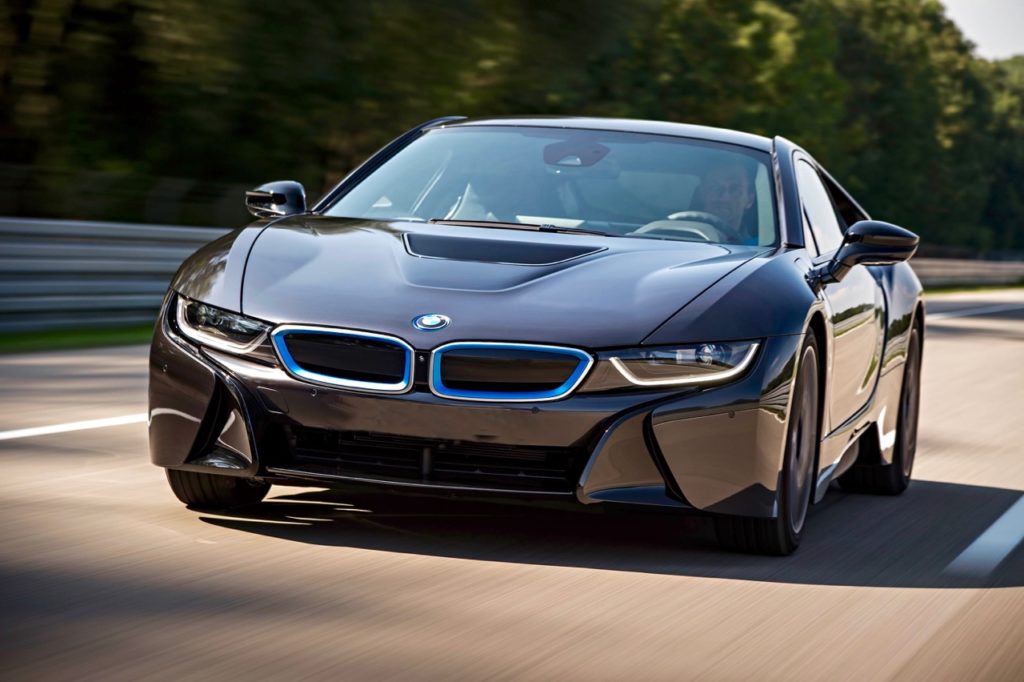 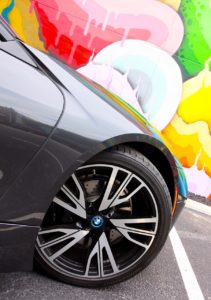 My automotive tectonic plates have officially shifted; I’ve just driven a BMW i8!

Isaac Asimov please consider eating your heart out. For right here before us is what might be the future of driving fun; a car so darned smart and space-agey, so achingly gorgeous, so joyous to drive, I’m tempted to sell all worldly chattels to own one. I know, I know, the i8 isn’t exactly the newest kid on the block. Remember, it was first shown to the world as a blue-sky concept way back in 2009. Then followed an endless five-year wait for it to reach production in 2014.

But see it today, in the carbon fiber, all wings and curves and Millennium Falcon add-ons, it still looks concept-car fresh; a Jetson-esque auto show dream car you can jump in, power-up and whirr off. 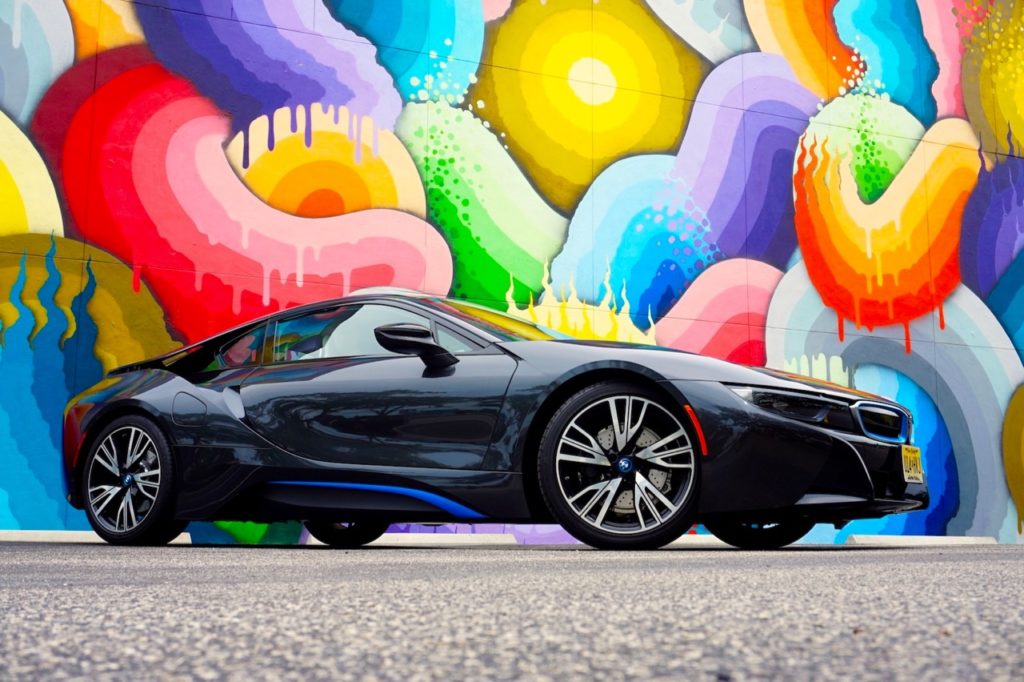 And whirr it does. Up front, a high-torque electric motor sends 129 alternating-current horseys to the front wheels. Add to this a 1.5-liter three-cylinder turbo in the back that channels 228-horsepower to the rear wheels. That makes a grand total of 357 horsepower, which, in Supercar terms sounds about as exciting as daytime TV soap opera. Remember, a lowly $36-grand Mustang GT packs a 435-horsepower punch. But what’s astonishing is way the i8 delivers those 357 ponies, combining wattage and high-test to spike anyone’s adrenaline. Of course it helps that the whole car weighs about as much as a Tupperware container!

Before we go chasing Klingons at warp speeds, stand back for a sec and take-in the visual coolness of this mid-engined masterpiece. Man, it is stunning. Just gaze in awe at that amazing roofline as it swoops rearwards like an Atlantic roller, ending inches above the rear fender. Look at the tall, vertical blades at the back so sharply-defined you could cut a finger running your hand along them. Those BMW-trademark kidneys at the front ringed in Frozen Blue to remind you of the i8’s membership to BMW’s electric family! It’s as dramatic a piece of corporate identity since the Rolls-Royce grille. 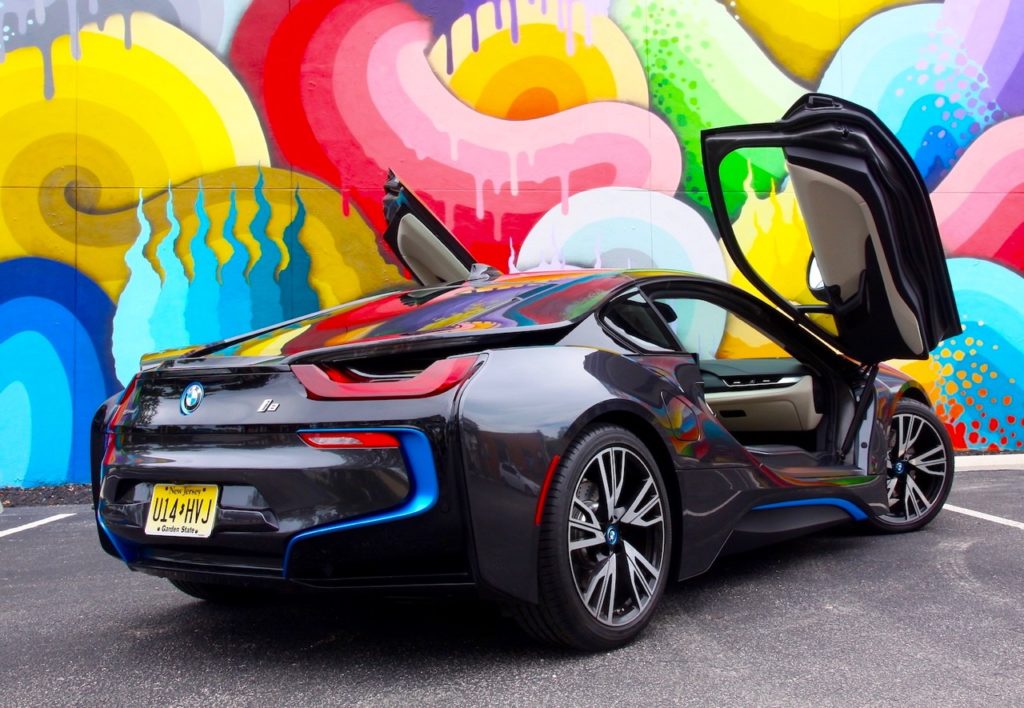 Then there are those skyward-lifting scissor doors. Yes, they make entry and exit as easy as getting in and out of a bathtub. But they are so much a part of the car’s I.Robot character, so much an element of its sheer exotic-ness. To enter, you quickly perfect a sit-down-and-swing-in-your-legs technique. That said, getting out never ceases to be a pain. Forget about any efforts at elegant extraction.

The simple solution is don’t leave. Just press the ‘Start’ button, select Drive and in eerie Tron-like silence, you zip away in your $150,000 glorified golf cart! The 7.1kW lithium-ion batteries will run you around 15 to 20 miles in full EV-mode at speeds up to 75mph. Cruising around town has never been this much fun. Casual onlookers expect it to snap and snarl like a testosterone-fueled Supercar, but all they hear is, er, nothing. 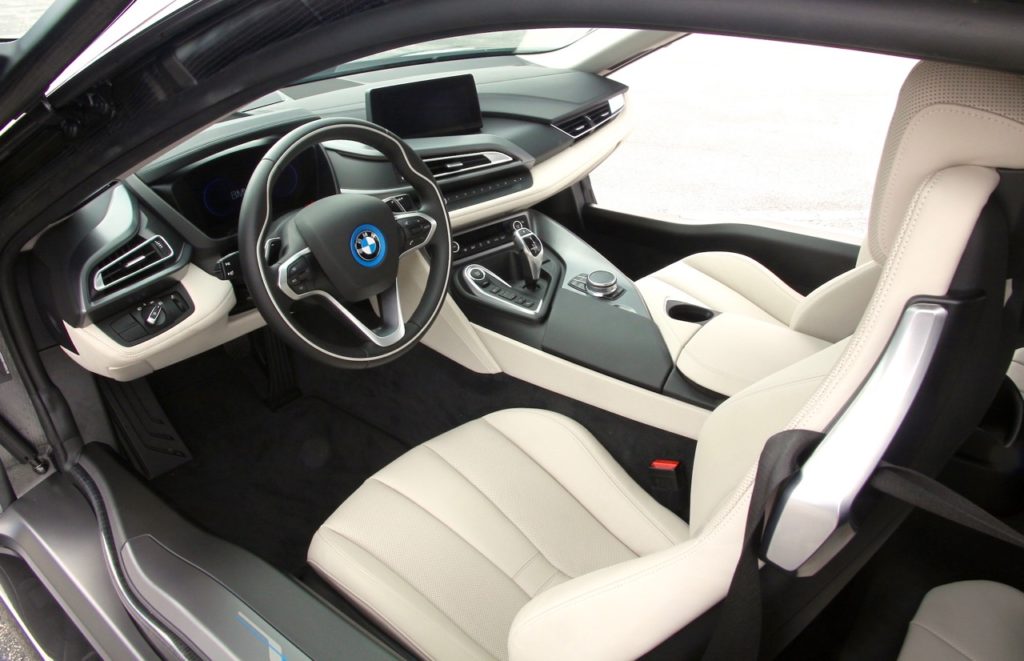 That all changes the instant you toggle to Sport mode, squeeze your right foot. Whooa. Zero-to-60-mph is covered in 3.8 seconds, though it frankly feels quicker, courtesy of a combined 420 pound-feet of muscular torque. And what a sound. There could be a honking V8 behind your right ear, instead of a turbocharged three-cylinder from a Mini Countryman. Certainly sounds like one. Of course it’s a synthesized, faux soundtrack played loud through the i8’s door speakers. But hear it and you won’t complain either.

Now point that slender nose down a twisty backroad, or through a tightening on-ramp, and prepare to be awed as the car grips like a mozzie on flypaper. Just pick the right gear using the six-speed auto’s paddle shifters, turn the laser-precise, beautifully weighted wheel, and the car just sweeps round. What I love so much about the i8 is that it feels like driving the future. There’s no gas-devouring V8 or Jurassic V12 under the hood producing the kind of power no one on the road can use. There’s a real-world efficiency here and real-world power. It’s so much fun watching the reaction of onlookers when you tell them it has a three-cylinder Mini engine under the ‘hood’. 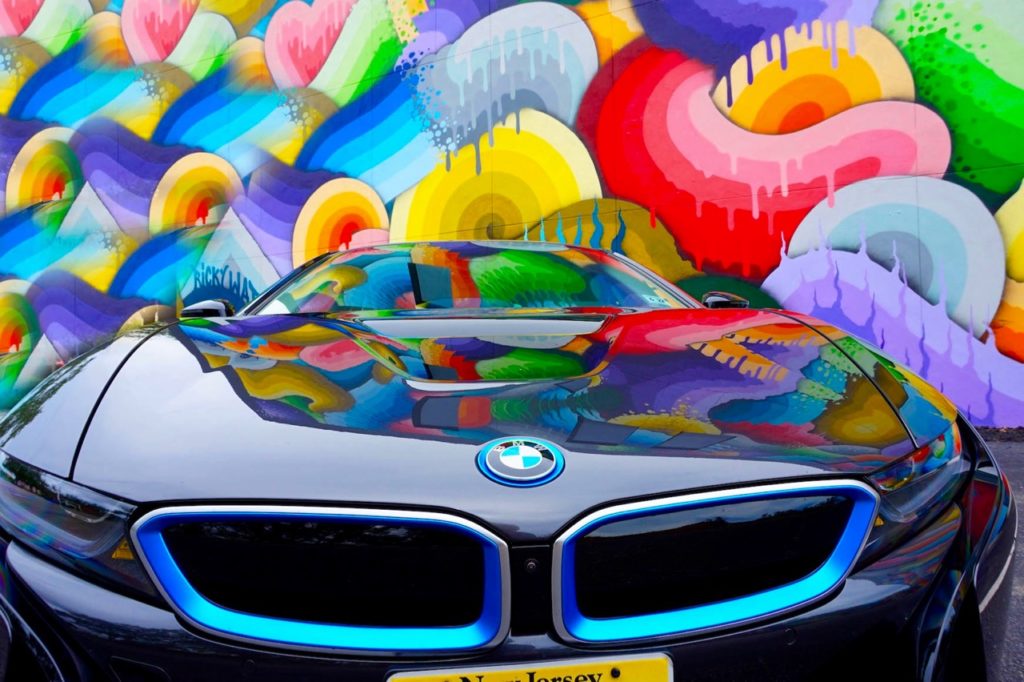 Is it worth $141,695 – or $155,000 nicely loaded? If you have it, of course. But before deciding, maybe wait till the end of November when BMW finally unveils the open-top i8 Roadster at the Los Angeles Auto Show. Maybe that’s the car that will really shift my plates!

For more information about BMW’s i8, please visithttps://www.bmwusa.com/vehicles/bmwi/i8.html