Skip to content
‘Early March brings Spring and one of the more significant events on the show calendar, the Amelia Island Concours,’ blogs Mike Matune. 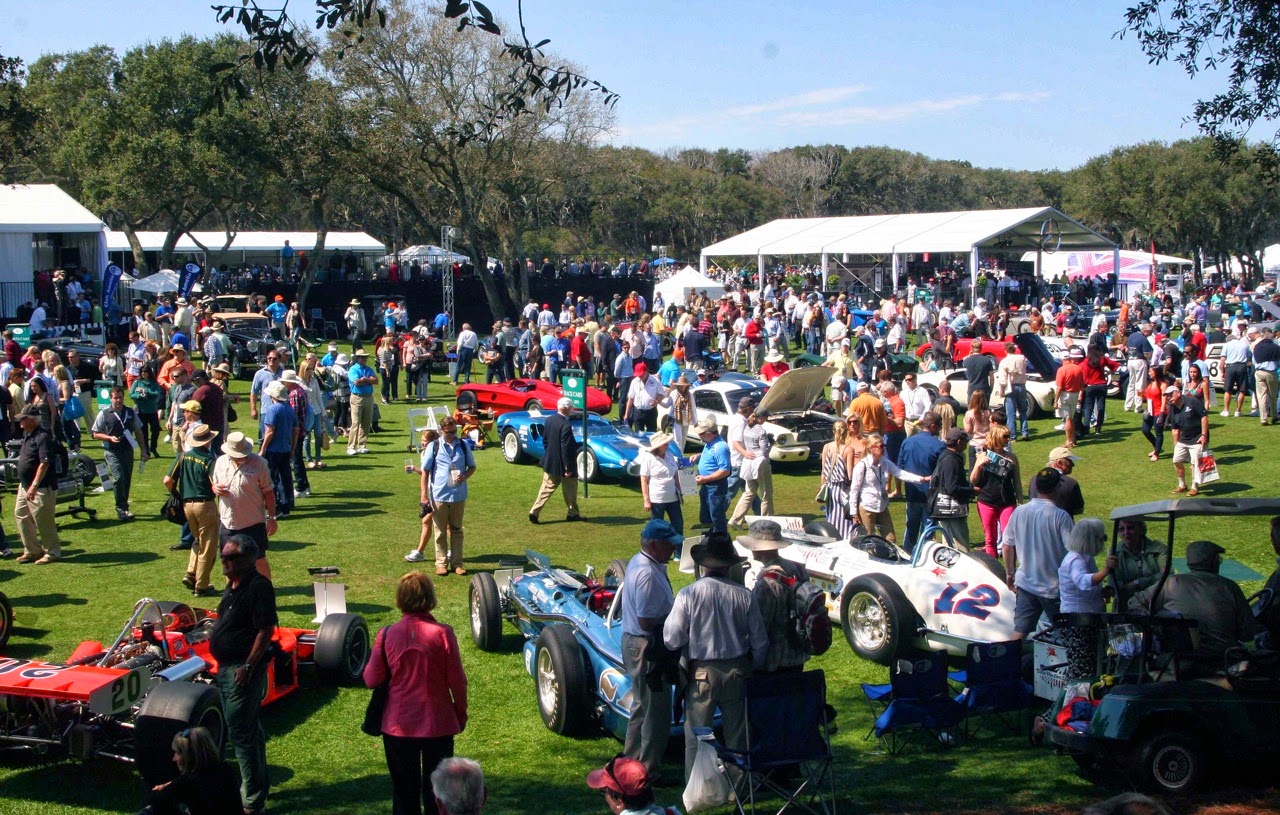 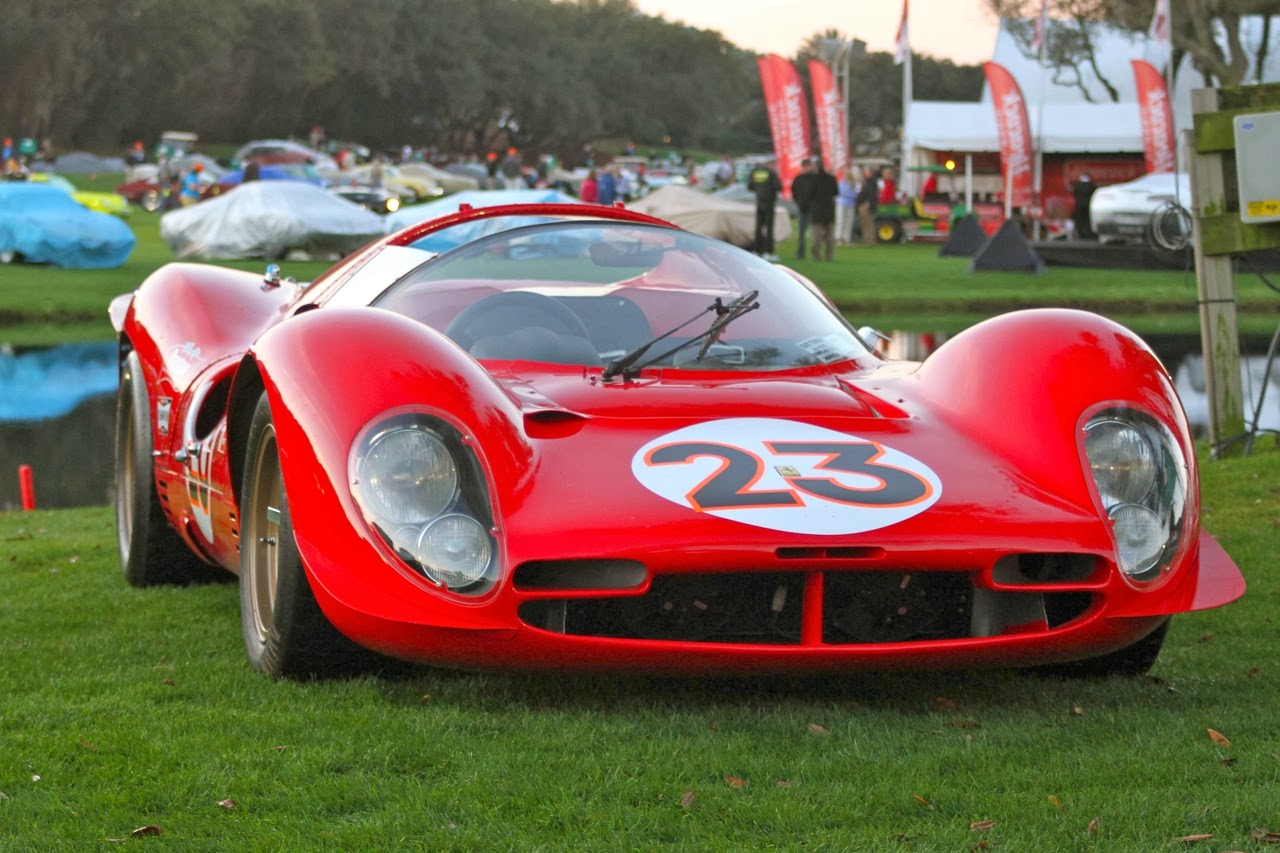 Top photo shows why the Amelia Island Concours is considered one of the top events of its kind in the world: Spectacular setting, important cars and an appeal for serious as well as casual spectators. Jim Glickenhaus’ Ferrari 330 P3/4, above, is radiant in the early morning sun on the fairway. 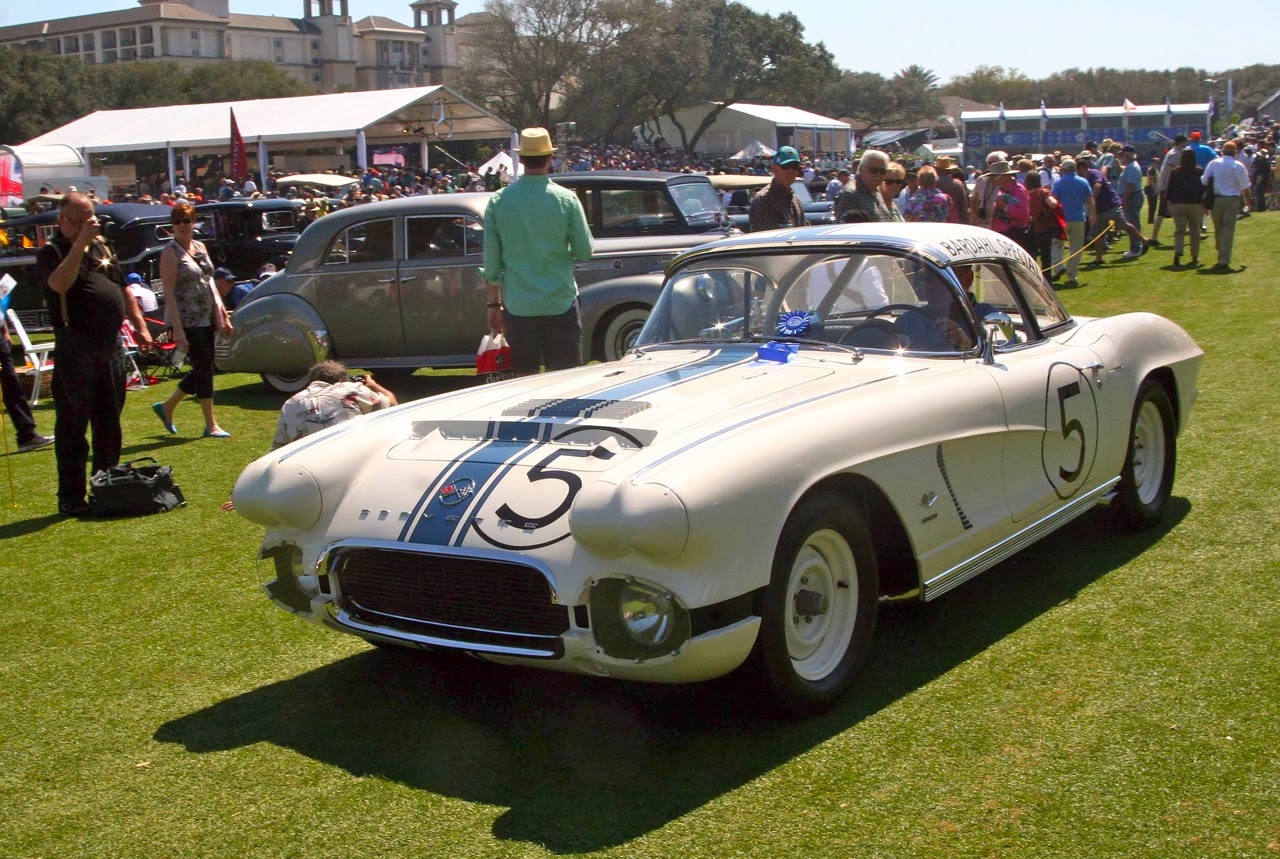 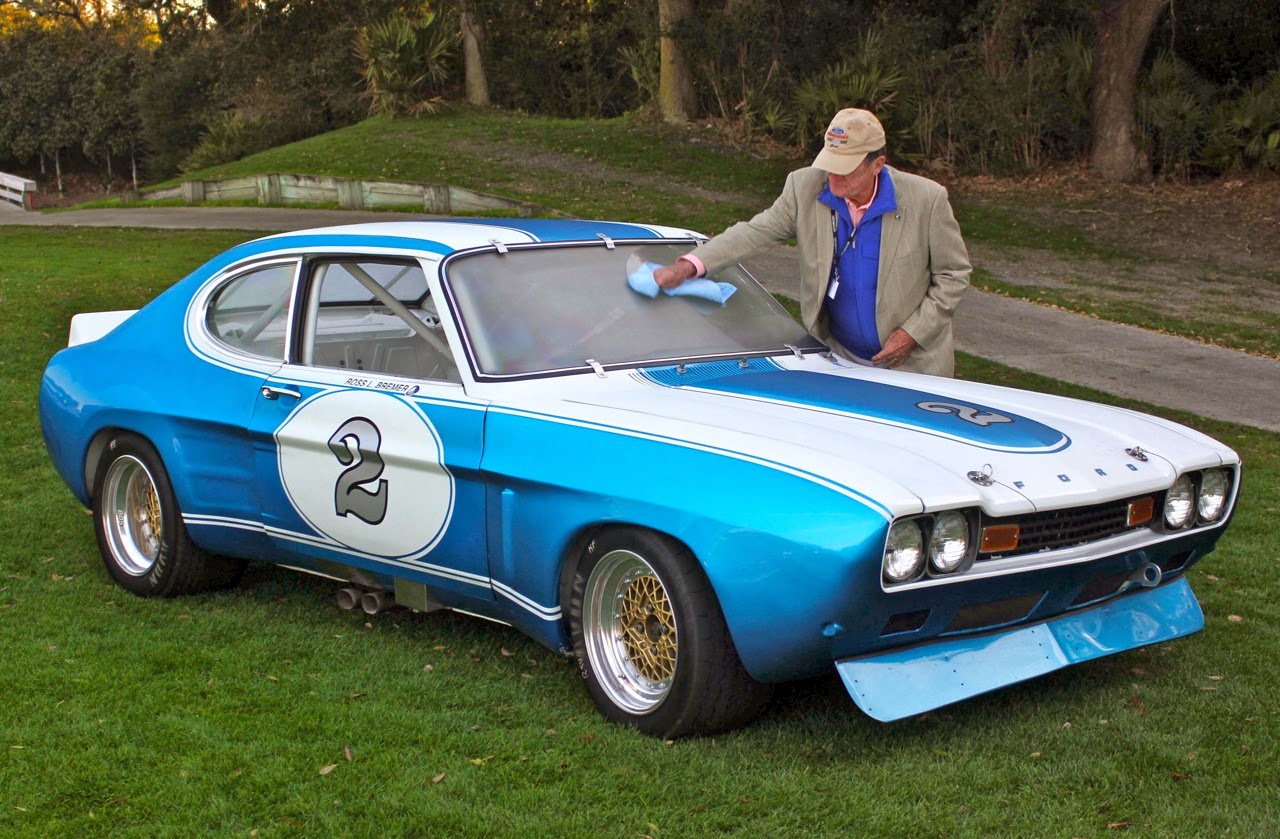 Ross Bremer tends to his ‘72 Ford Cologne Capri Mk 1 in the early morning dew. Ross’ car was part of an exhibit honoring the great German driver Jochen Mass. Mass achieved great success in a variety of cars during his multi-faceted career that spanned F1, endurance racing and touring cars. 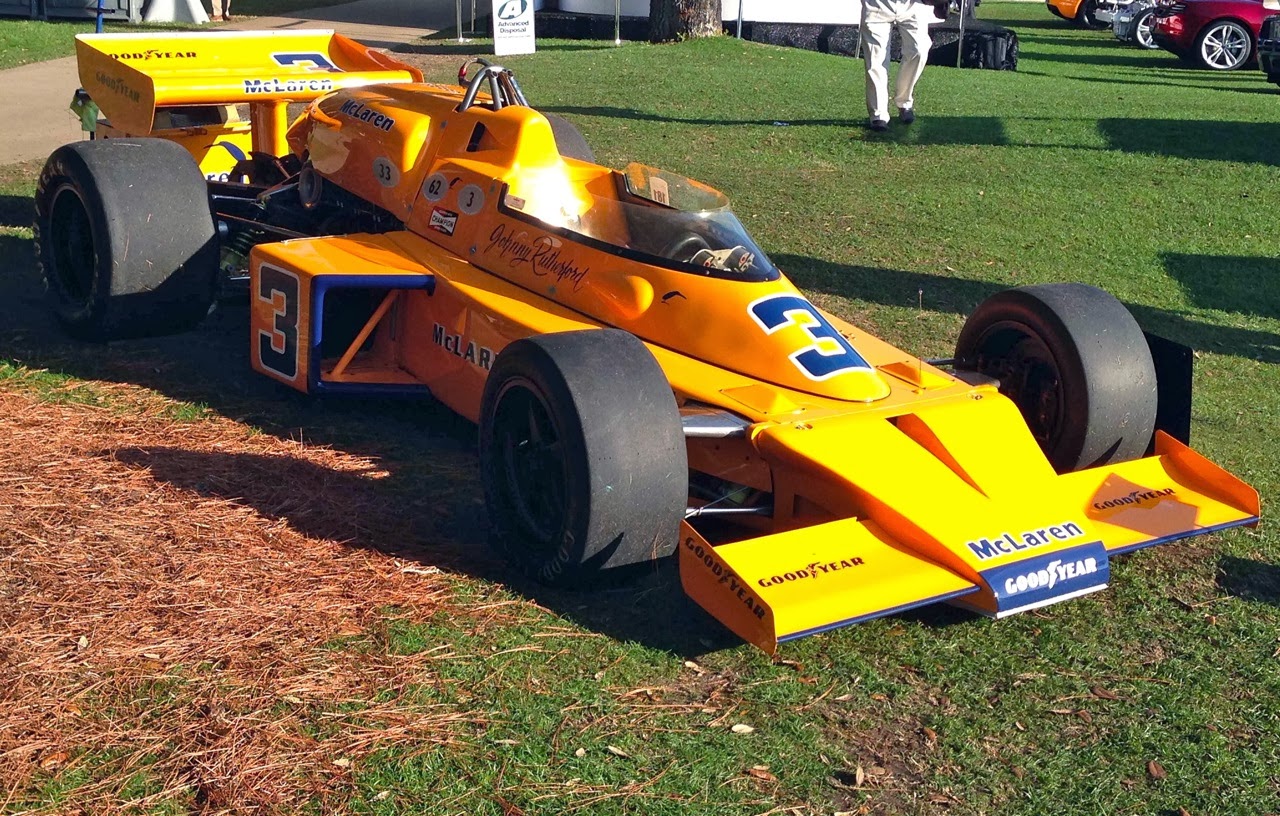 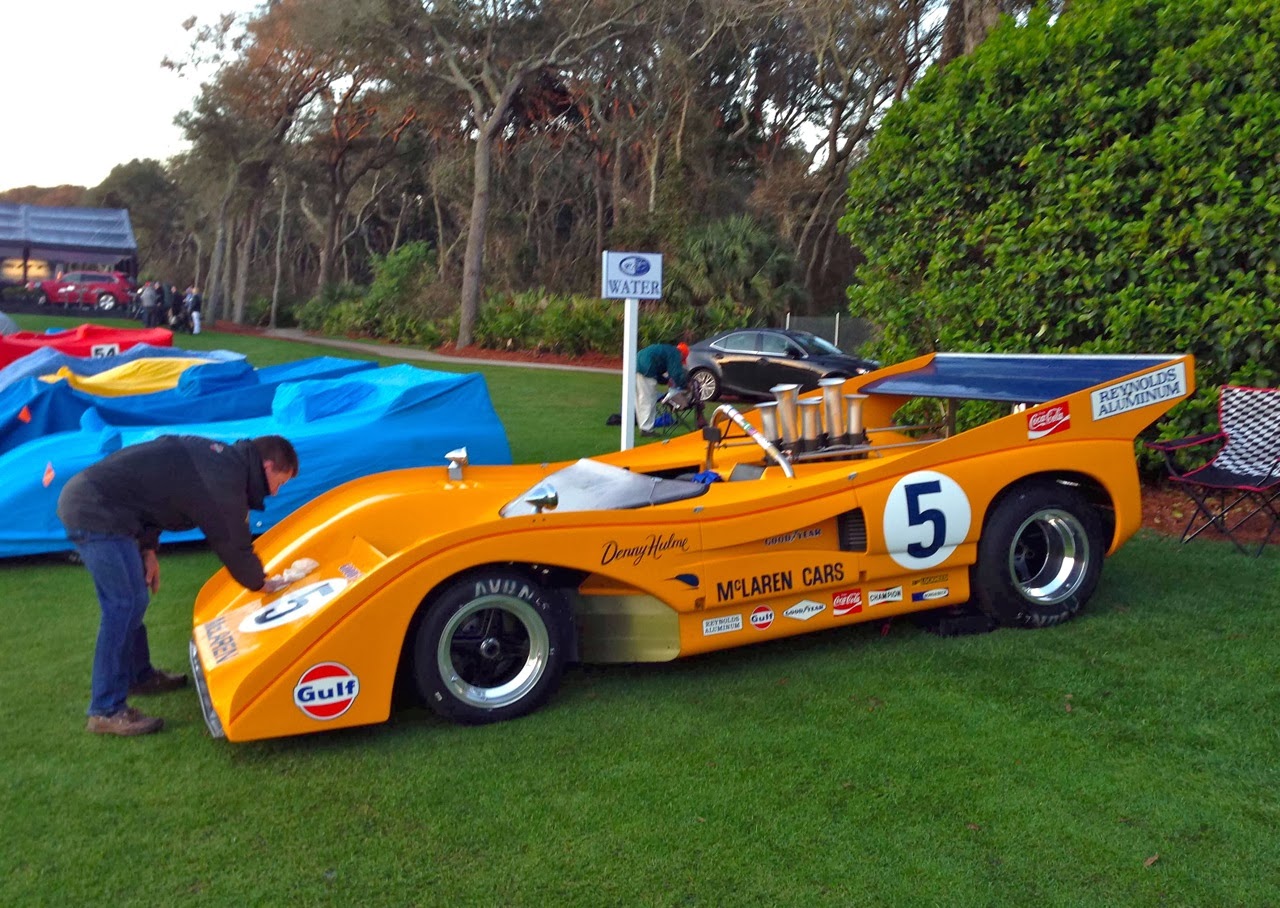 Celebrating 50 years of competition is McLaren cars.  Amelia Island paid tribute to the marque with an exhibition that showcased a wide variety of its cars, including Can Am, Indy, Formula One, and today’s road cars. Here Chris MacAllister’s ‘71 McLaren M8F is readied for show. 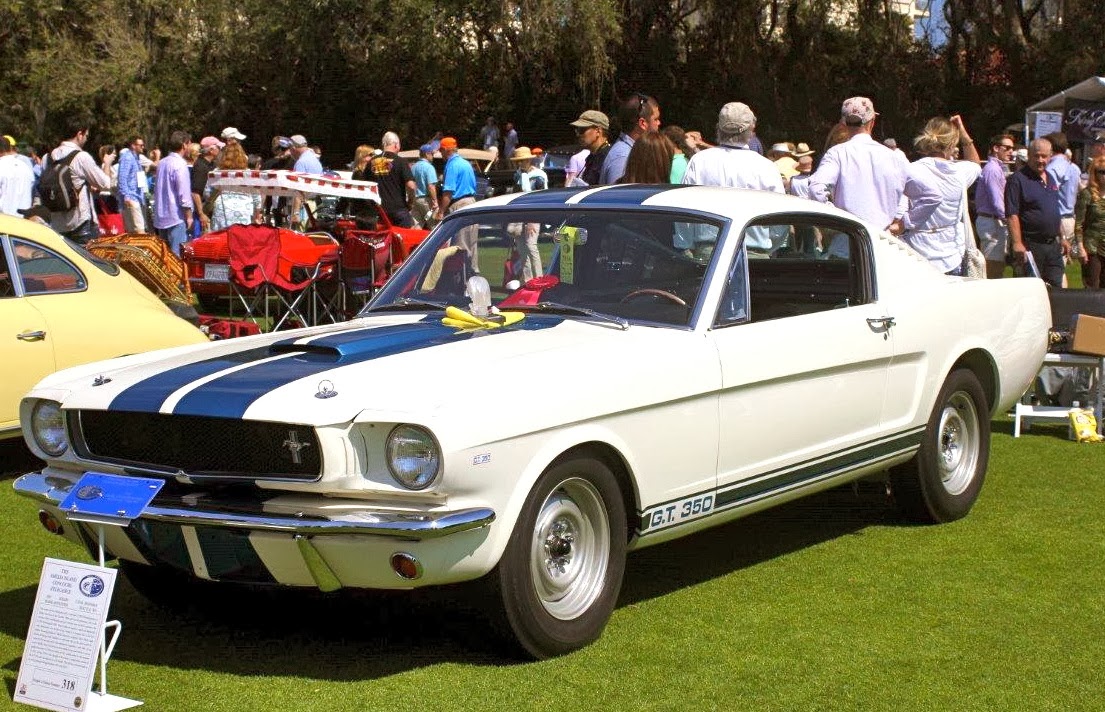 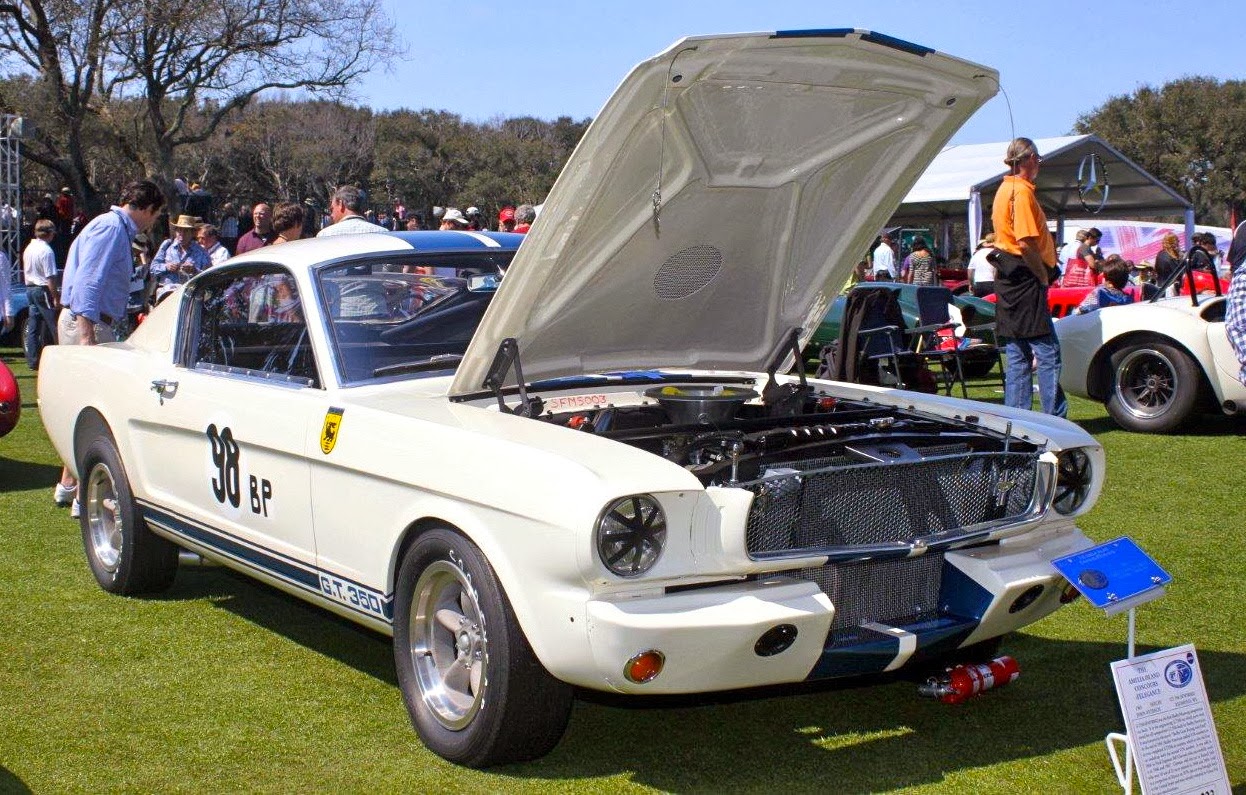 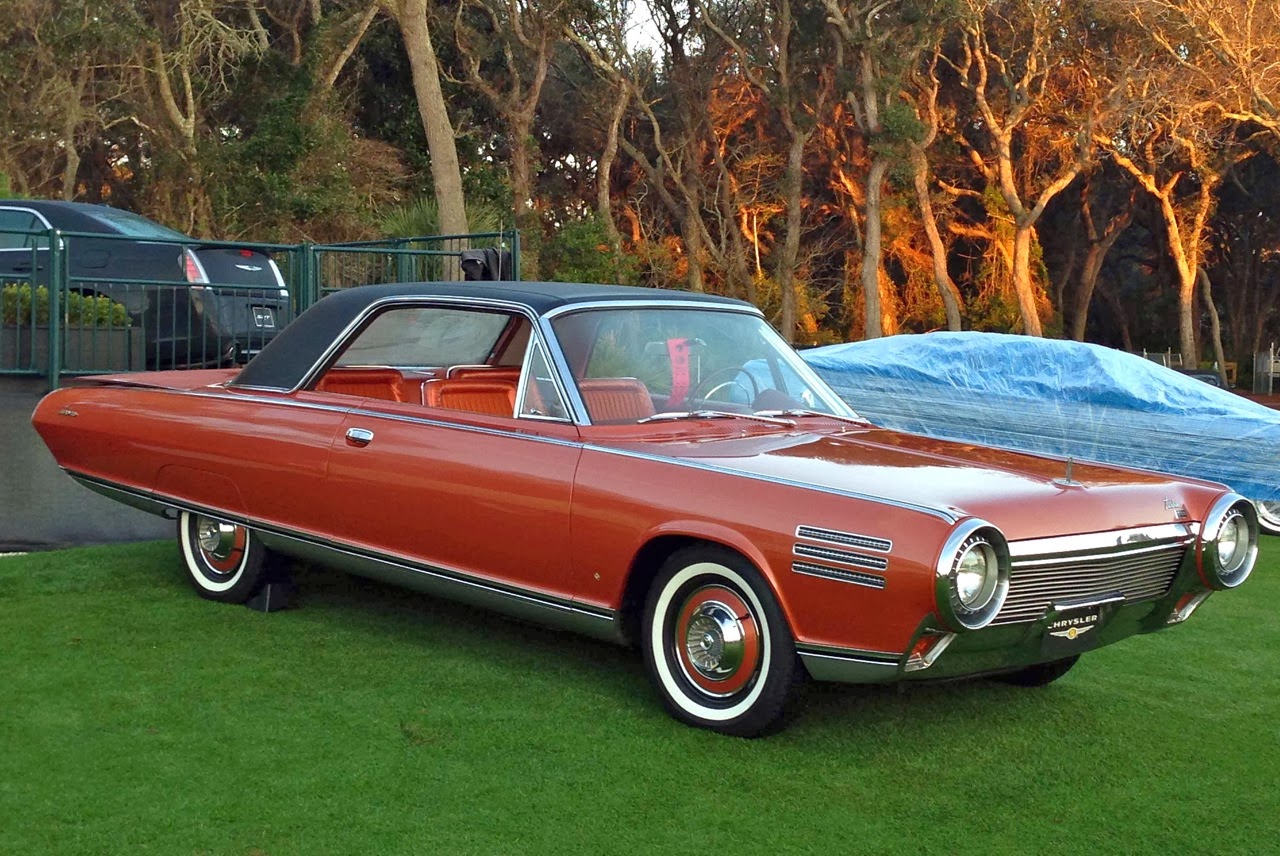 Concept cars are nothing new on the show circuit.  It is hard to fathom today that Chrysler combined a Concept design with advanced engineering technology to create the ‘63 Turbine car; then unleashed 50 on the motoring public for testing. While only a handful exist today and only some are drivable, Chrysler saw fit to bring an example from their collection to share with enthusiasts. 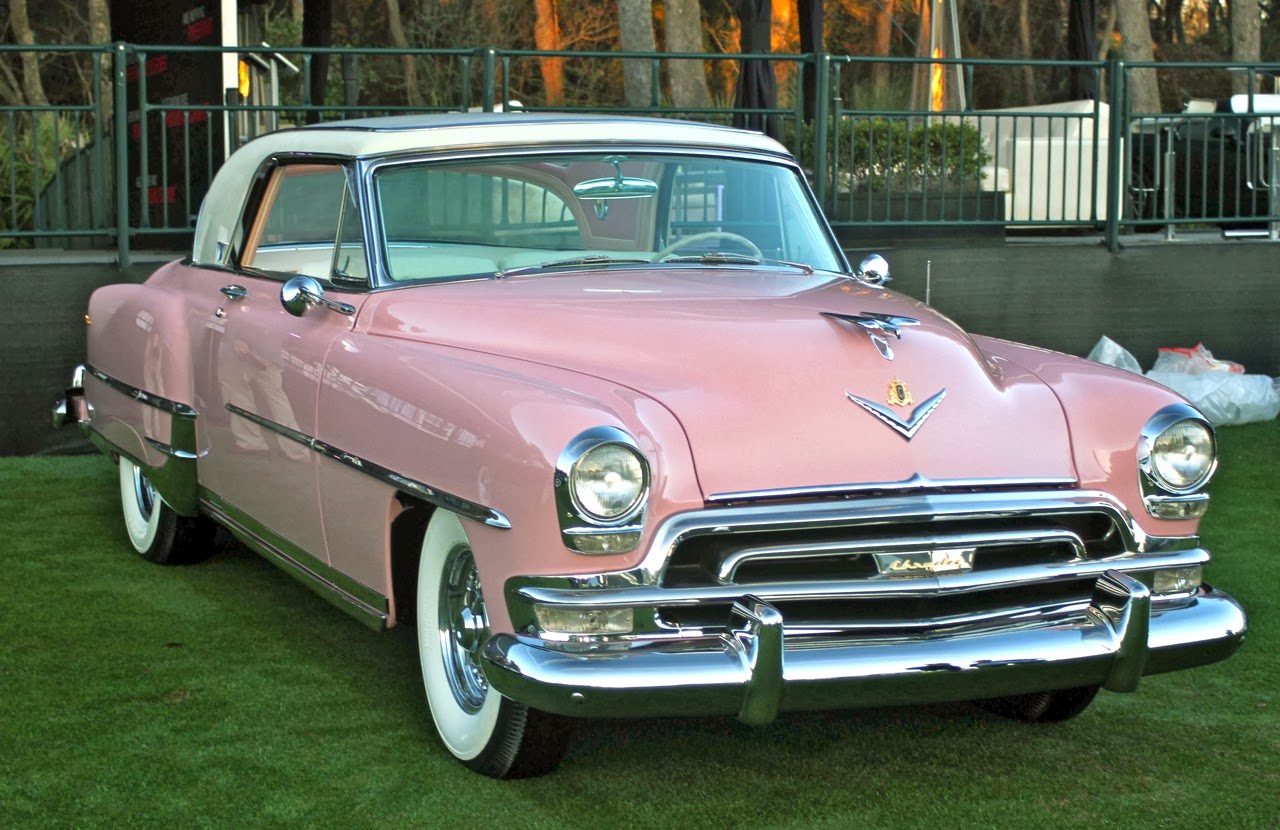 Here is a Chrysler show car not seen since the 1950s. The La Comtesse was a show car built to reflect women’s taste, or at least what Detroit thought of women’s taste. The concept would later reach production in the form of Dodge’s La Femme. Brandt Rosenbusch of the Chrysler Archive oversaw their participation at the Concours. Brandt has been very helpful in research for my articles. 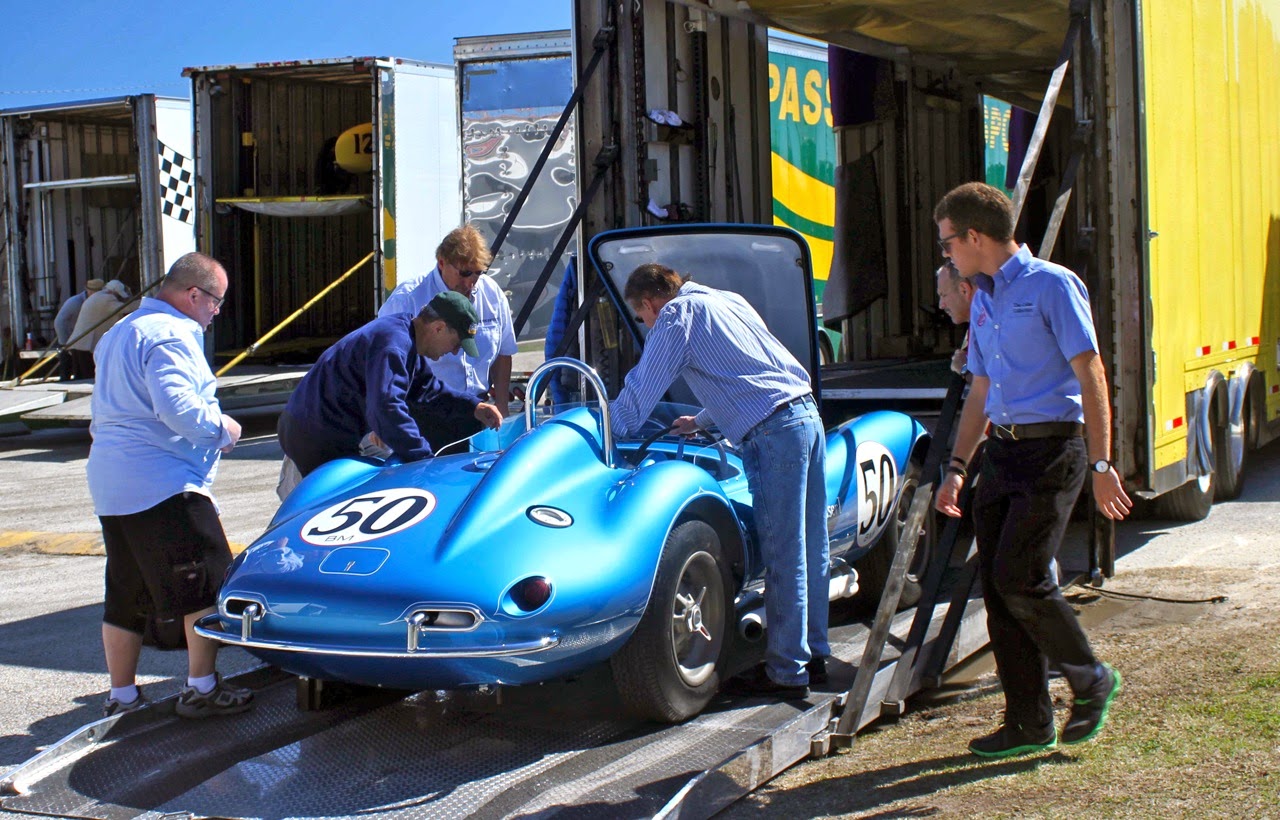 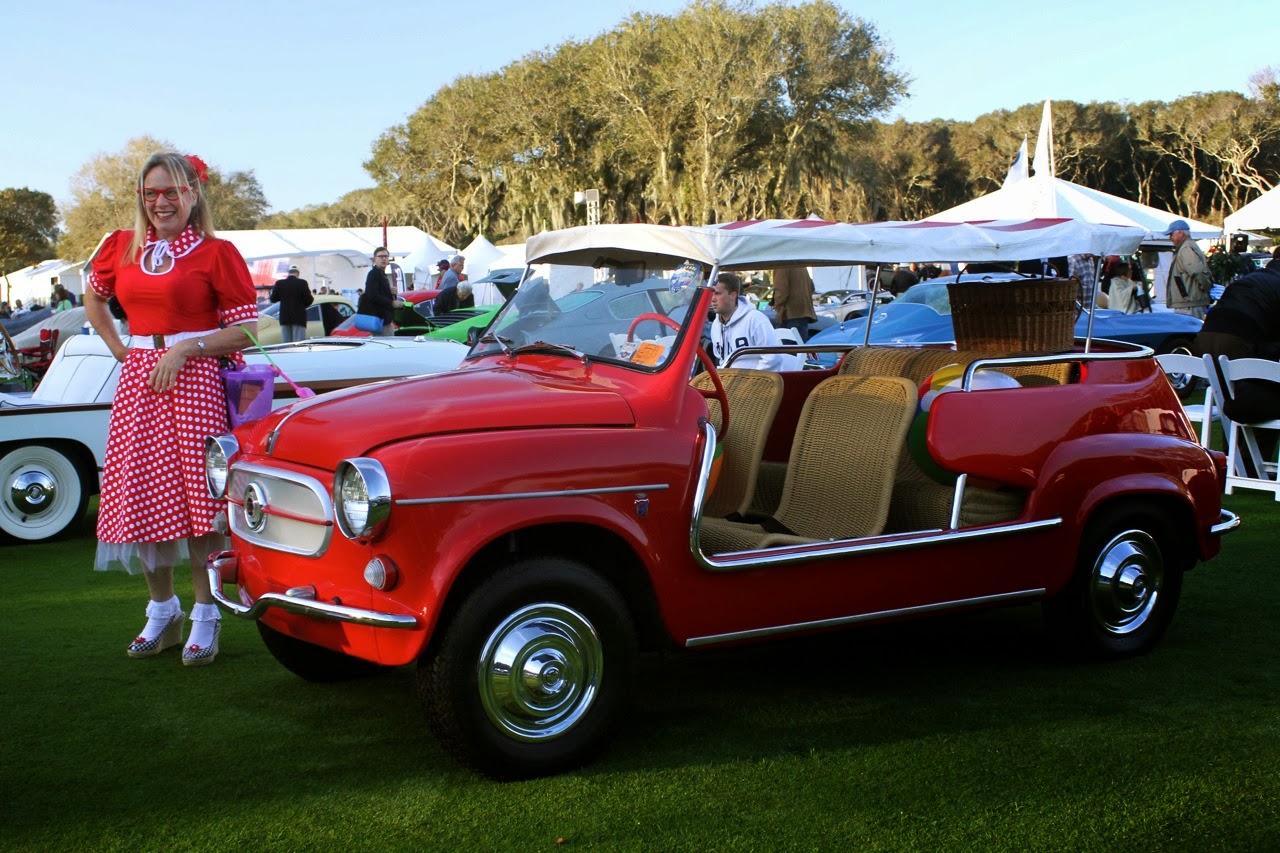 To the other end of the spectrum at least as to size, certainly not ownership passion, was Steven Piantieri’s ‘58 Fiat Jolly 600. Complete with surrey top and wicker seats, Steven’s presentation included appropriate costuming. A true enthusiast of the marque, Piantieri is the keeper of the flame in the form of the Fiat Jolly World Registry. 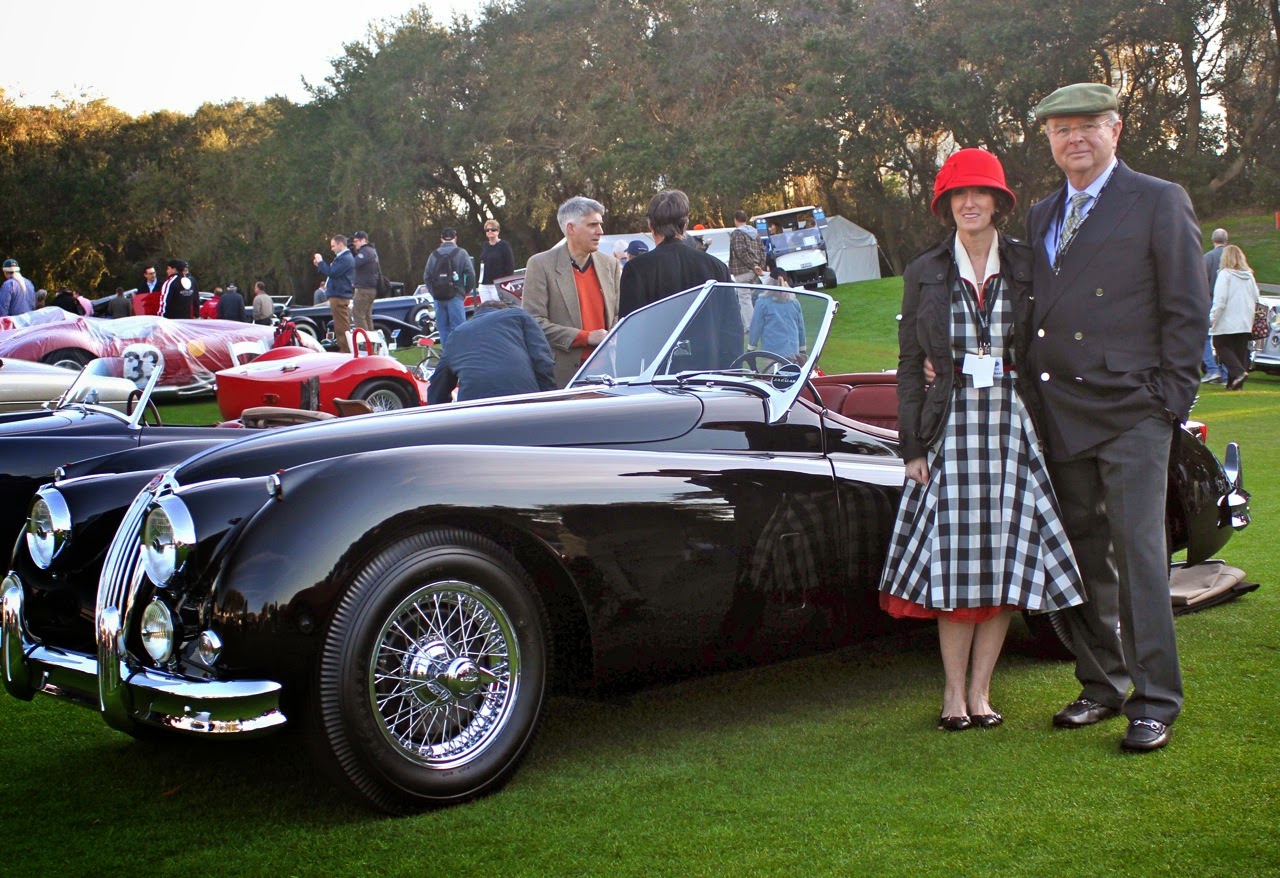 Continuing the period flavor were Melissa & Kent Hussey of Atlanta, GA who not only showed their impeccably prepared ‘55 Jaguar XK 140 MC/SE, but also dressed the part! 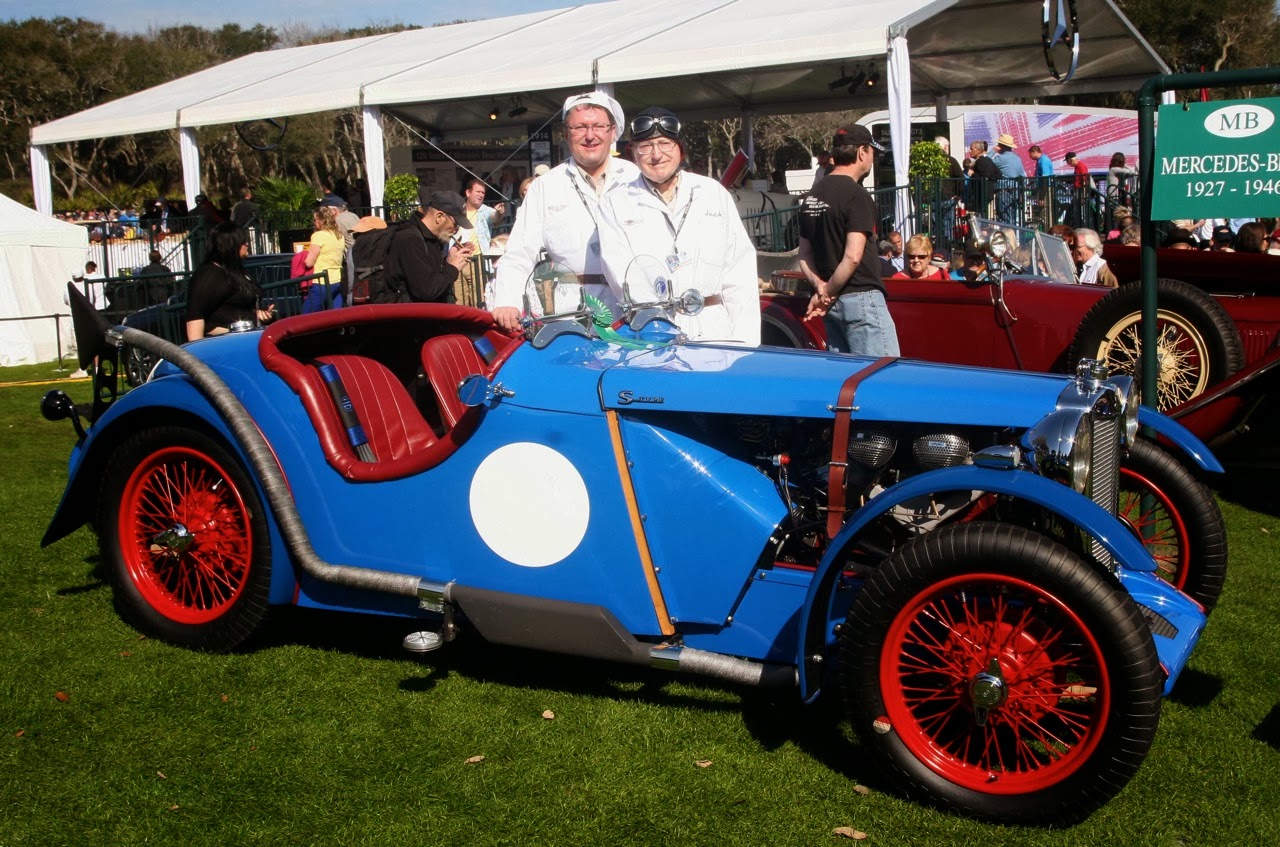 Jack & Dave Smittle in leather helmet, jaunty cap and period overalls looked great showing their 1946 MG TC S-Type. They lseemed to have nothing but fun all day long.