Skip to content
Swiss Cheese ’63 SD-421 Catalina is one of 14 factory built and held NHRA C/Stock record for a number of years. 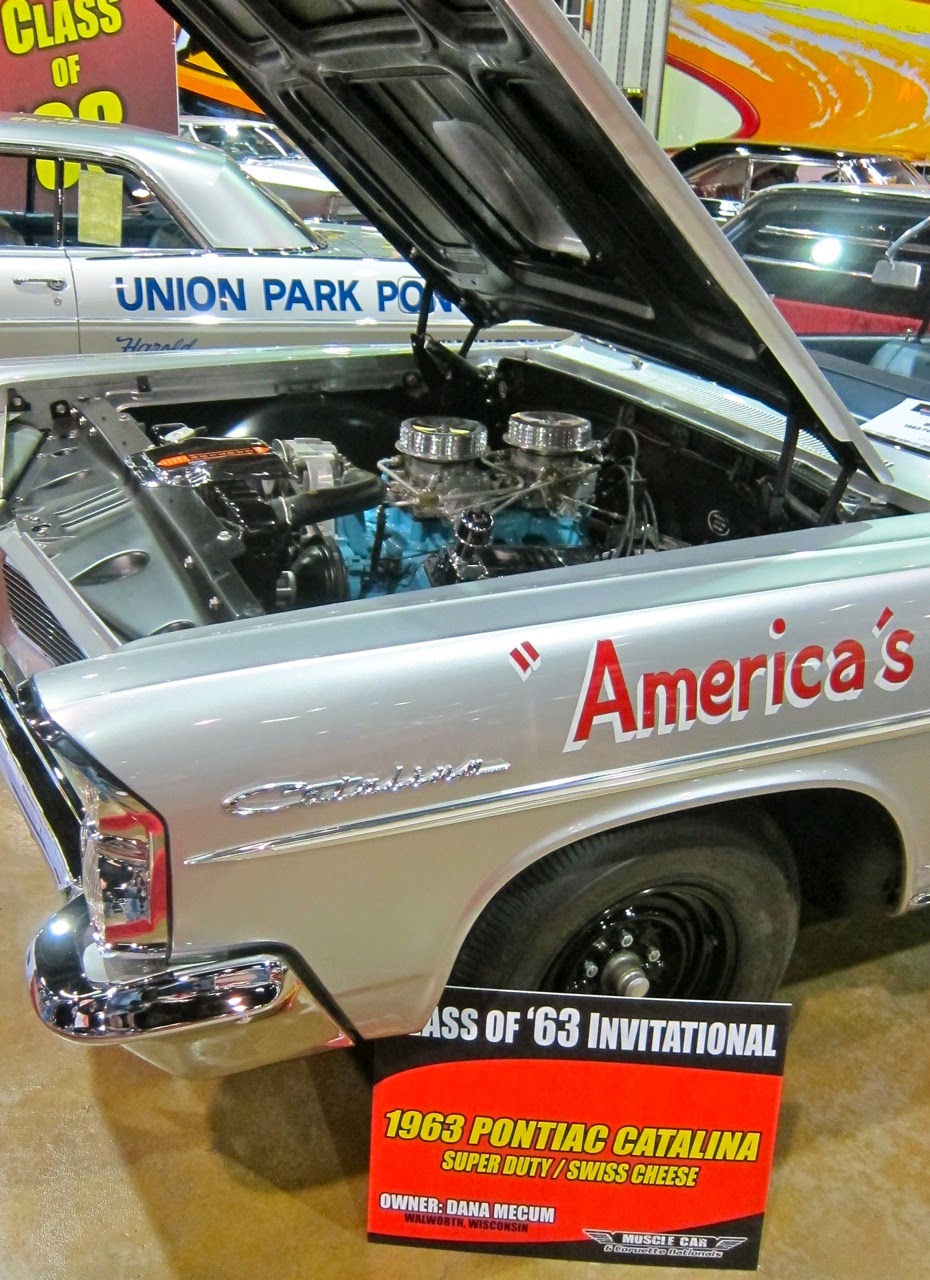 As the 1962 drag season drew to a close, it was obvious that Pontiac’s position at the top of the Super/Stock hierarchy was weakening. Ford, Chrysler and Chevrolet were gaining on the Chiefs with bigger engines and an ever-increasing supply of special parts, including weight-saving aluminum components and body panels. Pontiac engineers knew they had to have a lighter, more powerful car for 1963, and it came in the form of a special Catalina bearing some serious modifications.

First the chassis was altered by cutting the inside section away from the boxed rails, leaving a U-shaped section. Then approximately 120 holes were drilled in the sides of the frame rails, removing as much material as possible while maintaining a semblance of structural integrity, resulting in the Swiss Cheese moniker that remains today. Further mods involved deleting the front sway bar and substituting an aluminum bell housing and third member for the original pieces. 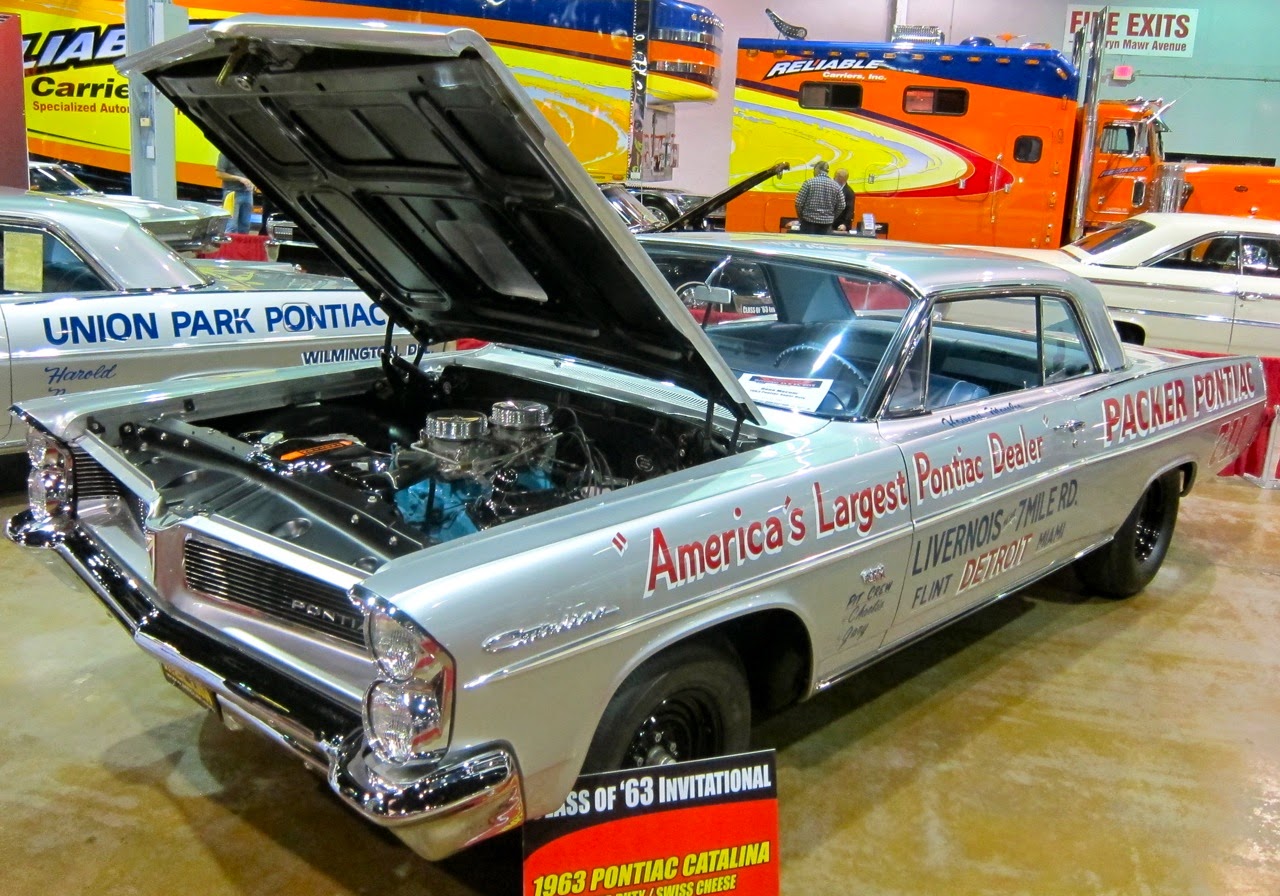 It did not stop there. Insulation and sound deadener materials were dropped and aluminum body panels were used wherever possible, including hood, inner and outer front fenders, splash pan, radiator bulkhead, bumpers and brackets. Plexiglas windows were also available to further reduce the car’s 3,308-pound shipping weight.

Even the cast iron exhaust manifolds were replaced with special high-flow aluminum units with integral cutouts. These proved suitable only for short periods of use given their tendency to melt under prolonged operation. The 421 engine used in this Swiss Cheese Catalina was treated to 13.0-to-1 Mickey Thompson pistons, a #10 McKellar camshaft, lightweight valves, reworked heads, HD rotating assembly and a lightweight flywheel. Dual Carter AFB four-barrels on a special aluminum manifold topped off the engine. 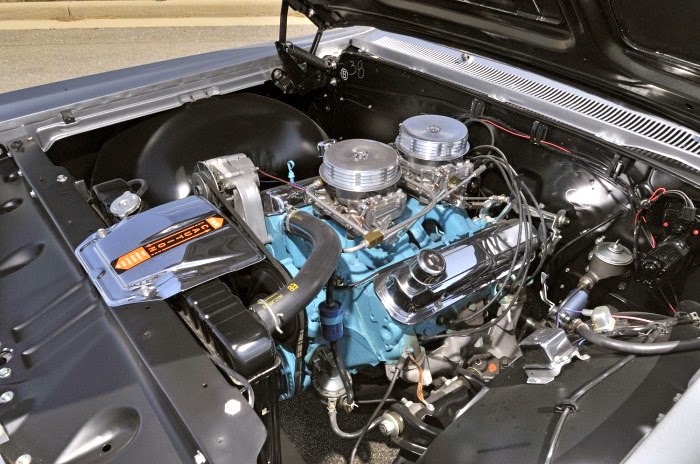 Rated at 410 horsepower, the engine brought the car’s total weight to 3,308 pounds and propelled it to 12-second times at 120 mph. The cars were originally equipped with Borg-Warner three-speeds with aluminum tail sections and aluminum-case 4.30-to-1 Posi differentials. Most were converted to close-ratio B-W four-speeds and 4.56 or 4.88 rears. 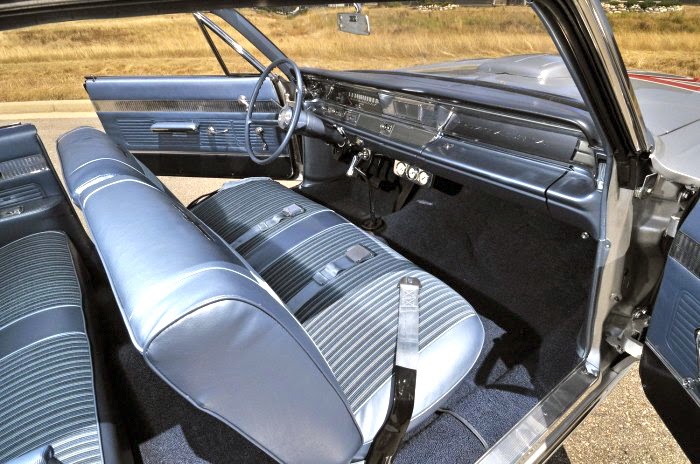 This ‘63 Swiss Cheese Catalina is one of the most famous of the 14 built before GM’s racing ban. Sponsored by Packer Pontiac, Detroit, MI, it was driven in 1963 by Packer employee Howard Maselles, who set the NHRA C/Stock class record with at 114.64 mph in 12.27 seconds, a record that stood for several years. Discovered in the late-1970s by Pontiac collector and historian Randy Williams, it was the first of several historically significant Super-Duty Pontiacs that formed his famous collection. 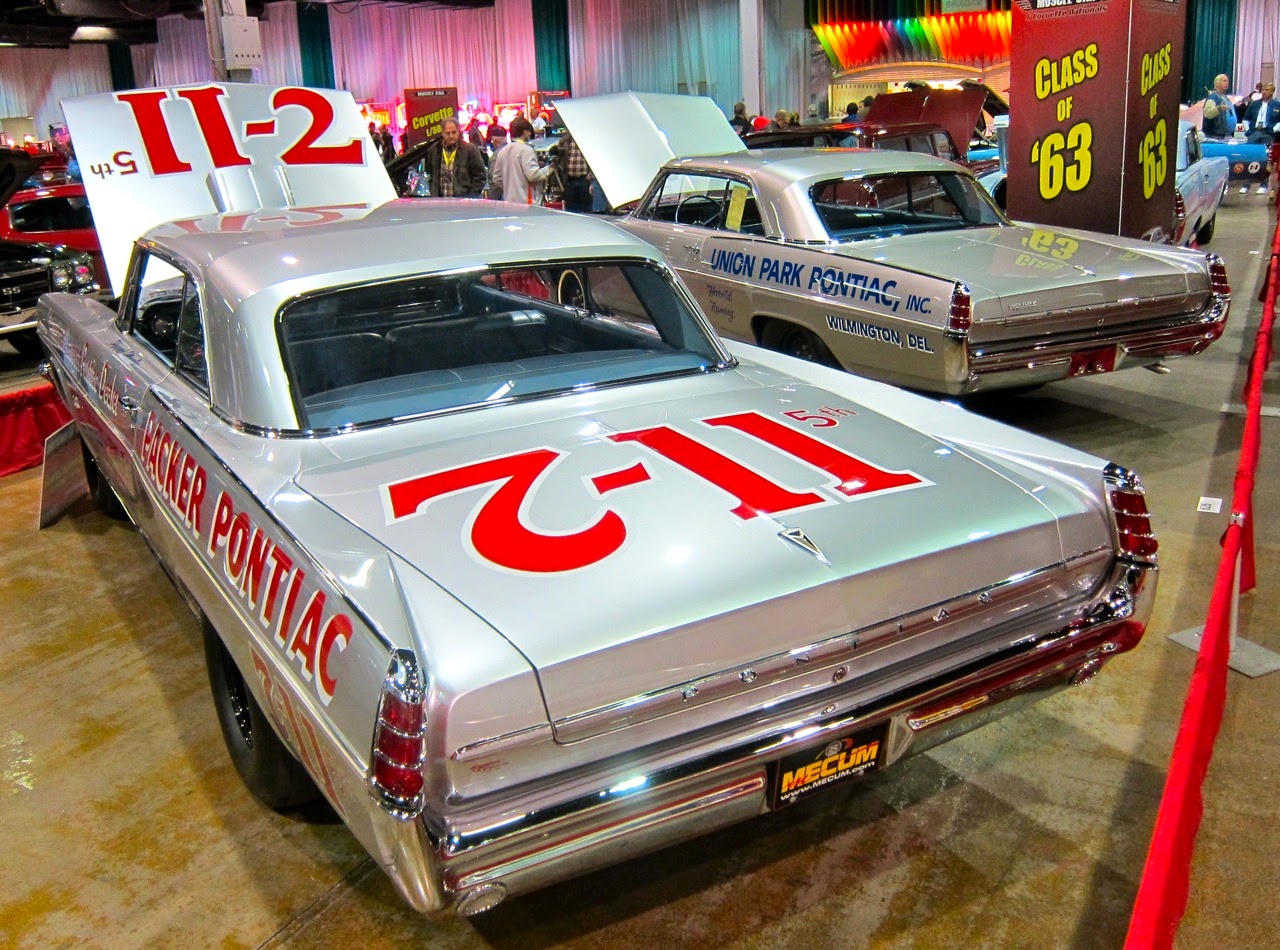 After years of collecting a vast treasure trove of Pontiac NOS parts and pieces, Williams and his good friend Scott Tiemann of Supercar Specialties, Portland, MI, began restoring the car, completed in 2000. The Packer Pontiac Swiss Cheese Catalina is regarded as the reference point for this rare group of Pontiac lightweight factory racers. It is extensively documented by the records and photographs compiled by Howard Maselles, including the original “For Sale” flyer created by Maselles to sell the car at the end of the 1963 season.

The Packer Pontiac Catalina will cross the block at Mecum’s Indianapolis auction on May 17. For more information, please visit http://www.mecum.com/auctions/top_picks.cfm?AUCTION_ID=SC0514