Skip to content
Designed by an American, powered by Ford and sold by Lincoln-Mercury, Alejandro de Tomaso’s Pantera offered both panache and performance. 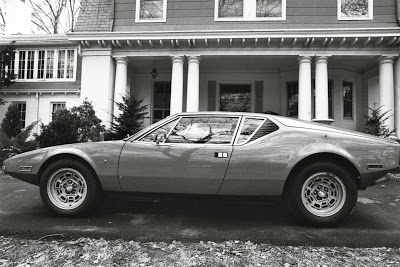 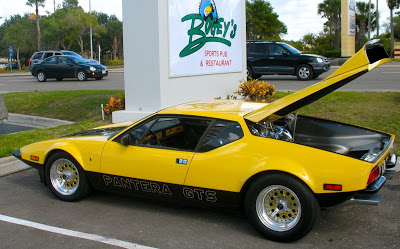 Designed by Tom Tjaarda, the 351-Ford mid-engined Pantera replaced the stunningly impractical de Tomaso Mangusta, one of the most beautiful and difficult to drive Supercars ever. With less rearward visibility than a Ford GT and a clutch from Hell, the Mangusta is a four-wheeled piece of art. Not a great road car. While the Mangusta had a steel backbone chassis, the new Pantera represented de Tomaso’s first use of monocoque construction. 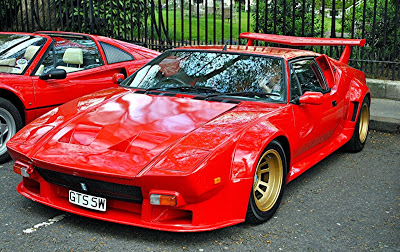 First shown to the public in Modena in March 1970, Pantera debuted the following month in the U.S. at the 14th New York International Auto Show, April 4 1970. Pantera, (Italian for Panther), started selling as a 1971 model at Lincoln-Mercury dealers. A little over 1,000 Vignale-bodied Panteras were sold, a high percentage plagued with rust (poor water drainage in the rear engine bay compartment), overheating and poor fit and finish. Ford used Holman & Moody to correct many of the mechanical malfunctions. Ford ended importation in 1975, after having sold approximately 5,500 cars. De Tomaso continued with the brand, in a variety of models,
some specifically for GT racing, until the mid-1990s.

For the complete Pantera story, check out check out Joe Breeze’s feature at Classic Driver,
http://www.classicdriver.com/en/article/cars/now-time-buy-de-tomaso-pantera?utm_medium=email&utm_campaign=Pantera%20Returns%20E&utm_content=Pantera%20Returns%20E%20CID_bc0e7c58fa2a9cb3074e74c20c768232&utm_source=newsletter&utm_term=Is%20now%20the%20time%20to%20buy%20a%20De%20Tomaso%20Pantera