Skip to content
Jim Koscs delves into the world of Soviet cars and collectors and rides to a New Jersey Starbucks in a ZiL. 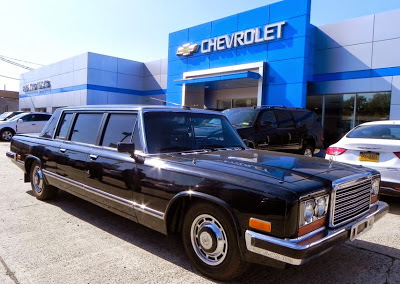 Do you know a GAZ from a VAZ? A ZiM from a ZiL? Russian cars from the Soviet era are turning up in surprising places, including the Greenwich Concours d’ Elegance in Connecticut. Last year, a ’82 VAZ Lada, based on the Fiat 124, won its class there.

One of the most intriguing entries at this year’s event is a ‘85 ZiL said to have been one of the backup limousines for Mikhail Gorbachev’s 1987 summit with President Reagan in Washington. It now resides in New Jersey. And, east of Seattle in Samammish, WA, a man who left Russia 25 years ago wants to start a museum for Soviet vehicles.
He’s got 30 so far.