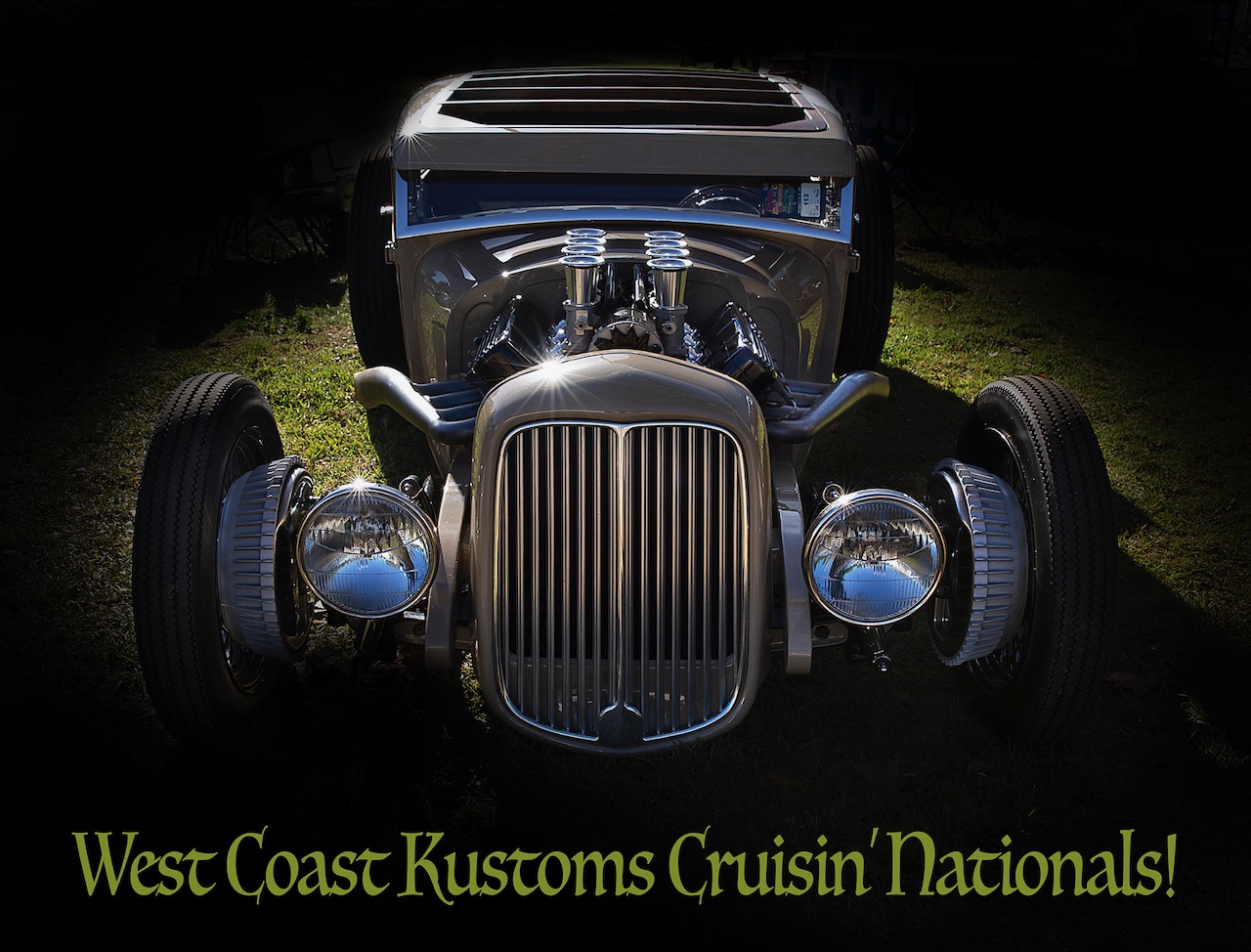 Despite a 2021 Covid-19 rescheduling of its popular Cruisin’ Nationals from May to October – and then a pending storm moving in on the Santa Maria Fairpark location – the resilient folks at West Coast Kustoms still managed to rev-up West Coast car enthusiasts and host their 40th Annual show with a flamboyant flash of fins, flames and customizing finesse. Car Guy Chronicle’s photojournalist Jim Palam caught the action. 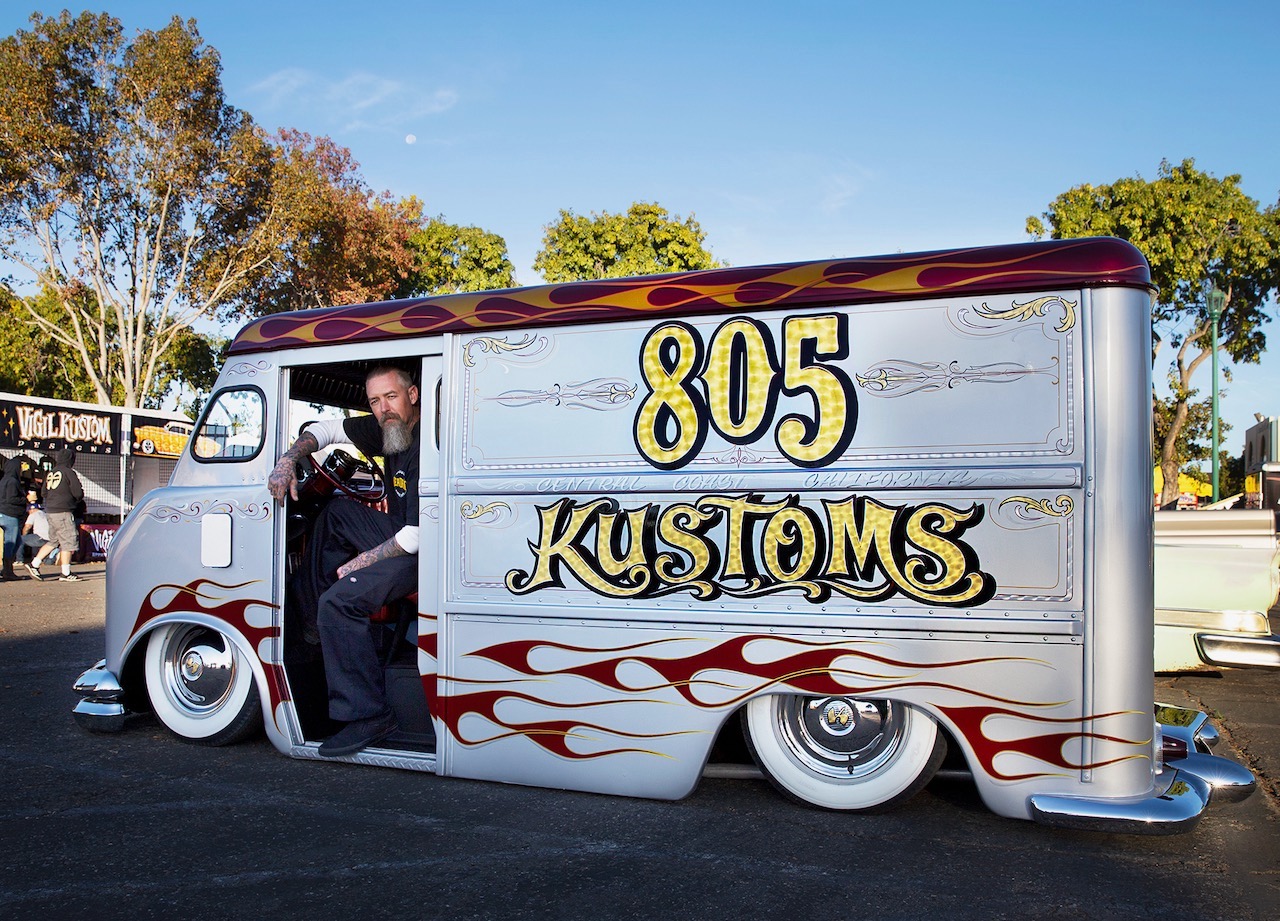 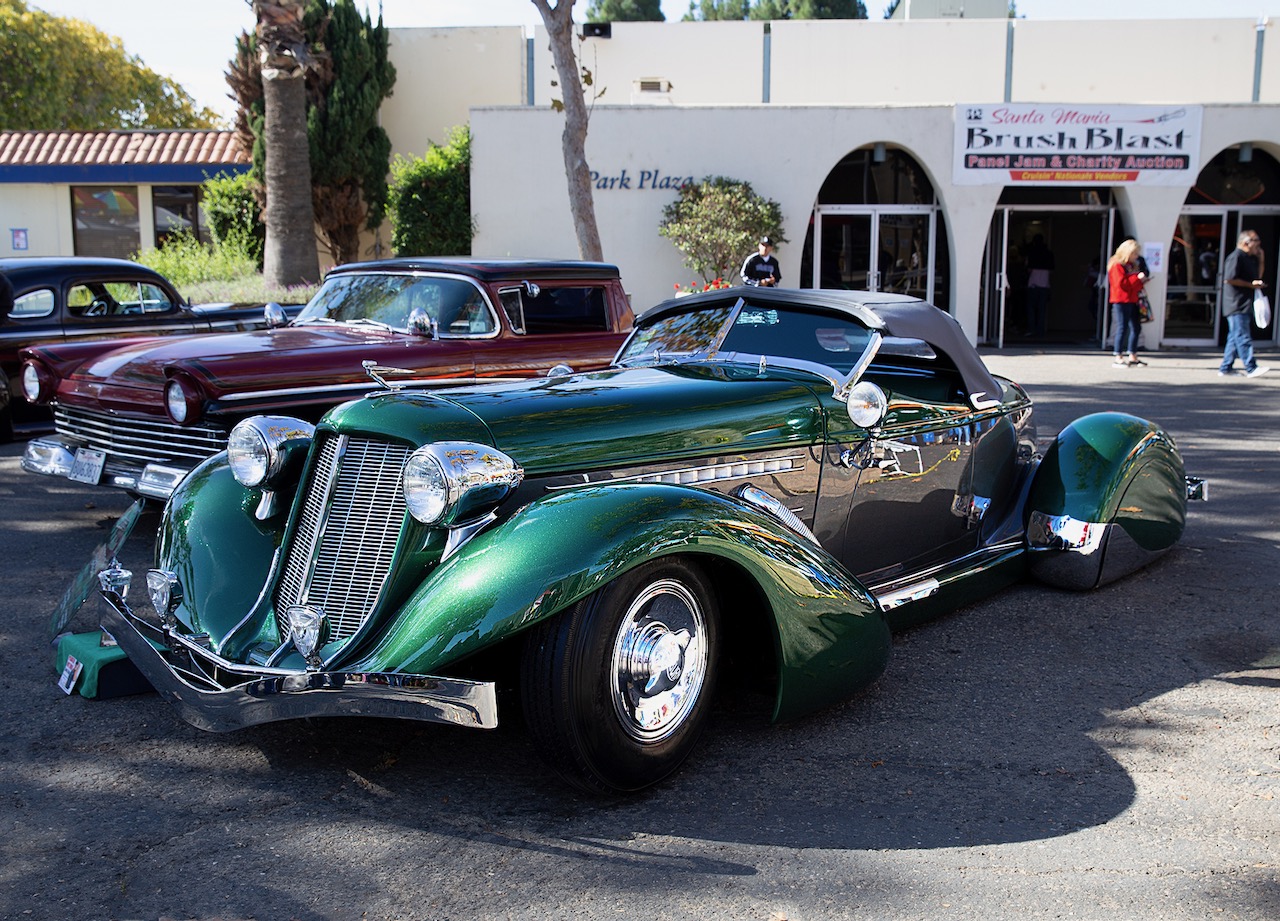 The WEST COAST KUSTOMS CRUISIN’ NATIONALS is a three-day event that kicked-off on Friday night, October 22nd with a Show Car Cruise along Broadway in Santa Maria. Despite a sprinkle of rain and more of the parade taking place in the early darkness of Fall, some 300 cars participated and wowed the fans and families who lined the sidewalks along the route. 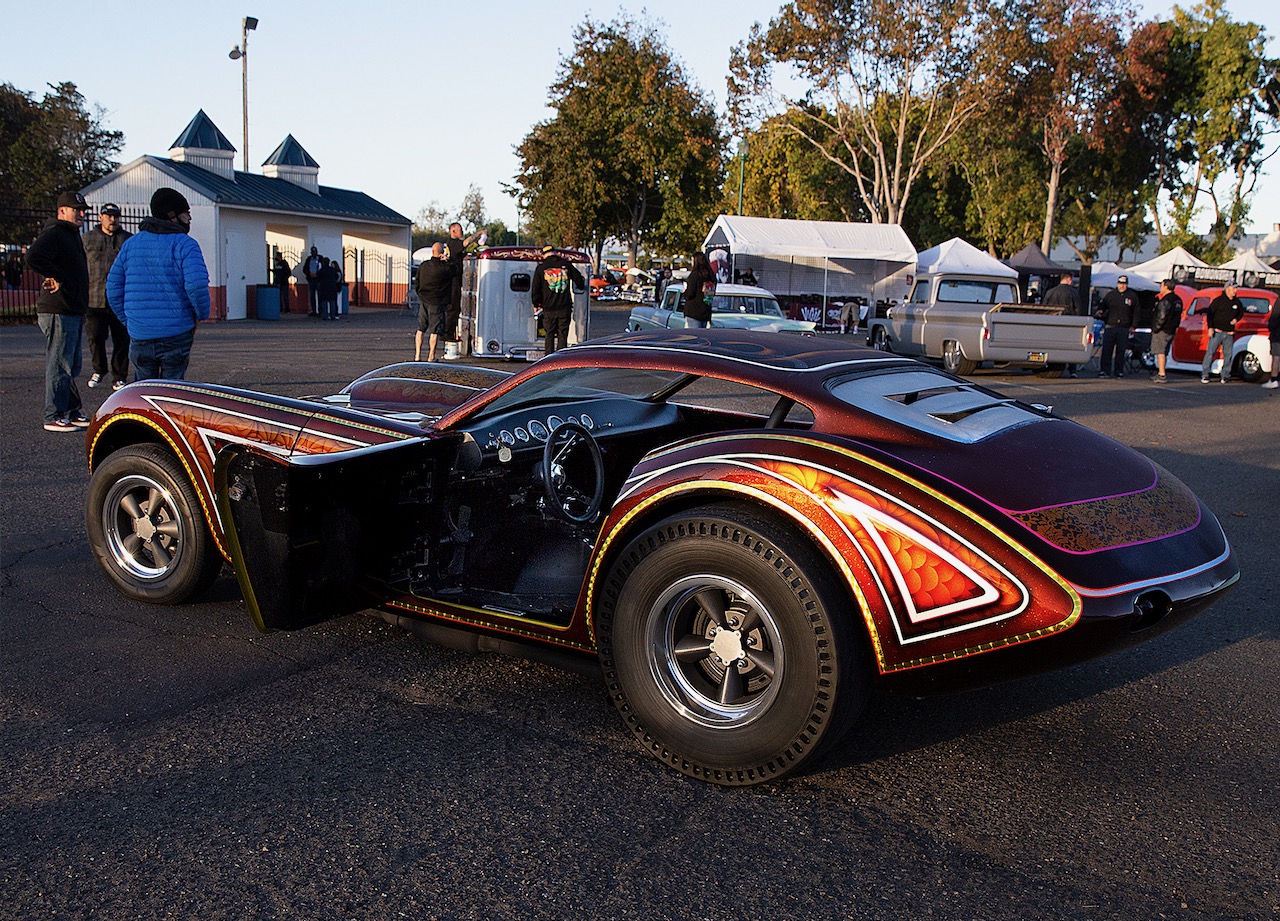 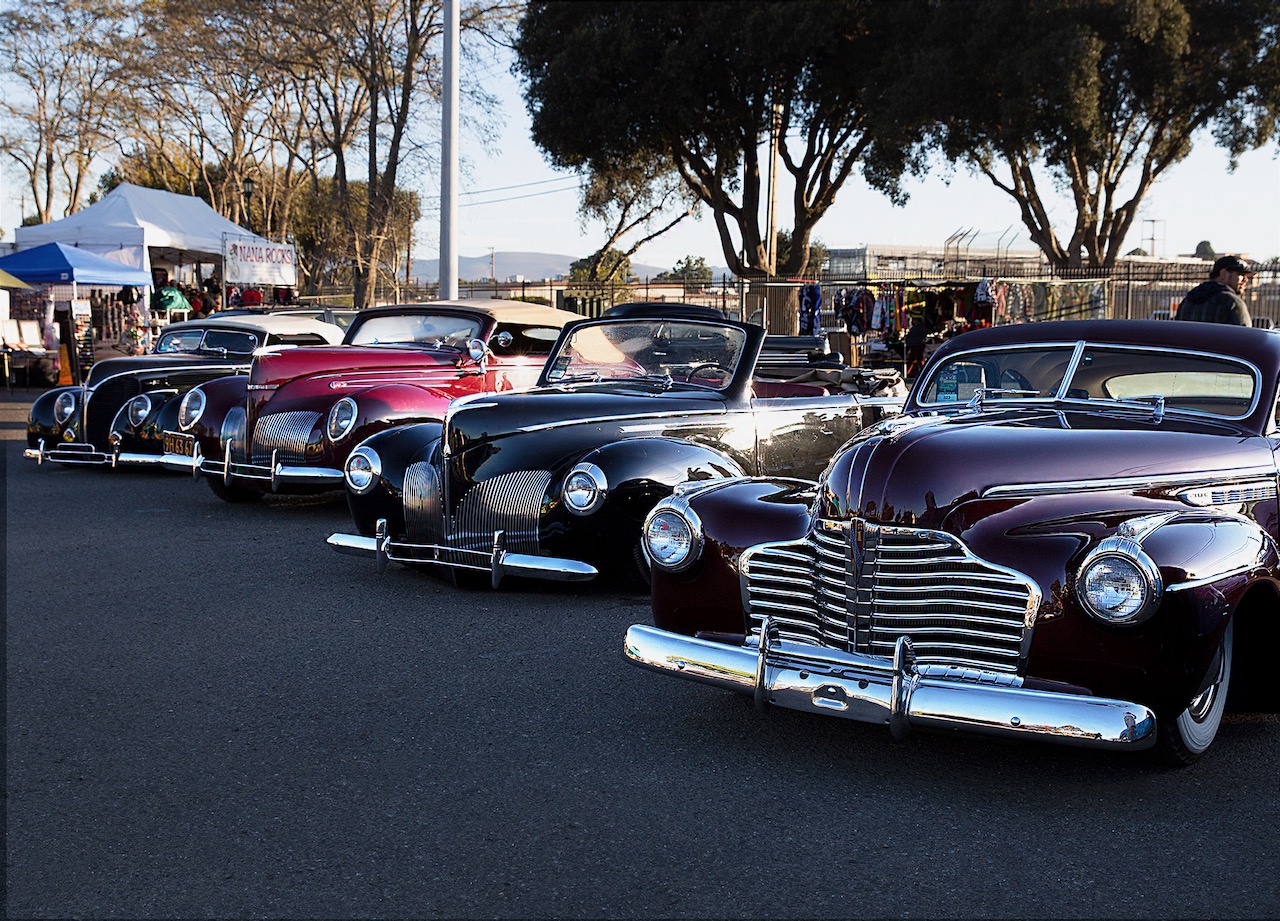 While the number of car entries fell short from the 800 range from previous years, approximately 600 classics and customs filled the Fairpark’s outdoor and indoor display areas. In addition to the head-turning cars, there were vendors, a model car show, a Pin-Striping Party hosted by PPG, an automotive parts swap meet and live music by the Belmont Kings both Saturday and Sunday. 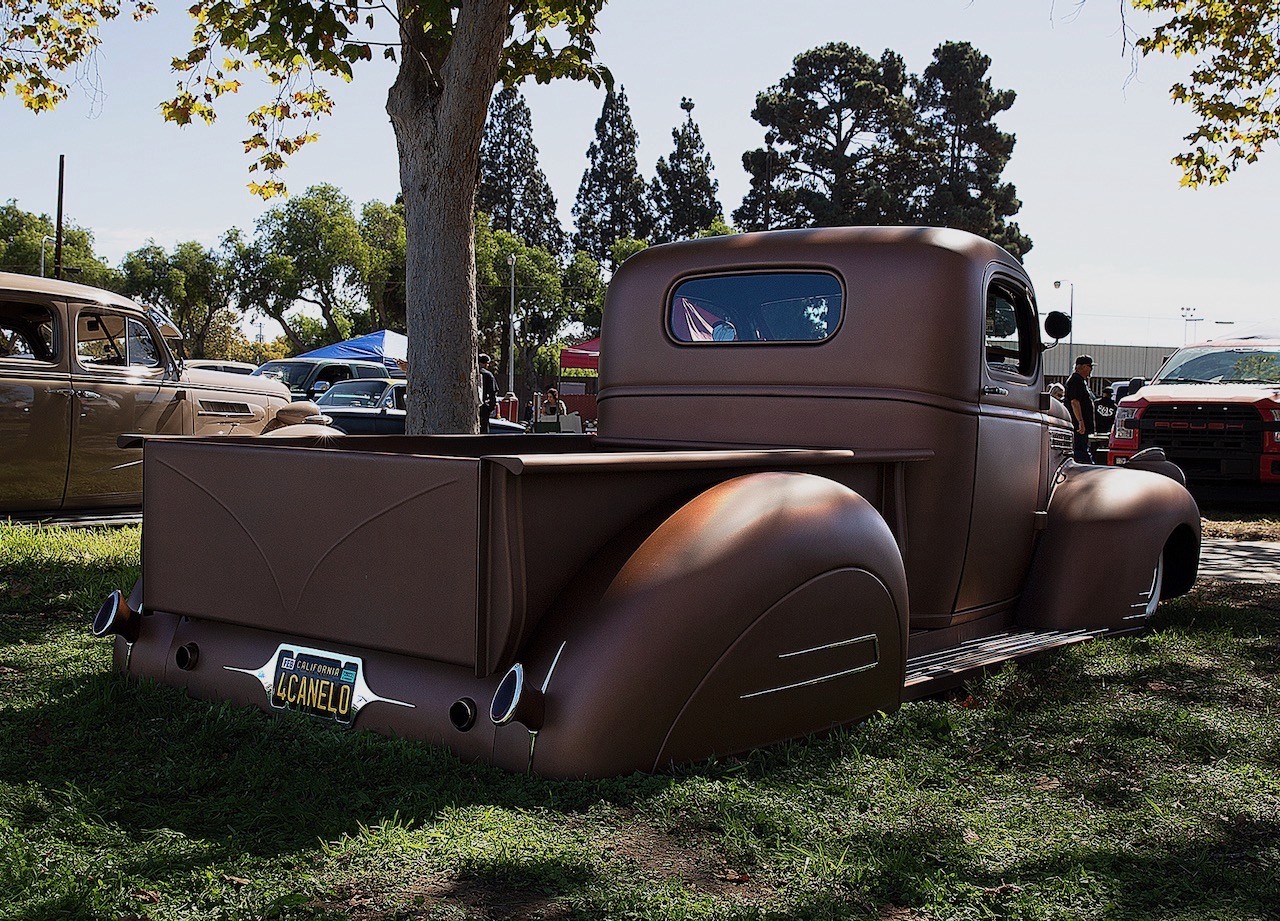 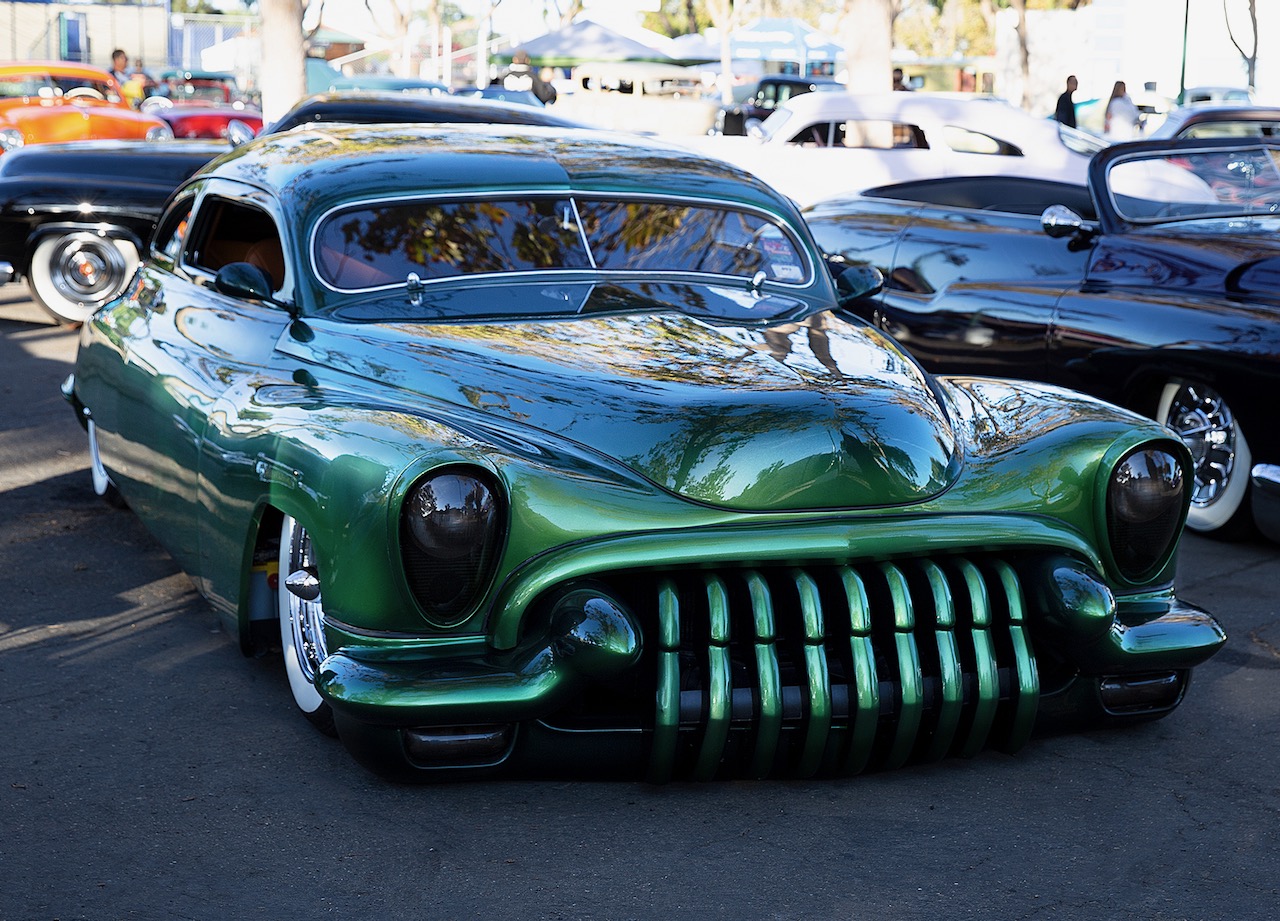 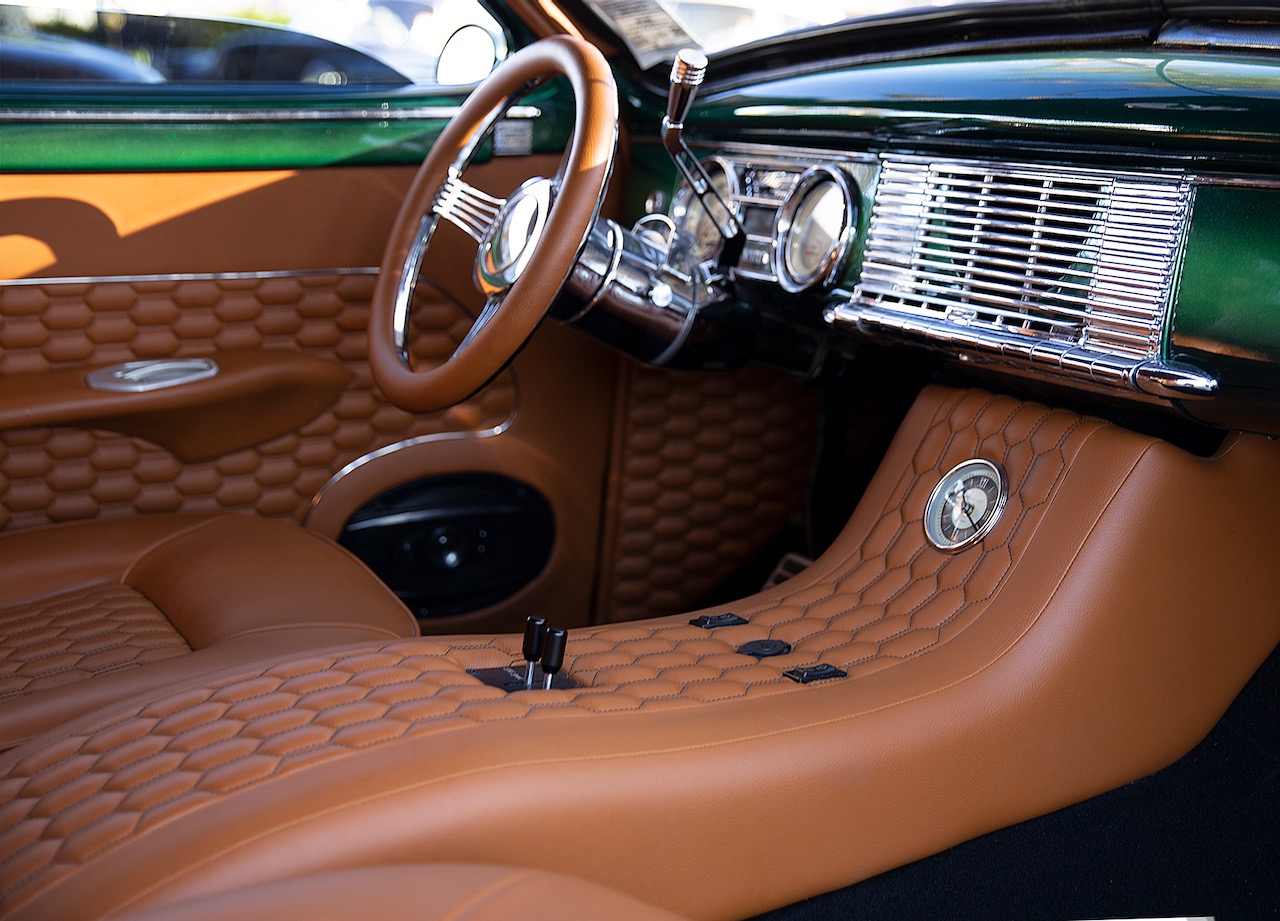 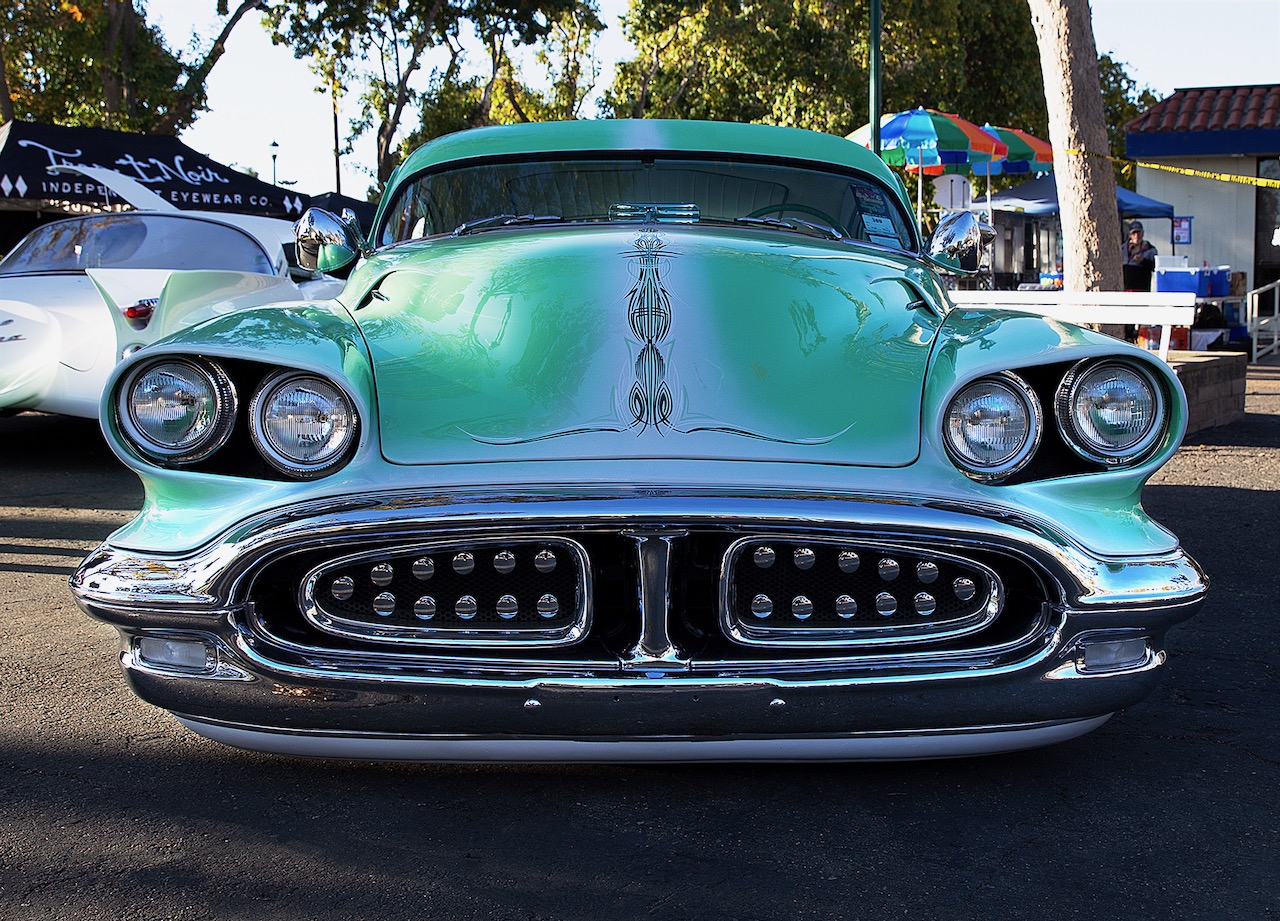 A portion of the proceeds from the event support Alzheimer’s research and the Wounded Warrior Project. West Coast Kustom’s Penny Pichette let us know that the 2022 show will kick into gear as it traditionally has, over the Memorial Day Weekend. Mark your calendars! 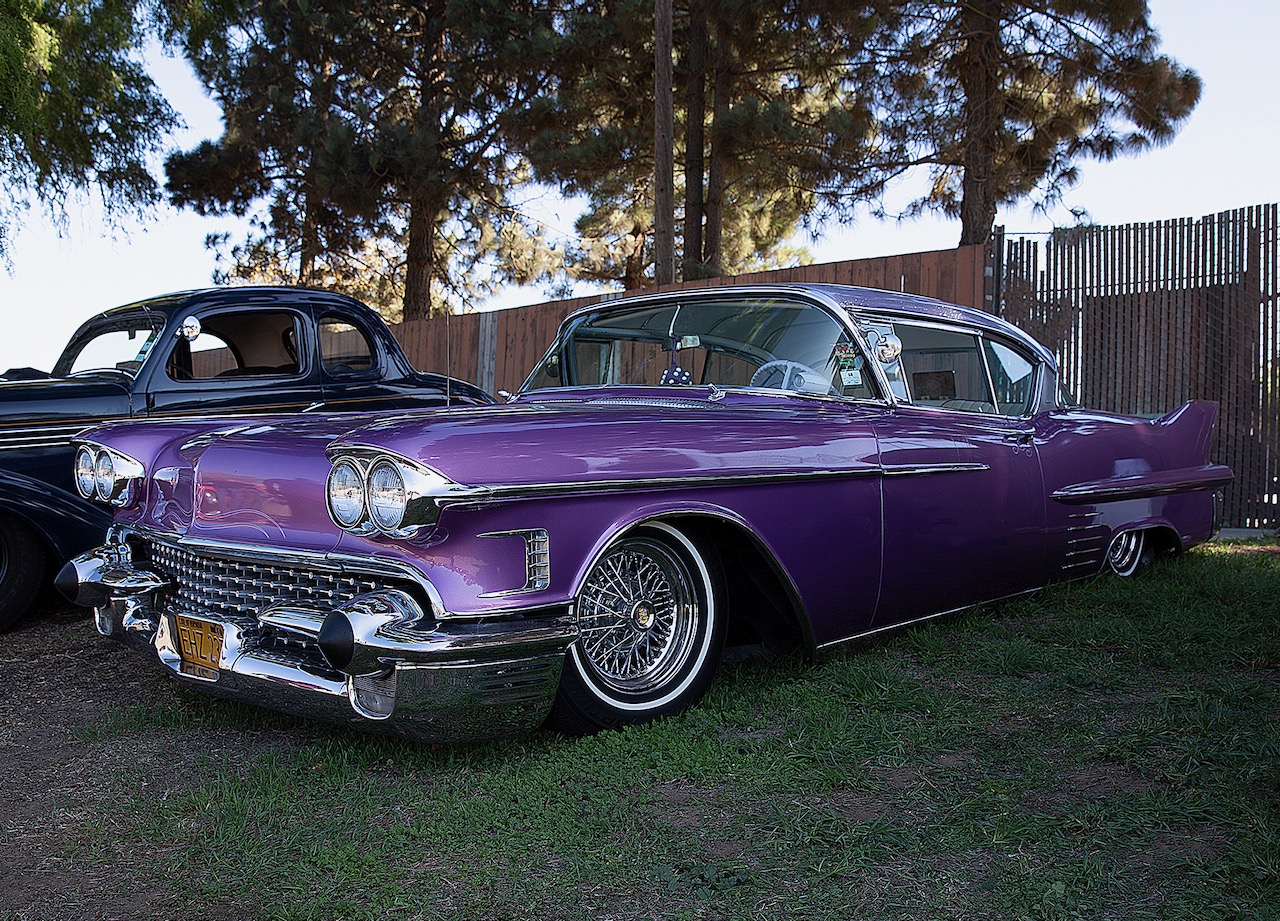 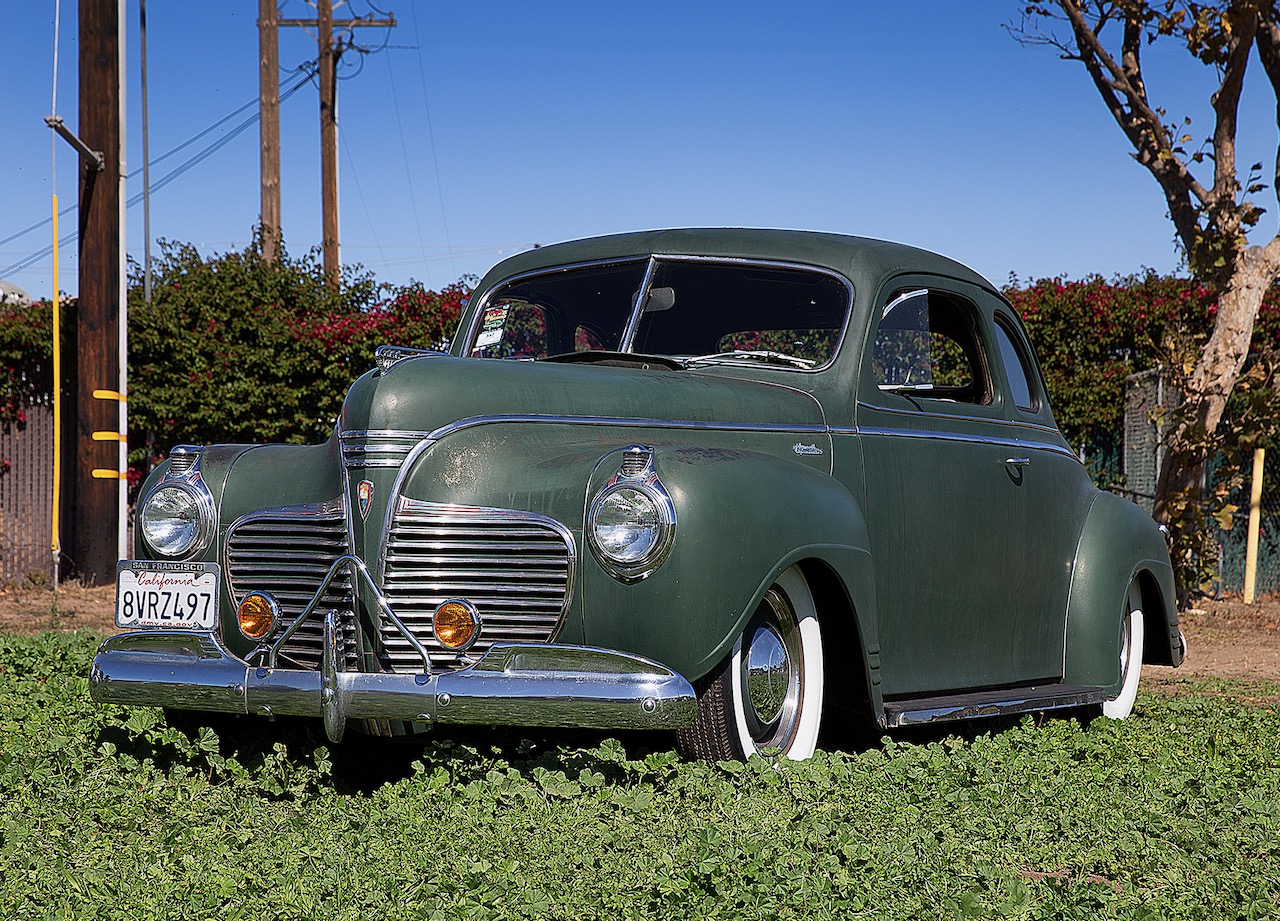 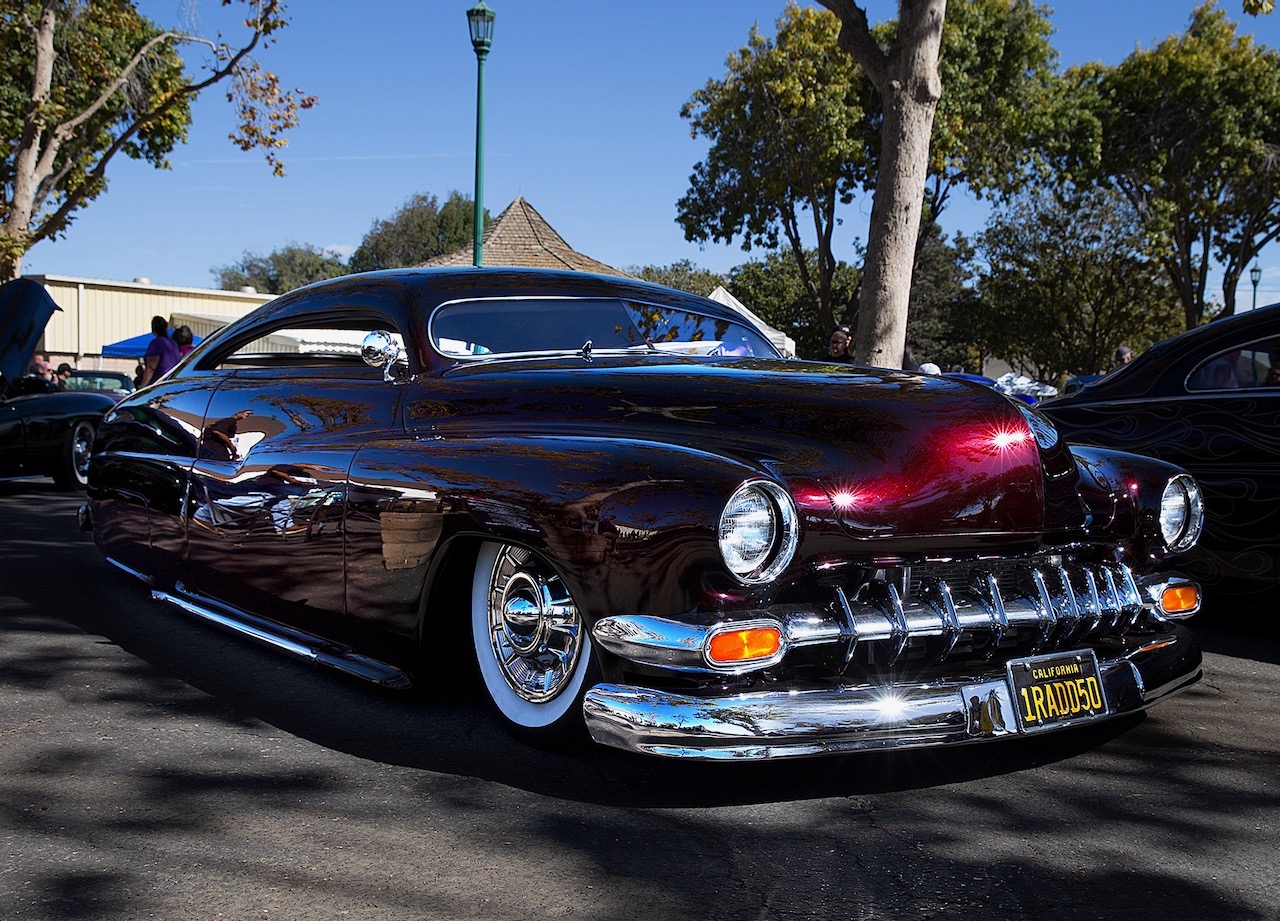 As I crisscrossed my way through the showgrounds, I met a number of Car Culture celebrities including legendary 94-year-old customizer and fabricator Gene Winfield, still manipulating metal and spraying paint in his Mojave Rod & Custom shop, and American Graffiti movie star, Candy Clark who graciously posed for a photo. As some movie-buffs will remember, Candy was nominated for a Best Supporting Actress award for her performance in this iconic 1973 American classic. 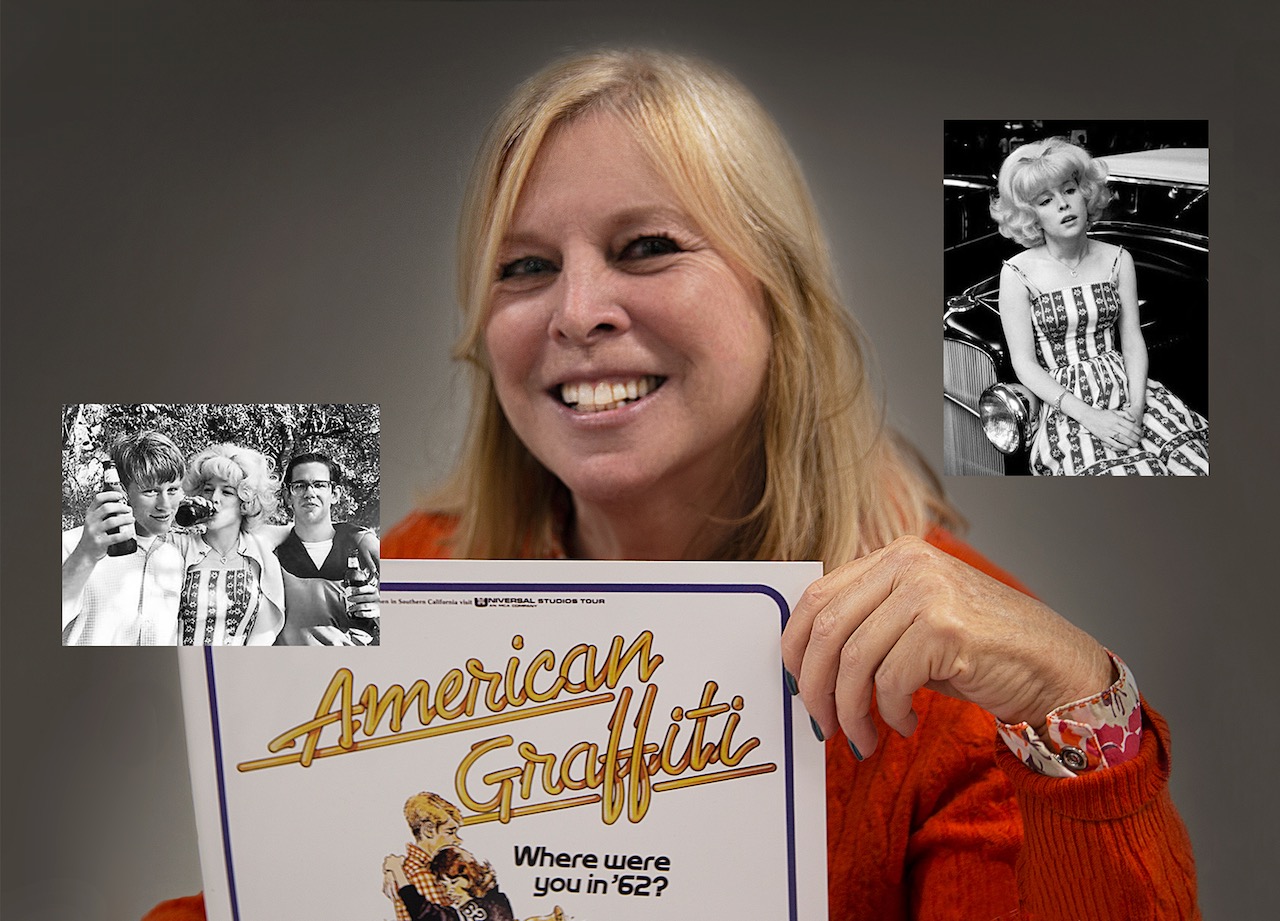 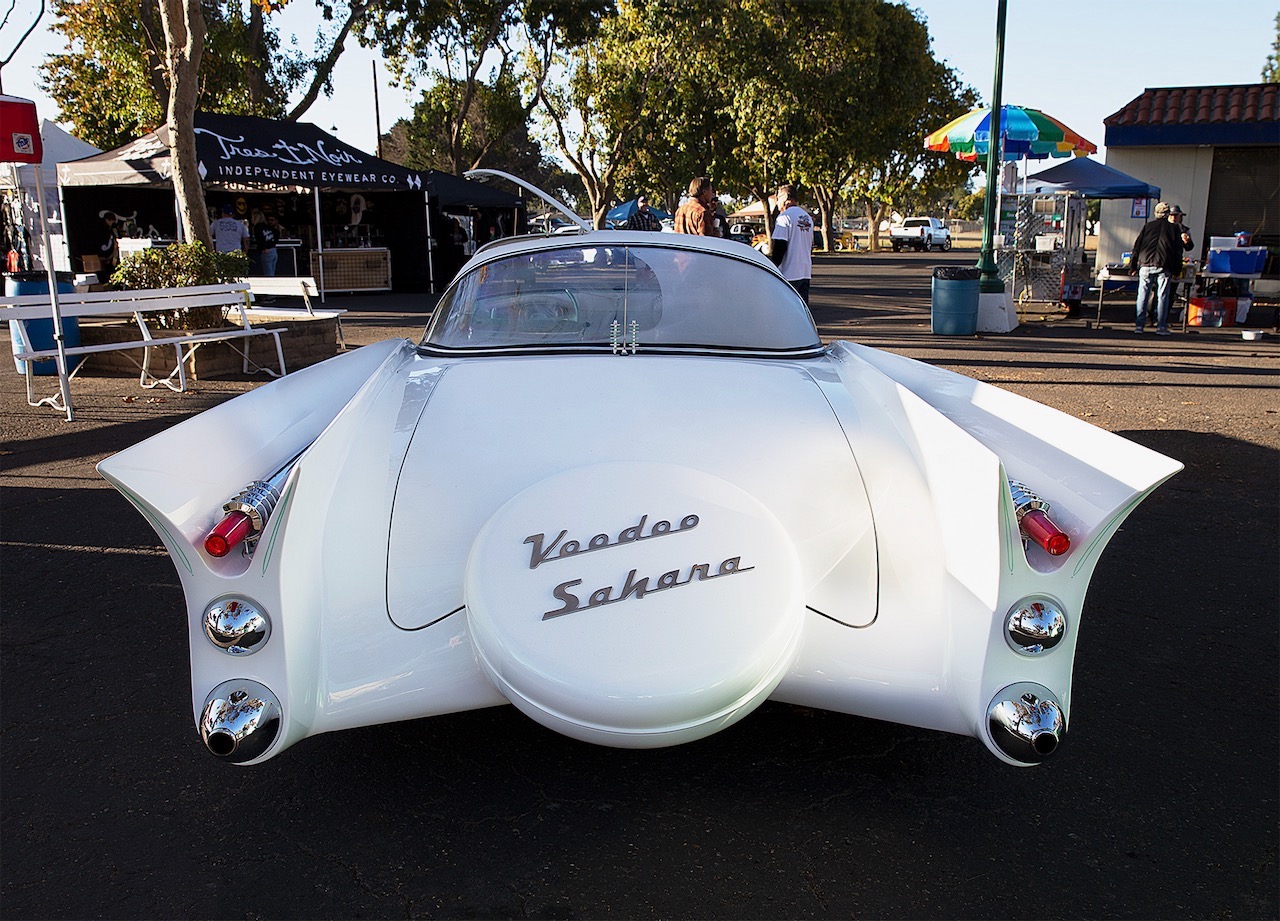 I apologize to Car Guy Chronicles fans for presenting this 2021 report in 2022, but as they say “Life Happens”– and as my mom use to say – you have to “Go with the flow.” So “streaming” here and now are some of the cars that grabbed my attention at the Fairpark – like Voodoo Larry’s audacious ’54 Kaiser Manhattan Voodoo Sahara.

For more information about the sponsors of the WEST COAST KUSTOMS CRUISIN’ NATIONALS, please visit https://www.westcoastkustoms.com/