Skip to content
Mike Matune, our man in the field, blogs about another great vintage racing event
in Southern Virginia. 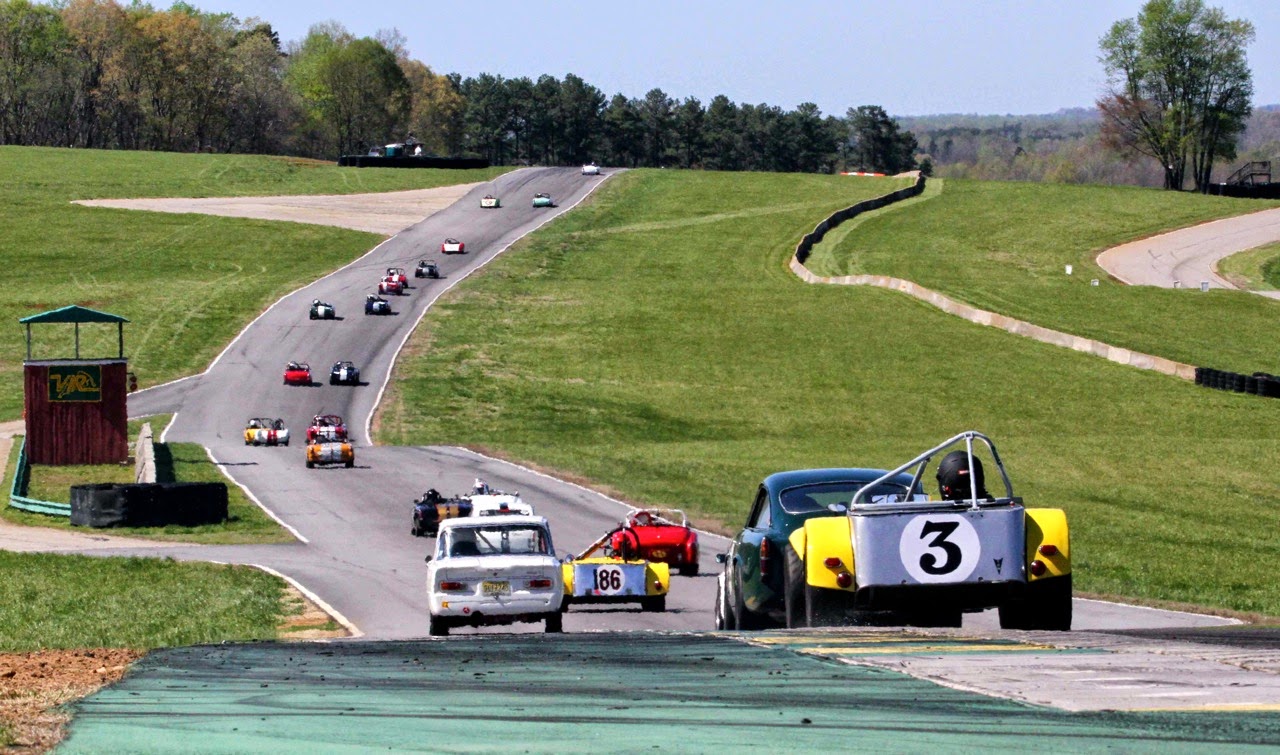 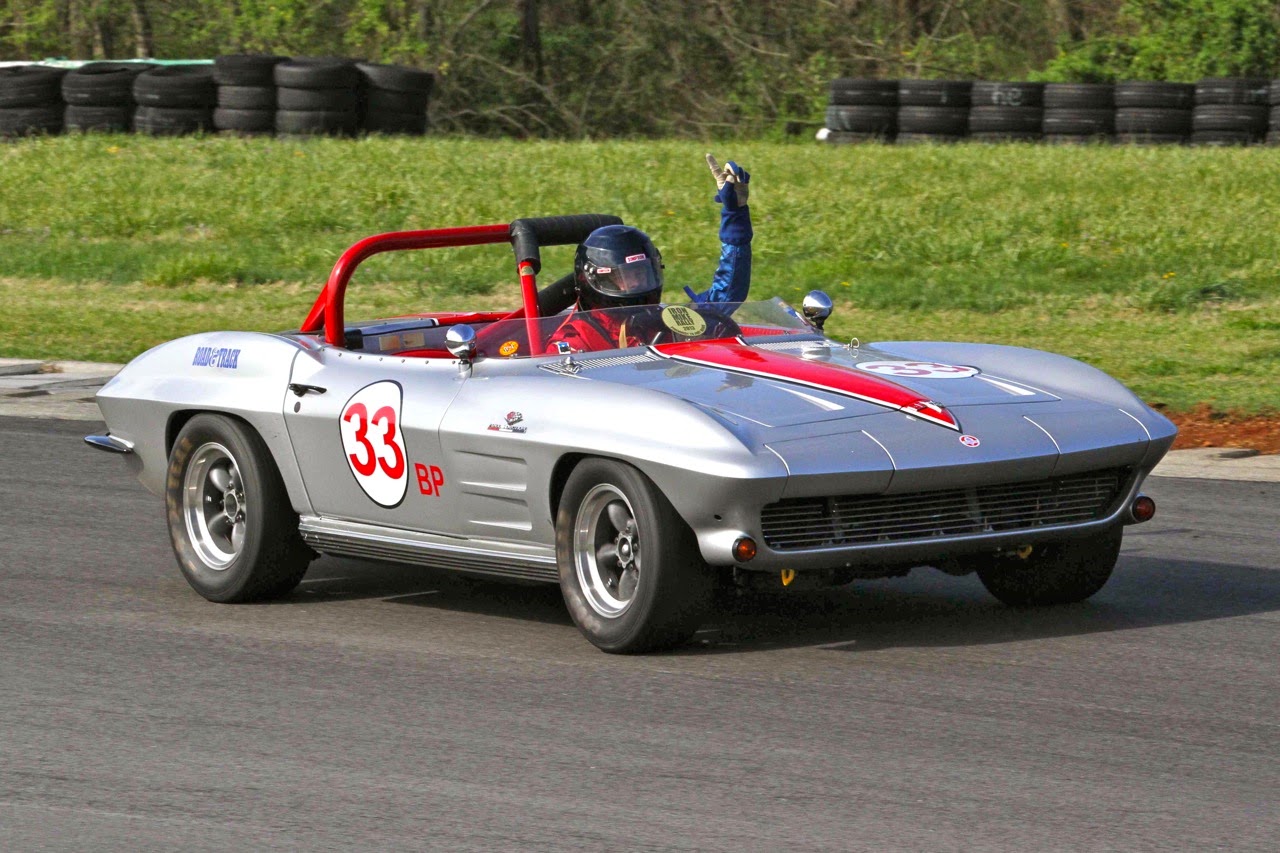 VRG and VDCA combined for an early season event at Virginia International Raceway. Despite early threats of intense weather, the event ran under clear skies. The organizers somehow managed to hold the rain off until evening and the racing was over, neat trick! Here the Group 3 field, top, moves out of “Oak Tree” and stretches all the way down the back straight. Noted author Tom Cotter (Holman Moody, The Cobra in the Barn and 50 Shades Of Rust) and friend of CGC editor, turned up at VIR with a Corvette. Normally associated with the Blue Oval and Shelby Cobras, Tom’s Sting Ray sports SAAC stickers front and rear. His Corvette has been a racecar for almost its entire life. Tom, above, signals his intentions to pit on Turn 17. 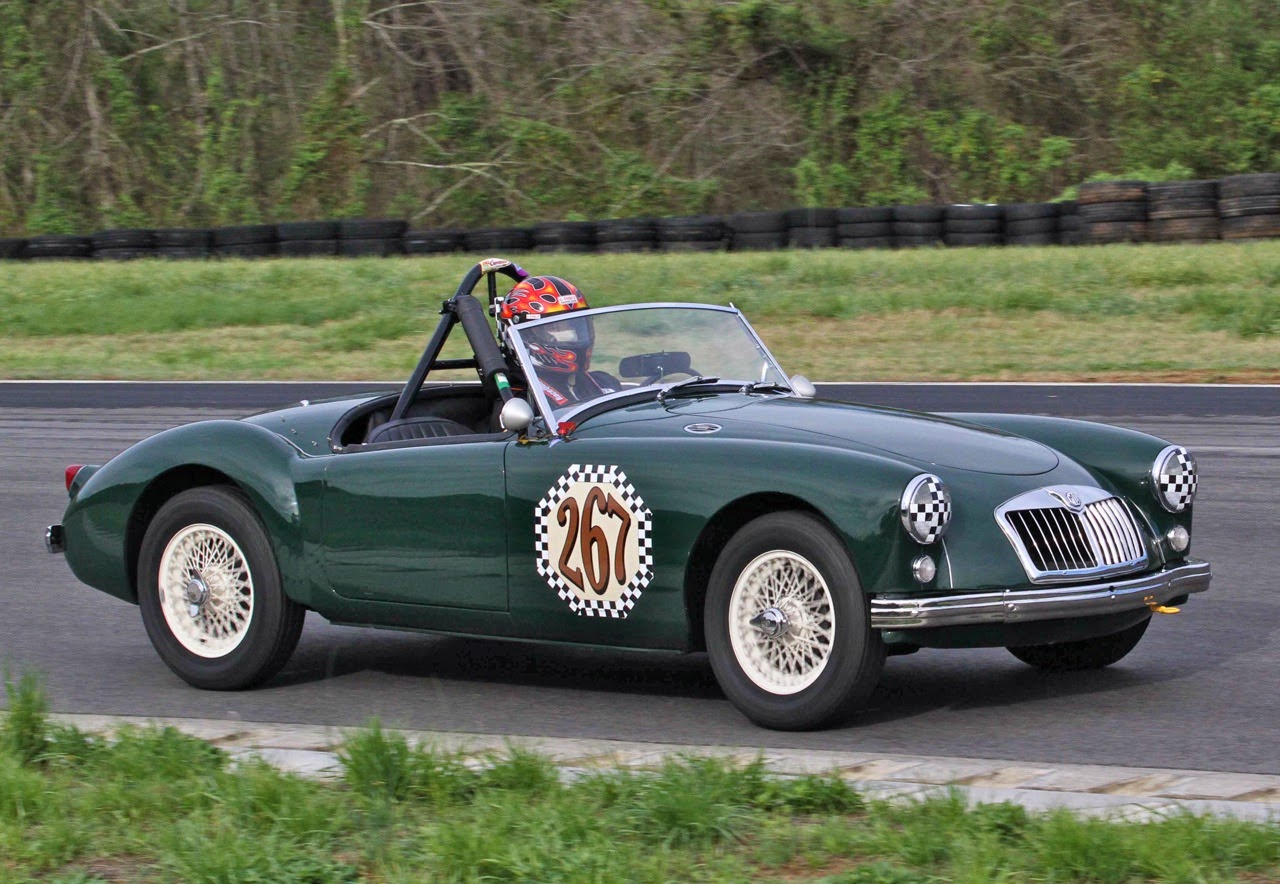 The 13th annual Wild Hare Run has the distinction of being an MG vintage racers’ “Focus Event” which translated in a large turnout. Bob Virikas’s MGA set the tone. While the safety gear, like his helmet & driving suit and the car’s roll bar, are modern, the car harkens back to another time with taped headlights, full windshield, painted wire wheels and octagon shaped number roundels trimmed in a checkered motif. 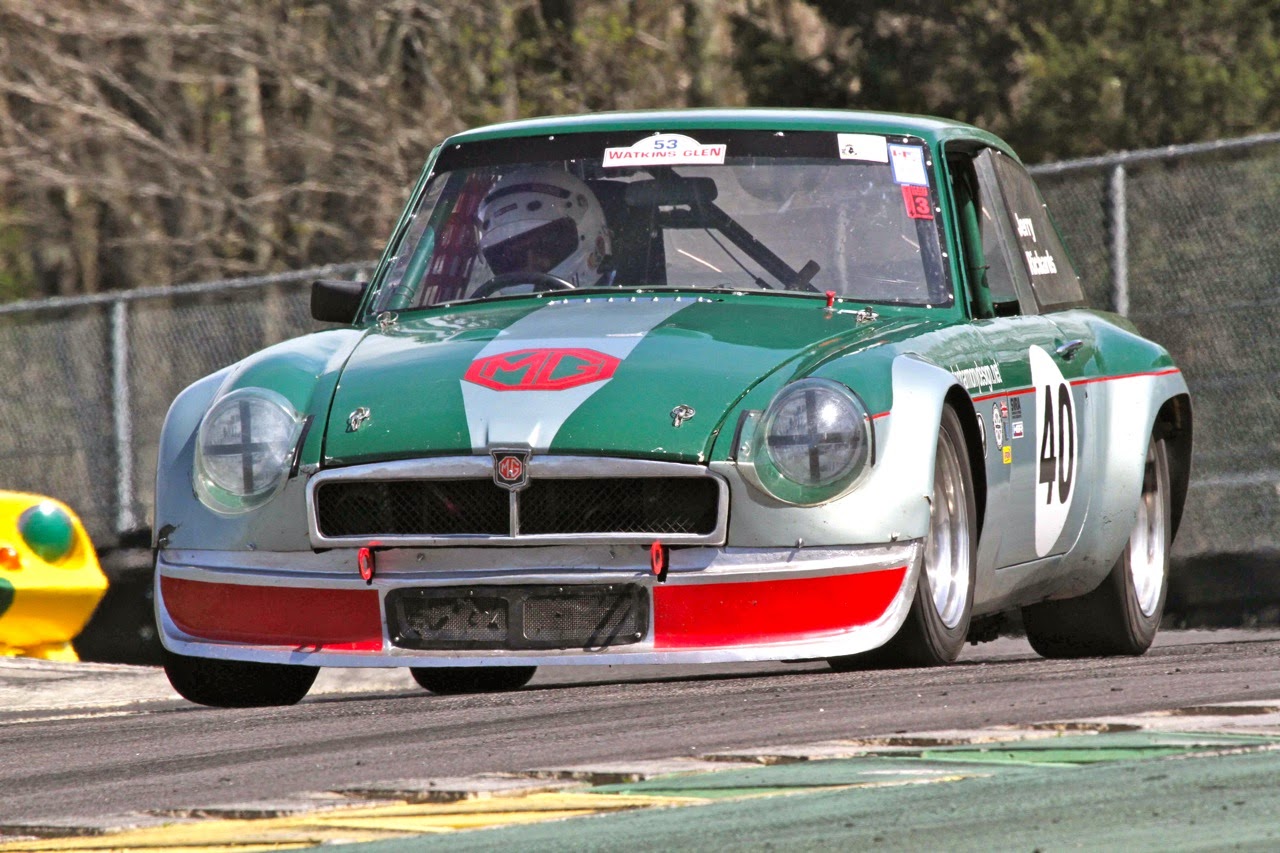 Staying with the MG theme, we move to the other end of the speed and noise spectrum with Jerry Richards’ MG B GT V8. Looking menacing with its Sebring bodywork stuffed with large wheels & tires, the car is powered by a Rover (ex GM) aluminum V-8 equipped with a brace of Webers. His was one of two V-8-powered MGs there and they proved worthy competitors in the “big car” racing sessions. 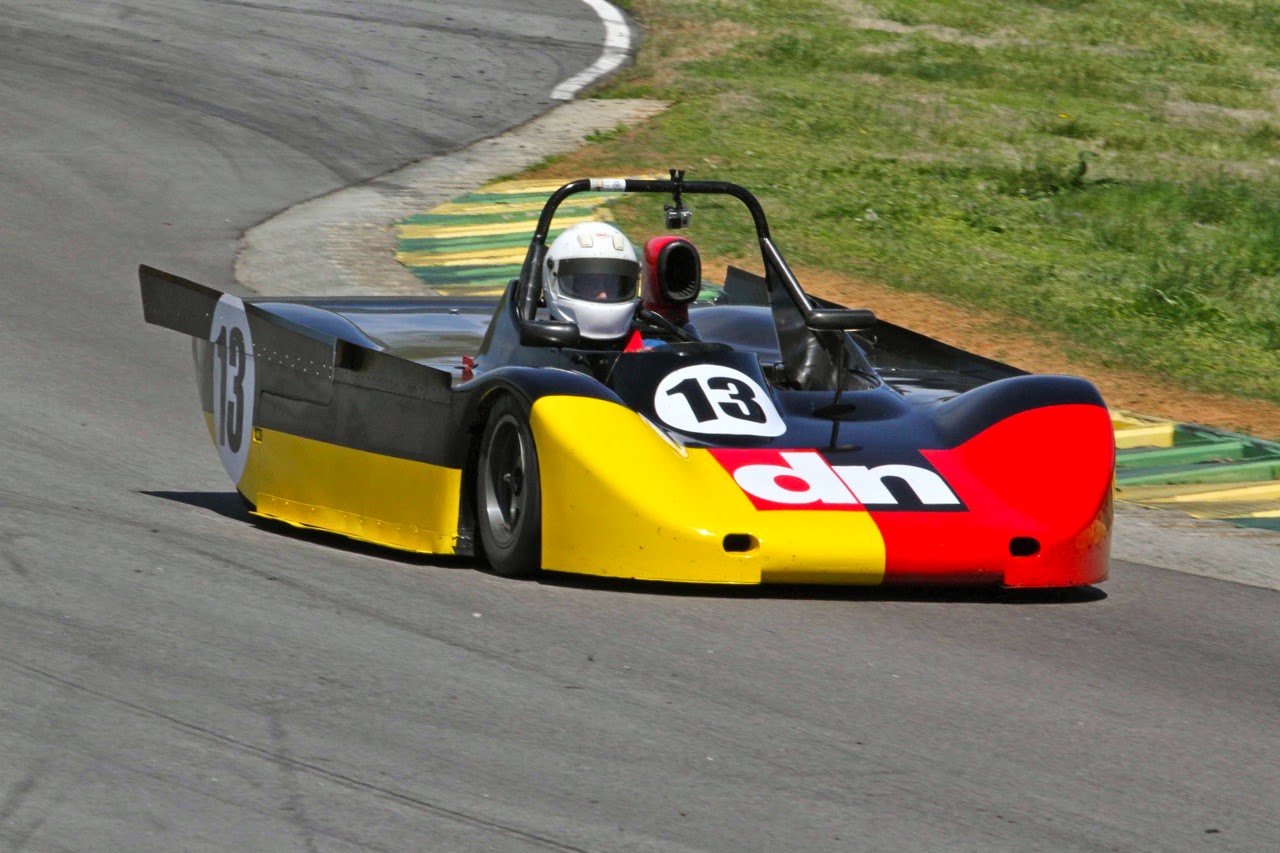 Cartoonist Henry Payne IV proves he is as quick in a race car as he is with a quip. The Payne family has been racing for generations and Henry continues that legacy. His mount is a Lola T596 Sports 2000. While powered by relatively stock 2000-cc Ford Pinto SOHC Fours, the cars enjoy more significantly sophisticated chassis, suspension and aerodynamics. As they are relatively closely matched on power, Sports 2000s put on a great show. 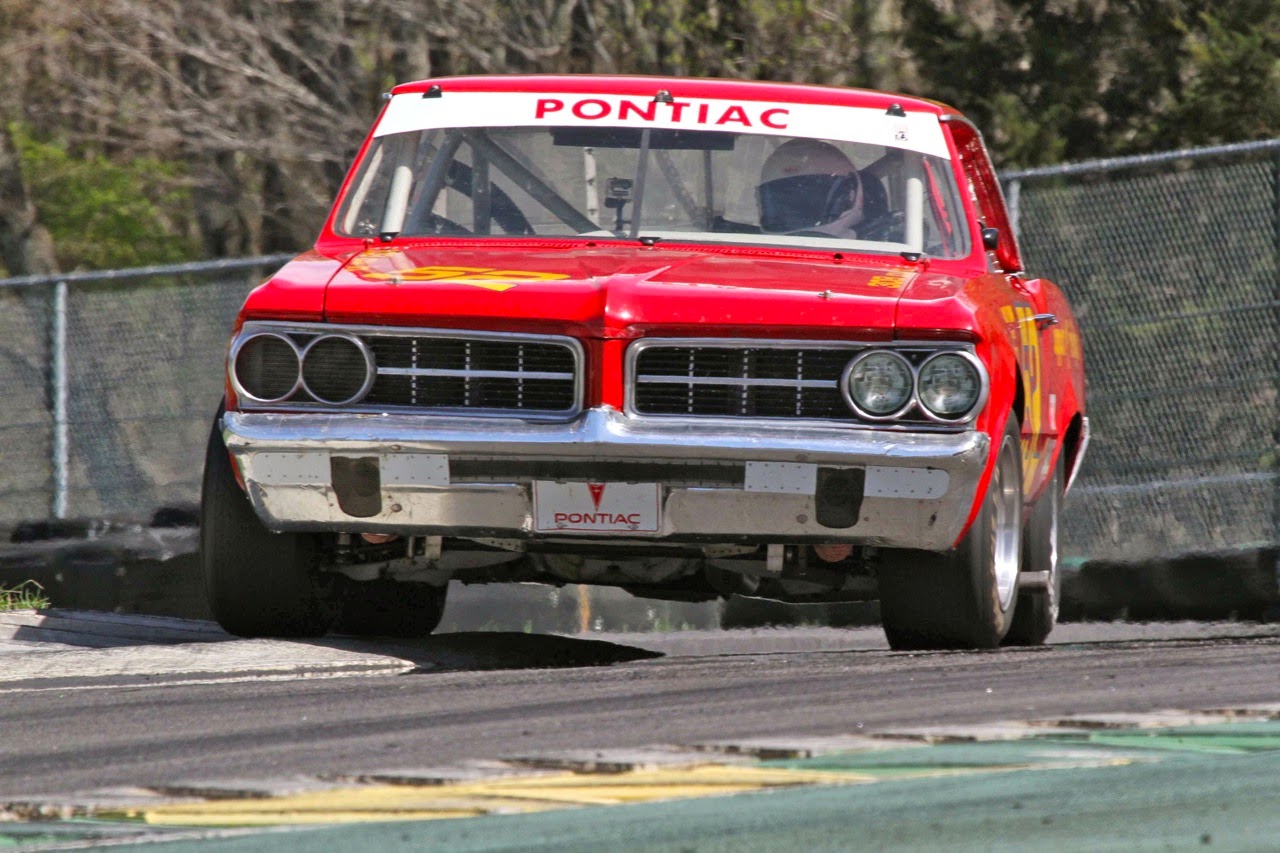 We have shown Dennis Moser’s GTO before, but its unique appearance and scintillating performance bears repeating.  One can’t avoid making the connection to Herb Adams’ “Grey Ghost” of Trans-Am fame. I recently became aware of a book that tells the story of a couple of Adams’ Trans-Am racers in novel form, Blood, Sweat & Gears by David G. Barnes It’s an entertaining read. 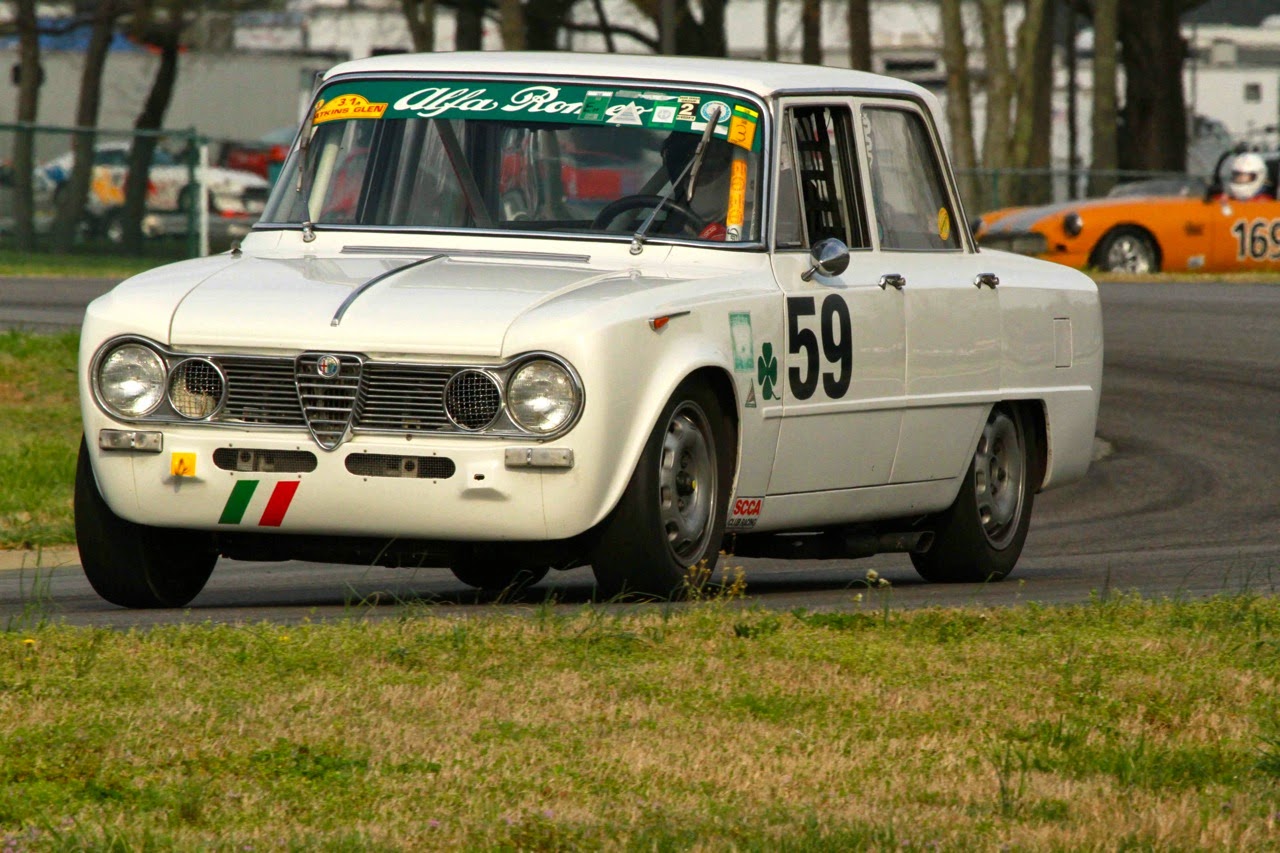 With Alfa’s return to the U.S. market, it is time to remember some of their past glory such as Tomas LaCosta’s ‘65 Giulia TI. Under its boxy, sedan exterior, the car holds many of the same powertrain parts as the sexier roadster and coupe siblings. It gives the lucky driver a true sports sedan, “Q-Ship” experience. 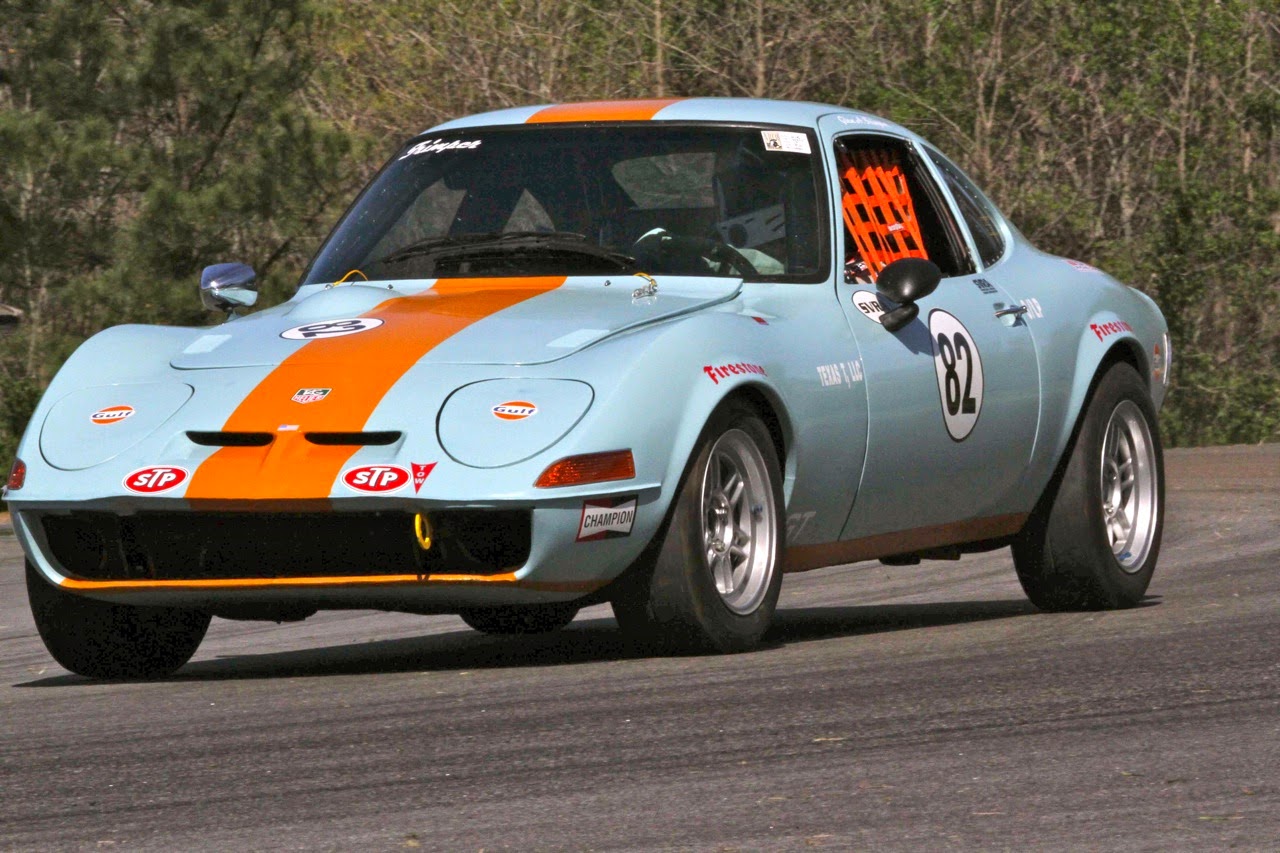 Racecars are complex beasts exhibiting strange behaviors and defying logical solutions. Glen Trimper races an Opel GT, hardly a common choice in any kind of racing. The car is still new and only time will tell if it will become his “Unfair Advantage” or just turn out unfair! 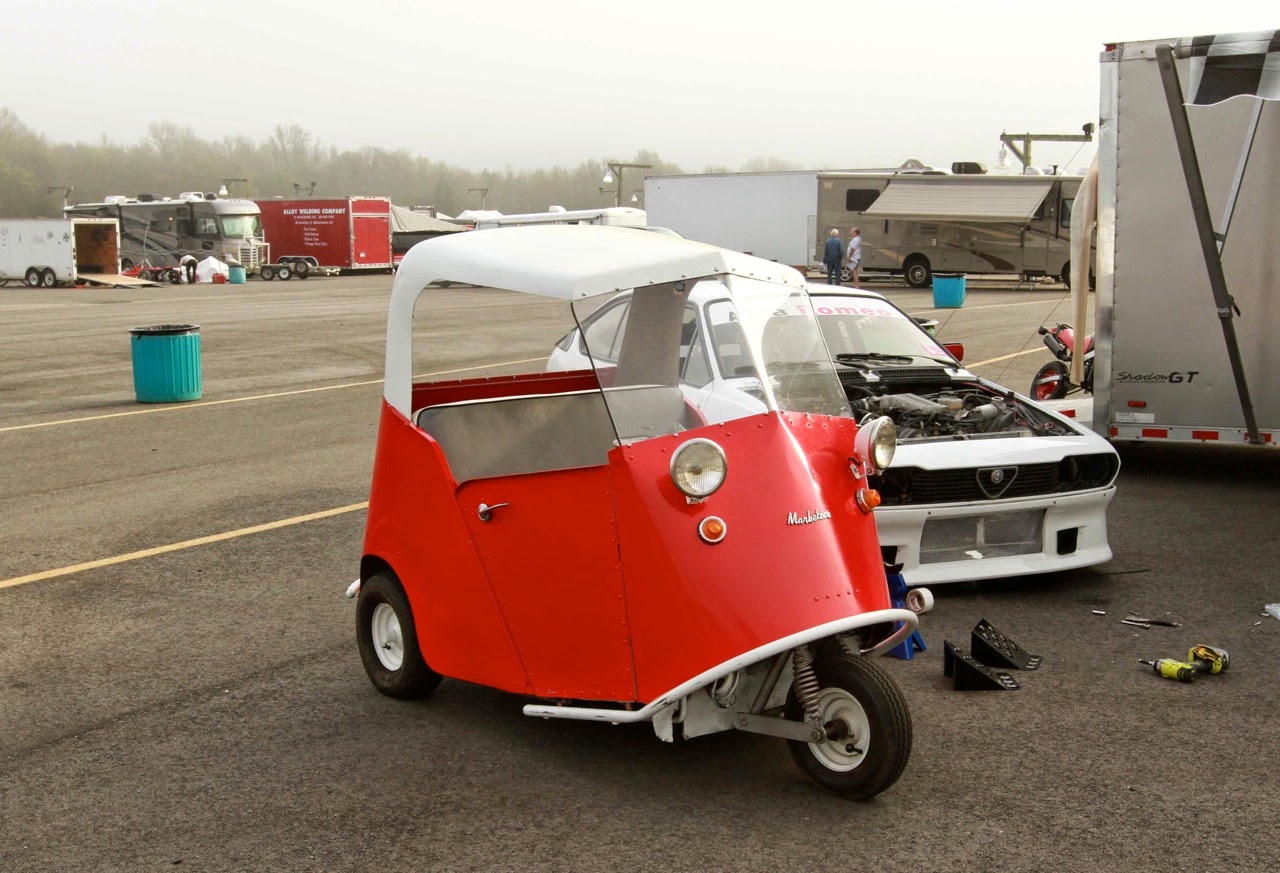 You never know what you are going to find on a pit walk. Here’s Mark Brummond’s ‘56 Marketeer. The name is probably a play on the popular at the time, Disney “Mouseketeer” name. This is an all-electric car conceived as a fully functioning automobile with complete road equipment and designed to be titled and registered for street use. Its lack of practicality inevitably hastened its demise, but today it makes a great pit conveyance. 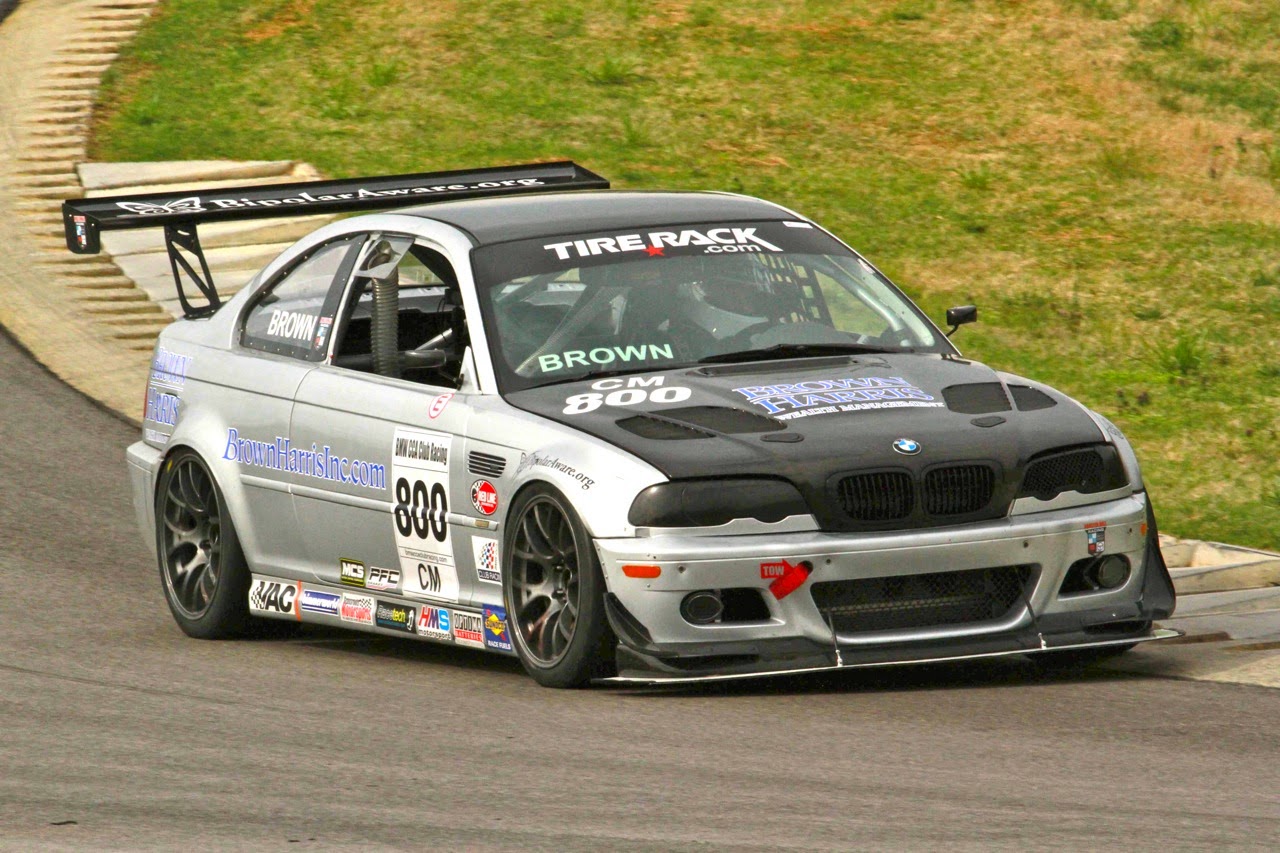 Todd Brown, at the bottom of the “Roller Coaster”, took another of the Sprint races.

Thanks to Amber Noya and to Connie Nyholm and her entire staff at VIR for their hospitality. For more information, please visit: http://www.vrgonline.org/   http://www.vintagedrive.com/