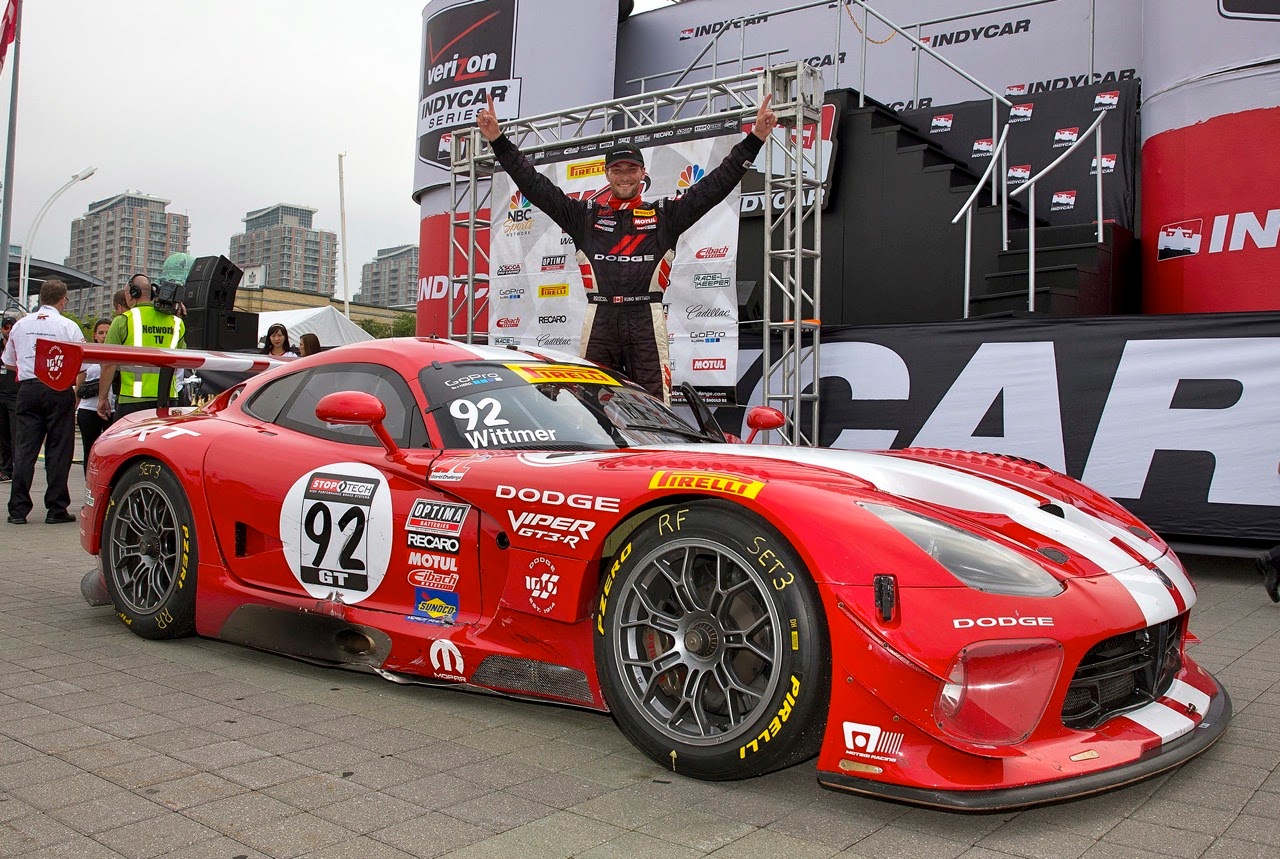 The No. 92 Dodge Viper SRT GT3-R, prepared by Riley Technologies, started from the second position on the grid and quickly took the lead when Wittmer passed the race leader on the first lap’s third turn on the 1.755-mile, 11-turn downtown street circuit. Wittmer’s victory in the event marked the first win for the Dodge Viper SRT GT3-R in the World Challenge’s GT class and the Montreal native’s first in the World Challenge since last competing in the series in 2010. The victory was Wittmer’s seventh in the series and his third World Challenge win in a Viper in six seasons (2006-10, 2014) in the series.

“Winning on home turf is the best feeling on Earth,” said Wittmer. “It really is and this is definitely a step in the right direction building momentum for this entire SRT Motorsports team. In these types of North American championships, there are not a lot of Canadian events. When you do have the chance to race in front of your home crowd, it’s really, really special because I grew up racing in Canada.” 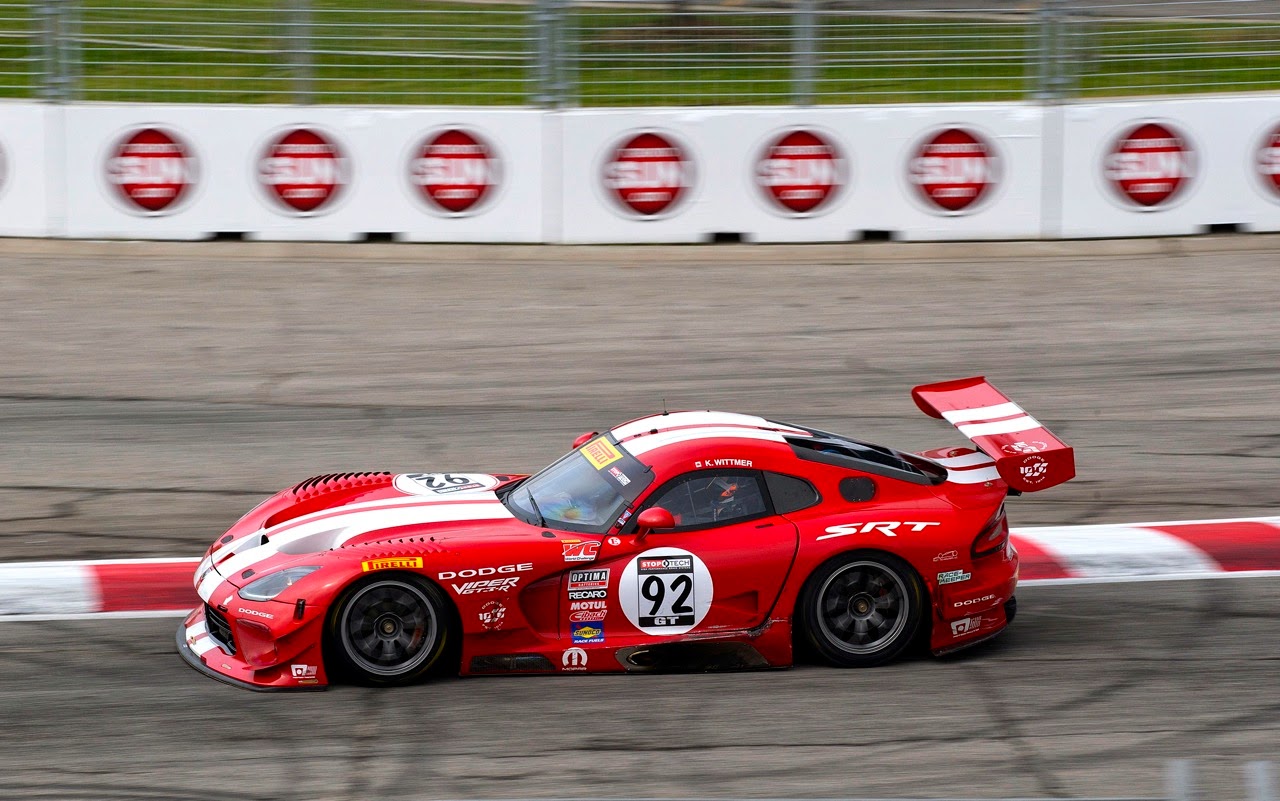 Wittmer, who finished second in Round Nine World Challenge race behind Nick Tandy, had to push his Viper to stay in the lead with several competitors attacking for position in the exciting race. Battling nose-to-tail in the final minutes, Tandy was challenging from second but fell back after touching the rear wheel of the red-and-white liveried Viper.

“I had a lot of pressure from behind from Nick Tandy – he’s a familiar competitor from another championship series we race in,” said Wittmer. “I pulled off the tricks that I knew from racing on street courses and you have to rub a little paint in these types of situations and I think we were on the same page. It was a lot of fun. Hats off to the team, as the Viper was outstanding.”

The race featured just one caution flag for three laps during the shortened, 37 minute and 53 second, 29-lap event, which was condensed and moved up to an earlier start time due to a rainout of the previous day’s IndyCar race. 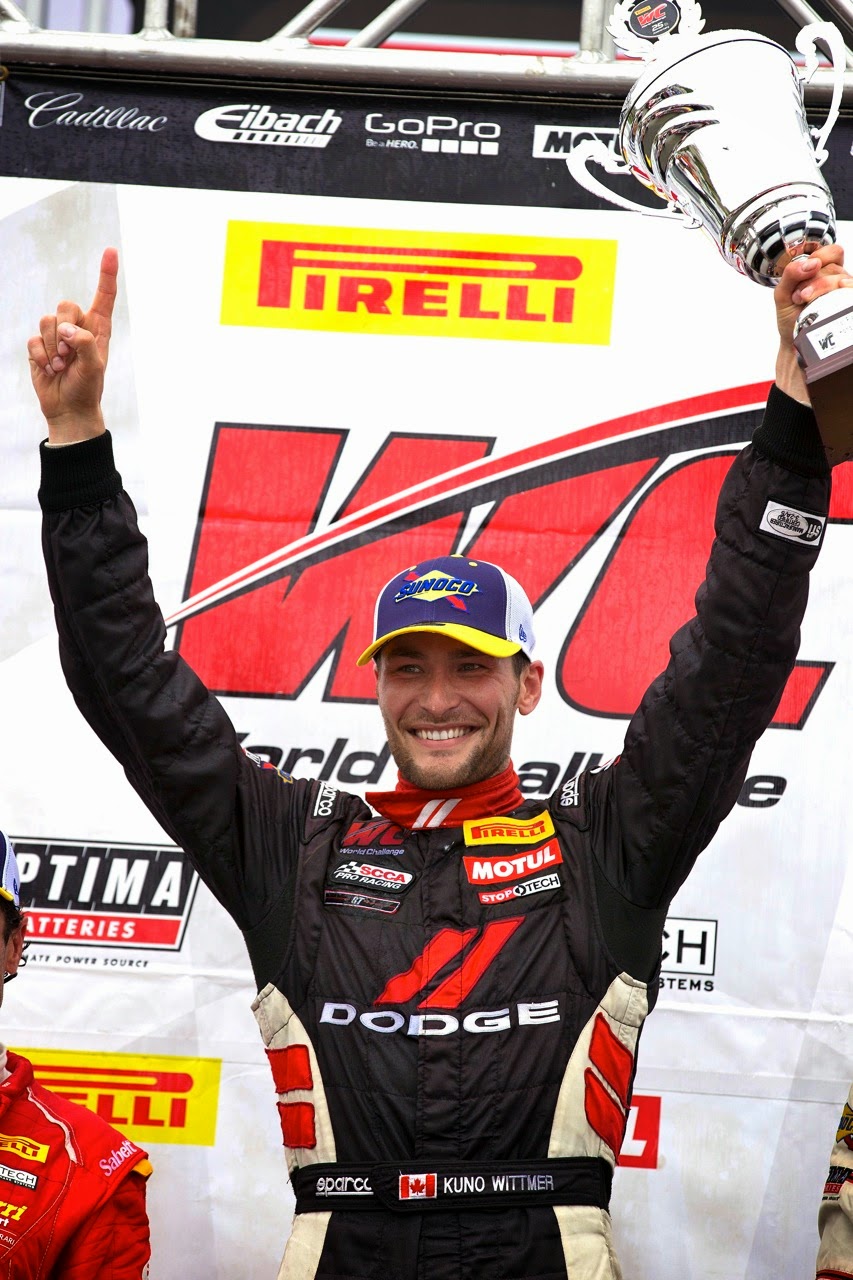 In addition to Wittmer’s victory in the GT class, the Viper GT3-R won in the World Challenge’s GT-A class with Dan Knox in the Detroit race in May. Knox finished second in his GT3-R in the GT-A class in Sunday’s World Challenge event.

Wittmer’s entry into the Toronto doubleheader race weekend was the Canadian driver’s only scheduled appearance in the World Challenge. Wittmer and the SRT Motorsports team will next compete in the IMSA TUDOR United SportsCar Championship’s Brickyard Grand Prix at Indianapolis Motor Speedway on Friday, July 25 with its two full-time Dodge Viper SRT GTS-R entries.

SRT Motorsports has partnered with Riley Technologies, based in Mooresville, NC, on the design and build of the Dodge Viper GTS-R racecars. Two identical Viper GTS-Rs compete in the production-based GT Le Mans (GTLM) class in the TUDOR United SportsCar Championship, where the various GTLM class entrants share many styling similarities to their showroom brands.

For the latest on Viper & SRT, please visit http://www.drivesrt.com/2014/srt-viper/