Our Jim Palam joins the motorcycle cognoscenti at the Quail to take in some of the ‘best of the best’ bikes on the west coast. 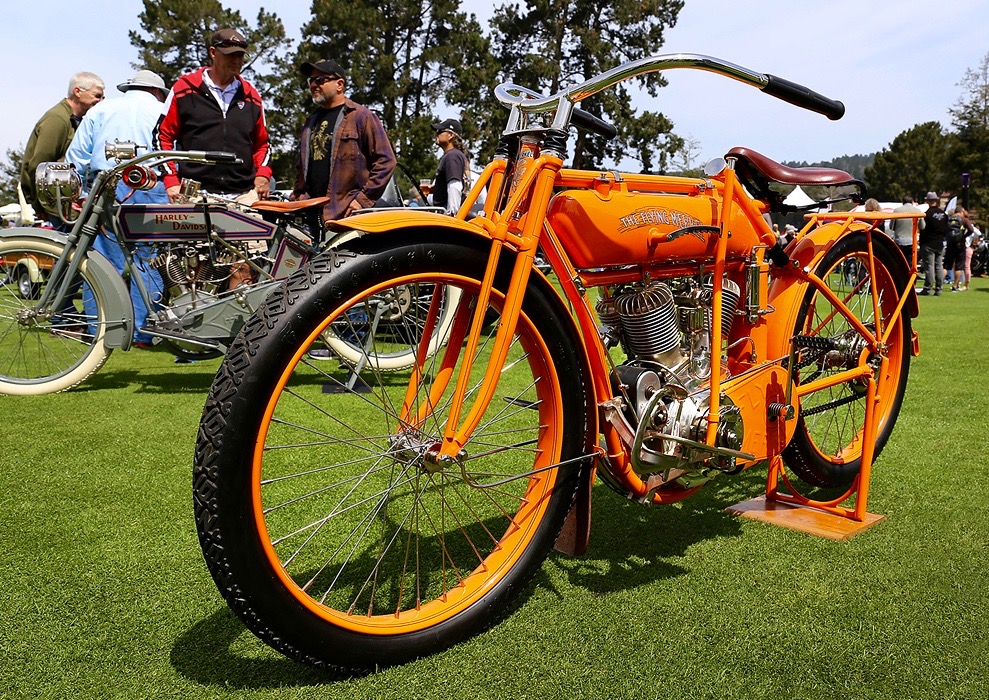 The air was crisp and excitement levels high as I grabbed my camera and joined thousands of motorcycle aficionados on the manicured grounds of the Quail Lodge & Golf Club in Carmel, CA. I’d been here before but each year at The Motorcycle Gathering brings new surprises – as enthusiasts from around the world come together to celebrate the history and future of all things motorcycle.

It was a nice surprise to run into old friends from Santa Barbara, Doug and Marian McKenzie. It was a BIG surprise to learn that they had re-acquired the extremely rare 1913 Flying Merkel Twin, top, they had sold a few years back. It went on to win the event’s Crown Jewel, Best of Show Award. 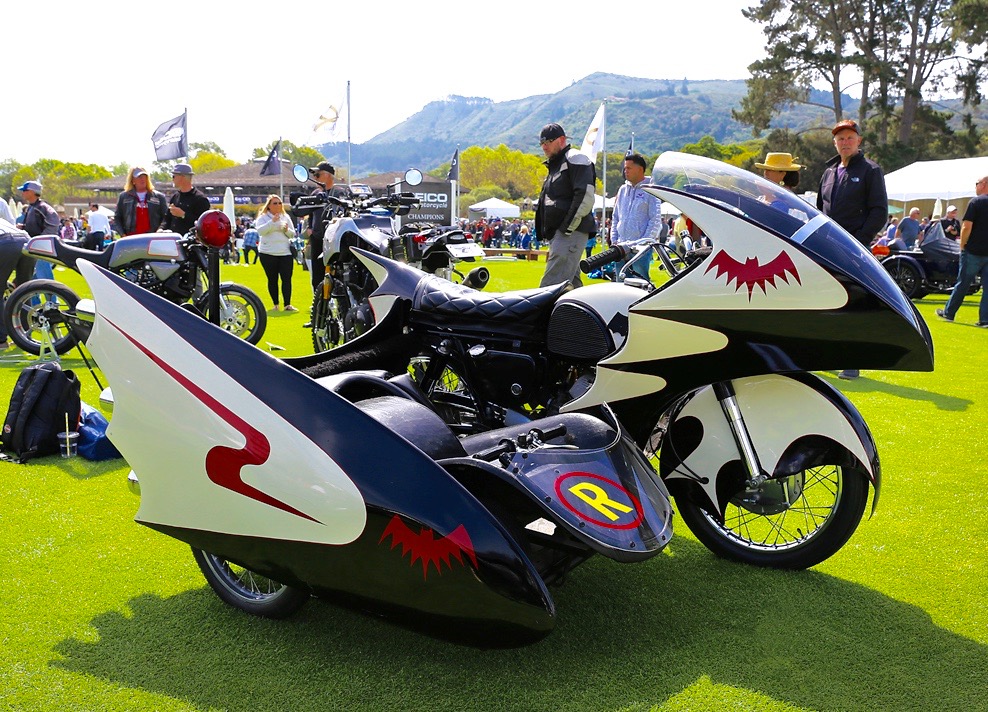 It’s a 1966 Yamaha YDS-3 customized by Kory Kustom Studios. But to Batman and Robin it’s the Batcycle – one of the flashy, POWerful ways they ZIP to the scene to ZAP crime! You can check out the Batcycle at the Petersen Automotive Museum in LA. 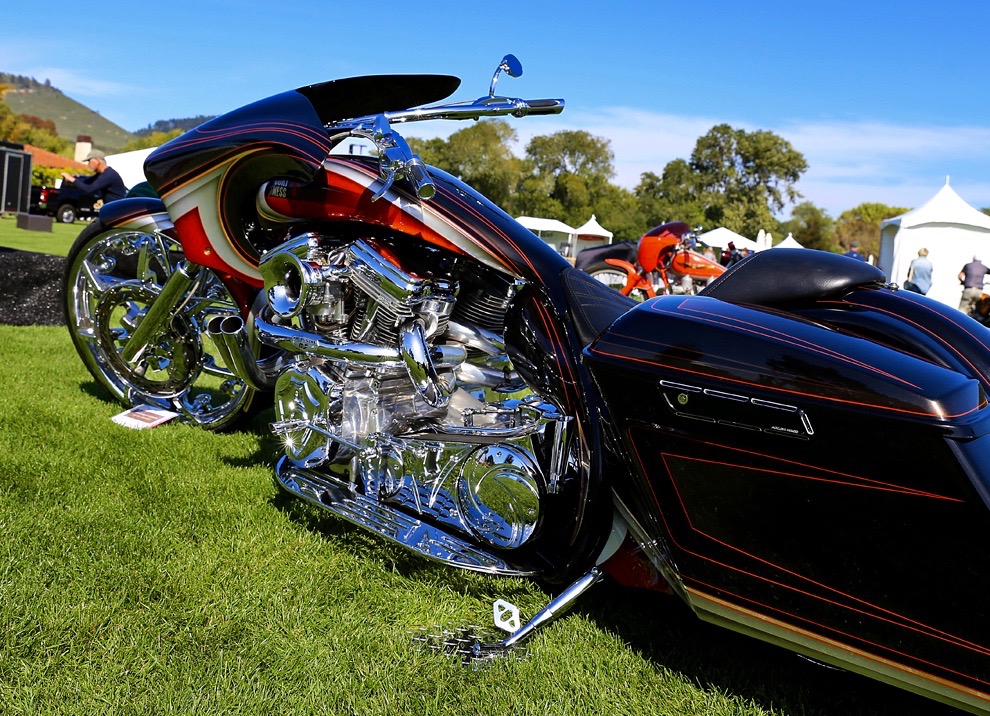 This is the first of two bikes from the Arlen Ness Collection that I want to share with readers. It’s Cory Ness’ Double Engine Bagger – a powerful taffy-pull of eye candy fabrication perfection. 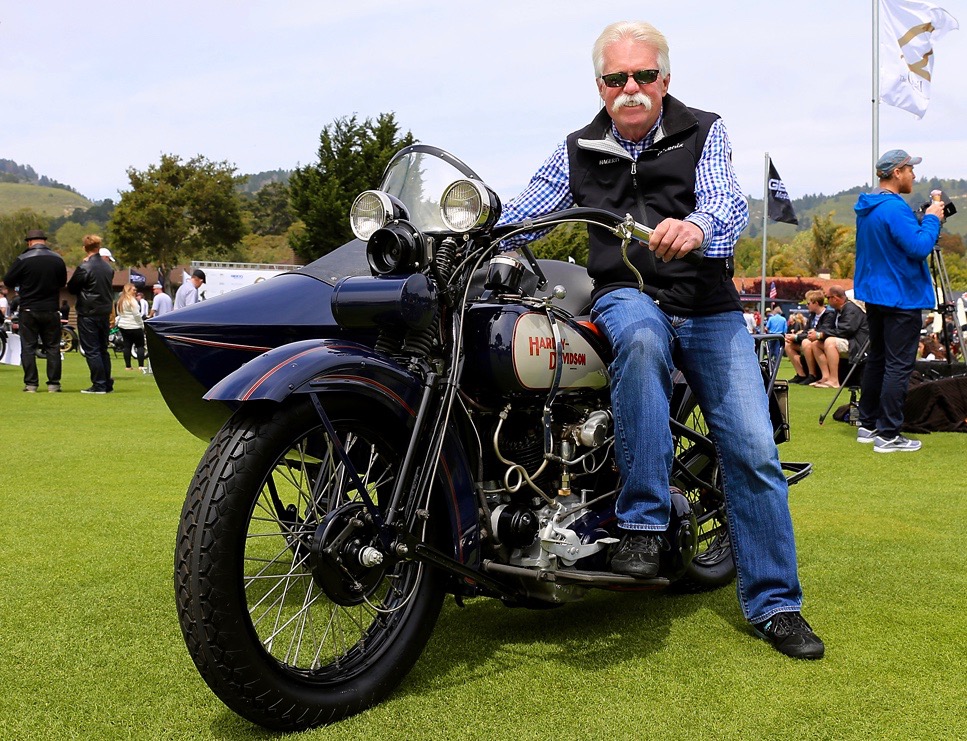 When he’s not chasing classic cars, TV & collector car personality Wayne Carini is chasing classic motorcycles. I had the opportunity to talk to Wayne about his passion for motorcycles and also check out his latest acquisition – this showroom condition 1930 Harley-Davidson VL with sidecar. 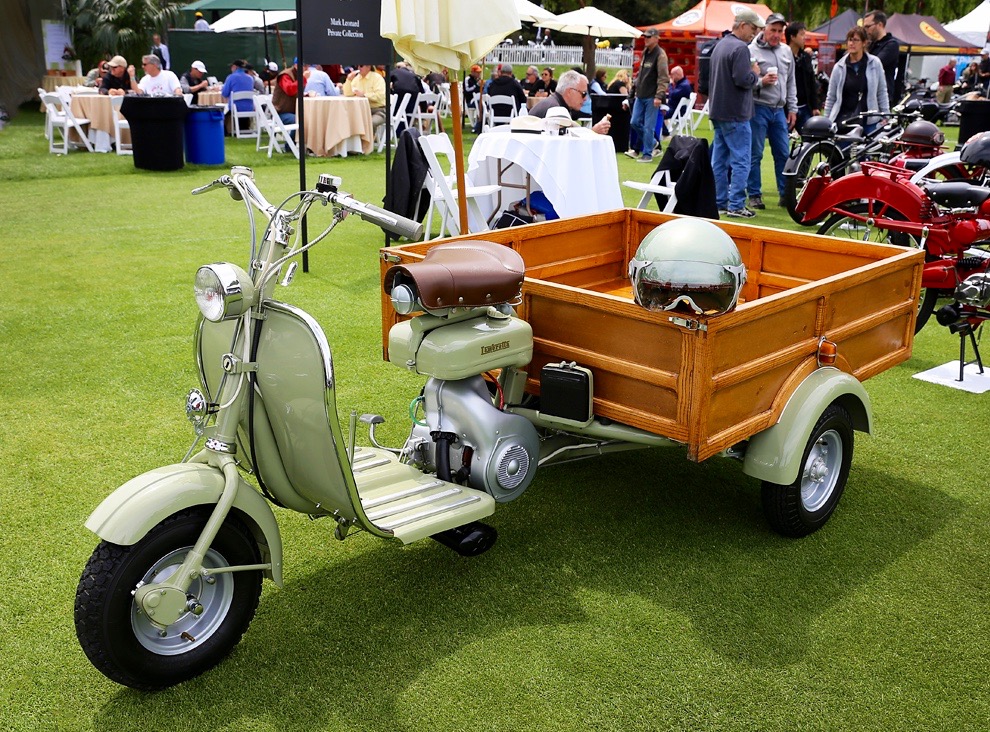 Attaching a functional component to a motorized vehicles is nothing new. Mark Leonard no doubt trailered his fabulous 1954 Lambretta FD 125 to the show. This cargo hauler has a top speed of 30 mph. 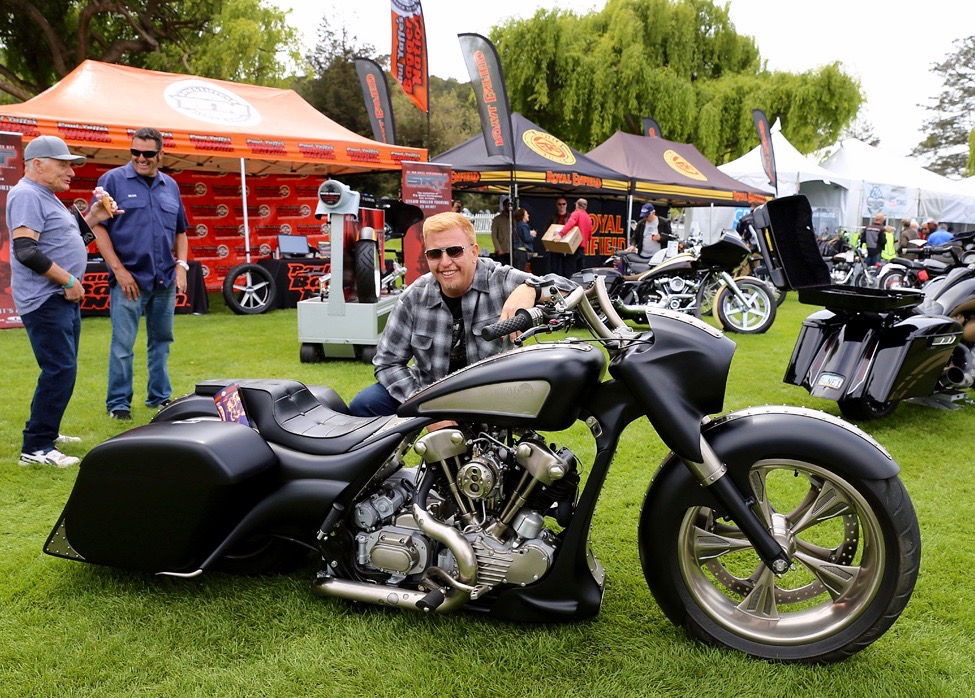 Paul Yaffe gets the “Cart” thing as well. Since co-starring in many of the early years of Biker Build-Off TV shows he now directs his energies and focus to his Bagger Nation company. This is his Rubber Knucky – the world’s only rubber isolated, Knuckle Head powered SRT Road King. 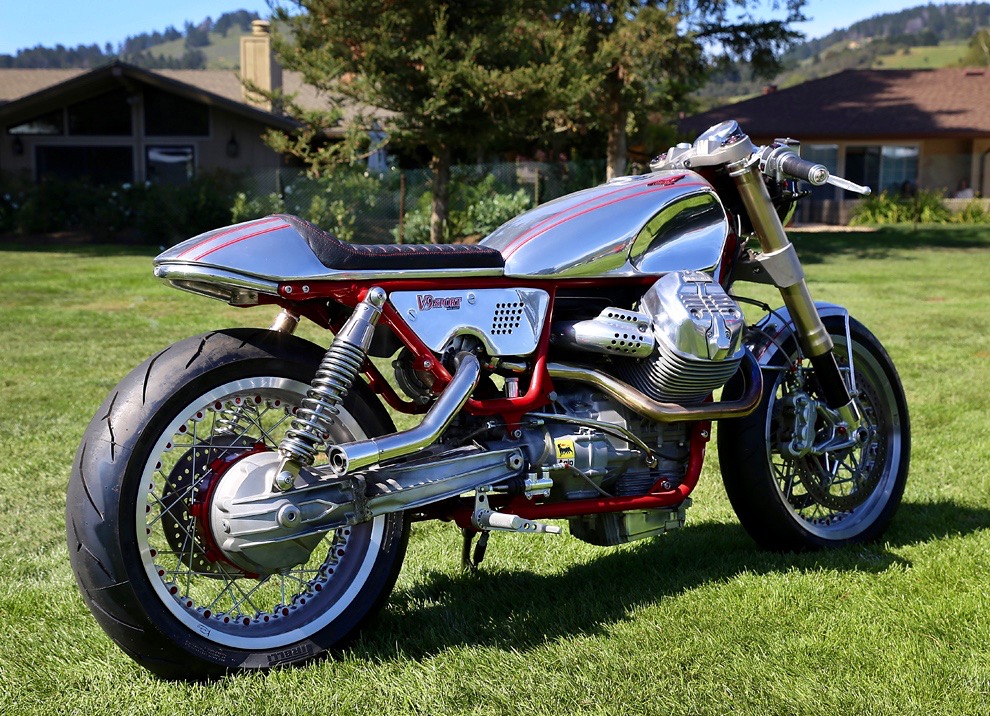 You can always count on finding “Gutsy Guzzis” at the Quail. This shiny, factory-commissioned custom Moto Guzzi V9 Turbo, built by Craig Rodsmith, was one of the four eye-catching V9 Build Series bikes at the show. It’s a two-wheeled piece of art. 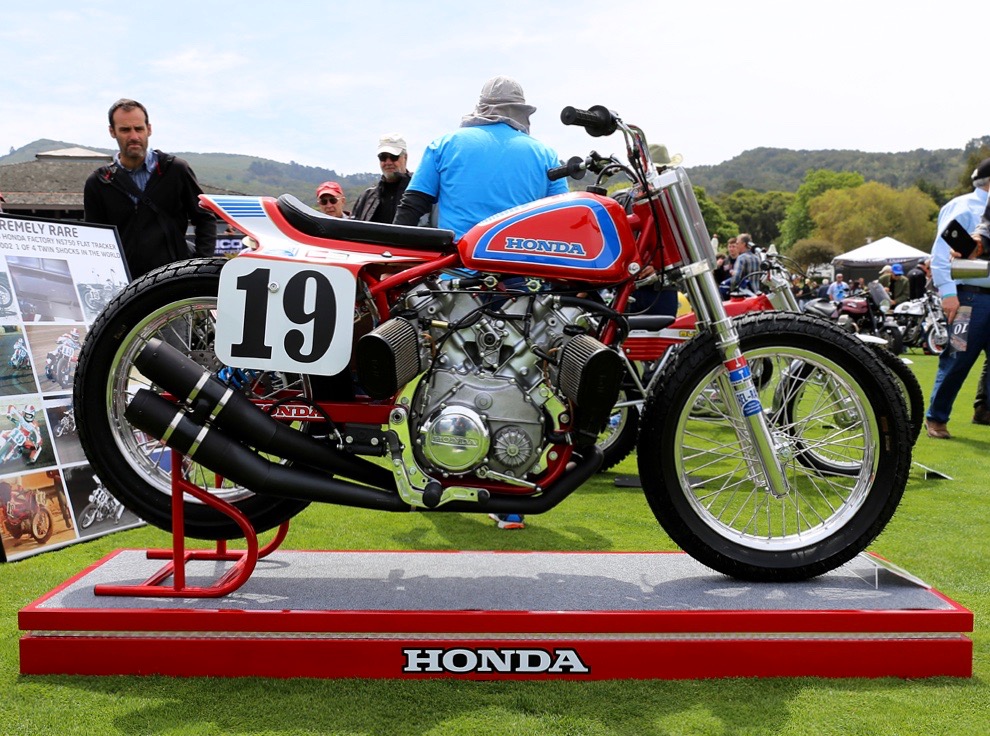 If you’re into Flat Track racing you no doubt know the name Freddie Spencer. This is his extremely rare Honda Factory 1981 NS750 Twin Shock Flat Tracker. There are only four in the world. What a treat to get up-close to this historic machine! 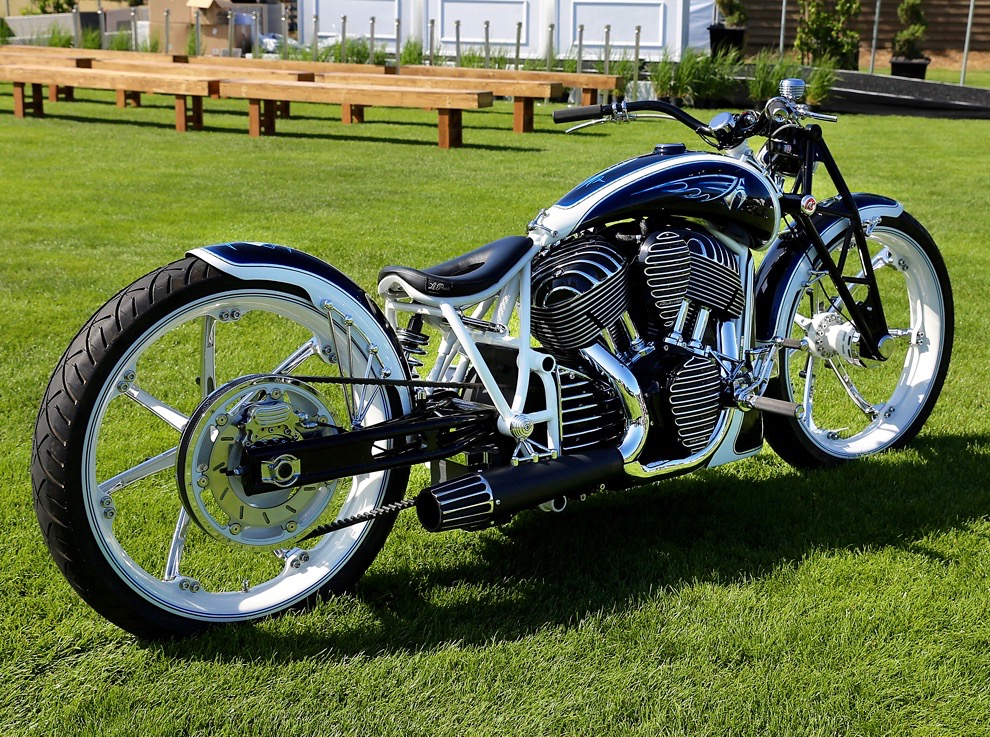 There’s something special about black and white – whether it’s a classic vintage photo or this long and low, Girder front-end classic motorcycle by Corey Ness.  This is the Single-Sided Indian Digger, from the Arlen Ness Collection. 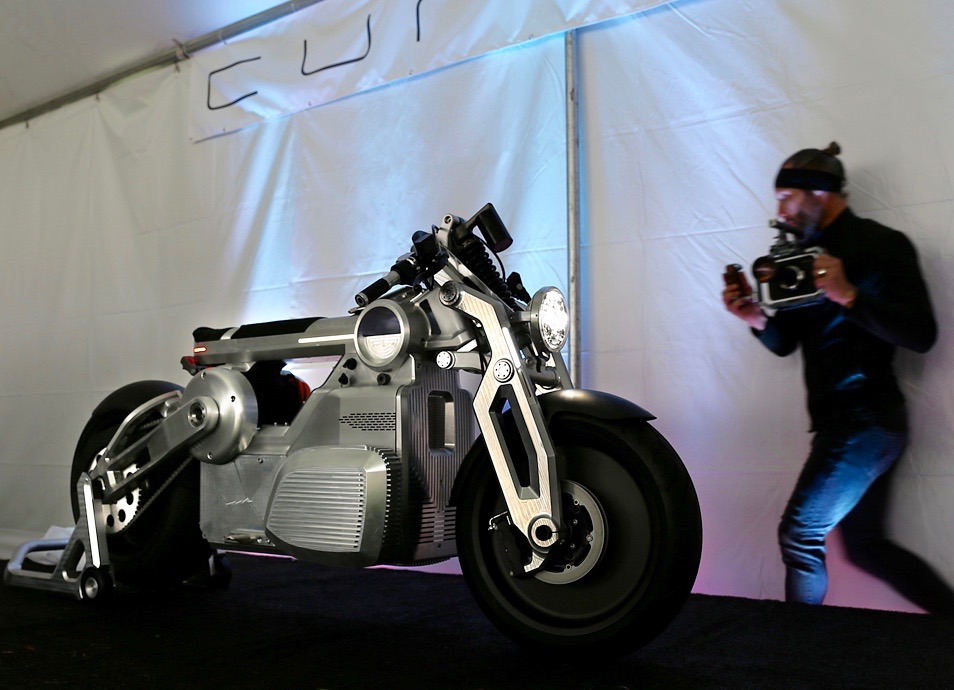 I’m leaving you with an image of where things started for me on Saturday – at the Curtis Motorcycle tent and the eagerly anticipated unveiling of their Hercules Electric Motorcycle. Curtis CEO Matt Chambers’ revival tent-style speech suggested that Curtiss will boldly and fully embrace “Electric” as the Curtis motorcycles of the future. Will riders flip the switch? Let us know your thoughts. 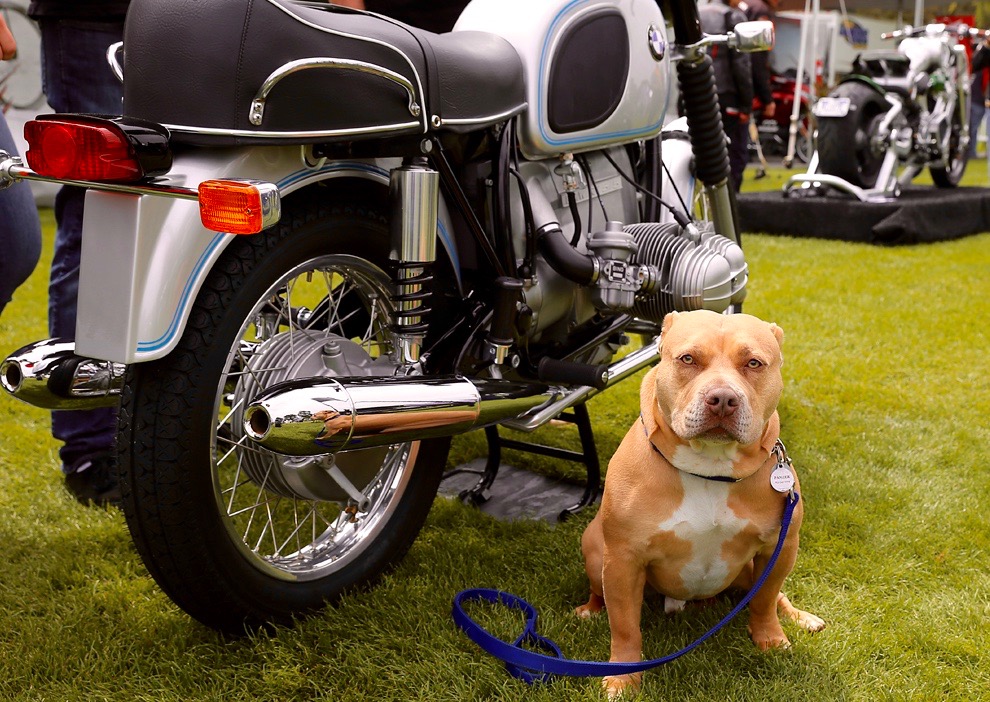 One for the Road: “I got my eyes on you, Photo Man, and there’s nobody holding my leash. So whataya-gonna-do Boy?”

The Quail Motorcycle Gathering is a Peninsula Signature Event that supports these charities, http://signatureevents.peninsula.com/en/Charities.html