‘With Eight Pipes, What Noble Music It Makes’ headlined Ford’s midyear advertising campaign, spotlighting the new ’63 ½ Sport Roof (fastback) 427/425 Galaxie. We look back at the events surrounding Ford’s unleashing of its Total Performance program in 1963, while tech-savvy automotive scribe Don Sherman focuses his attention on a 609 horsepower TRIBUTE: ’63 ½ FORD 427 GALAXIE! 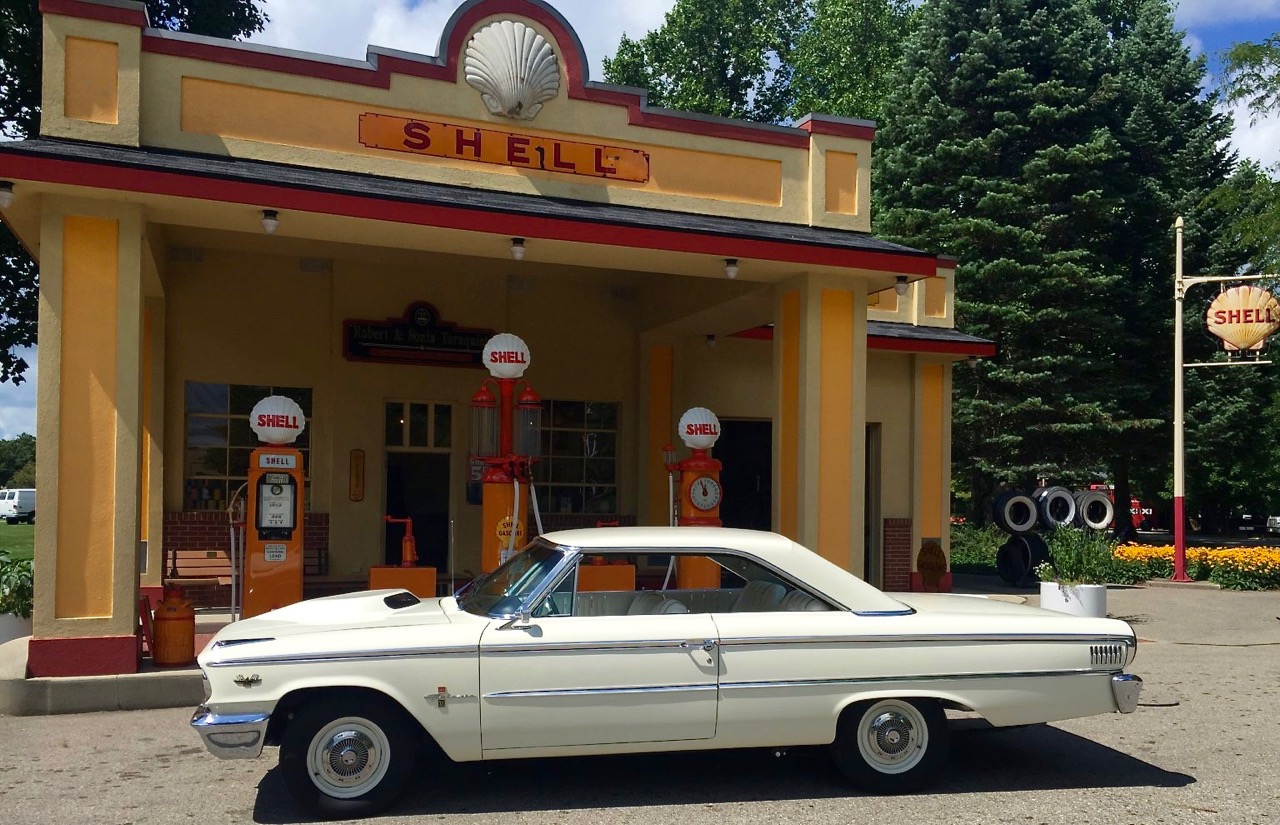 In January 1963, Ford unleashed a bevy of high-performance vehicles, timed with its participation in the 1963 Monte Carlo Rally. Traditionally, Ford’s new car ride & drive Press introductions were held either at the automaker’s Dearborn Proving Ground, or select racetracks like Riverside Raceway. Not so for the 1963 ½ introduction of the Falcon 260 Sprint, optional 289/271 engine for the mid-size Fairlane, and the game-changing fastback Galaxie with choice of single four-barrel or dual four-barrel and solid lifter or hydraulic lifter 427 big-block power. They replaced previous optional four-barrel and tri-power 406 engines.

Dubbed the birth of Total Performance, Ford’s latest and greatest Hi-Po cars were shown to the Press on January 2 to 5, 1963 in Monaco during the Ford International Press Road Rallye. Instead of driving cars like the 427/425 Galaxie in Dearborn, MI or hot laps around Riverside, I got to take a pre- production car that would generate NASCAR record-setters, NHRA/AHRA quarter-mile winners and street racers, on the Monte Carlo Rally routes in the Maritime Alps! 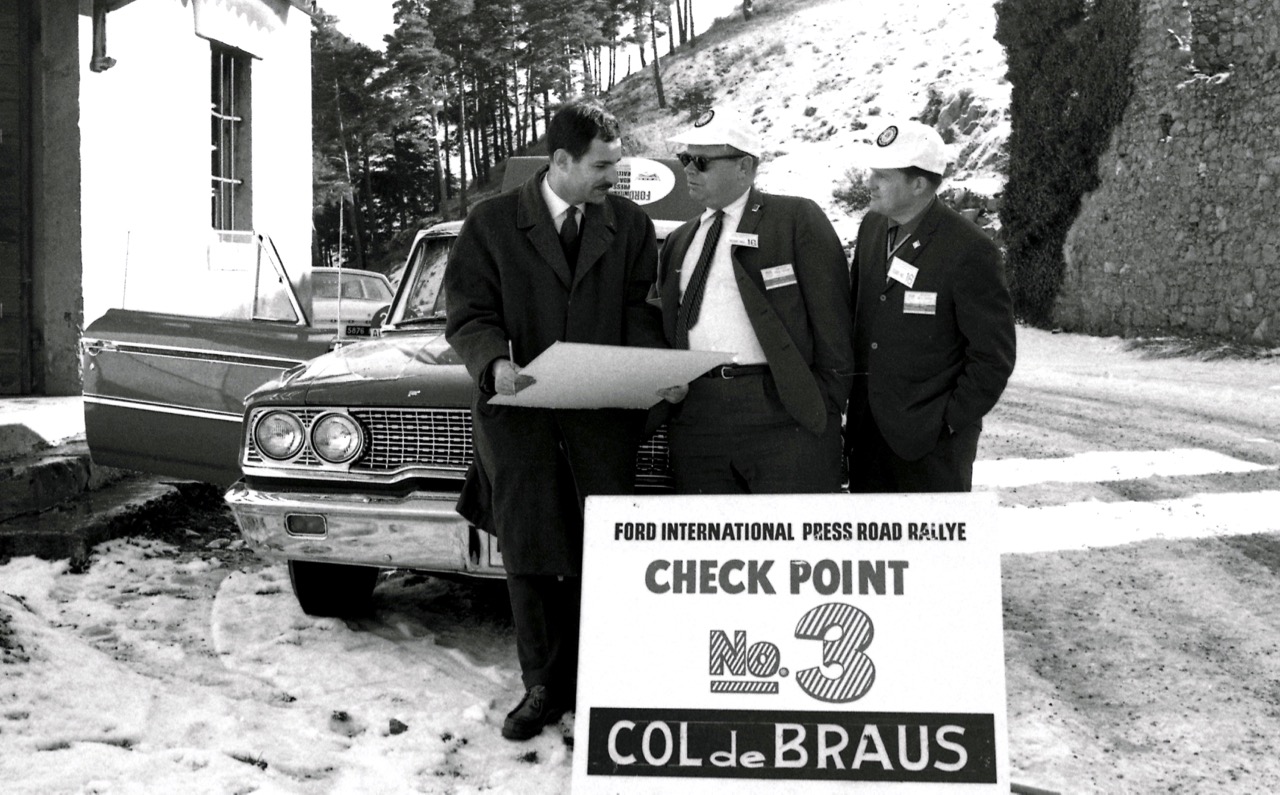 With drum brakes, a 119-inch wheelbase and around 3,700 pounds bulk, that was not the ideal location to sample the 427 Galaxie’s impressive performance attributes. But it was fun and I still have my Team 21 name badge (representing CARS Magazine) and memorabilia, preserving memories of driving 427 Galaxies and 260 Falcon Sprints and challenging twisty Alps roads with endless switchbacks and sheer, unprotected drop-offs! 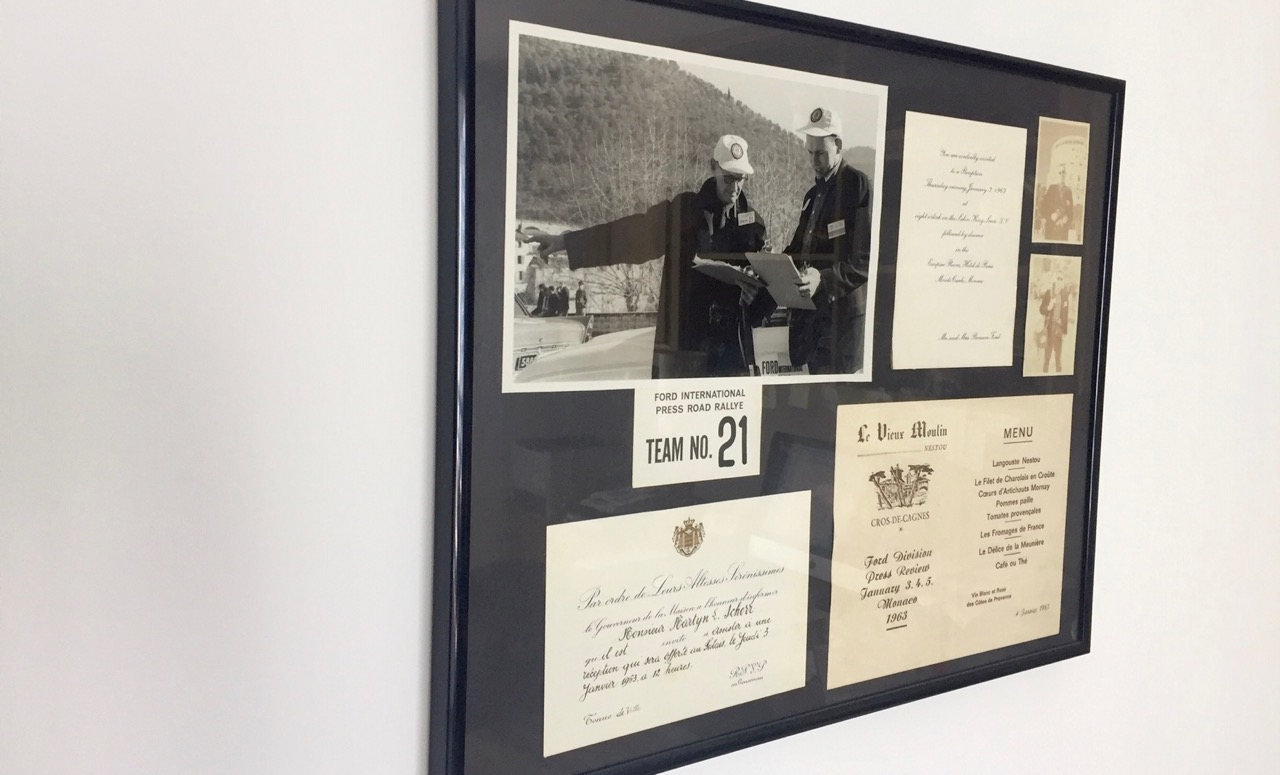 The following month, specially prepared ’63 ½ Galaxie fastbacks powered by singe-four-barrel 427s dominated the Daytona 500. Ford’s broke out of the AMA racing ban in 1962, committing to the support of the Indy 500, road rally competition and stock car racing. There was also a factory-backed lightweight 427 Galaxie drag racing program.

It was NASCAR’s premier event – Daytona 500 – that essentially launched Ford’s Total Performance program, with the Blue Oval taking an unprecedented first five places at Daytona, led by Tiny Lund driving the #21 Galaxie built by the Woods Brothers for Marvin Panch. Panch was injured in a previous sports car race at Daytona and Lund, who had rescued him from a burning car, got Panch’s seat.

Fred Lorenzen followed Lund in the #28 Galaxie prepared by Holman & Moody. The next three slots went to Ned Jarrett in the Burton Robinson Galaxie and Nelson Stacy and Dan Gurney in Holman & Moody cars. Fastback ’63 ½ Galaxies became THE cars to beat in NASCAR competition, with winning 23 events on NASCAR’s Grand National circuit in 1963. 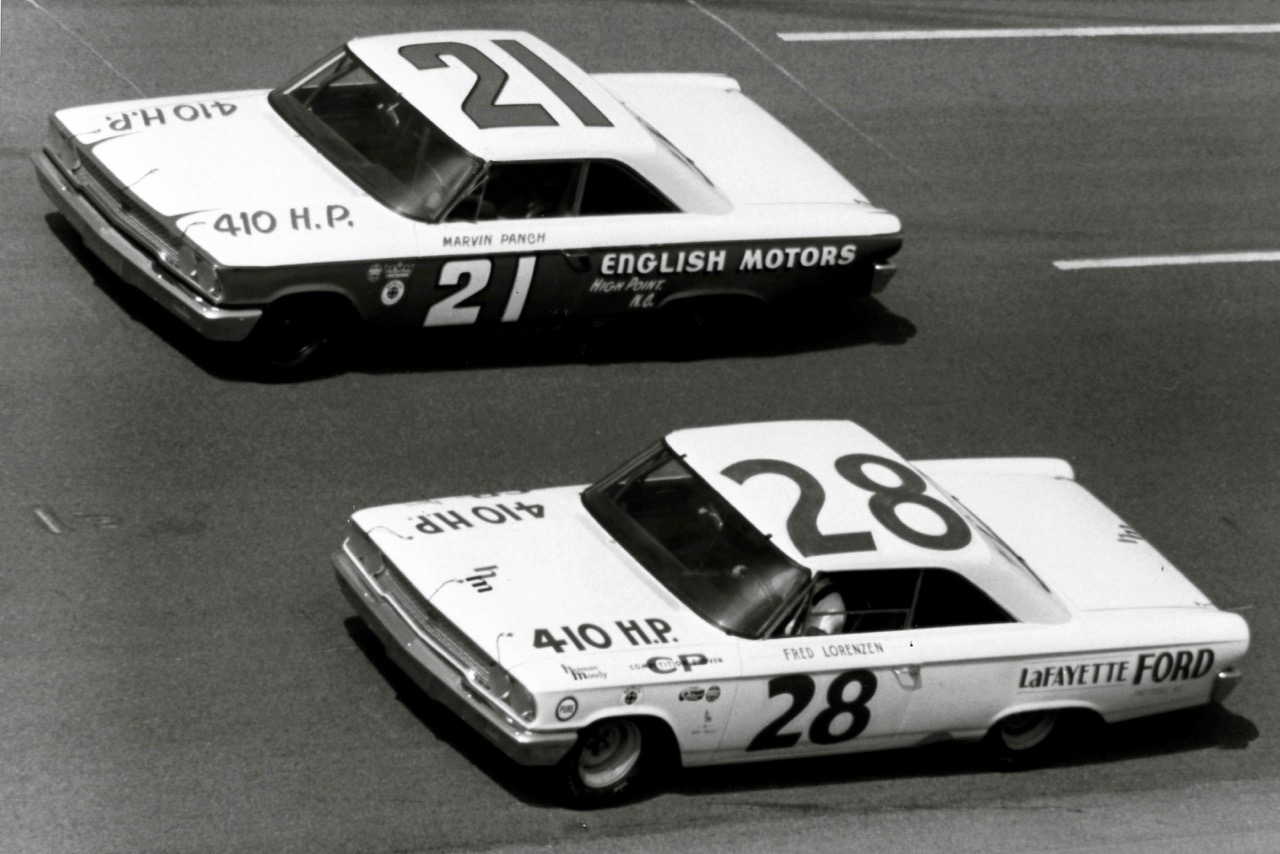 From the midyear introduction of the 1963 ½ models to the end of the calendar year, Ford built 3,857 R-Code 425 horsepower and 1,038 Q-Code 410 horsepower Galaxies. In spite of their sheer bulk they were highly desirable street performance cars. Like so many collectible high-performance cars, far more 427 Galaxies exist today than Ford originally built!

In period Tribute, as well as current, 427 conversions of ’63 1/2 Galaxies originally built with 390 big-block power, or even those that came down the line with small-blocks, were and still are very popular. Don Sherman, spins a tale of one such vehicle, TRIBUTE: ’63 ½ FORD 427 GALAXIE! now powered by a 609-horsepower 427 and re-trimmed with a ’64 Ford Thunderbolt-style teardrop fiberglass hood.

The 1960s were prime time for undeclared war: America versus Russia in space, and the Big Three carmakers on racetracks and the street. This is the era when the musclecars we cherish prowled the avenues searching for someone, anyone, to challenge. Back then, stupendous horsepower and acceleration were within reach of your average grocery-shelf stocker.

The fact that Ron Herring is too young to have experienced the dawn of the musclecar era didn’t hinder him from rolling his grandfather Odell Tidwell’s 1963 ½ Ford Galaxie 500XL out of the garage for its second life. In addition to their blood ties, these men are Ford Motor Company family. Tidwell, who died in 2015, worked at Wayne Assembly near Detroit for 53 years. Herring, 49, has for 29 years worked at the same plant. As a youth, Herring spent every spare moment in the back seat of grandpa’s Galaxie with his Hot Wheel toys.

He often tagged along to races at drag strips near Detroit. Tidwell bought this Ford in 1967 with no intention of driving it on the street. Instead, he boosted his firepower to 427 cubic inches and added three two-barrel carburetors. Flat-towing the Galaxie to local strips well into his eighties, Tidwell clocked 12.70-second ETs and 102-mph trap speeds on good days.