ROD and CUSTOM’s Pat Ganahl blogs about California drag racing pioneers and THE WAY IT WAS: DANGEROUS DRAGSTERS! 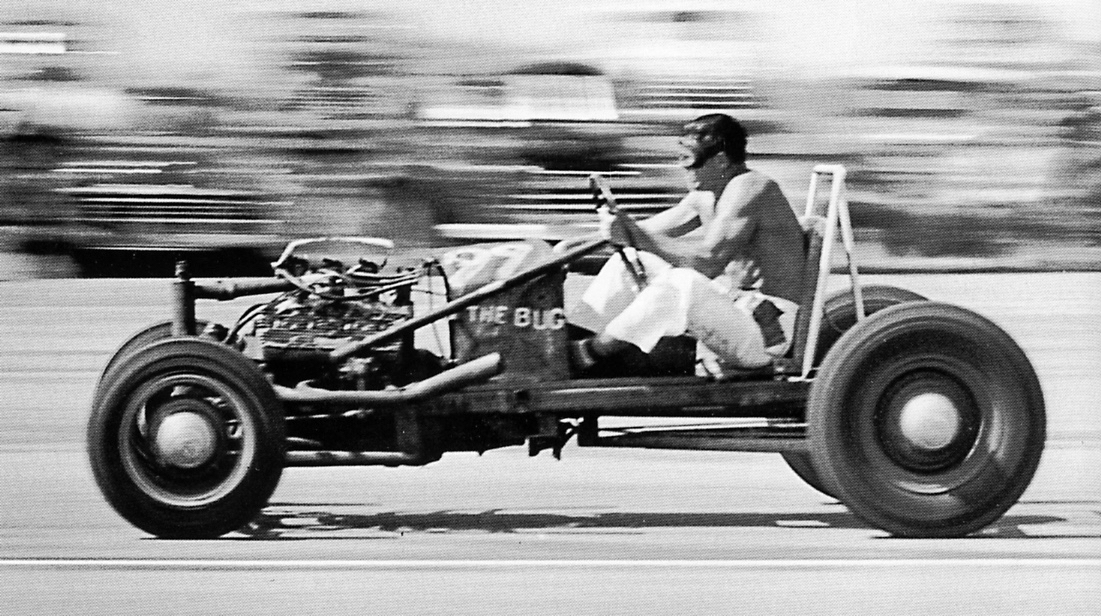 Yes, I will admit to having a bit of corncob embedded in a certain portion of my anatomy. Why? I won’t go too deeply into it here. But most of you know that I was an avid and active supporter of Nostalgia Drag Racing from its beginning, participating with a Hemi-powered A/Altered and then a Top Fuel dragster, neither of which I had any desire to drive myself.

After a couple of very successful seasons with the dragster, I traded it straight across for what had been the Ike Iacono GMC 6-powered rail, figuring (a) this was a significant piece of drag racing history – certainly the most famous inliner – that needed to be restored and preserved, and (b) it would go slow enough and certainly be safe enough for me to drive myself. So I spent a considerable amount of time meticulously and accurately restoring this car to the way it appeared on the cover and in an unprecedented five-page photo feature, titled “Mark of a Craftsman,” in the January, 1959 issue of Hot Rod . I even added further to some noted safety features.

The problem? I should have gotten it done much sooner. And Ike was about 5’2″ while I am 6’8″.  I was very lucky to alter a couple of minor things just so I could get in the car and operate it. But there was no way I was going to fit under the well-built roll cage hidden under the hand-formed aluminum tail. So I have been rudely thrown out of “Vintage” drag meets at three tracks, and denied entry to a couple others. This includes the once-revered Antique Nationals as well as the 25th Anniversary NHRA California Hot Rod Reunion.

Continue reading THE WAY IT WAS: DANGEROUS DRAGSTERS @ https://patganahl.com/2020/11/30/thoroughly-dangerous-dragsters/