Skip to content
Some of the world’s finest examples of automotive design and engineering were staged at this year’s Motorsports Gathering at the Quail Lodge and Golf Club. 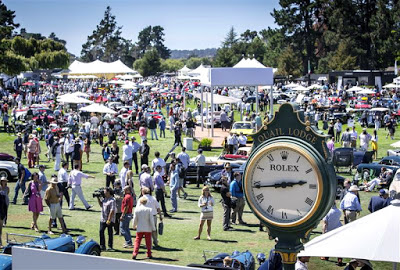 “Among the many facets of the Monterey Classic Car Week, The Quail is the most exclusive taking as it does, the form of a very grand private garden party,” comments Rolex Watch USA President and CEO, Stewart Wicht. “As well as fine food, guests have the chance to view at leisure some of the finest examples of classic race and road cars whose values again, echo those of the Rolex brand.”

Some of the finest examples of the world’s most sought-after cars add spectacular context to this unique garden party. From Aston Martin to Alfa Romeo, Bugatti to BMW, Chrysler to Cooper, and then Ferrari: no less than 56 examples of the legendary Italian supercar maker were on display. Also not to be missed, Jaguar to Jensen, Lamborghini to Lancia, Maserati to Morgan, and so on, not forgetting of course, the mighty Porsche. 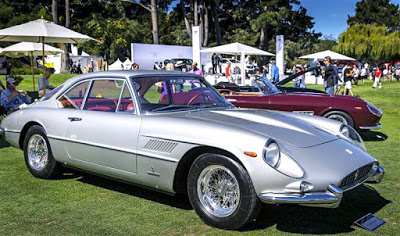 In the Rolex hospitality area at The Quail, former World Championship Formula 1 Grand Prix driver Jochen Maas shared his thoughts on the event: “It has developed over the past ten years to be the most important event of the week. The Pebble Beach Concours d’Elegance is great, but for sheer volume, The Quail is a special and unique setting”. Mass drove in 114 GPs, scoring a number of podiums and a victory before moving to saloons where his greatest victory was in the grueling 24 Hours of Spa in 1972, then onto sports cars.  In this category, Mass scored a victory in the 24 Hours of Le Mans 1989. Rolex is closely associated with the legendary French endurance race as Official Timekeeper since 2001. “The Quail has great exclusivity and the price of entry reflects this, it has a unique style and the organizers are sticklers for quality.” 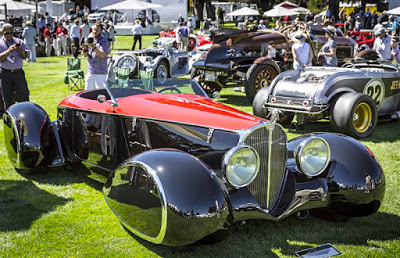 Among the many unusual exhibits at The Quail this year was a unique, aerodynamic recent construction called by its maker, Terry Cook, an Auburn-Bugatti Delahaye Boattail Speedster. This artistic head-turning creation, was completed only six months ago.

Also attracting keen attention at The Quail was an original Ford GT40 racecar that competed in 1966 at both the 24 Hours of Le Mans and won the Rolex 24 At Daytona. A 1956 Maserati 200SI Spyder – one of only two left out of an original batch of four, was raced by Sir Stirling Moss in the same year.

Also a big draw of The Quail each year is the presentation of the Rolex Circle of Champions “Best of Show” Award. This is judged by a panel of entrants from around the world in an all-day process that takes into account all aspects of each car displayed: style, presentation, engineering and artistic impact. This year’s winner is a beautiful ‘68 Alfa Romeo Tipo 33 Stradale, and Lance Butler of Mouse Motors of Chicago accepted the Award.