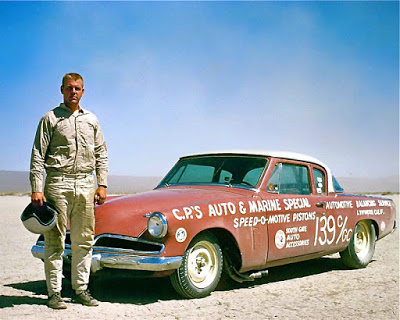 I’d rather be Blown Than Injected, so reads Bruce Geisler’s t-shirt. It’s the early 1960s, we’re in the pits at Bonneville wrenching our Studebakers. It’s over 100 degrees at an altitude of 4,219 feet, no wonder my Moon air density meter is only reading 81%. Despite the low ambient air density, my Hilborn-injected, Isky-cammed, Small Block Chevy has pushed my ’53 Stude to 189 mph and the C-Gas trophy. But, there’ll be no 200 MPH Club membership for me. I had enough power on the Champion Dyno down in Long Beach, where the air density was 98%, but not here on the salt.

In the days before O2 sensors, we read the spark plugs to determine the proper air/fuel mixture. Unfortunately, to get the plugs to read like Art Chrisman taught me, I had to give away a load of my sea level power. My jetting was perfect back in Long Beach. But off the trailer at Bonneville, my Chevy was blubbery rich. Where I wanted a light grey band around the base of the porcelain, a color I named 12 to 1, I had black. 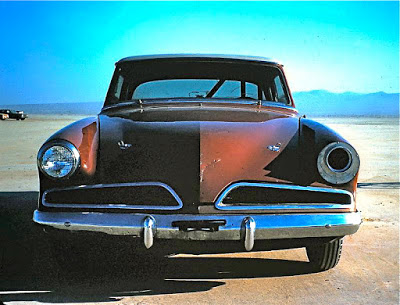 Not enough air density at this altitude! I had to back down my fuel flow almost 20% to get the plugs right! I had just verified that the ambient air density at Bonneville, sucks!

Then it really hit me, all eight butterflies were standing on end. I was at wide-open throttle, there wasn’t any more. So, if I’m ever going to go really fast on the salt, I gotta figure out this air density thing. That’s what blowers do, right? 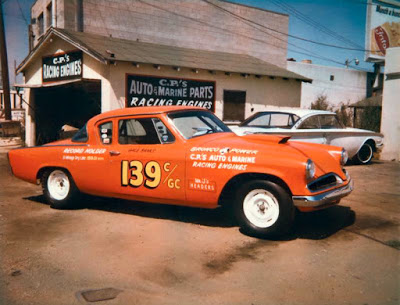 No way I’m giving Bruce Geisler credit, but his t-shirt pointed me to a lifelong career in forced induction. Today I actually need a t-shirt that reads, I’d rather be blown AND injected! That’s where my head is at.

Ok, maybe Geisler had a small influence. It starts with air pressure. If you depend solely on Mother Nature’s force to push the air into your engine, you’re a victim. If you “huff that thing” with a supercharger or a turbo, you’re the master of the universe! That is if you do it right. 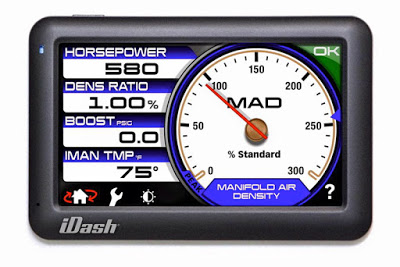 Here’s what I’m leading up to with this history lesson, a completely new way of measuring the potential of the air you are supplying into your intake manifold. Yes it reads boost, no that’s not the bottom line…it’s just the force. Air density, in the intake manifold is what’s being forced. That’s the bottomline and it can vary greatly at the same boost.

Check out the latest
high-performance upgrades from Gale Banks, http://bankspower.com/