Skip to content
Mike Matune goes trackside at VIR to bring us highlights of the Gold Cup historic races. 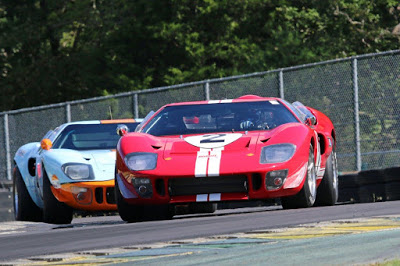 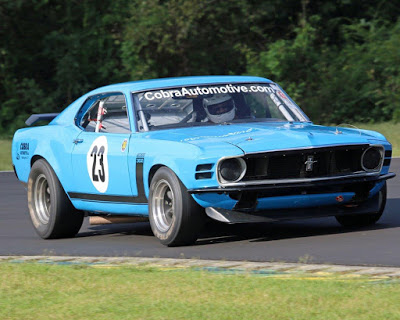 The SVRA wrapped up part of its season at the Heacock Class “Gold Cup historic races at VIRginia International Raceway. Optimum weather and VIR’s lush surroundings welcomed a bevy of seasoned racers. Spectators were treated to the sights and sounds of some great big-bore historic racecars.  Olthoff Racing (www.olthoffracing.com) of NC showed up with three Superformance GT40s, top, including those of Harry McPherson (#2) and Jeff McKee.

Curt Vogt brought his ‘70 Mustang, above. While it is a genuine Boss 302, it has no race history and is prepared to the current vintage rulebook as opposed to period standards. The engine puts out close to 600 horsepower and Vogt used every one of them as he manhandled the beast around VIR, frequently testing the limits of the track’s “friction circle”. 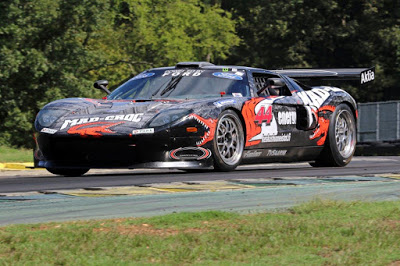 Michael Lange’s Ford GT was built by Matech in Switzerland for GT3 competition in Europe. It served as an interesting contrast to the 1960s era technology of the Superformance cars. The car has approximately 500 horsepower from a Ford DOHC V8 backed by a Hewland sequential gearbox. Extensive use of carbon fiber keeps overall weight to about 2,300 pounds, allowing “adequate” performance. A surprising feature of the car is air conditioning! 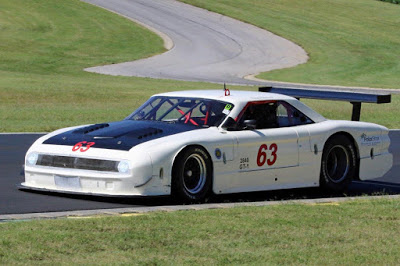 Tommy Riggins originally built this Falcon for the updated Trans-Am series. It never turned a wheel there and ended up competing in SCCA GT1.  It features a fiberglass silhouette body favoring the 1963 Falcon (if you squint) on a modern tubular frame with tubular A-arms up front and a Ford nine-inch rear end suspended with a three-link system. Power comes from a 358-inch Rousch-Yates Ford V-8. Doug Richmond bought the car and freshened it for the vintage racing wars. VIR was its second outing under his ownership. 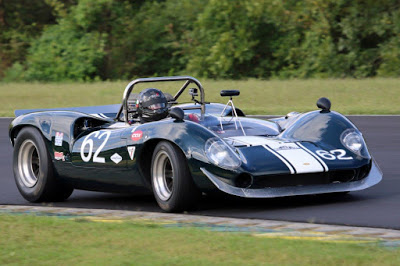 It is hard to fault the lines on the Lola T70, Eric Broadley’s early attempt at a Group 7 racecar. Tom Shelton’s example was originally sold by the late Carl Haas, Lola’s U.S. importer to a privateer. It was campaigned in the USRRC and Can-Am with very modest success. As an early Mark I model, it had a narrow body updated to its present wide-body to accommodate hefty racing rubber during its extensive restoration. 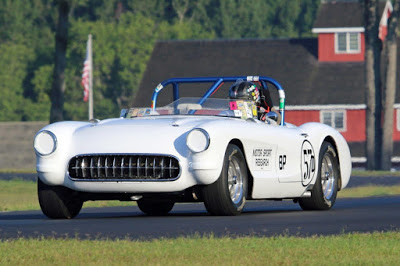 Dave Robert’s ‘56 Corvette could was converted into a racecar by Chicago area Motor Sport Research in the early 1960s. It would live a life over time involving multiple owners and drivers, each attaining some level of success. When technology eventually caught up with it, it became a vintage racer and continued its winning ways. Roberts has recently returned the car to its original configuration to best celebrate its historic significance. 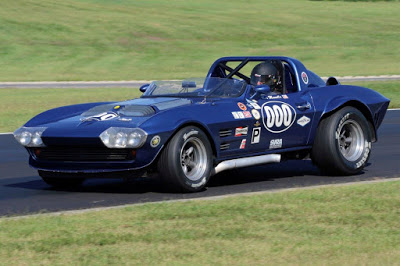 Ken Mennella is a long time vintage competitor in his “tribute” ‘63 Corvette Grand Sport roadster. Equipped with a 600 horsepower, 400-inch Chevy small-block and TexRacing Super T-10 transmission, the car has been wining in SVRA Groups 5 & 10 for more than ten years.  His car is a faithful reproduction of what was envisioned as an American car to beat Shelby’s Cobra and the fastest European racing cars. Its promise was short lived when GM enforced its anti-racing position. 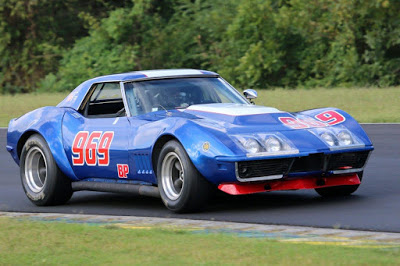 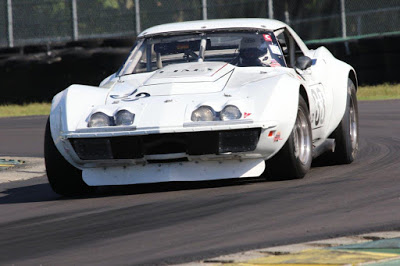 Bob Lima’s big-block powered Corvette was formerly raced by Dick Kantrud. Like Gee’s car, it features styling cues from the famed Corvette endurance racers of the late-1960s,-early 1970s. Power comes from a big block Chevy with Edelbrock aluminum heads and a plethora of racing hardware. The raised headlights with clear covers reduced weight and complexity by eliminating the retracting mechanism. They also allowed improved airflow. 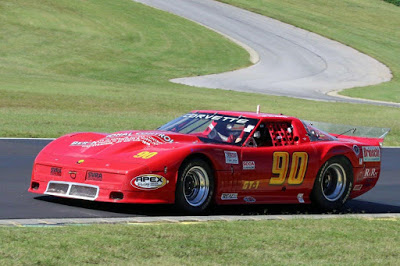 Corvette racecars come in all forms from nearly showroom stock to purpose-built racers like Jeff Bernatovich’s entry. Originally built by Irv Hoerr, it combines a tube frame and look-alike fiberglass body panels, sharing precious little with its production counterparts. Some racers like this approach because instead of removing extraneous street components and beefing up cars that were never intended to withstand racetrack punishment, they are starting with a clean slate and incorporating only that what they need for speed and safety.

Special thanks to Amber Noya at VIR for her support.