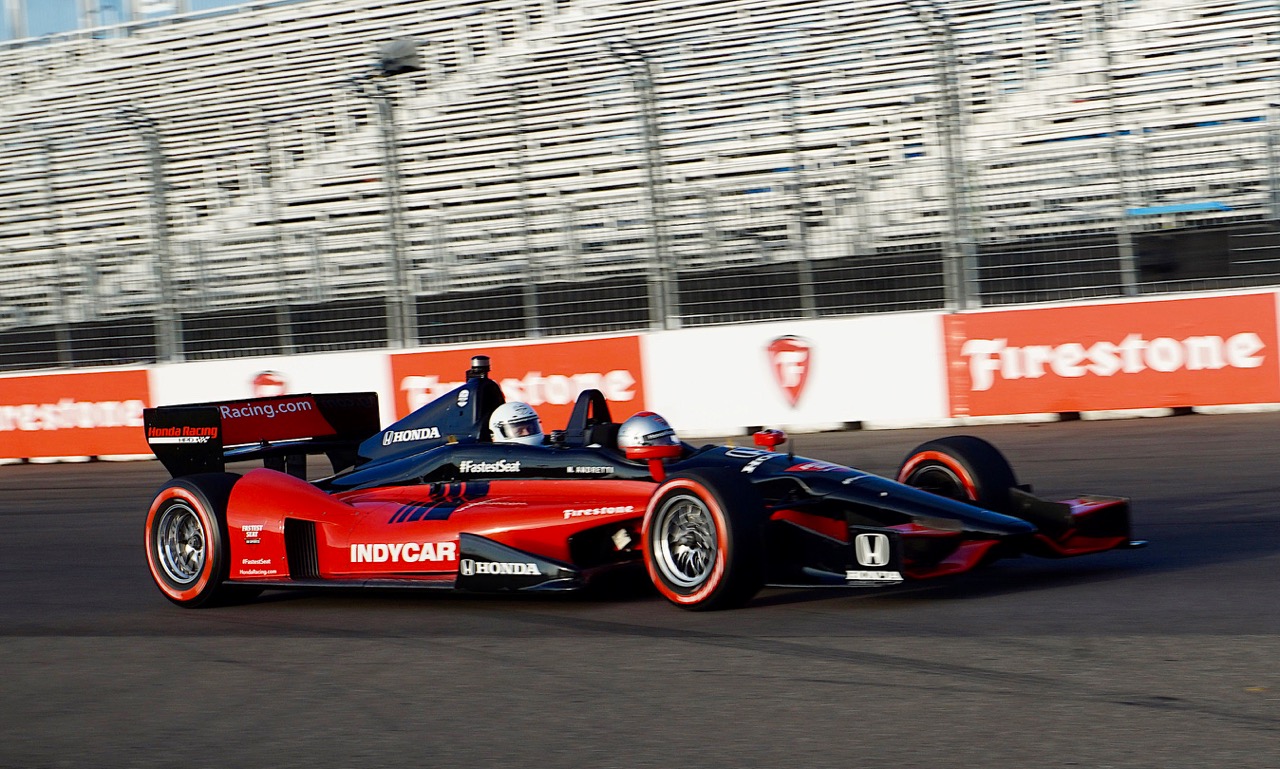 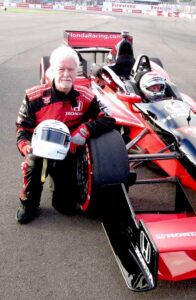 Breathe. Suck in one last gulp of H20 before all hell breaks loose. Breathe, to try and calm the jack-hammer that’s currently doing a full heart-pounding tap-dance in my chest. Right now I’m strapped – a little too snuggly I must say – in the back seat of a screamin’ 650-horsepower IndyCar racecar. In front of me, and my chauffeur for the next three minutes of mayhem, is an 80-year-old Italian called Mario. Yep, that one.

The most-winningest driver in American history, Mario Gabriele Andretti, wants to show me what a lap of Florida’s St. Petersburg Grand Prix street track is like. At 165 mph! Signore Andretti does part-time, Uber-style driving for a company called IndyCar Experience. His track weapon is an insanely fast, two-seat, tandem version of the single-seat IndyCar racers that competed in this year’s Firestone Grand Prix of St. Petersburg. The idea here is to give race sponsors, VIP guests, media and celebs a taste of what riding in a proper IndyCar is like. Did I mention Lady Gaga sat in this very seat for a Mario ride in 2016?

I’ve already been fitted for my sanitized helmet, sanitized race suit, and sanitized race gloves. And as I wait in the 90-degree Sunday morning heat for Mario to sweep into the pits, I’m sweating like a Thanksgiving Butterball in the oven. Add sweat to the palpitations, deep breathing and tingly fingers. 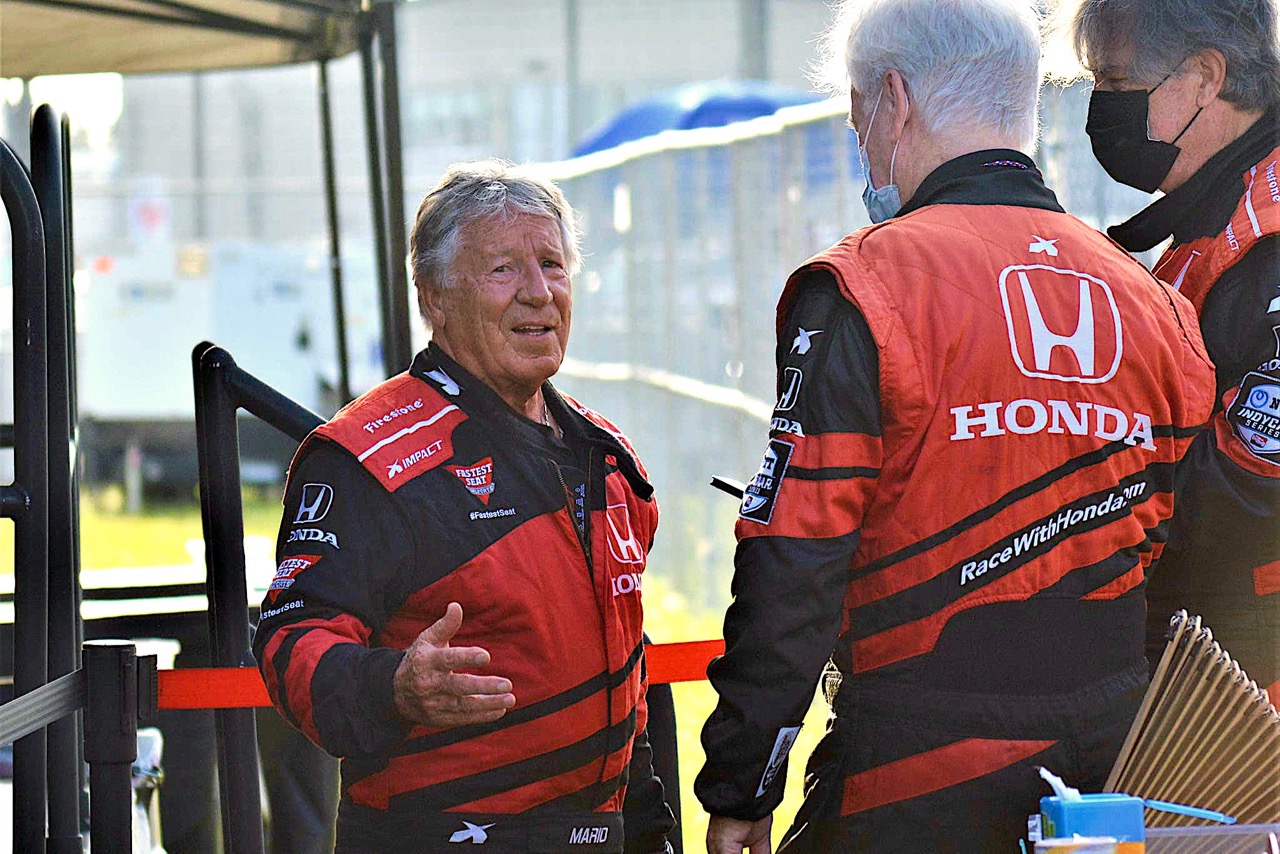 Then suddenly here he is, sweeping into the pit area. Mechanics descend on the car, checking tire pressures, inspecting brakes, trading thumbs-up with Mario. I shimmy into the teeny rear cockpit, slide down legs splayed, fighting-off a slight wave of claustrophobia. As racing belts are cinched tight, my visor lowered, Mario up front gives a re-assuring wave. And we’re away.

The St. Pete track is a 1.8-mile, 14-turn tunnel-like maze lined by unyielding, unforgiving concrete barriers and towering chain-link. Its narrowest sections are a mere 26 feet wide. How 24 actual race cars cram in here is hard to comprehend. Many don’t. And crash. As the big 3.5-liter Honda V8 inches behind my helmet comes on strong, it instantly delivers the kind of insane acceleration Captain Kirk feels as the USS Enterprise goes into warp speed. Everything blurs, your body gets slammed back into the seat, your head goes light. Man, this feels fast.

Now we’re flat-out along the bumpy first straight before Mario hits the brakes hard. Then it’s through a crazy-tight, right-left, left-right series of turns on the narrowest part of the track. Whoa, that concrete barrier was close. And so was that one. But Mario is inch-perfect, laser-precise, dancing this stretched, long-wheelbase racer through these heart-stopping curves. 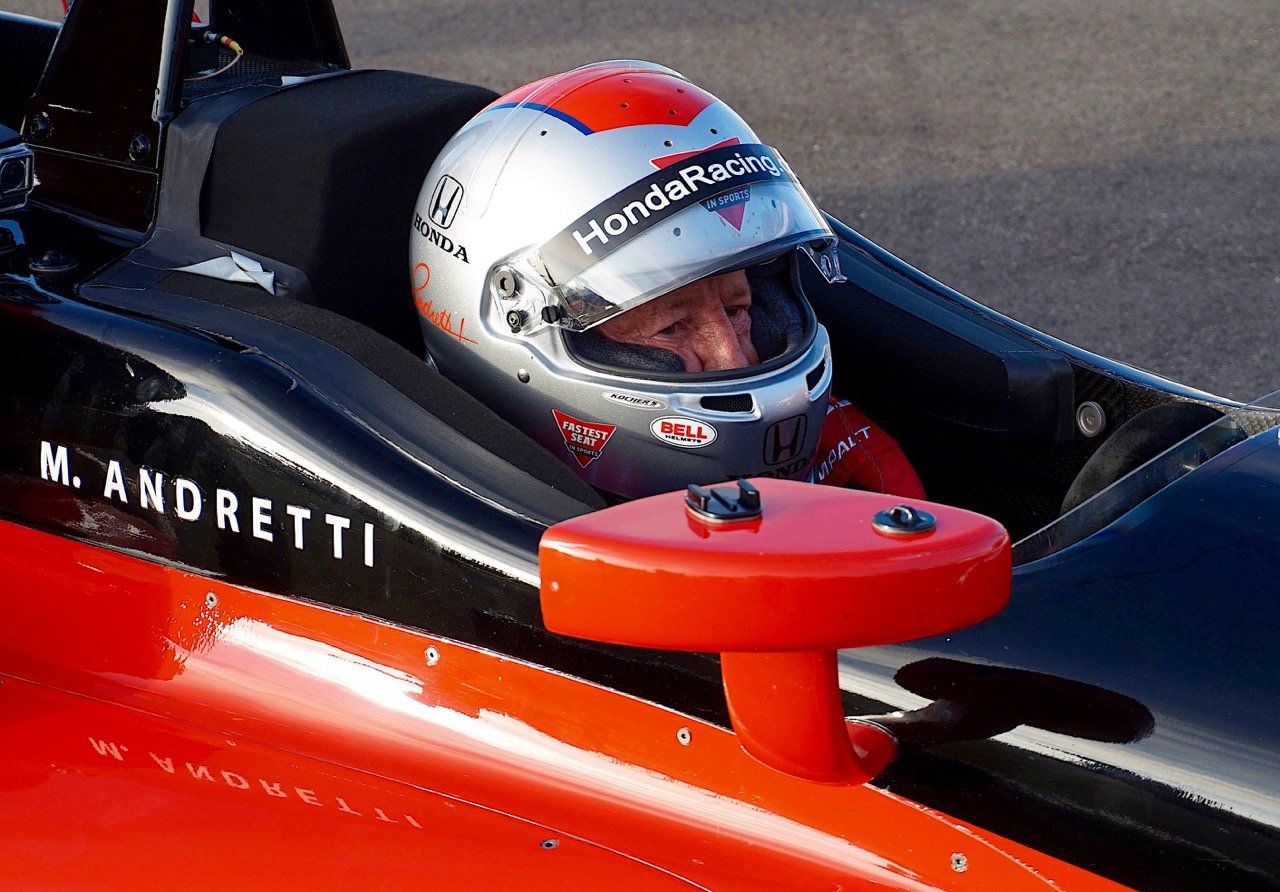 Now we’re rocketing along the waterfront, kinking left before doing a final, flat-out rush before the oh-so-tight 90-degree left-hander in front of St. Pete’s Dali Museum. The braking is nothing less than brutal. Hitting a brick wall head-on couldn’t be this immediate. And just as you’re gasping at the shock, Mario is powering through the turn, again missing the concrete by a hair’s width!

Now for the grand finale. G-forces soar in the sweeping hairpin before the car slingshots along the main runway of the city’s Alfred Whitted airport that forms part of the track. I was told beforehand that Mario hits 165 mph along here, and right now it feels like 265.Then it’s hard on the brakes to again show-off the car’s staggering deceleration, and we’re back in the pits. I’m a wreck! 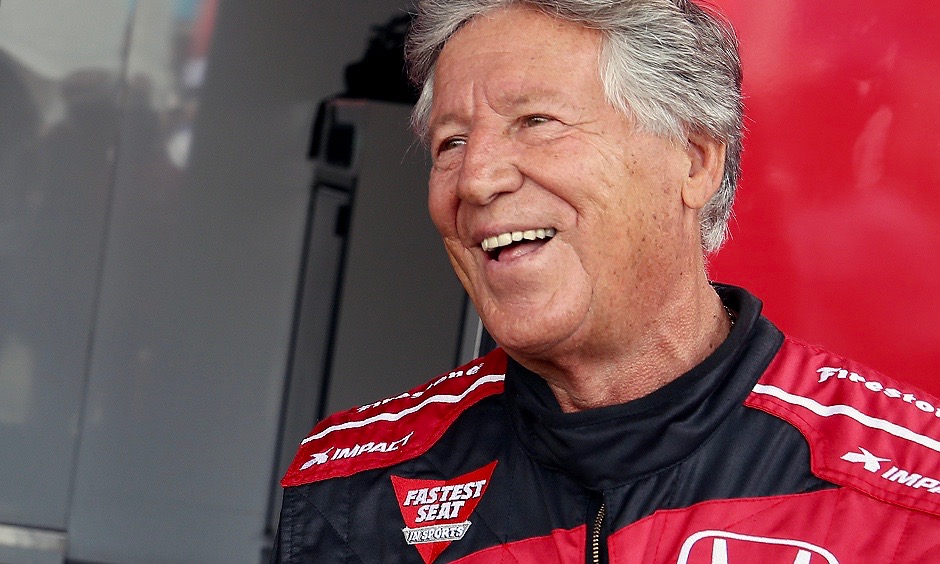 Mario eases out of the car, removes his helmet, runs a hand through that thick head of steely-gray hair, looking like he’s just driven back from the grocery story.Does the four-time IndyCar Champion, Formula 1 world champion, Indy 500 winner and Daytona 500 winner still get a kick out of giving thrill-rides?

“This is a wonderful way to showcase the sport. There’s no better way. For spectators, racing is very non-participant. Yet here we can give a proper 80-to-85 percent experience of what it’s like for the drivers.” 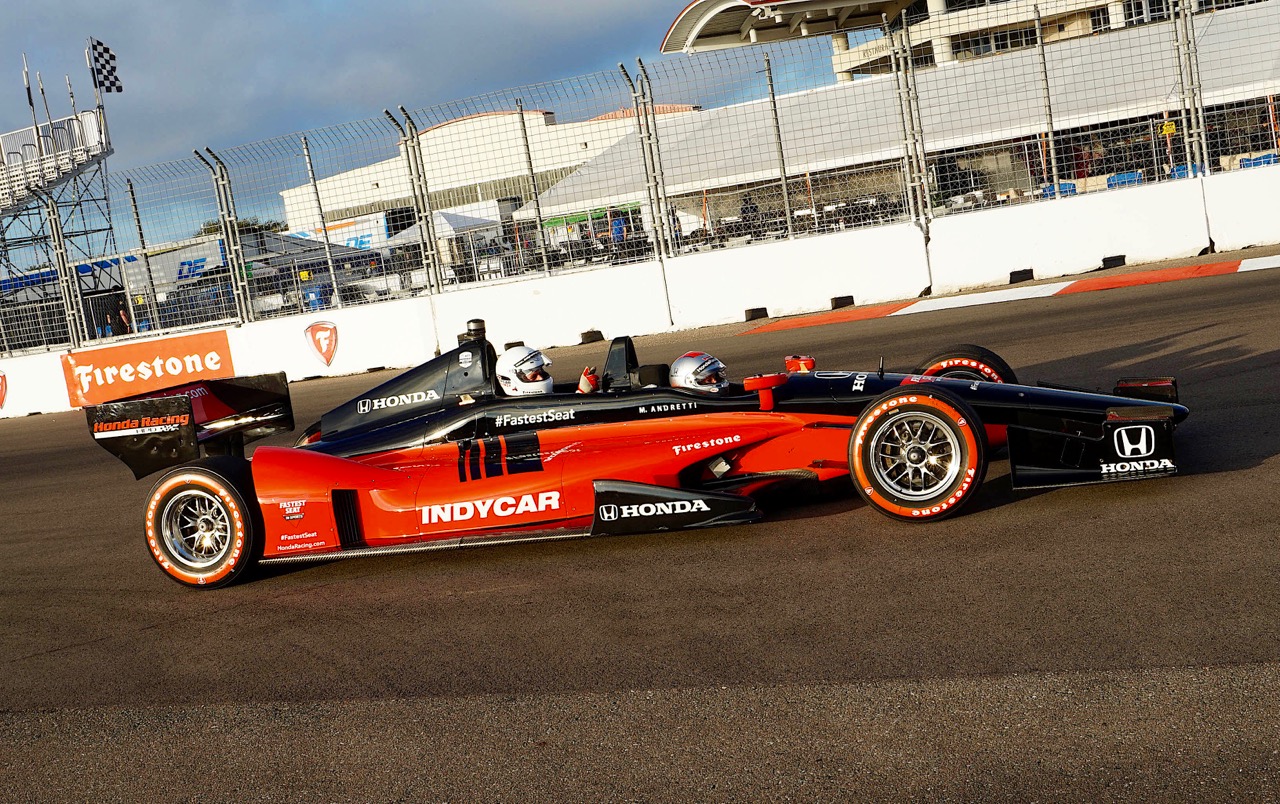