CGC’s Mike Matune is trackside at Summit Point for the 25th running of one of the East Coast’s premier vintage racing events. 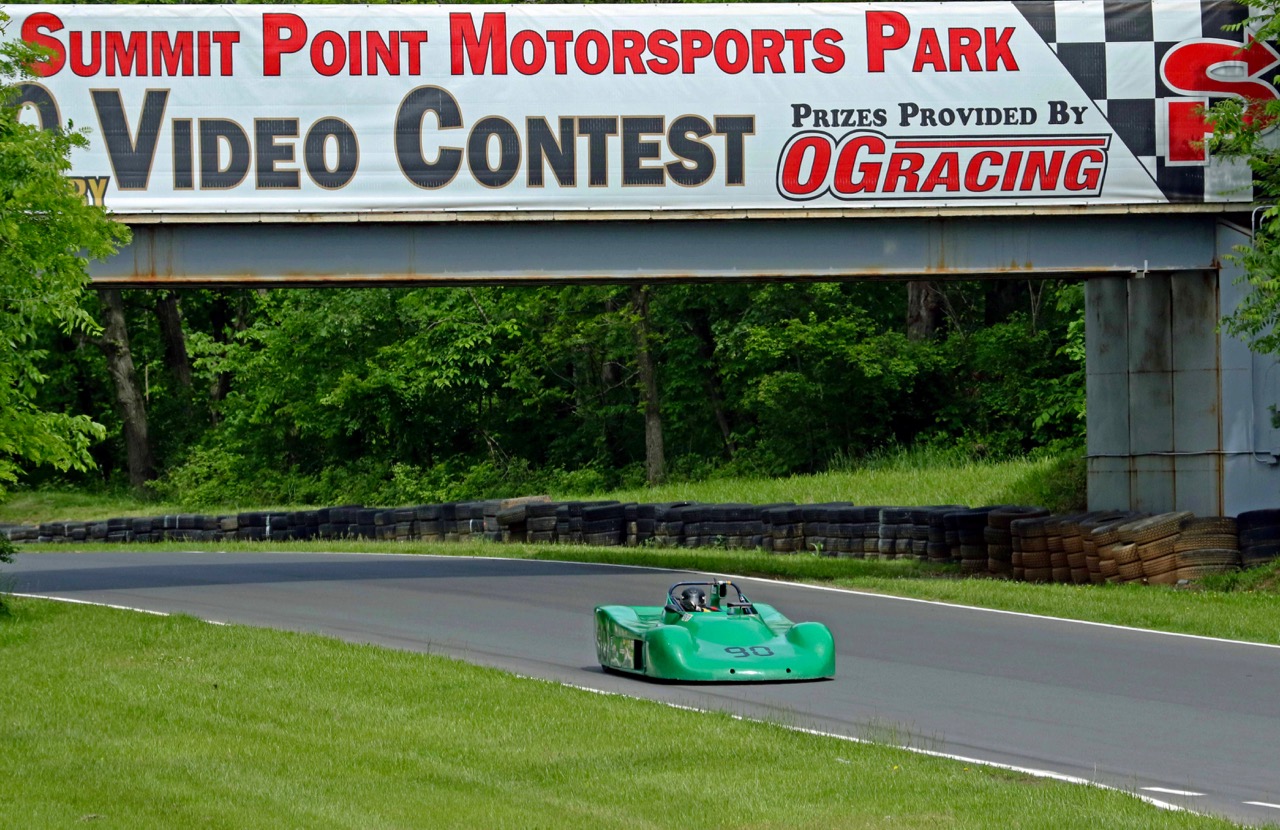 SUMMIT POINT: 2019 JEFFERSON 500! The 2019 Jefferson 500 hosted a paddock brimming with competitors from VRG (Vintage Racer Group). The late Bill Scott and renowned race driver, Brian Redman, combined to host the first event and, as is often said, the rest is history. Over 200 vintage racers ran under bright sunny skies to the organizers’ great relief following last year’s rain out. 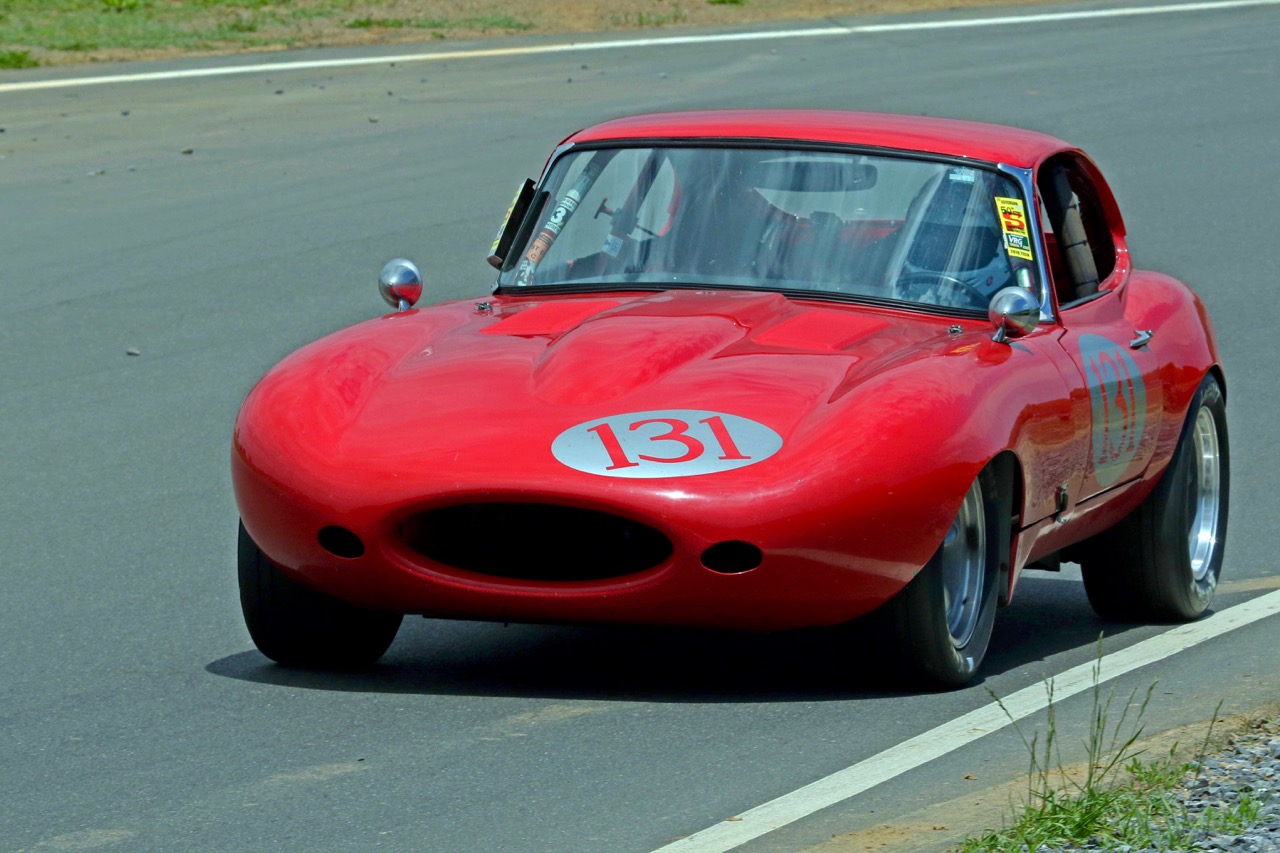 We’ve run out of adjectives to describe the Jaguar XKE’s lines, so we’ll confine this to a description of Gary Hagopian’s racer version. The car was converted to a racecar sometime in the 1990s on the West Coast, competing there for a decade or so before moving east. Under the fiberglass “bonnet” is a dry-sumped DOHC Straight Six fed by a trio of Webers. Power then passes back through a B-W T5 transmission to a Jaguar independent rear suspension unit. 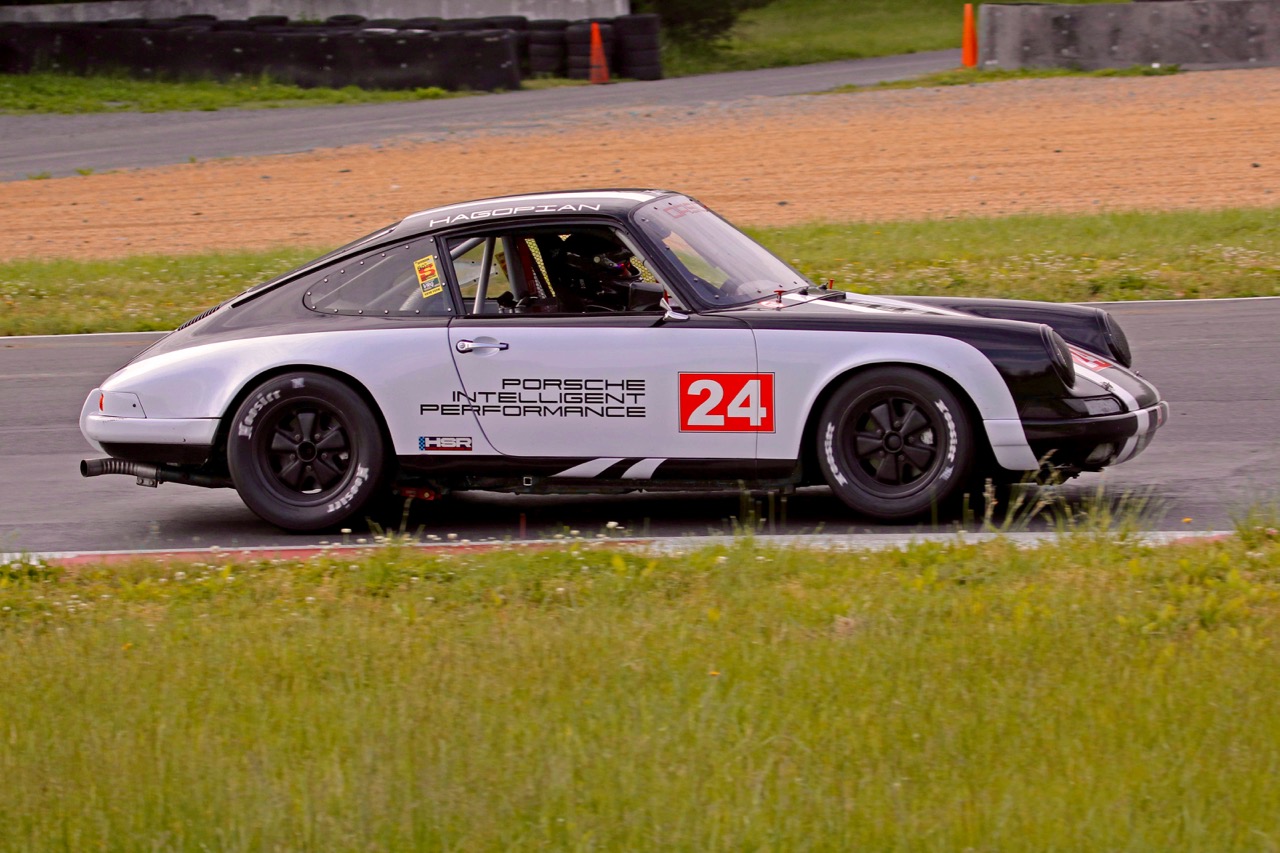 Gary Hagopian’s brother, Doug, races alongside him in VRG’s Big Bore class with this Porsche 911. It too was converted from a street car in the 1990s and has spent most of its life on the East Coast. Its eye-catching livery mimics that of a Porsche 919 ALMS car and is partially painted; partially wrapped. The wheels are PlastiKoted. Competing with larger displacement cars in the class requires getting the absolute most of the two-liter engine and fastidious attention to weight savings. 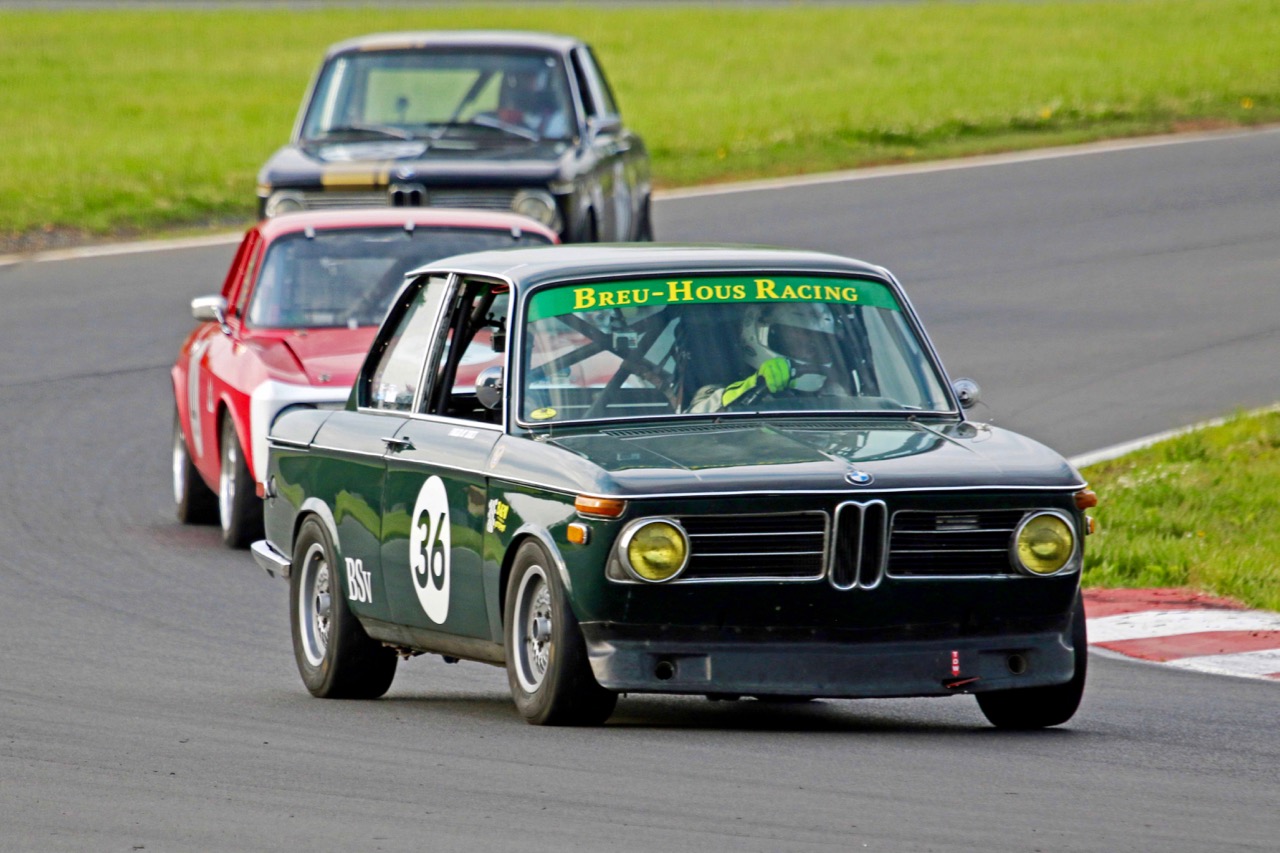 An annual feature of the Jefferson 500 is the Wyer Cup which welcomes cars that competed in the 2.5 Trans-Am, IMSA Radial Series and SCCA’s B/Sedan series. Sedan racing got more popular as manufacturers stopped making two-seat sports cars and began turning their attention to small sedans whose level of performance approached and sometimes exceeded sports cars. 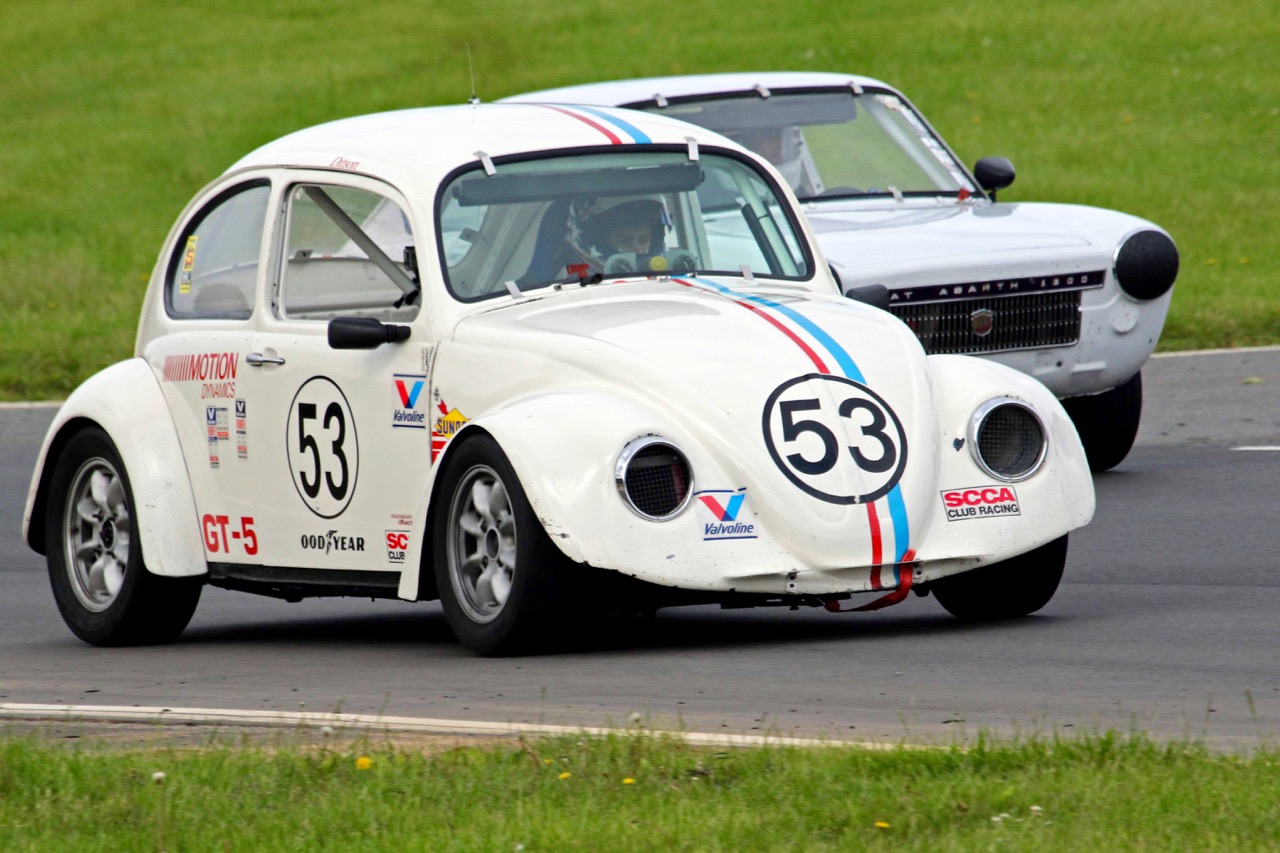 Ian Ditson’s ‘68 VW Beetle bears a striking resemblance to Herbie from the Disney films. But underneath the lovable trim lies a proper racecar, complete with a lightweight fiberglass body and tube frame. The engine is a highly tuned VW turning through a Hewland transaxle. Its extensive race history includes multiple SCCA Runoff appearances.

As interesting as Emily Ryan’s Caldwell D13 Formula Vee is, her back-story is even more so. It was her first race after obtaining an SCCA license at 16. Her Mom mentioned she had her racing license, but not her learner’s permit. So we guess she couldn’t drive to the track, but once there could race. Emily acquitted herself well all weekend. Hopefully this marks the beginning of a long, successful racing career. We need more youth and more women in the vintage car racing ranks! 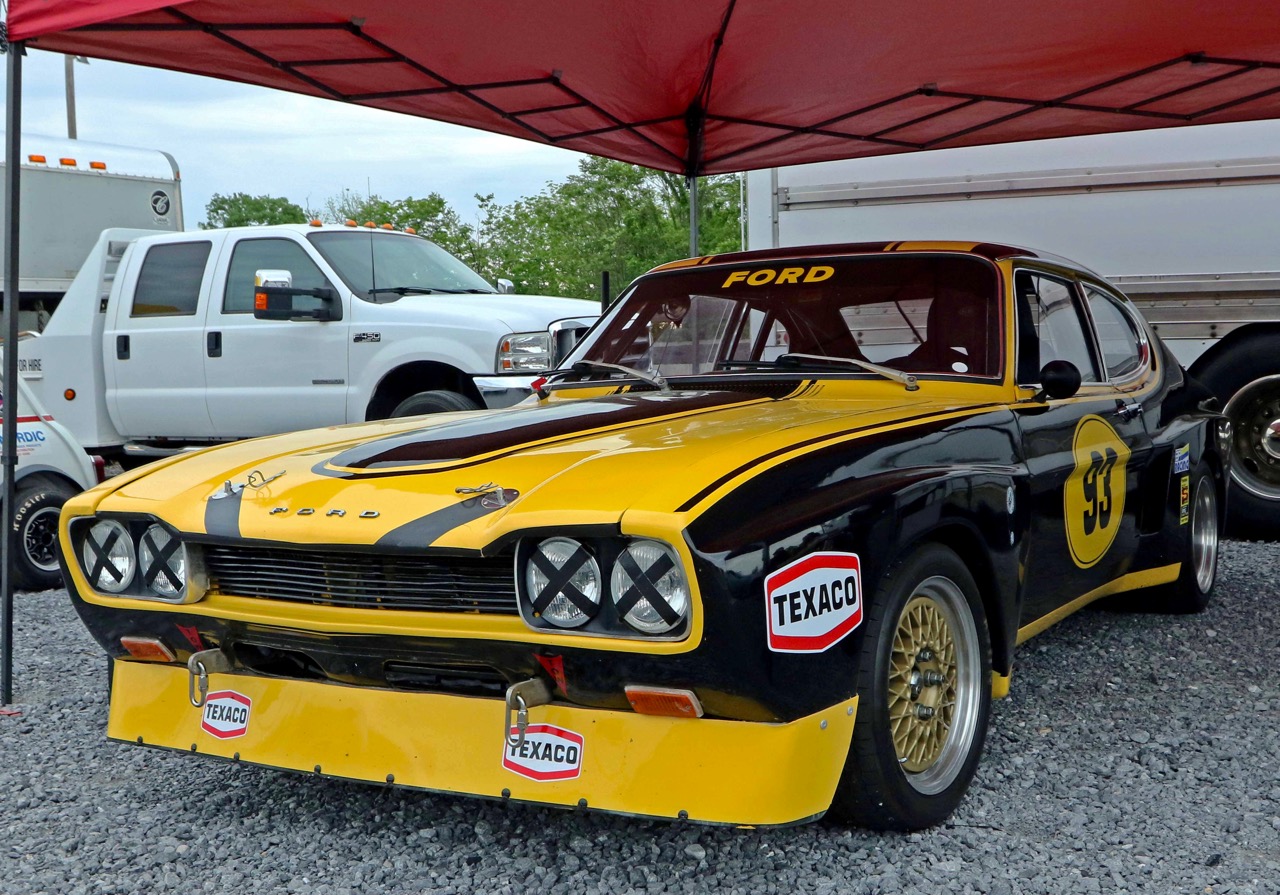 We really wish we could have shown Heidi & Pete Bormann’s Capri in a striking action shot, but new car woes sidelined it with a broken rocker shaft after a long tow from New England. Evoking the image of a 1973 Group II European racer, it has a very hot Cologne V6 under the hood. The fit and finish were exemplary, and we wish the Bormans the best with their new mount. 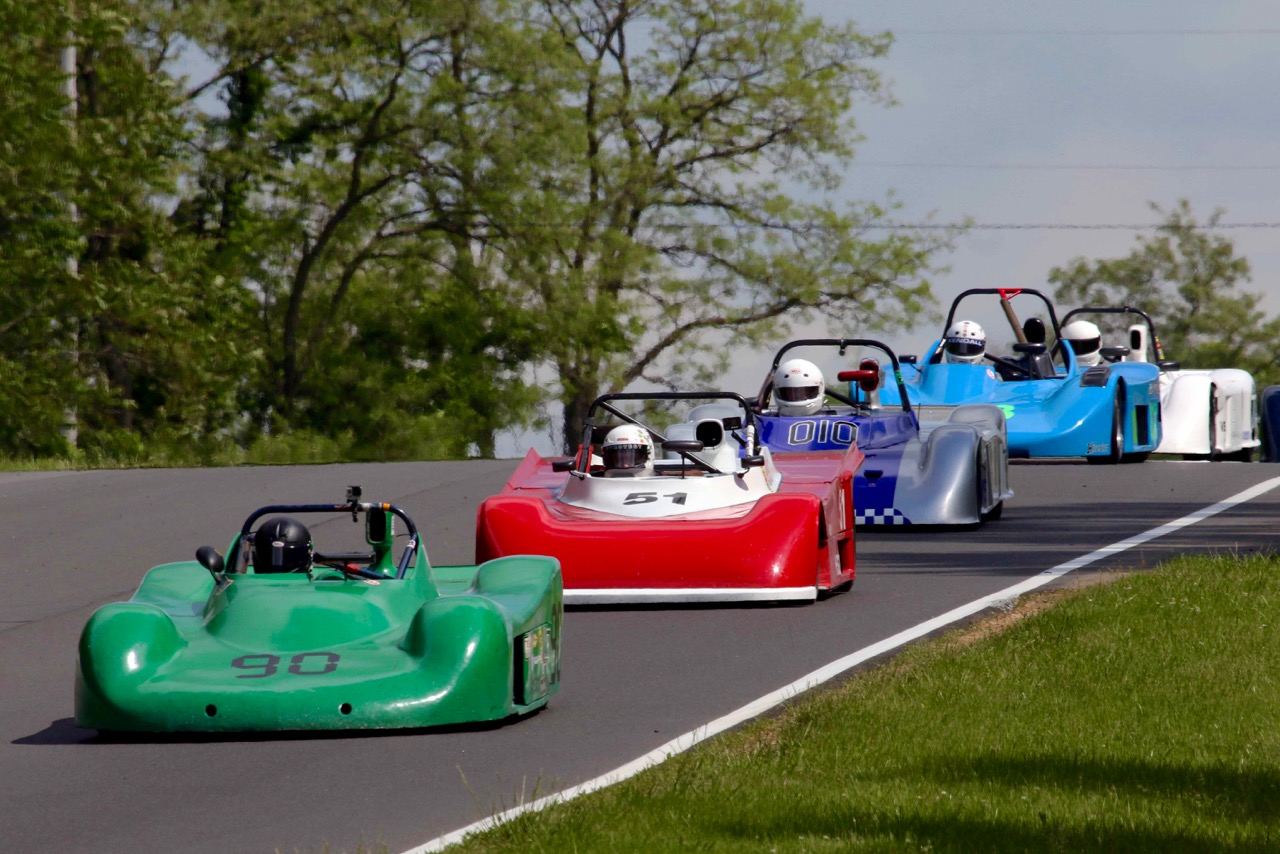 Sports 2000 began in England as an affordable way to race. The drivetrains are limited, consisting of a Ford Pinto SOHC Four and a Hewland, VW-based transaxle. Chassis and bodywork are free and there is no limit to the amount of imagination used. In their history, Sports 2000 cars have raced around the world in various series including a professional one here stateside. They have been accepted into the vintage ranks and provide some very entertaining racing. 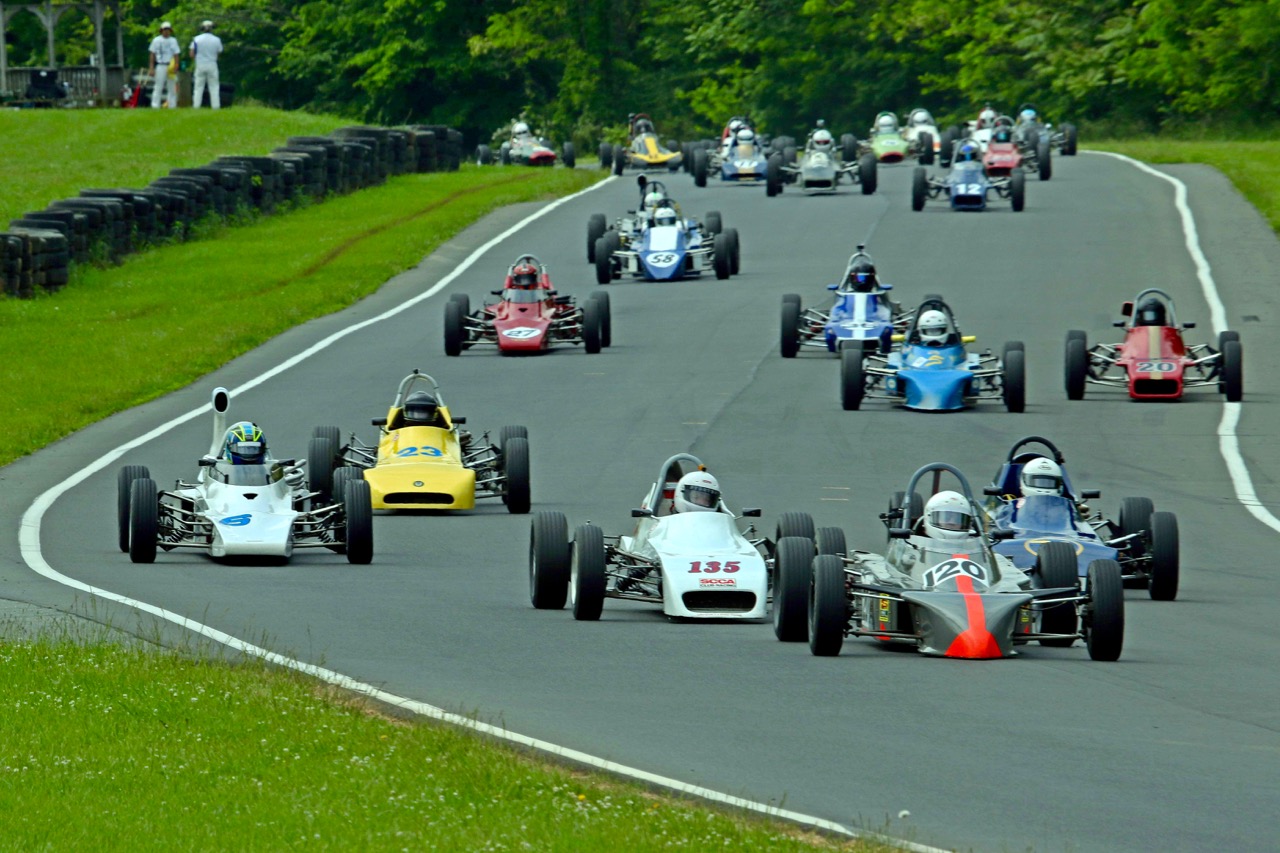 What looks like mass pandemonium is actually the start of the Phil Hill Cup, part of this year’s Formula Ford Challenge Series. There were battles all up and down the field with positions shifting back and forth, sometimes on multiple occasions per lap! 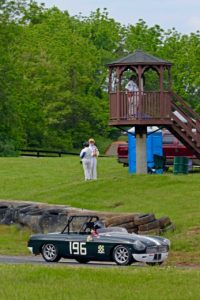 In addition to the Jefferson 500’s Silver anniversary, we also celebrated Summit Point’s Gold (50th) anniversary. Hard to believe it’s been a half-century since cars first took to the track there. The course replaced the Marlboro circuit in Maryland when safety and neighbor concerns began to threaten its continued use. Today it has expanded to incorporate three separate circuits, each posing its own set of challenges. Congratulations to all of those who have worked so diligently throughout Summit Point Motorsports Park’s existence to make it what it is today. Special thanks to Jim Karamanis and Cal Trumbo for their support securing all-access track credentials for the SUMMIT POINT: 2019 JEFFERSON 500!