More than 65 race-prepared and safety-inspected vintage automobiles and motorcycles are expected to run against the clocks in Coatesville, PA. Be there! 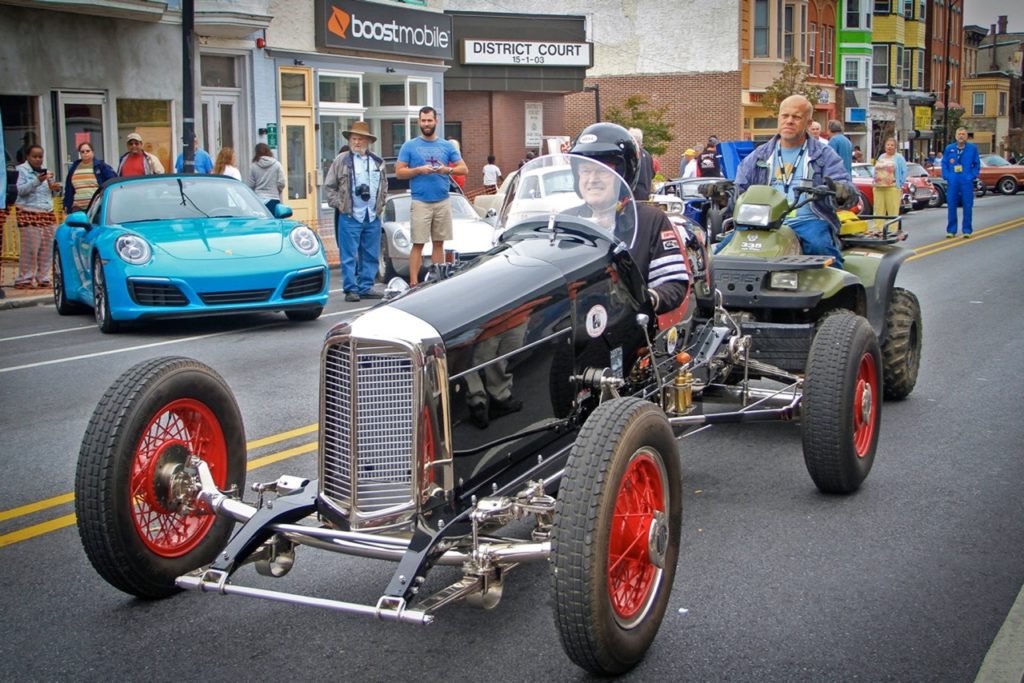 Recreating the races through the streets of small town America that marked the resurrection of sports car racing in this country after World War II, the second annual Coatesville Invitational Vintage Grand Prix will take place on September 23, 2017. Admission is free.

The Grand Prix is an individually timed driving event, run over a 2.2-mile road course through the streets and neighborhoods of the City of Coatesville. The start and finish line is located on the historically famous Lincoln Highway, part of America’s first transcontinental highway. Old-style hay bale chicanes are arranged along the entire length of the course. The hay bales, like those used in the early days for racing, lend an air of nostalgia to the event.

“This event gives spectators a unique glimpse of what it might have been like in the by-gone days of American racing, when races were held in rural towns across the country, just like Coatesville,” said City Manager Mike Trio. “We invite everyone to come out and be part of the continuing history of the great city of Coatesville.”

The Coatesville Invitational Vintage Grand Prix donates all proceeds to the City of Coatesville Parks and Recreation Department to help operate and maintain the city’s recreational facilities. Primary sponsorship for the event comes from Hopkins Ford, as well as additional support from the Delaware Valley Audi Dealers Association.