Mike Matune brings us highlights from one of the top East Coast Concours. 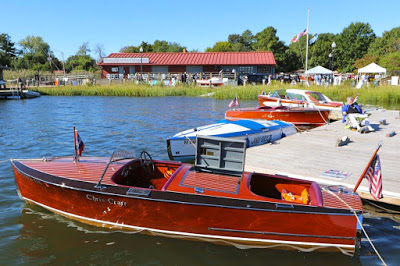 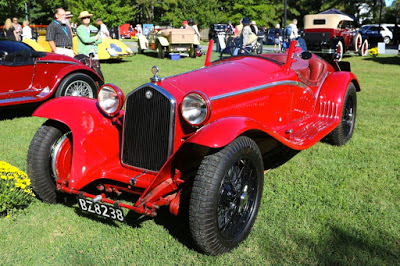 As the show season winds down, we always look forward to the St. Michaels Concours d’Elegance for one last hurrah. To celebrate its tenth year on the Concours calendar, it returned to the campus of the Chesapeake Bay Maritime Museum. This location allowed the showcasing of stunning wooden boats and outstanding automobiles, delivering pure sensory overload. Making its debut at St. Michaels was the North Collection’s ‘33 Alfa Romeo 8C 2300. Under its flaming Italian Racing Red paint is body done in the style of Touring, build by Pettenella. 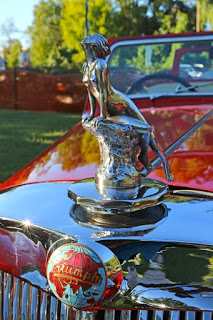 Robert Tattersall freely admits the lovely lady, right, featured on the hood of his ‘48 Triumph TRA 2000 is the most frequently photographed element of his car! It’s something of a shame as the car has many other notable features. Among them a “dickey” or rumble seat with a pop-up windshield.

Tattersall’s Triumph, below, showcases some of the details that make it an excellent addition to the show field:  period blanket and picnic basket. One could almost see Yogi Bear running off with the basket! 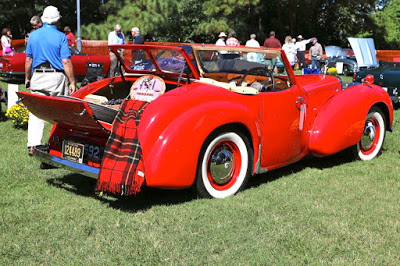 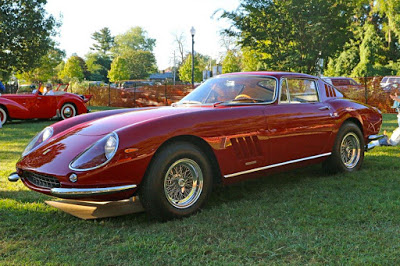 Karen & John Gerhard’s ‘66 Ferrari 275 GTB Berlinetta was made for, and feels most comfortable on, the open road. When introduced at the 1964 Paris Auto Show, it marked a move by Ferrari to produce a more user-friendly version of its front-engined, closed sports car. But that move didn’t come at any reduction in performance. A Colombo designed 3.3-liter 280 horsepower V12 powered a new 275 chassis with four-wheel independent suspension. 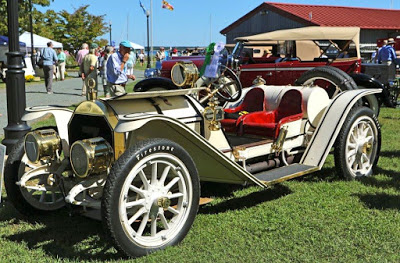 Here is an early example of American Muscle, Peter Stiffel’s ‘11 Mercer Raceabout. It utilized a minimalist approach to lower weight and high performance. Nothing was included that didn’t serve the singular purpose of providing its driver with a thrilling adventure.

Max Hoffman, the legendary auto importer of the 1950s, gave us several important marques and models, among them the BMW 507 roadster. Impeccably styled by noted industrial designer Albrecht Goertz, it features a V-8 of just over three liters backed by a four-speed transmission. They became the darlings of the rich and famous in their day. Thomas Pesikey owns this beautiful, Rudge wheel equipped example. 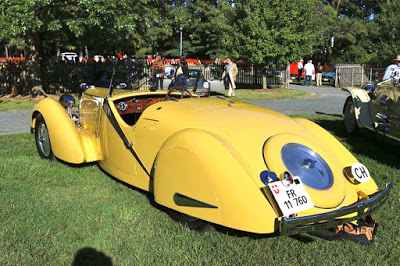 Paul & Linda Gould’s ‘35 Bugatti Type 57 Grand Raid Roadster was one of those cars you had to observe from every angle to drink in just how striking it is. This one is one of only two that were completed with bodies built by the Swiss firm, Worblaufen. This rear angle gives you a good idea of how all the elements of design combine into one very cohesive shape. 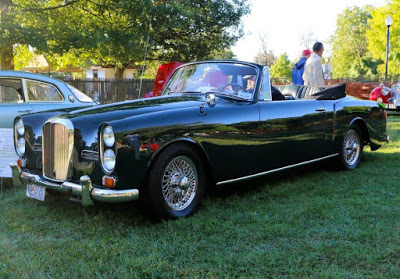 Alvis is one of those British manufacturers that has disappeared. But before they went, they produced some very well styled cars like James Sprague’s ‘64 TE21 Drophead Coupe with coachwork by Park Ward. Actor Tony Curtis originally owned Sprague’s car. He had it fitted with power steering and brakes, automatic transmission and air conditioning. 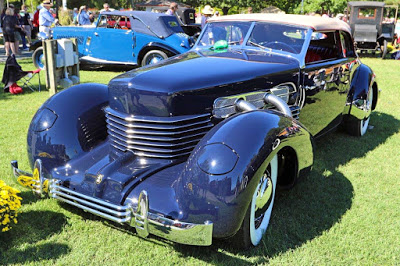 In a car that bore his name, E. L. Cord combined cutting edge engineering with equally impressive styling. FWD drive and a monocoque chassis rested under a rakish body with hideaway headlights and a “coffin” nose. Thomas Haines’s ‘36 Cord 810 Convertible Phaeton takes it all a step further with an open car still allowing for all weather protection.

Barbara and Al Mason are frequent Concours competitors with their brilliant orange ‘28 Auburn 8-115 Speedster. At St. Michaels they came away with a double victory, earning not only People’s Choice, but also taking Best in Show. An impressive “Double” to say the least! 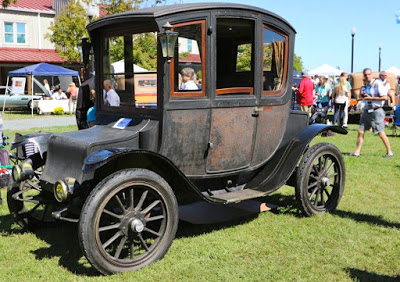 Here is proof of the old adage about “There’s nothing new under the sun”. Bill Alley’s Waverly four-passenger Brougham is an electric car built in 1911. Originating in the period when the automobile was beginning to replace horse drawn conveyances, its appointments are more in keeping with an aristocrat’s carriage than what we would expect in an automobile. The interior looks like the drawing room in a fine home.