As Summer fades into Fall, the St. Michaels Concours d’Elegance stands as a closing bookend to the 2017 automotive show season. 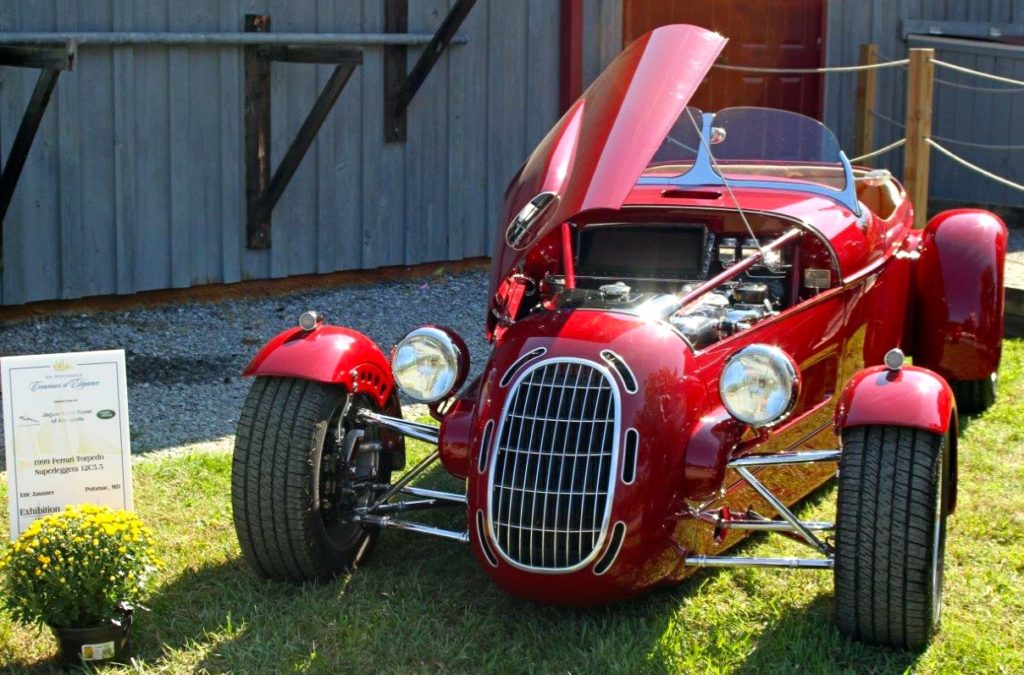 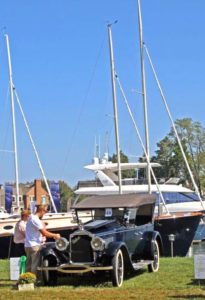 The Concours stretched across the manicured grounds of the Inn at Perry Cabin by Belmond and the Chesapeake Bay Maritime Museum, under sun filled skies. This year’s event welcomed participants, spectators, judges and volunteers alike to the start of its second decade; its show field and docks were packed with automotive and marine finery.

Every time you look at Eric Zausner’s “Torpedo”, top, there is something else you find that’s unique. From its Alfa-inspired grille shell to its Ferrari Barchetta inspired rear styling and its Ferrari 550 Maranello engine and modern Formula 1 style suspension, there is always something special to see. Handcrafted by Steve Moal, the Torpedo is truly spectacular! 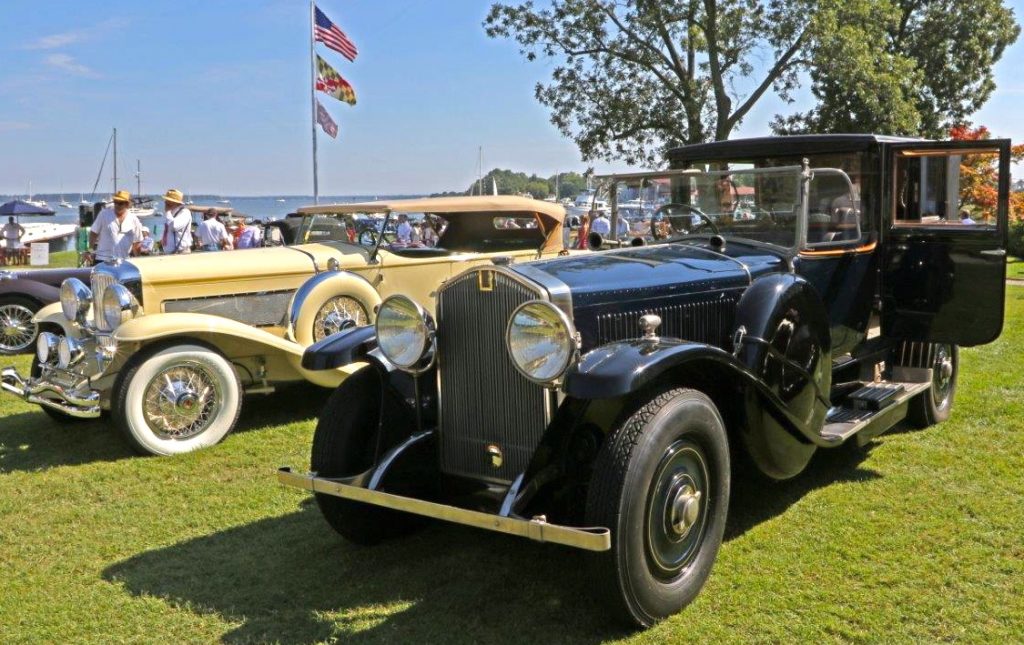 Serving this year as Honorary Chairpersons were noted collectors, Joseph and Margie Cassini. Not content with their honorary posts, the Cassinis brought two splendid examples : A ‘24 Isotta Fraschini Tipo 8A Laudaulet and a ‘31 Duesenberg J Derham Tourster. The I-F has an interesting history remaining in original, unrestored condition and spending most of its 93-year life in hibernation. The other St Michaels participants likely breathed a sigh of relief when they realized their cars were not being judged against these! 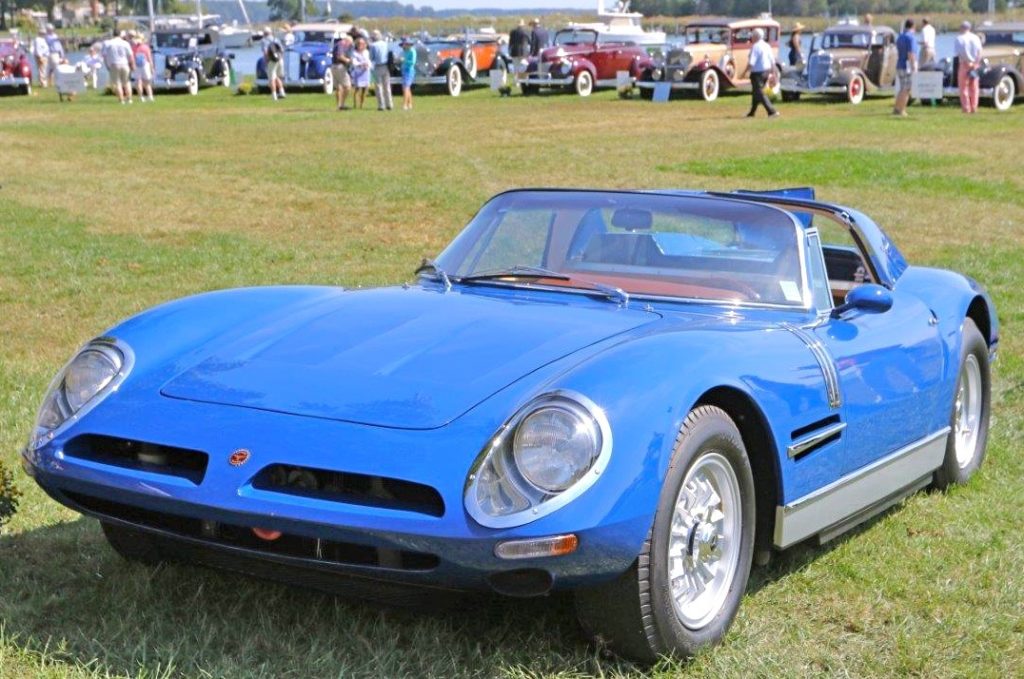 If Diane & Don Meluzio’s ‘68 Bizzarrini Spyder S.I. 5300 Targa looks vaguely familiar to you, it’s likely because it is a former Torino Auto Show car once featured on the cover of Road & Track. It’s one of three convertibles produced and comes from the marriage of Italian bodywork, chassis and suspension with an American 327-inch Corvette engine. A hand built, auto show car, it features numerous styling touches such as a Targa style roof with flying buttresses and stylized headrests on the rear deck. 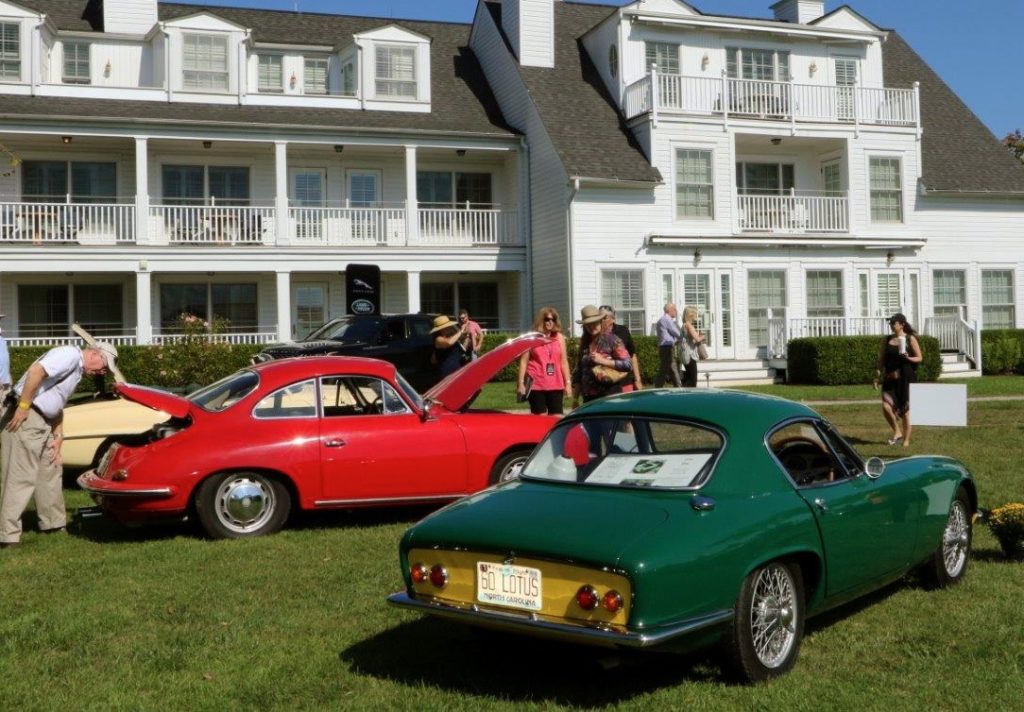 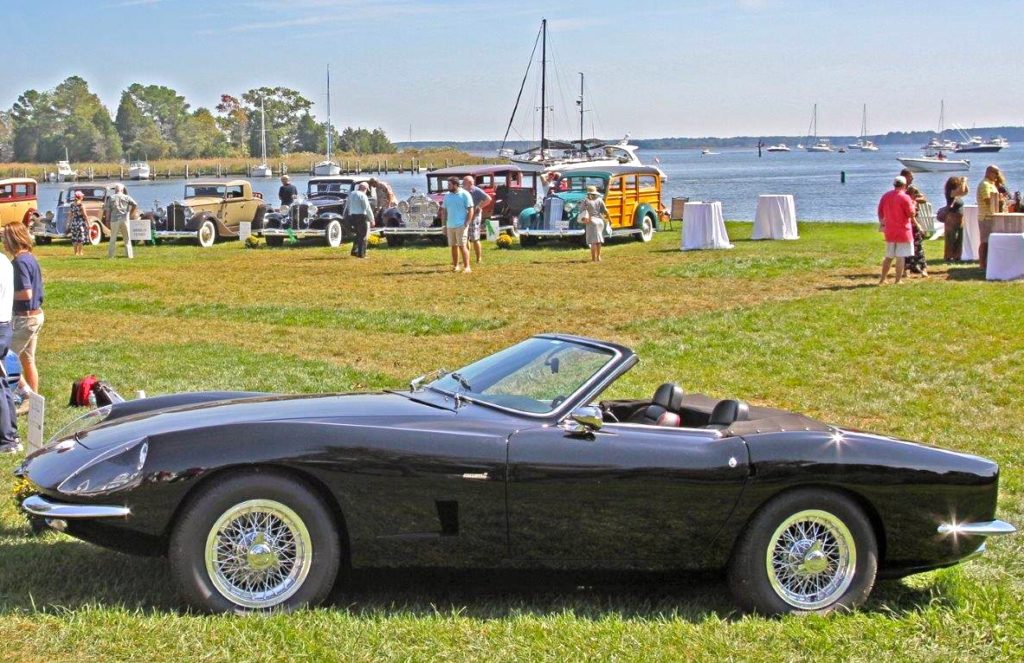 John Redmond’s ‘71 Intermeccanica Italia Spyder, once owned by jazz great Miles Davis, is another example of Italian style and grace combined with American brawn in the form of a 351-inch Ford V8. These went through a few iterations and proved to be a greater styling success than a commercial one. 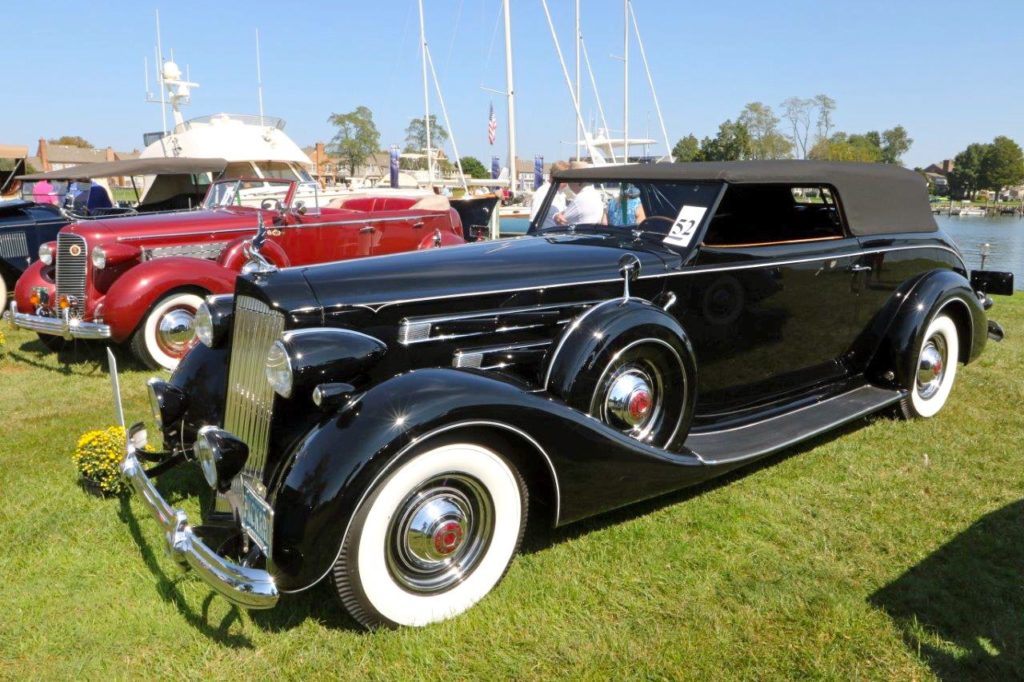 Rollston was founded in 1921 in NYC and became popular as a coachbuilder for Packard, with most of the 700 cars it constructed built on Packard chassis. In 1937, both firms found themselves on sales highs with Packard churning out 1,300 V12s. Linda and Dave Kane’s example has Convertible Victoria Rollston coachwork. What defines it is how the top comes around the car to provide increased privacy to the rear-seat passengers. The Kane’s efforts in showing at St. Michaels would see them add the Most Elegant Open award to their already crowded trophy case. 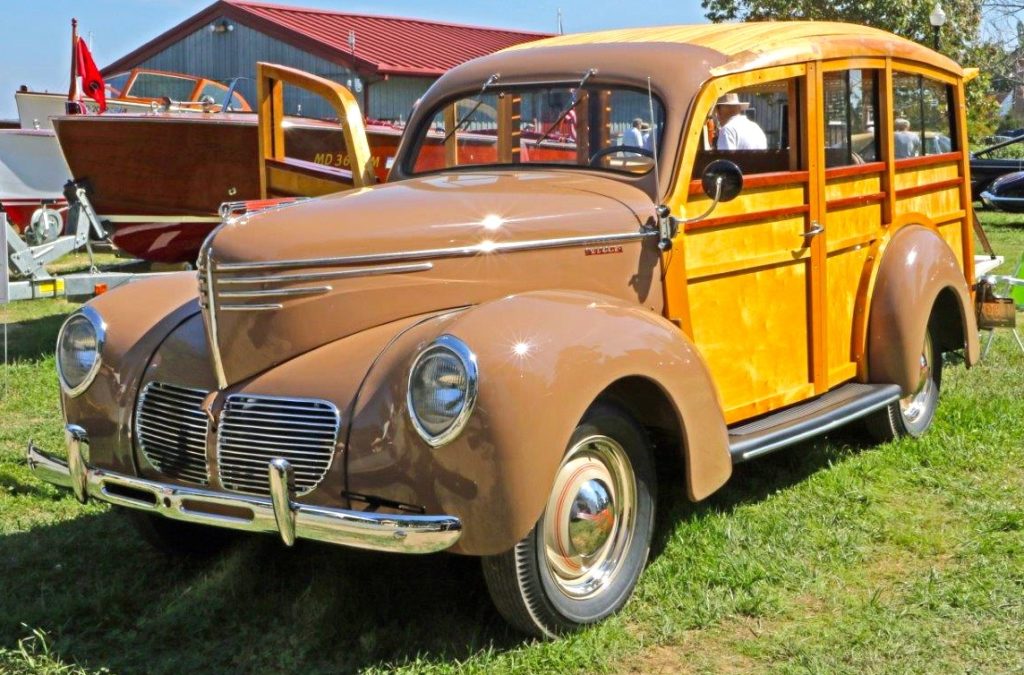 This one may be hard to recognize at first, but imagine it with a scoop atop injectors and a supercharger sticking through that hood. Give up? It’s a ‘40 Willys, likely one of the few that escaped transformation into a gasser. It’s one of five built and likely began life as a coupe before being converted into this unique Woody configuration. Power comes from a 42 horsepower “Go Devil” four-cylinder engine, that would later serve as the powerplant for the WW II Willys Jeep. Will Ruhland of Distinctive Finishes is restoring the car and had it on exhibit for owner Don Owens. 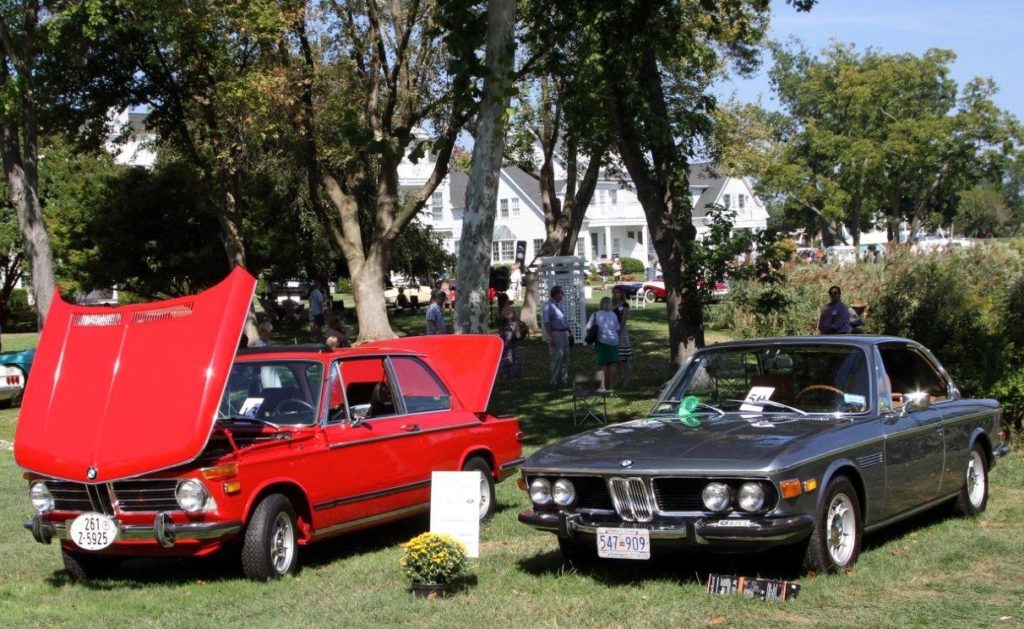 BMW was well represented in the Cars Of The Autobahn class. The ‘72 BMW 2002Tii of Bruce Hall and the ‘70 BMW 2800CS of James Sprague share the distinction of having remained within the families of their original owners since new. Hall’s 2002 took home the award for the Best Preserved Car. 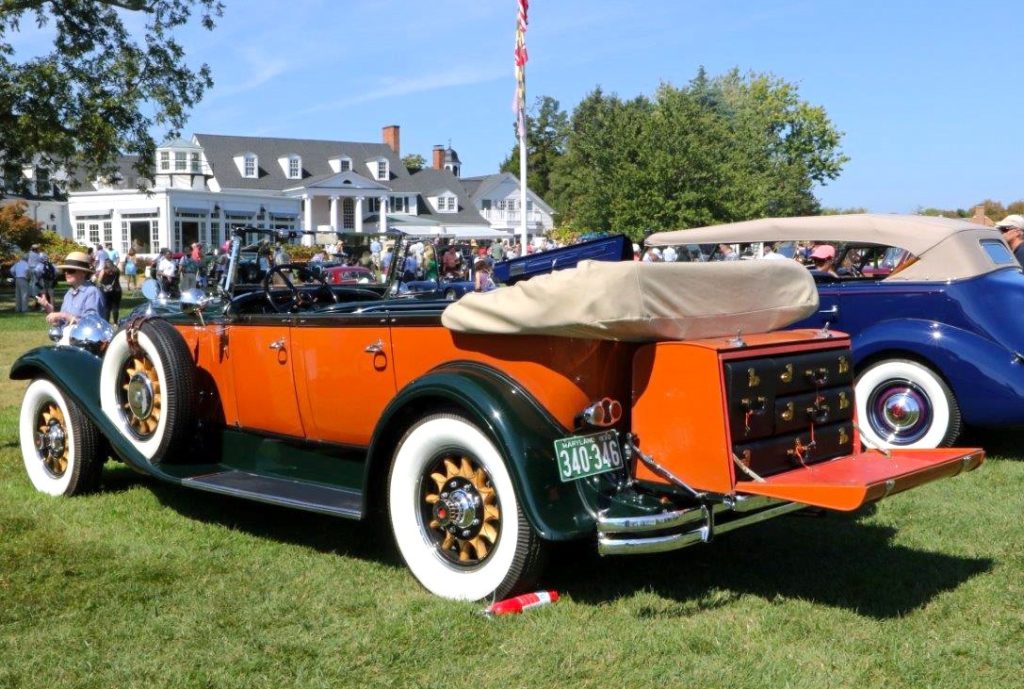 Lee Brent’s ‘30 Packard seven-passenger Phaeton hosts a world of detail. The wheels are wooden spoked with pinstripes to highlight their lines. Around back is an external trunk with fitted luggage. The interior is a dark green offset by the two-tone body including an eye-popping orange. It all came together to impress the judges and win Best in Class for Pre-War American Open Cars. 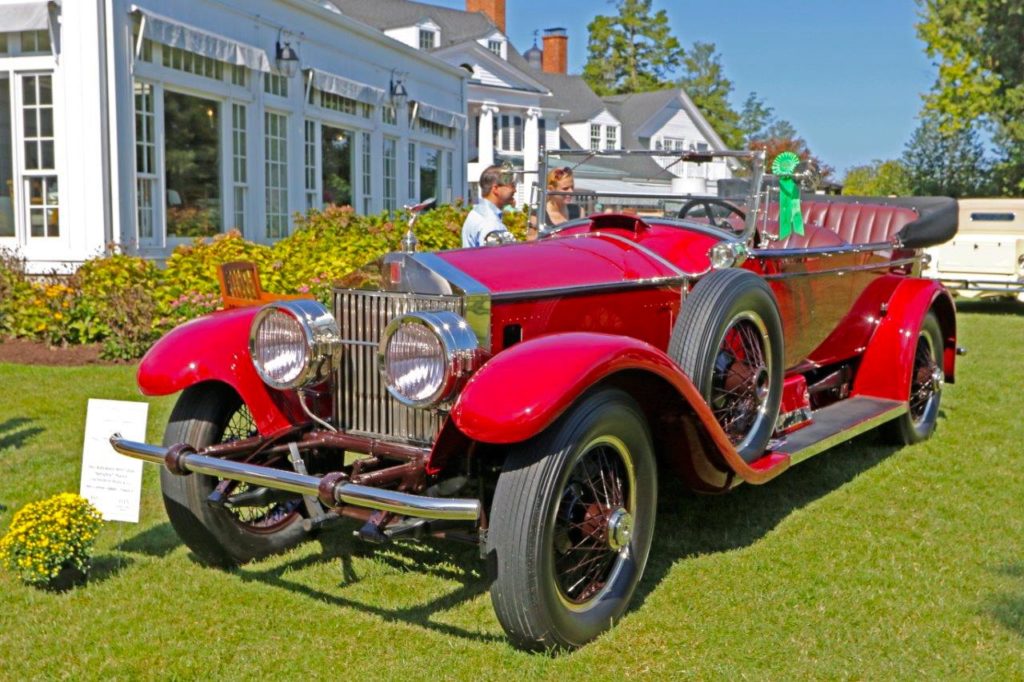 A ‘21 Rolls-Royce Springfield 40/50 Silver Ghost Five-Passenger Phaeton, owned by Carolynne & Mark Corigliano took Best In Show honors. It is an American RR, having been built in their U.S. factory in Springfield, MA and bodied by Brunn and Company in Buffalo, NY. The award paid testament to the two-year restoration effort. CGC congratulates the Coriglianos on their well-deserved victory. 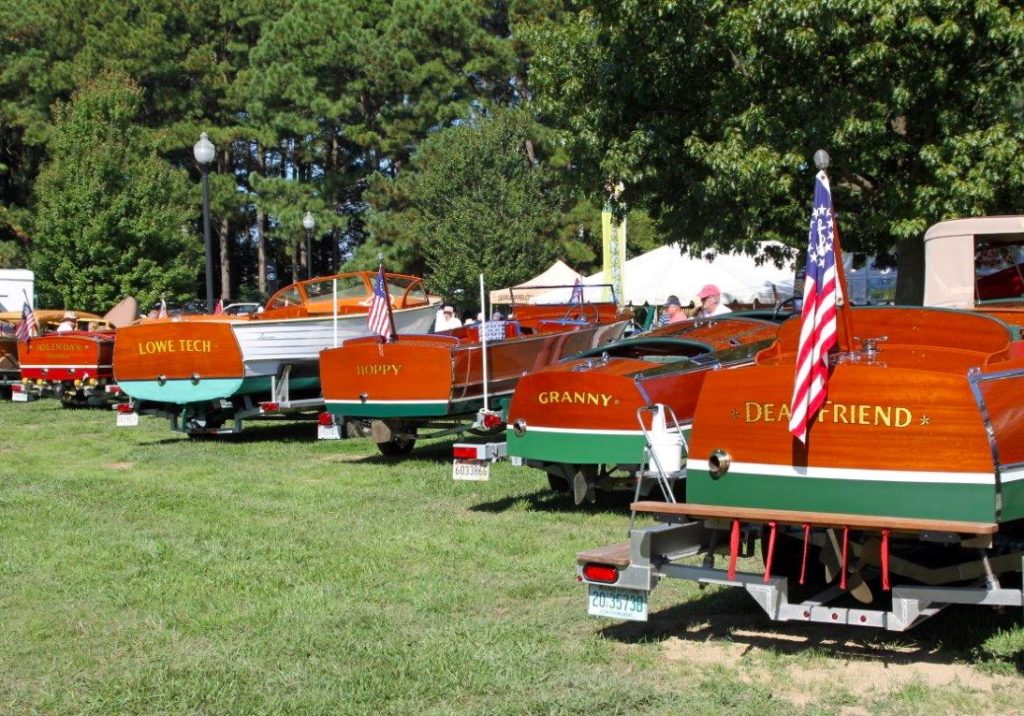 Set along the shores of the Chesapeake Bay, the St Michaels Concours pays tribute to both land and water borne conveyances. This line of stunning wooden boats reminds one of the old mariners’ saying, “If God wanted man to sail fiberglass boats, he would have created fiberglass trees”. Remember to save the date for next year’s St Michaels Concours d’Elegance: September 23, 2018.

For more information on the Concours, its venue and museums, please visit: