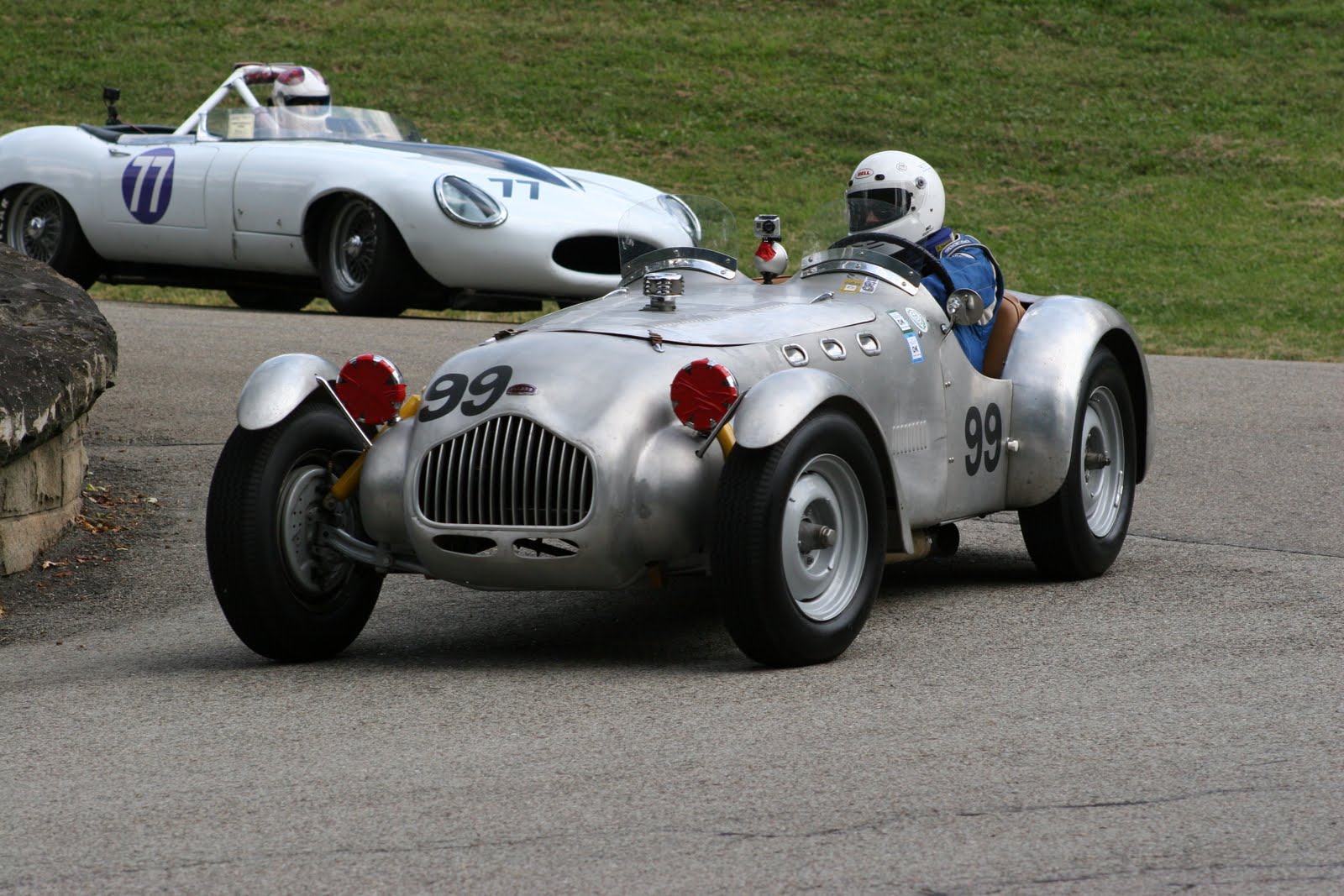 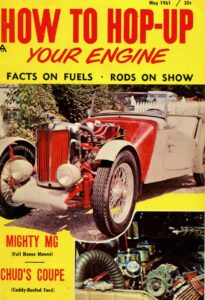 In the 1950s, imported English Allards, could be ordered with American V-8 engines – Ford Flatheads to Caddys and Chrysler Hemis – while MGs, Austin-Healeys and others required hot rod surgery to replace anemic four-bangers with V-8s. Plus, there were limited-production domestic Kurtis 500-S sports cars available with as much V-8 horsepower that you could afford. It all started in California and, in later years, these hybrid sports cars became known as road-racing California Specials. And, many are still racing at tracks from coast to coast. Peter Patterson’s Flathead-powered Allard, above, photographed by Mike Matune. CGC Editor Marty Schorr’s MG-TC, right, with cycle fenders, pro-built bored & stroked Ford V-8-60 in 1961.

I know very little about sports cars. Initially that was by choice. Strong choice. I was an American kid. I was a do-it-yourselfer. I naturally became a hot rodder. A devout one. Sports cars, which started showing up on U.S. shores in any significant numbers in the early to mid-1950s, were “Foreign Cars.” The earliest and most common, MG TC’s and TD’s, resembled our hot rod roadsters in many ways: two-person, cloth top, “wing” fenders, lay-down windshield, multiple carburetors – in fact they were by definition roadsters. But there were two big differences. First, most came with tiny engines, 1500cc’s (1.5-L; 91 cubic inches or less. And much more important (to me), they were bought, not built. And they were relatively expensive. They were rich kids’ cars. At least that was my opinion, and that of my friends and those we hung around with.

So that’s why I couldn’t understand why HOT ROD and other (smaller) magazines I read as a kid kept showing examples of these sports cars: parts of them, full features on them, hot rods built like sports cars, sports cars with hot rod American engines.This last type, I must admit, did at least get my attention. 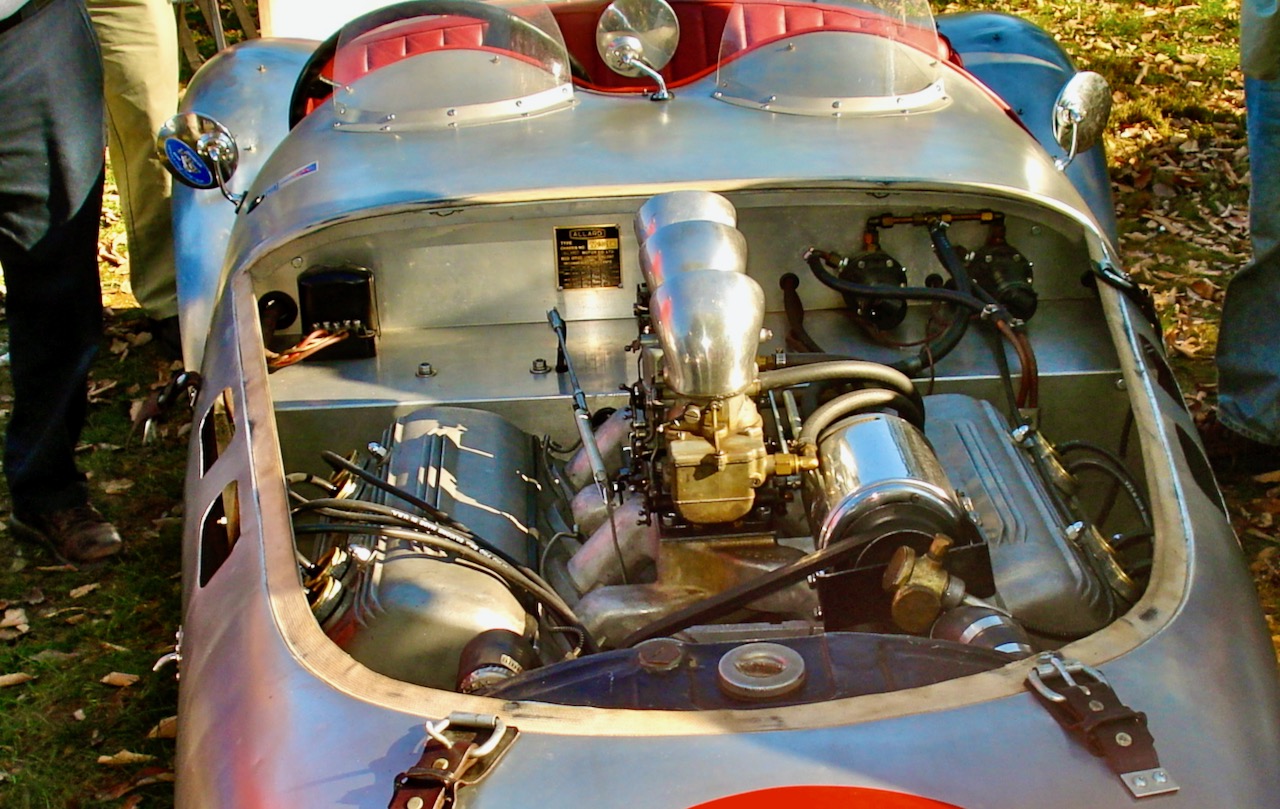 OK. Instead of a treatise on hot rods vs. sports cars (of which much more could be said), I’ll get to the point. Among my voluminous collected files covering everything from rods, customs, early dry lakes, drag races, Bonneville, circle track, car shows, and so on, there have been two lonely manila folders at the very back of one file drawer marked “Chino Nov. ’53 Road Races” and “Terminal Island Road Races, Cars and Cycles, Jan. ’54.” 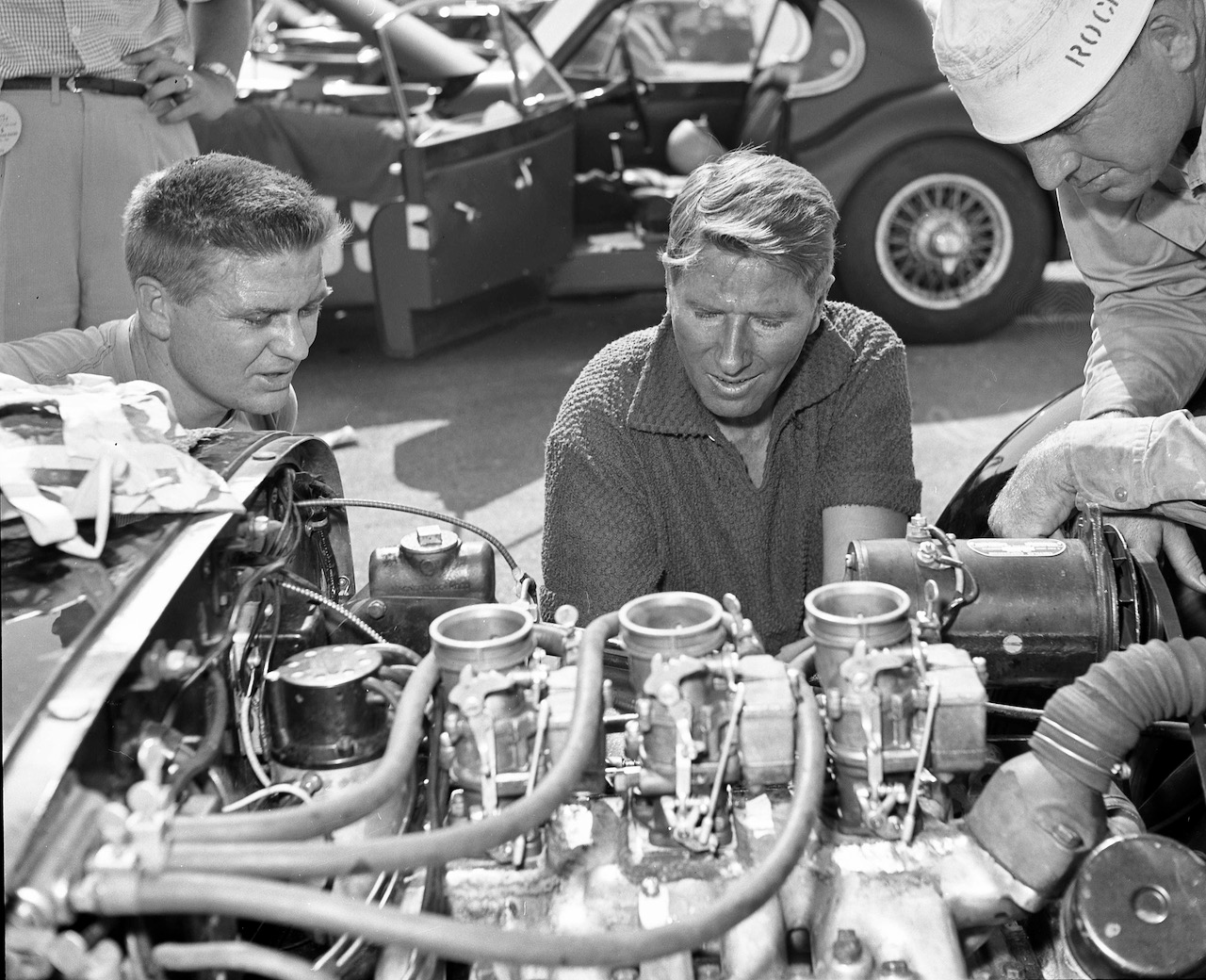 I’ve pretty much ignored them for the past 30 or so years, being impressed mostly by the large number of prints, proofs, and negs in each, shot by a gang of photographers: Rickman, D’Olivo (RIP), Dick Day, Lester Nehamkin, Bill Southworth. I figured it was a chance for these (slightly older) guys to go see some hopefully exciting road racing, and get in close to the action, free. It wasn’t until I started doing this bi-weekly column that I pulled them out for a closer look, and was surprised they actually ran in magazines–the Chino races in the Nov. ’53 issue of Petersen’s short-lived HONK!, and the Terminal Island ones in its soon-successor, Jan. ’54 Car Craft. The editor of both was the notorious Dick Day, who was up for most anything. And when I told son Bill I was thinking of doing a column on them, he said, “Ooh, that sounds good.”  So here goes. 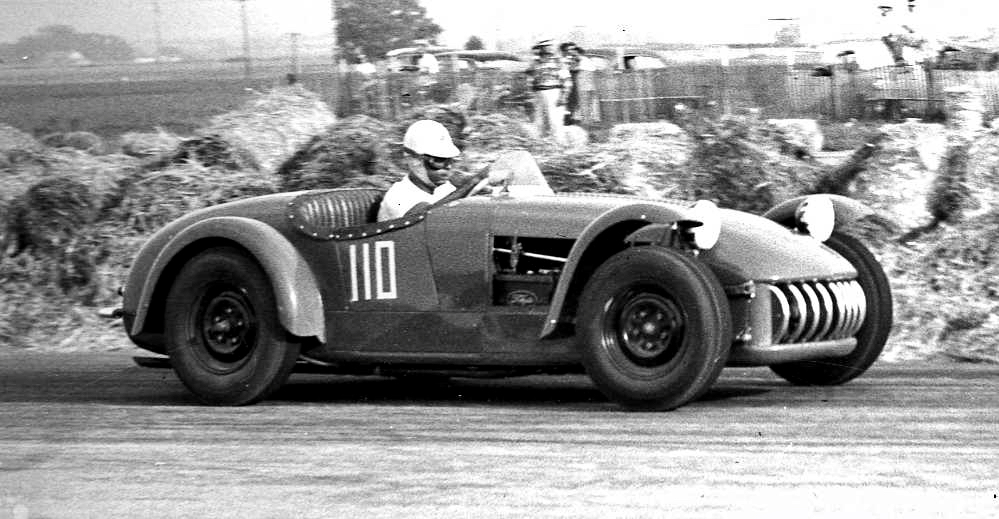 What I happily discovered was that these articles focused on the larger “Unlimited” sports car class, many of which were stuffed with big hot-rod V-8 engines, and both races were dominantly won by well-known Ford-aligned builder, tuner, driver Bill Stroppe in an American-built Kurtis 500-S, above, powered by none other than a Mercury Flathead V8.  I’ll start with the Terminal Island race since it was bigger, more representative, and better covered. It was a two-day affair, held on a recently closed Naval airbase, below, on the large, flat island in the middle of the L.A. Harbor between Long Beach and San Pedro, to raise money for the Navy Relief Fund. 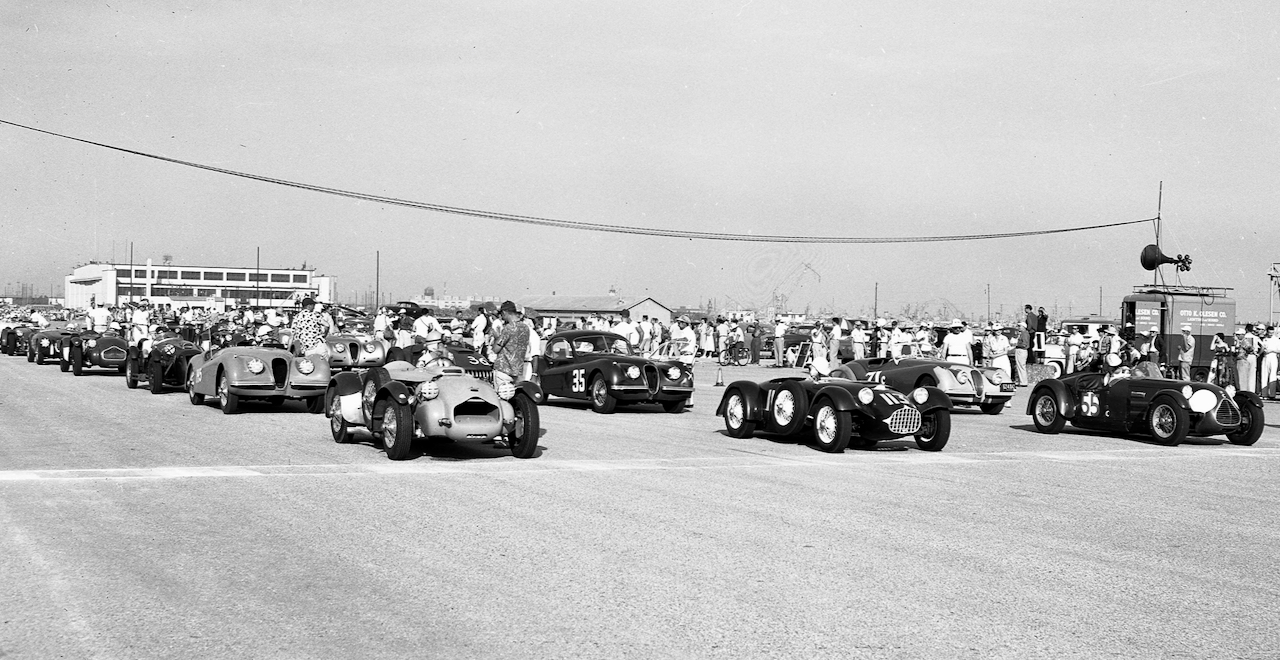