What started out as a California couple’s honeymoon get-away in their Datsun Roadster 32 years ago has turned into a must-attend annual celebration for Datsun lovers from the U.S. plus Mexico and Canada. ‘Small Cars + Small Town = Big Fun’, says our intrepid correspondent, Jim Palam.

Kerry and Jeannie Dehmel had such a good time celebrating their honeymoon in Solvang, CA that each anniversary they would return to Solvang in their Roadster, and each year more and more of their Datsun-owning friends would join them. This year there were over 100 Datsuns participating in the Datsun Roadster Classic. Among the classes being judged were Race Cars, JDMs, 1500s, Diamonds in the Rough, Low & High Windshield 1600s and Low & High Windshield 2000s. So let’s take a look at some of the cars that grabbed my attention… 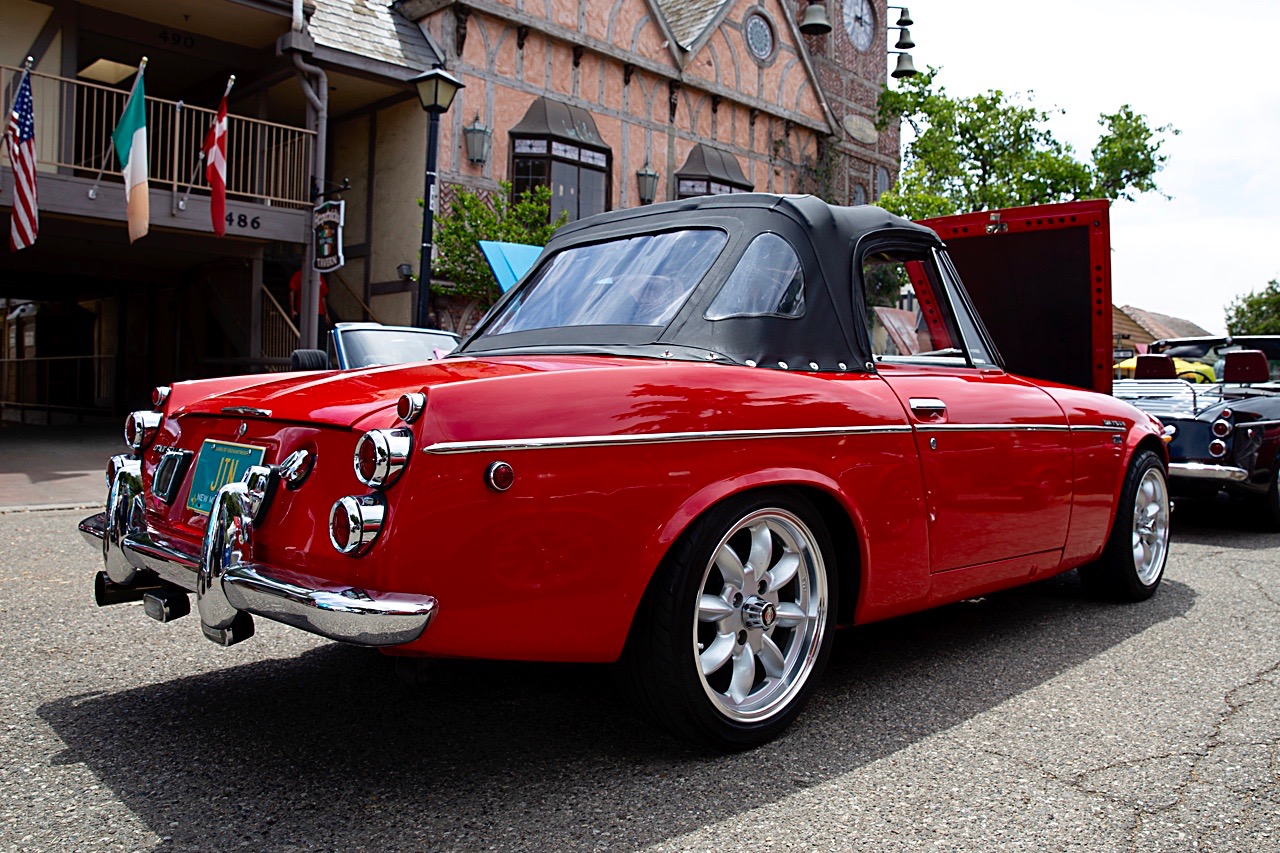 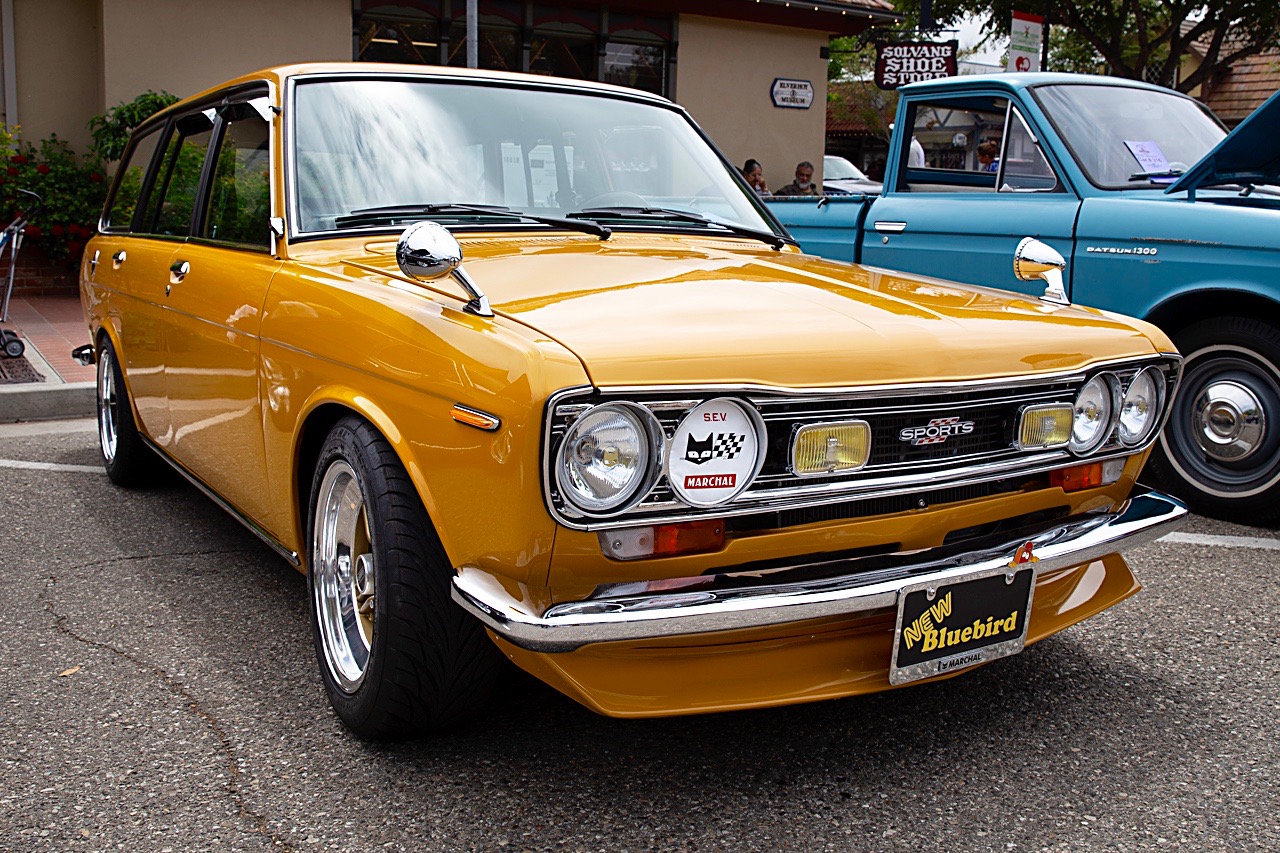 Christian Torchia of Santa Barbara purchased this ‘71 510 Wagon as a commuter vehicle for his young daughter. She wasn’t impressed. So dad set about ripping it all apart and rebuilding it as a crowd-pleasing JDM jewel. The 510’s Twin two-barrel Weber side-draft carbs are an immediate give-away that this meticulously rebuilt L18 Datsun engine is all high-performance. 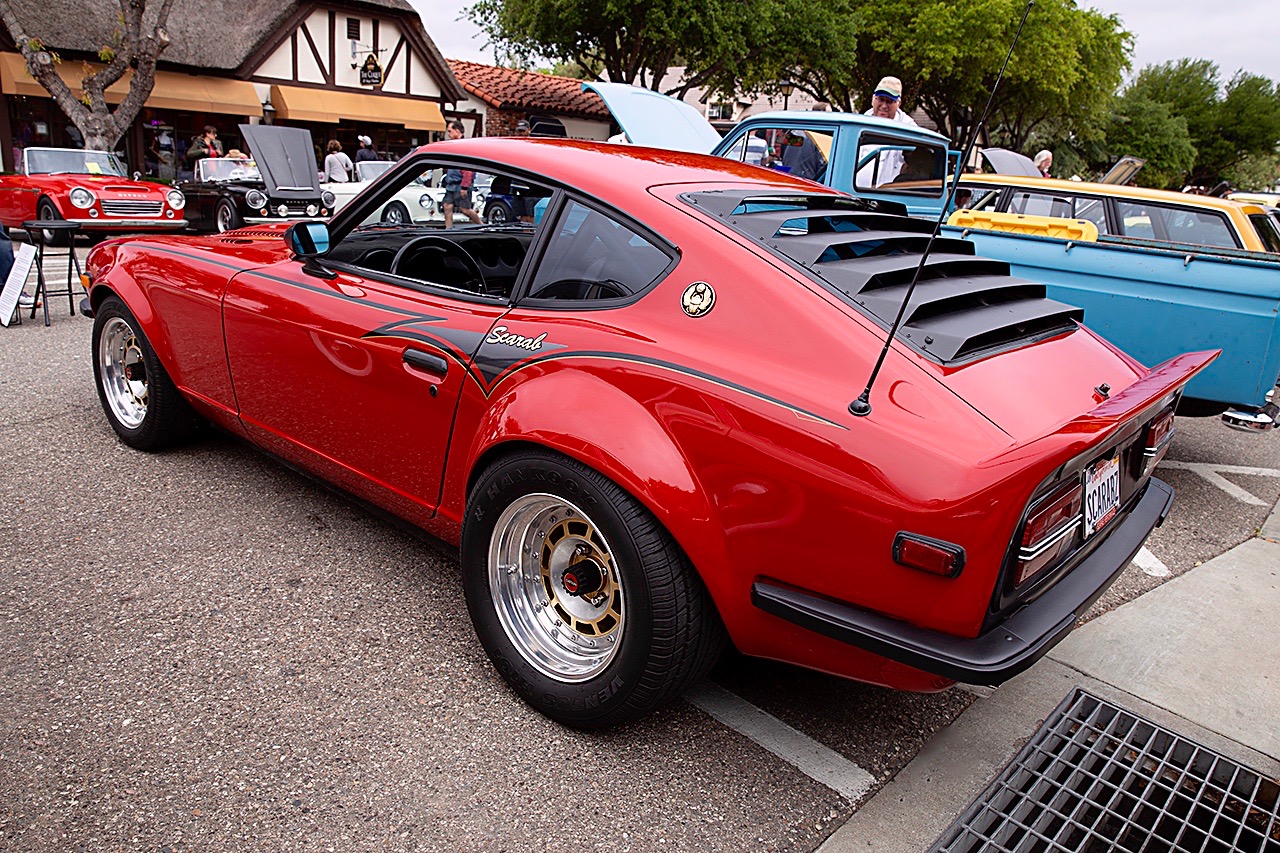 Steve and Terri Pharr are SDRC show regulars and always bring a JDM class surprise Datsun with them. This year it was their recently acquired, fast-&-fun Scarab Z that started its life as a ’71 240Z, before being brought to the Scarab’s Campbell, CA factory in 1979-‘80. 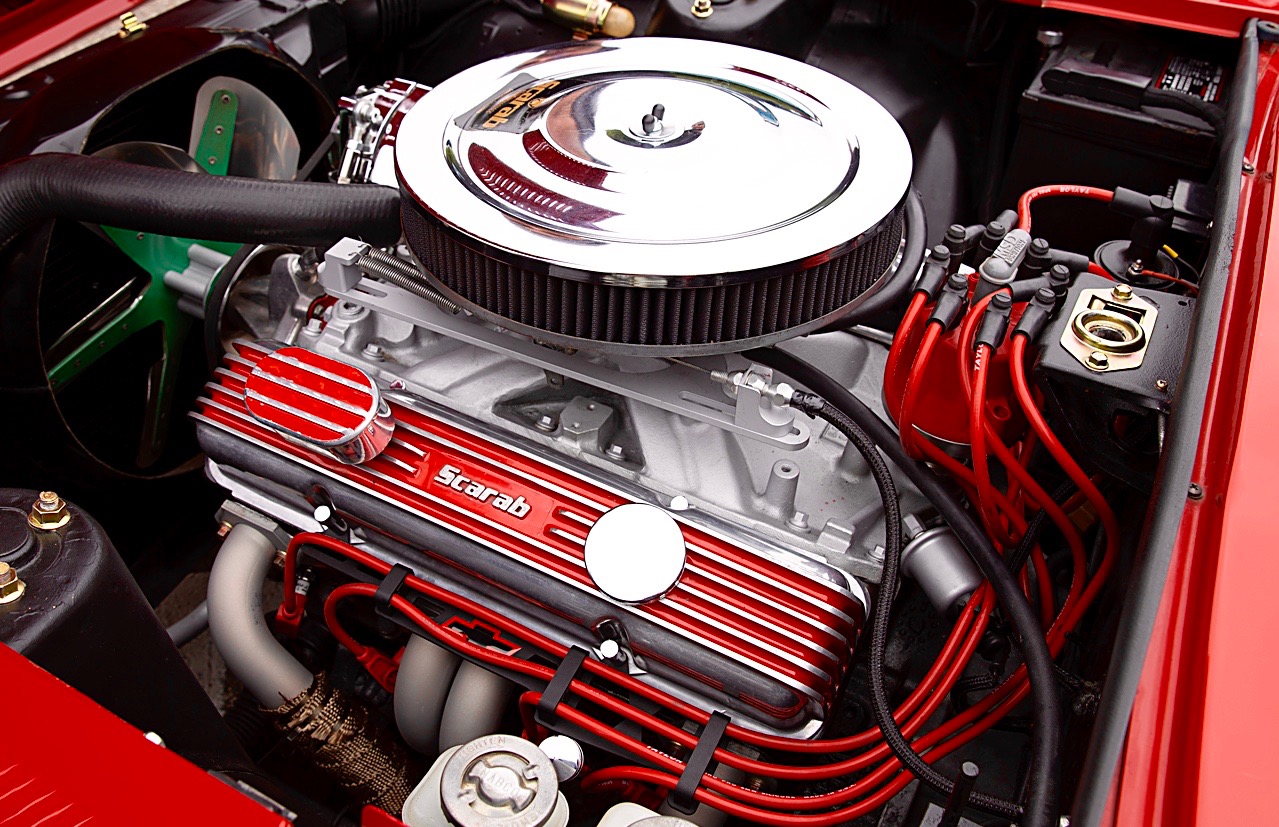 The Pharr’s Scarab features the Stage II engine option – a 350/350 Chevy Bow-Tie block, camel-hump heads and roller-rocker arms. Everything about factory Scarabs was performance-focused – including engine, ignition, transmission, suspension, cooling and brakes. Custom body kits, interiors and paint jobs added to the drool-appeal. The total number of “factory-converted” Scarab Zs is believed to be less than 50; the whereabouts of less than 25 are known. How cool to find this one, sitting ready to impress in Solvang! 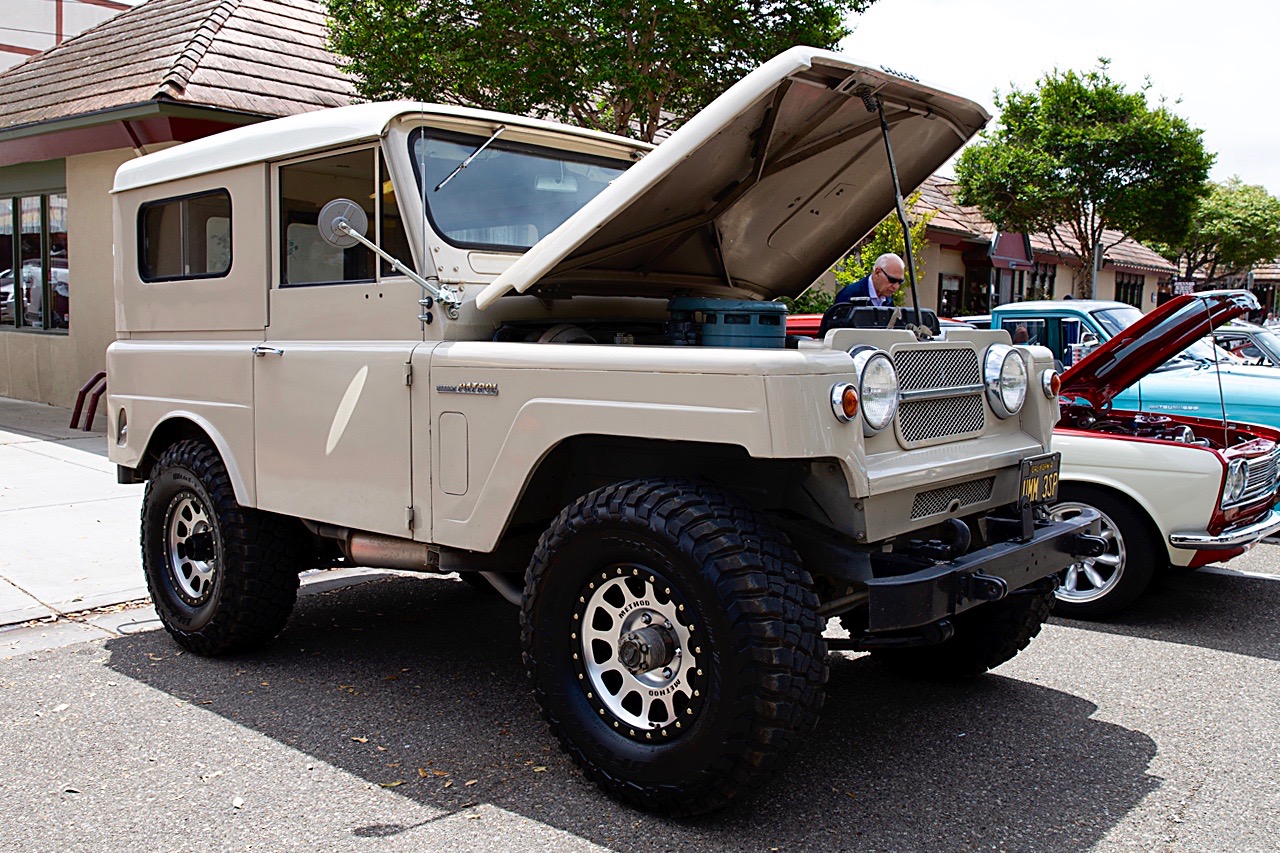 Sure, everyone is looking for a vintage Bronco or Land Cruiser to restore or modify, but don’t overlook the simple and stout appeal of a vintage 4WD JDM classic – like Bryan Kippen’s rare ‘67 Nissan Patrol. 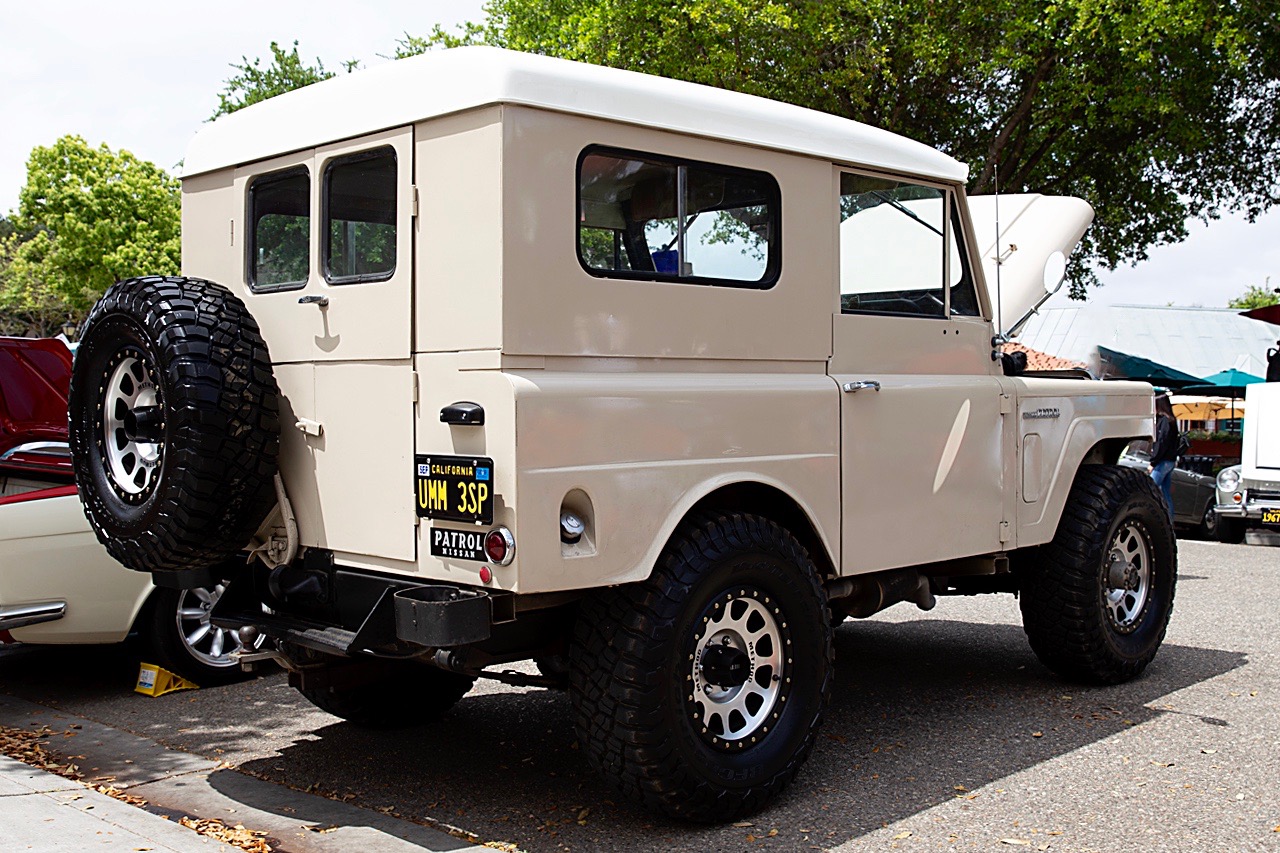 Coming or going, Bryan’s ’67 Nissan Patrol looks perfectly suited for grabbing trophies at car shows or on the plains of Zimbabwe! When first introduced, Roy Rodgers was pictured with his dog and rifle in an advertisement for this underappreciated, boxy SUV. It was initially offered as a competitor to Toyota’s Land Cruiser J40. 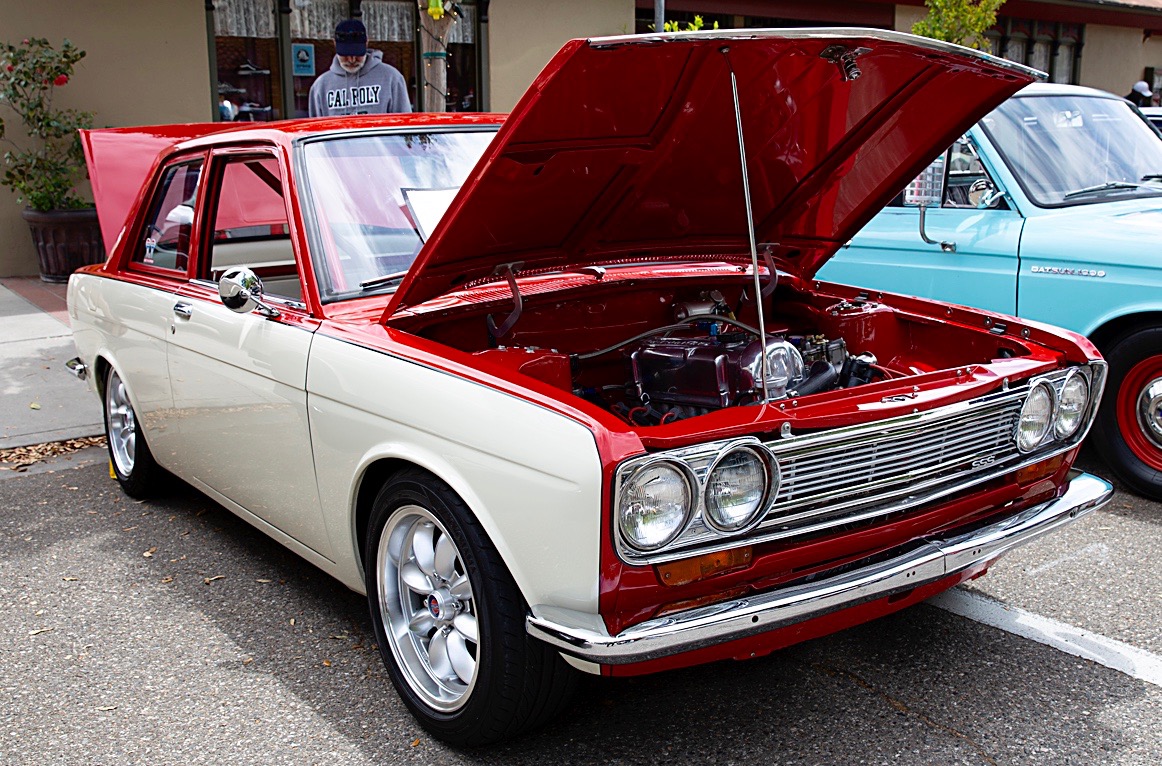 As a Solvang resident I occasionally hear a high-revving engine howl piercing the peaceful serenity of the Santa Ynez Valley. Then, like thunder following lightning, I see Kevin Winn zipping by in his modified ’69 Datsun 510 sedan. It’s red and white and low and fast! 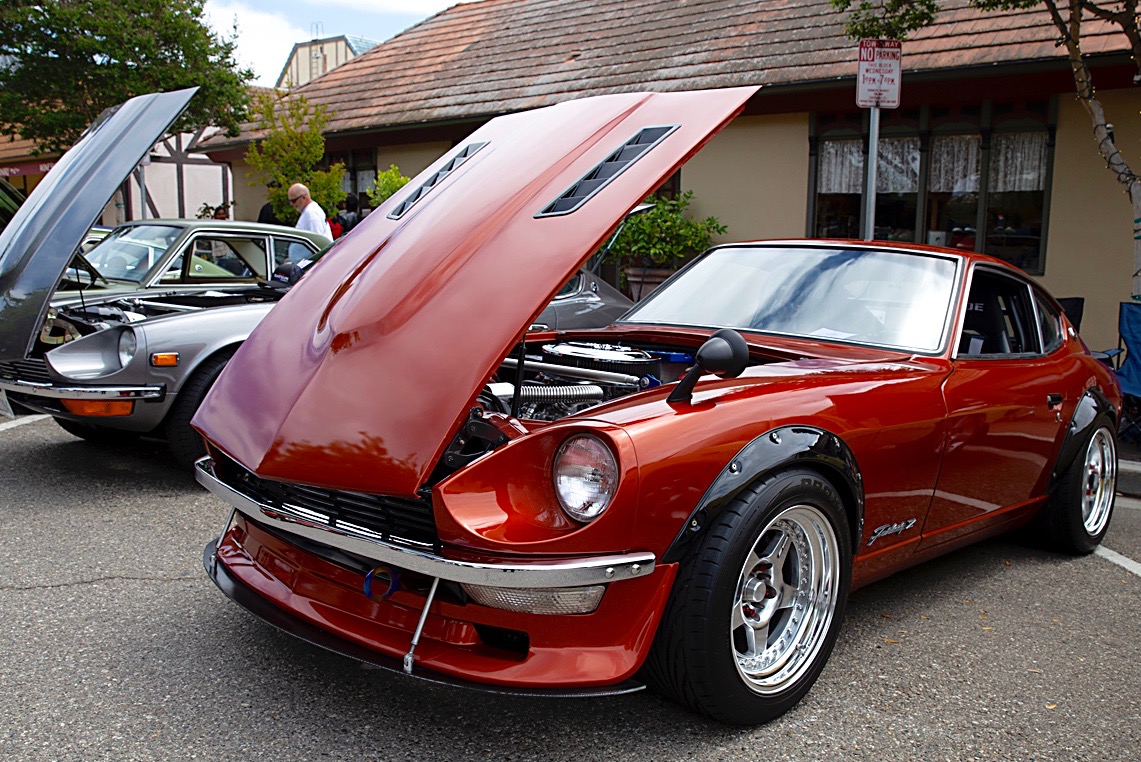 There’s little left to Brandon Montano’s ’74 260Z that could be called stock. Overpowered by a ZZ4 350 V8 married to a T5 transmission, this sleek Z sits on Work Meister CRO1 wheels with Toyo Proxes tires. Putting a stop to all its go are Wilwood brakes with forged Superlite calipers. A four-point roll cage keeps things safe. 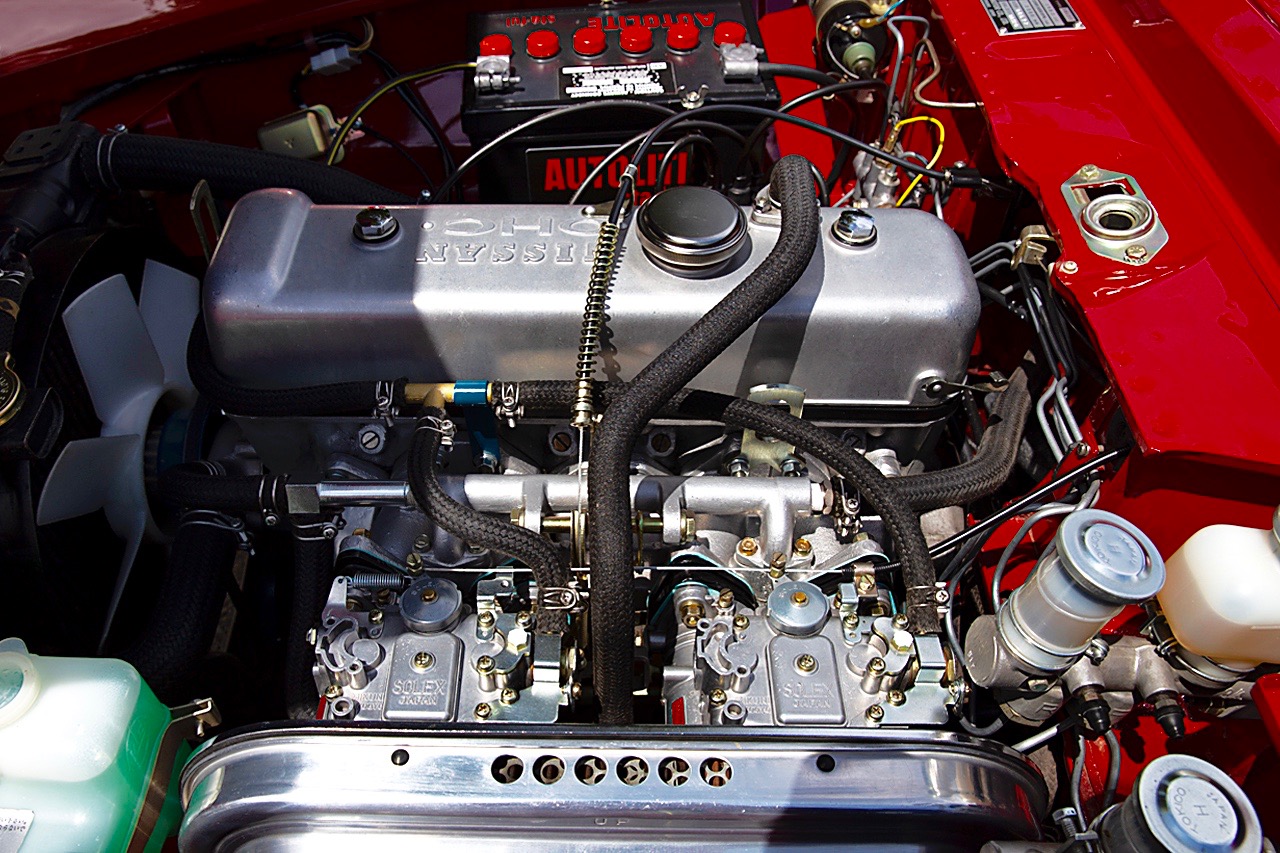 OK, John Baker’s painstakingly restored ’69 Datsun 2000 Roadster took Best of Show and I really should have taken a picture of its exterior – but it was always surrounded by a wall of show attendees. Fortunately, I did get a chance to grab this picture of its pristine motor featuring period correct Solex carbs and braided hoses. Congratulations, John! 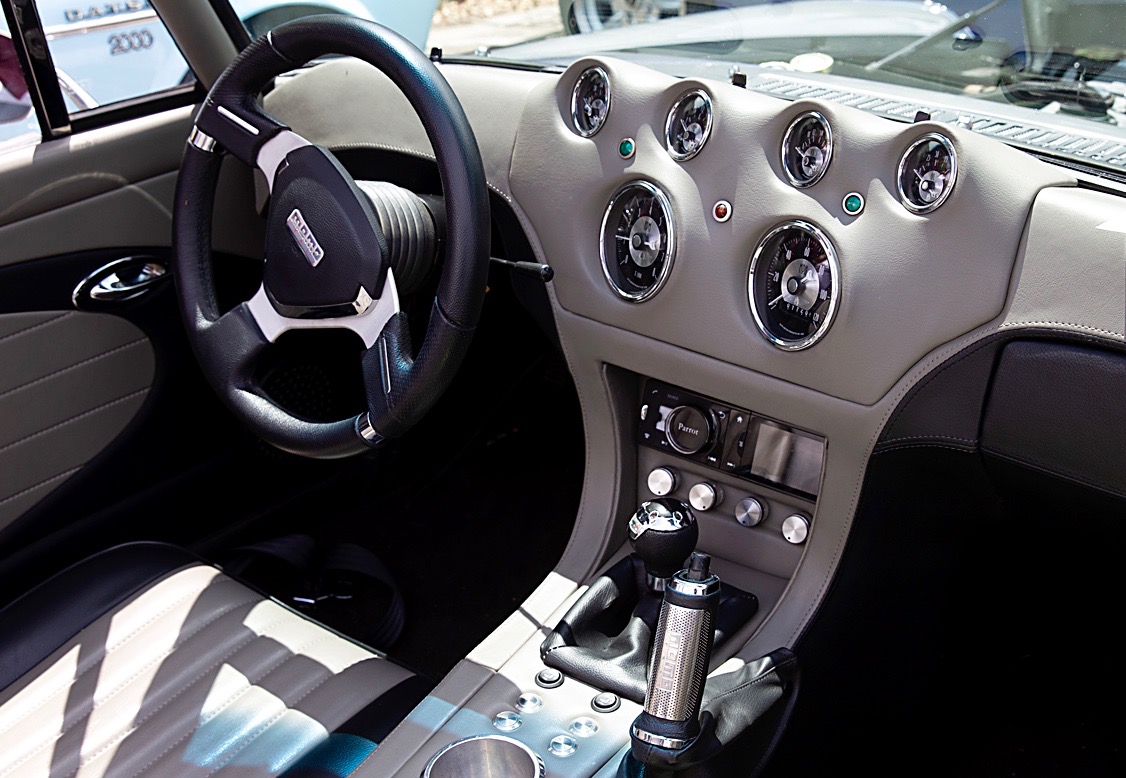 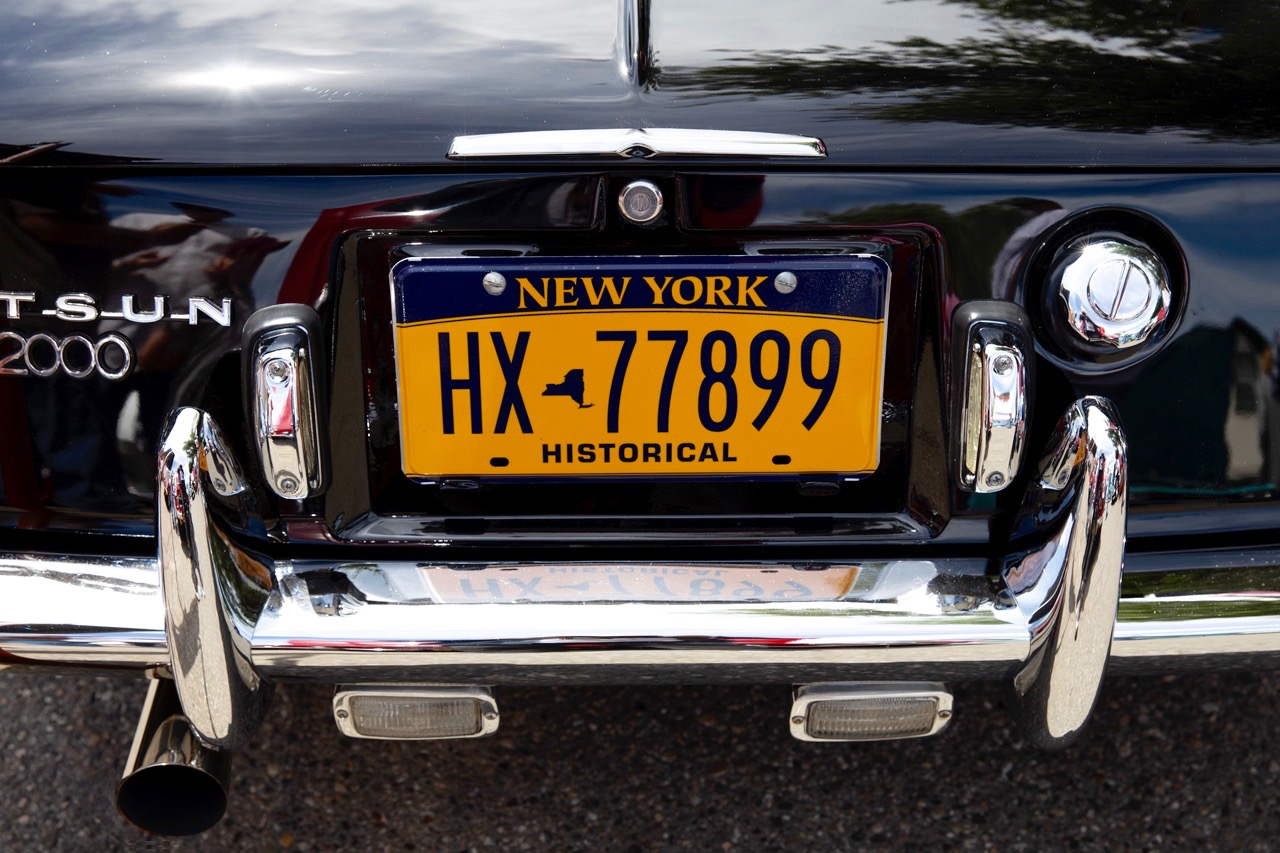 Adrian Christian not only won the respect of fellow show entrants but also the prized “Insanity Award” for bringing his beautiful High Windshield Datsun 2000 all the way from Syracuse, NY. Way to go, Adrian!