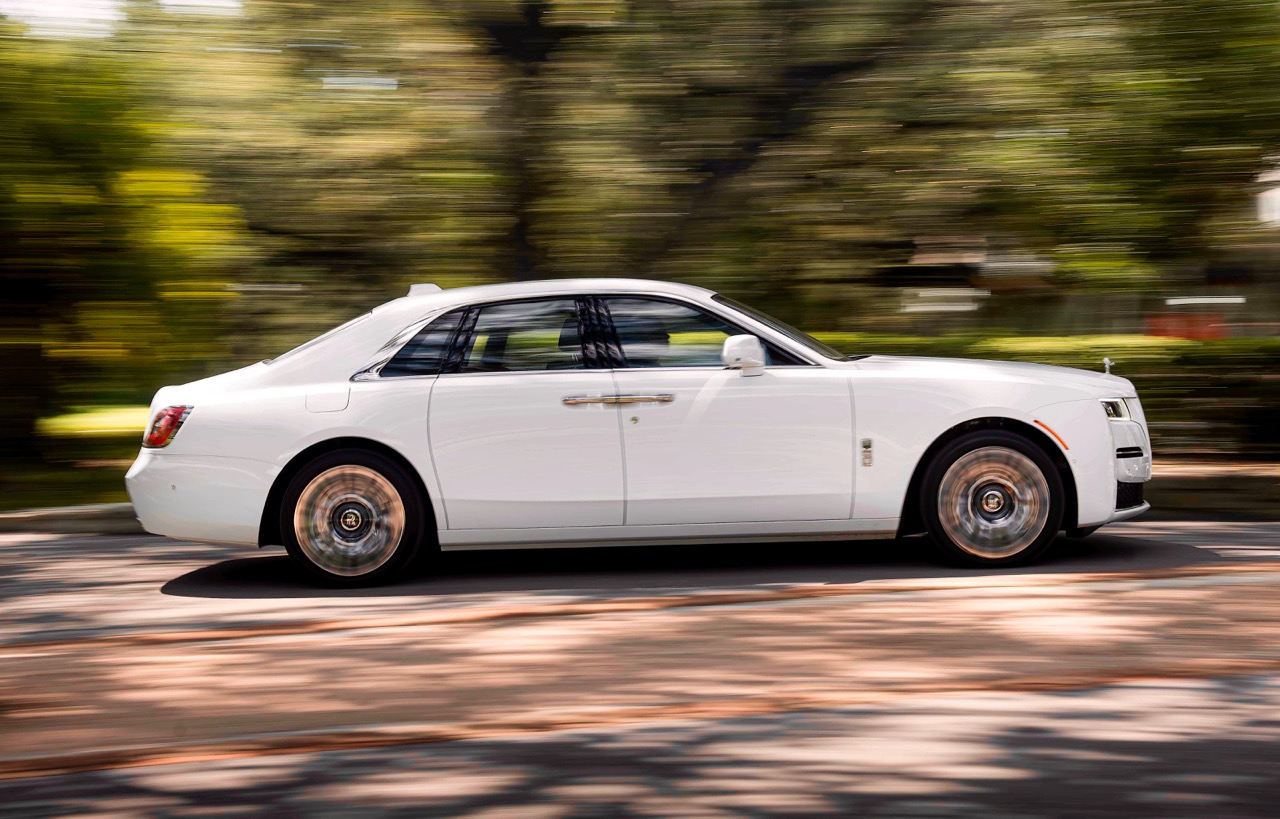 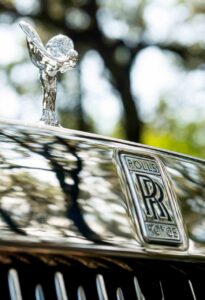 Here, perched oh-so-stately behind the wheel of the all-new ‘21 Rolls-Royce Ghost, it seems minor irritations like blacktop lumps and bumps are gently shoo’d away. To achieve this truly remarkable, magic carpet-like ride, the ghostly British chariot features a new suspension design Rolls calls its Planar Suspension System. What those white-coated engineers have come up with is the world’s first double-damper front suspension. It works on the premise that if the main damper doesn’t totally absorb the shock, there’s a second one to clean-up.

But that’s only part of the magic. Combined with Rolls’ so-called Flagbearer system, the result is nothing less than surreal. Flagbearer involves cameras that scan every inch of the road ahead. When it detects an upcoming surface irregularity, it sends a quick memo to the Planar system and its air suspension, preparing it for the upcoming bump. Spooky, I know. And spookily effective. 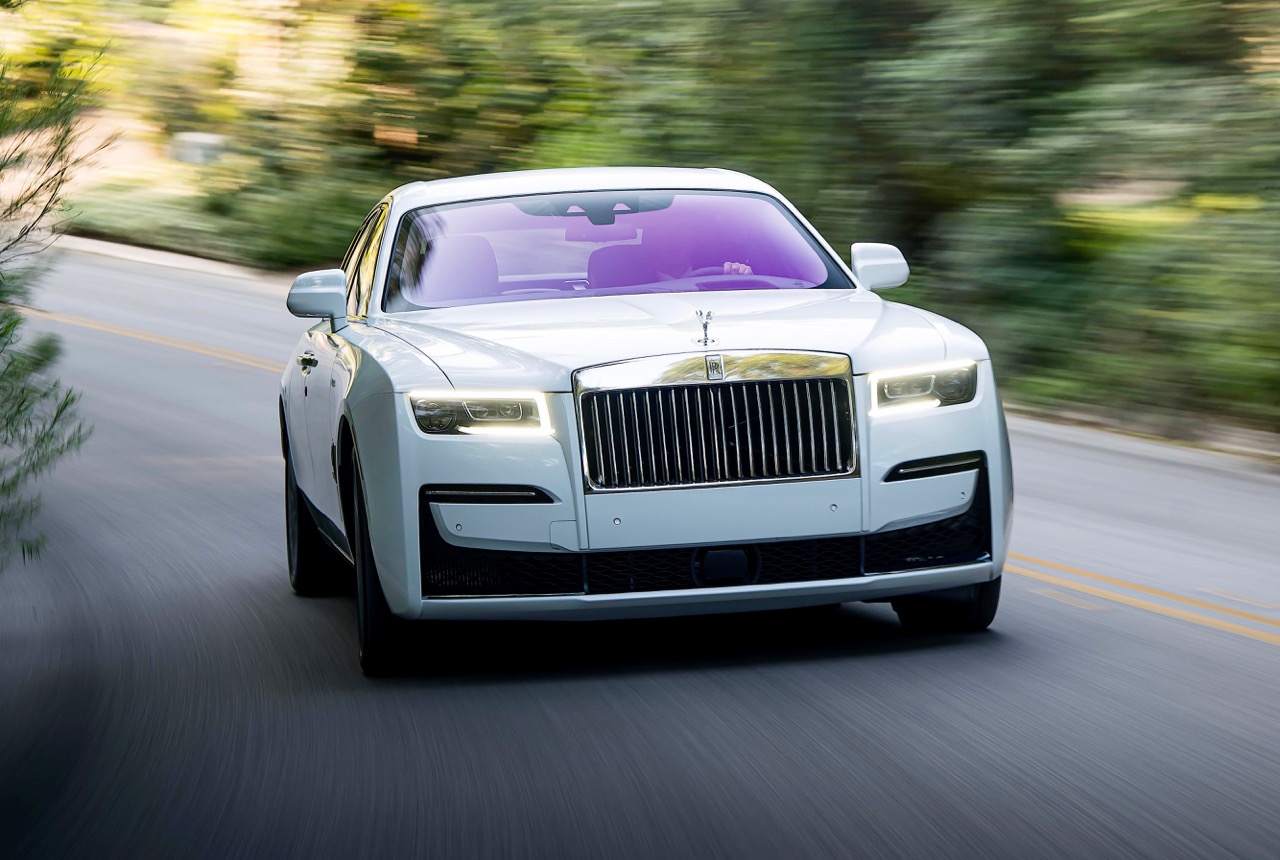 All this hocus-pocus translates to this new $332,000-and-up Ghost being, without doubt, the smoothest-riding luxury car on the planet. Attaching tubs of Jell-O at each corner couldn’t make it ride any smoother. Add to all this, the total sound of silence you get inside. In the same way the new Ghost is the smoothest-riding car in the world, to me it’s by far the quietest. Rolls’ Phantom flagship included. To achieve this rolling whisper required acoustically tuning pretty much every component in the car. From the seat frames, to the trunk space, to the inside of the air-conditioning ducts. That, and slathering-on more than 200 pounds of sound-absorbing material throughout the car. They even lined the inside of the tires and double-glazed the windows! 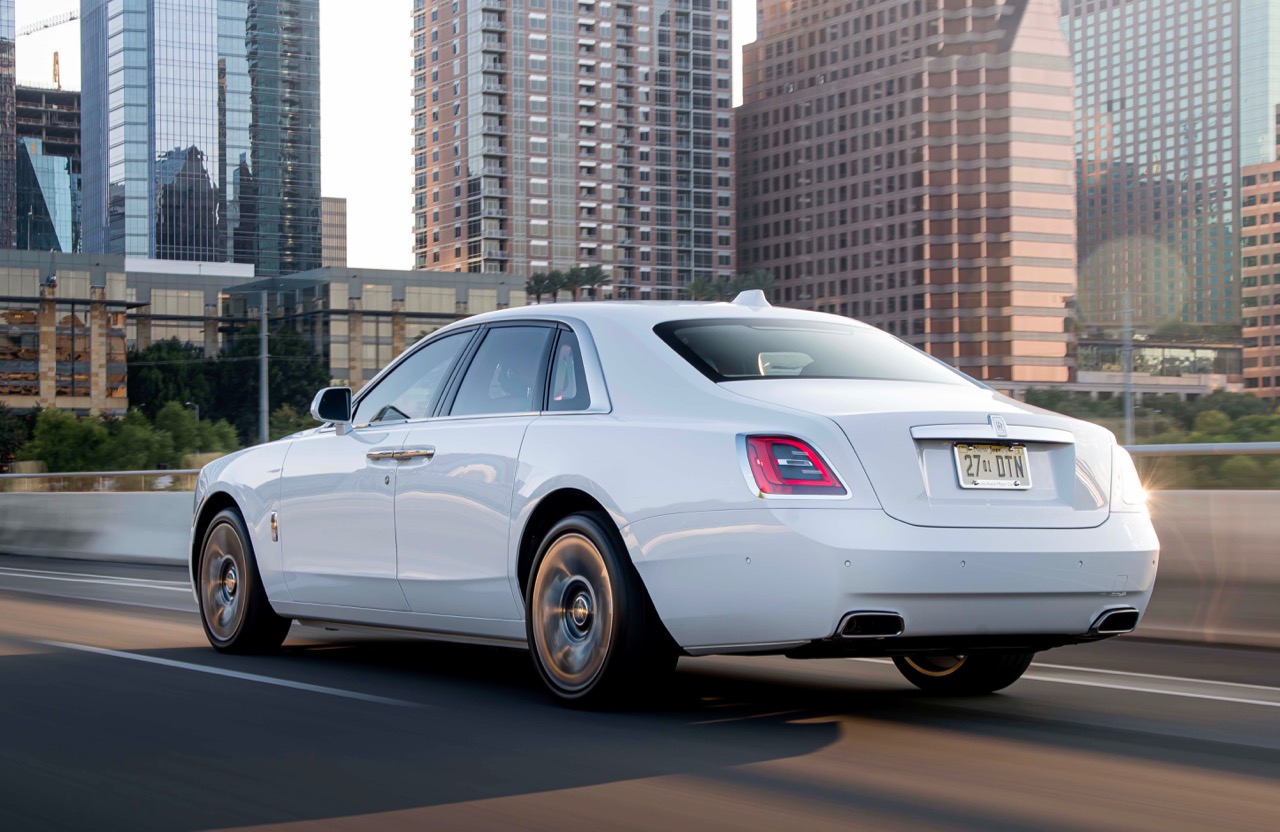 Yet perhaps the biggest change that contributes to making the new Ghost such an absolute joy to drive, is its new, all-aluminum chassis. It’s a development of the so-called “Architecture of Luxury” first used on the mighty Phantom. Previous Ghost models rolled on a modified BMW 7-Series platform, which was never quite up to Rolls-Royce snuff. This new version allows the Ghost to offer, for the first time, four-wheel drive and rear-wheel steering – two major pluses guaranteed to heighten driving pleasure.

Yes, beneath that mile-long hood, the honking 6.75-liter V12 stays essentially unchanged, which is just fine. As before, it cranks out 563 galloping horsey and a locomotive-like 627 pound-feet of torque. And, as before, you don’t really notice it’s there, apart from when you step on the “petrol” and you get a surge of acceleration that feels like a Citation jet on takeoff. Only without the roar.

See this new Roller in the metal, and while that elegant, stately profile may look little changed from the 2009 original, only two components are actually carried over. One is that iconic Flying Lady; the other is the trademark door-mounted “brolly”. Everything else is new and improved, and designed to be less ornate, less fussy. Just gaze at the lines of the new body, which are smoother, with fewer creases, fewer body panel joins.

Ghost aficionados will also notice the new-look grille, which is even more distinctive than before and, for the first time, features some very cool down lighting. Twenty LEDs set on the underside of that Pantheon grille ever-so-subtly illuminate the stainless steel blades, giving the car a unique night-time lighting signature. I love it. 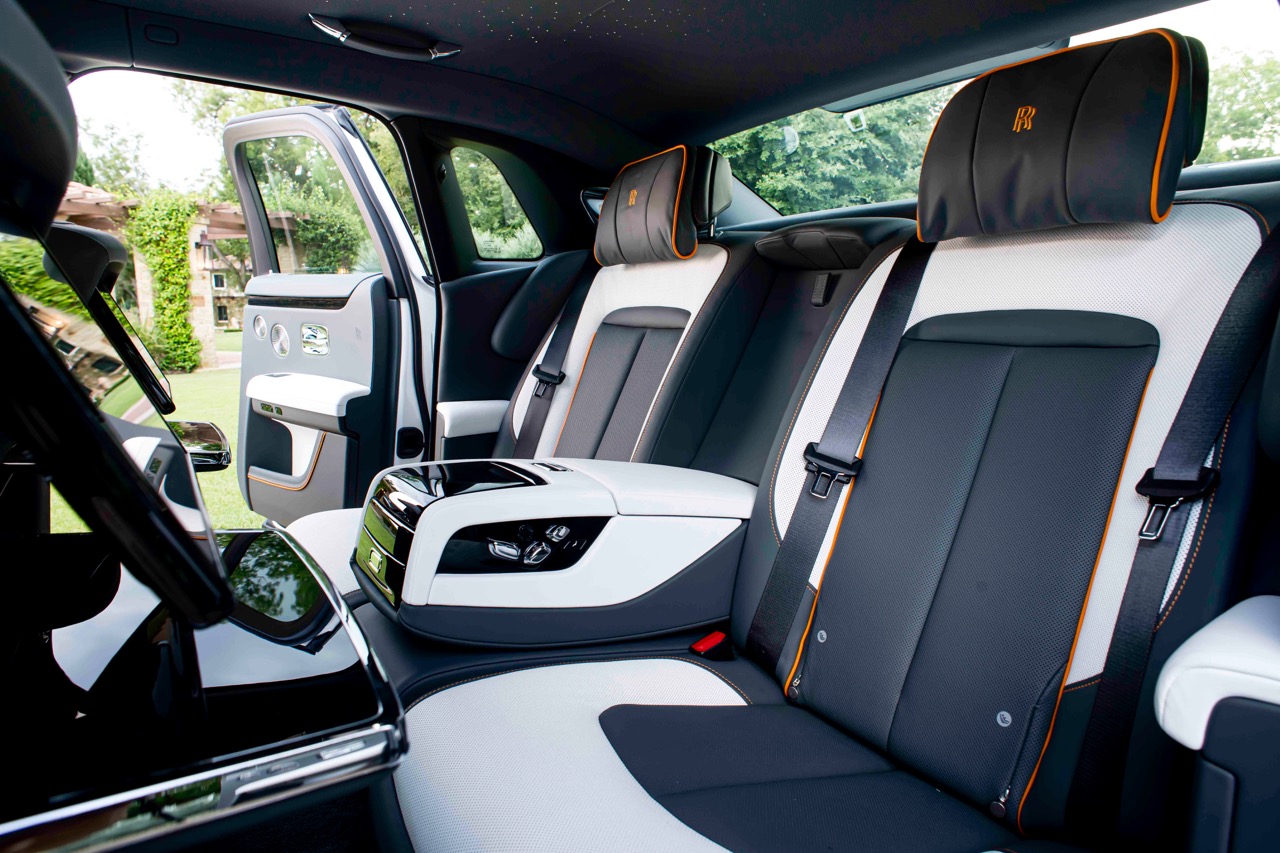 Swing open one of those bank-vault-like doors and you’ll see the interior has beautifully evolved. In keeping with the growing trend of less-is-more, everything from the stitching, to the wood finishes, to the leather paneling on the seats, is just a little less fussy. What hasn’t changed is the hedonistic amount of space inside this cocoon of luxury. Sit back, stretch out, and let this Flying Lady take you on a flight over land. Trust me, you won’t feel any bumps!