The PVGP brings together classic, exotic, concours and racing enthusiasts for the 35th year. And it just keeps on getting better. 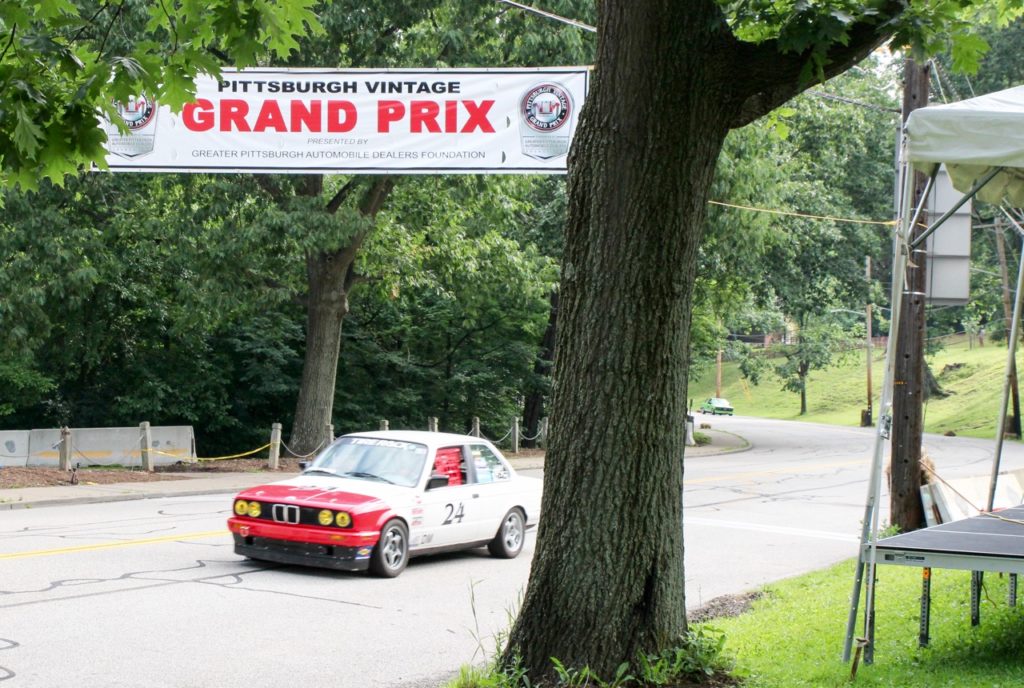 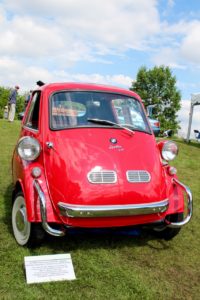 Now in its 35th year, there are many reasons to celebrate at PVGP. This premier event offers rare opportunities to spectate/race a challenging course on city streets and feast on displays of sports, classic and exotic cars. Raymond Peterson, Group 5, above, crosses the finish line in his 1985 BMW 325i. Plus there are significant donations made to the Autism Society of Pittsburgh. All the classes from Pre-War to over-two-liter Sports Cars  battle the same granite curbs, off-camber turns, dappled sun/shade and the timing clock with different results. An restored Isetta 300 microcar, left, belonging to Michael McCloskey, was in the BMW area. 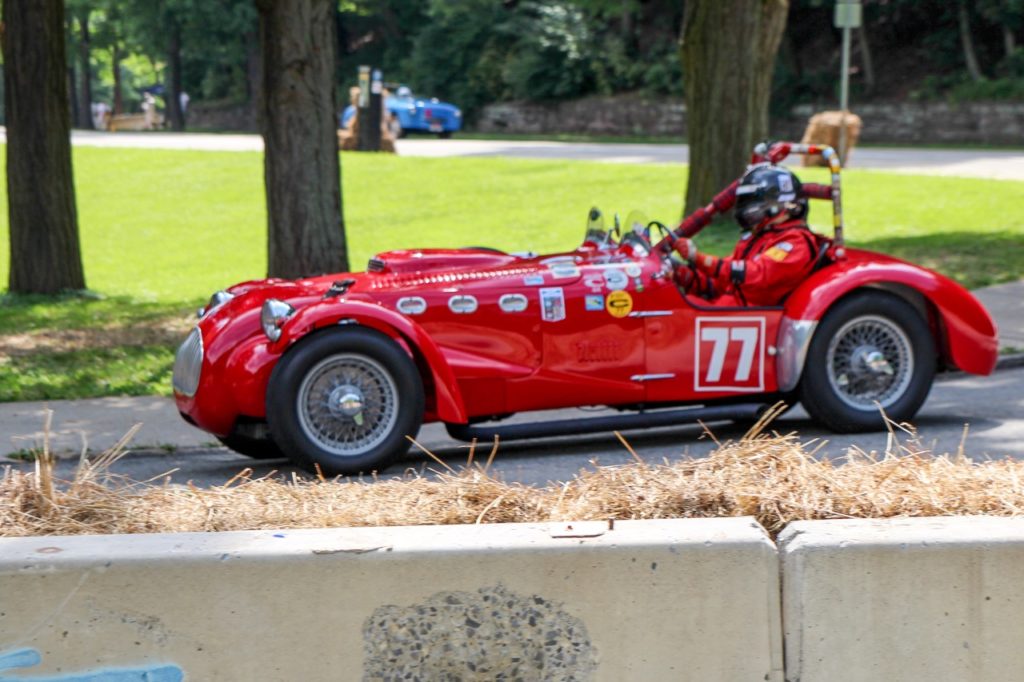 In the midst of growth and celebration it was a shock to hear of founder and racer Alan Patterson’s passing away in June. It was in his garage that the early plans for the PVGP were first discussed. He raced last year in several classes, including Over-Two-Liters in his favorite #77 Allard J2X. His family and relatives also racers, continued the Patterson racing tradition. The red ’52 Allard was driven by Allan Patterson last year, and now by his son Allan Patterson III, above, in his late father’s memory. 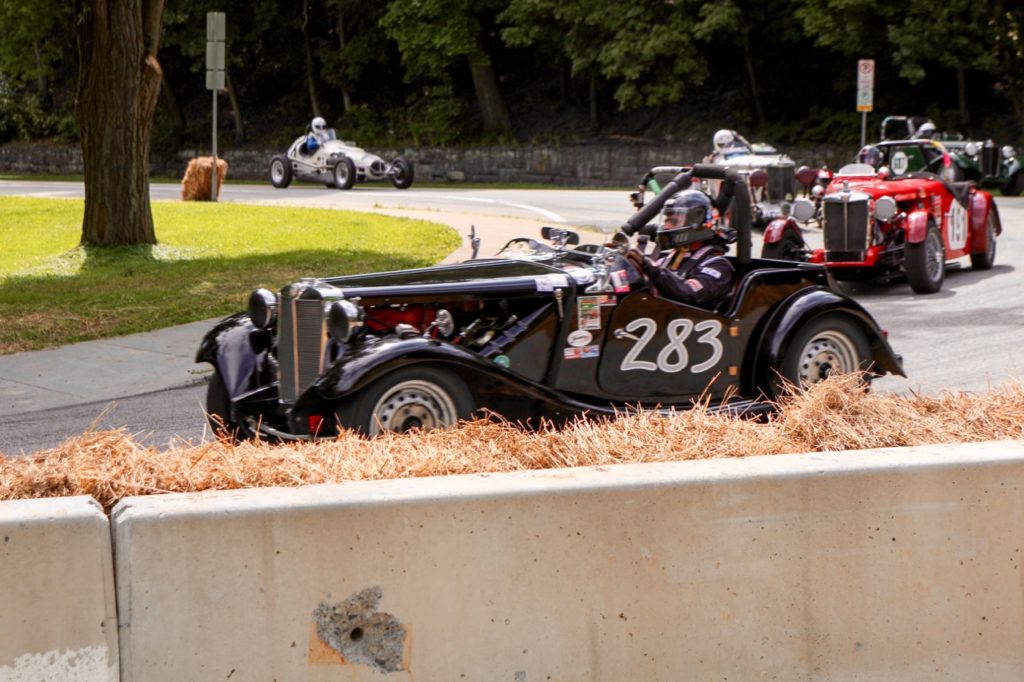 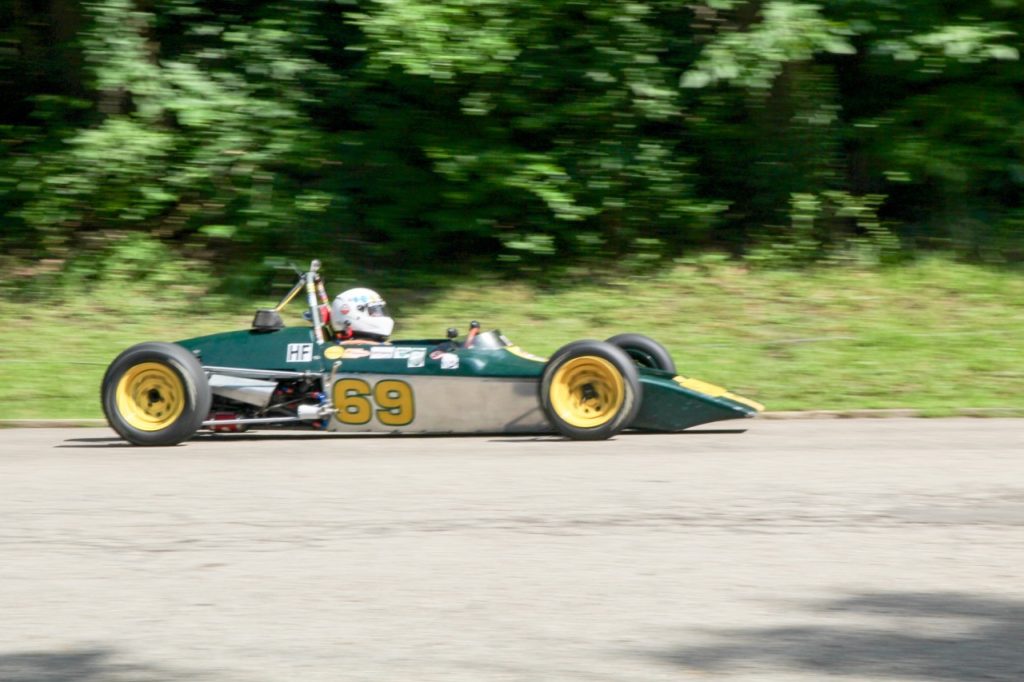 In Group 1 (MG-T/Pre-War/Preservation Production under one-liter) the battle heats up as as Kurt Byrnes, top, driving his ’51 MG-TD #283 gets to the corner first. Christian Morici won first place last year in Group 7. Here he takes a practice lap in his ’71 Lotus 69 FF, above. Jim Dolan driving his ’72 Triumph GT6, below, is warned of an upcoming stalled car at turn 14. 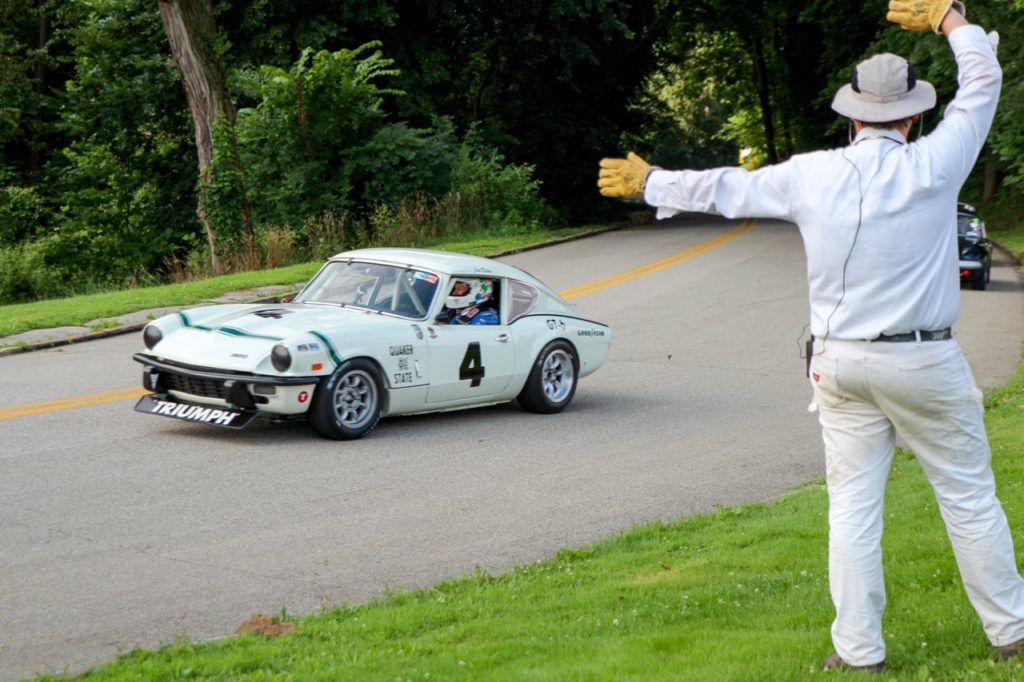 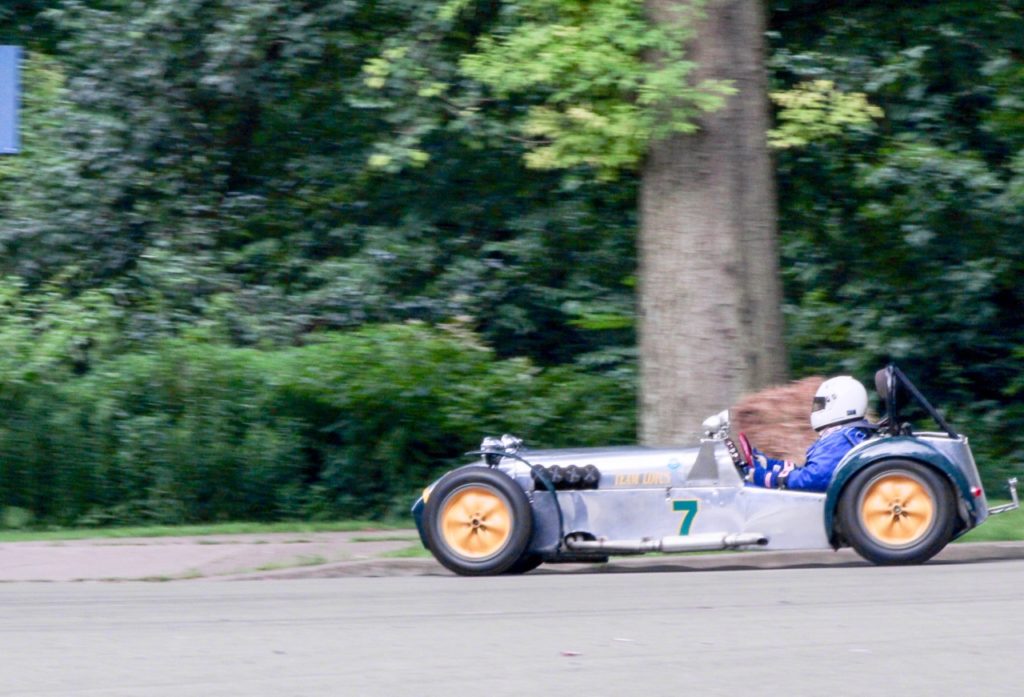 Hay bale flies by as Christopher Morici takes a practice lap in his Group 6 ’58 Lotus 7. 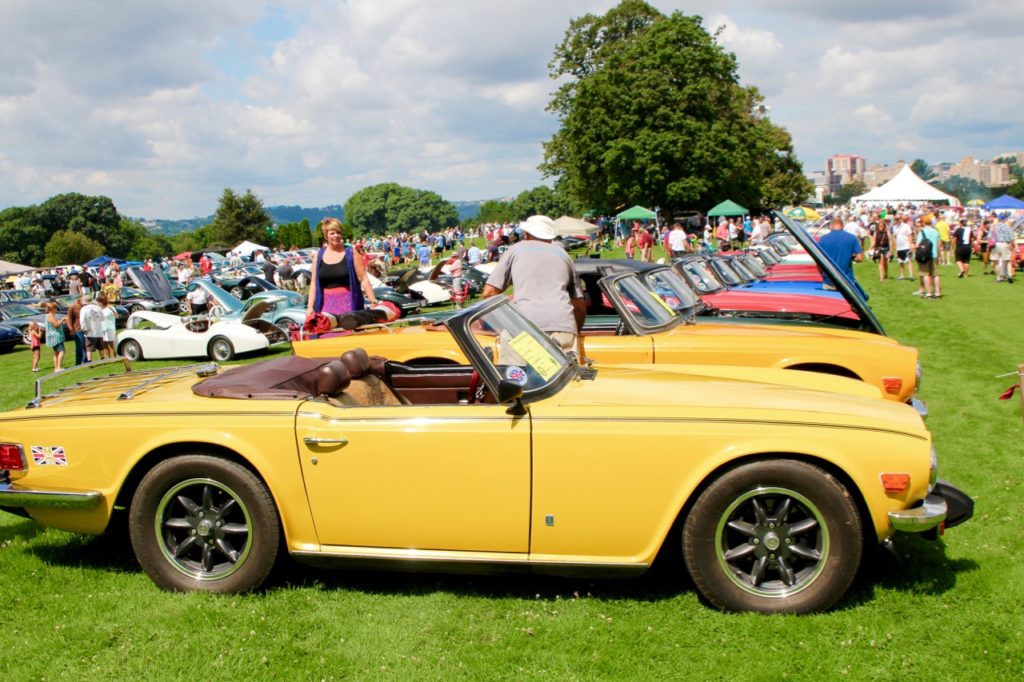 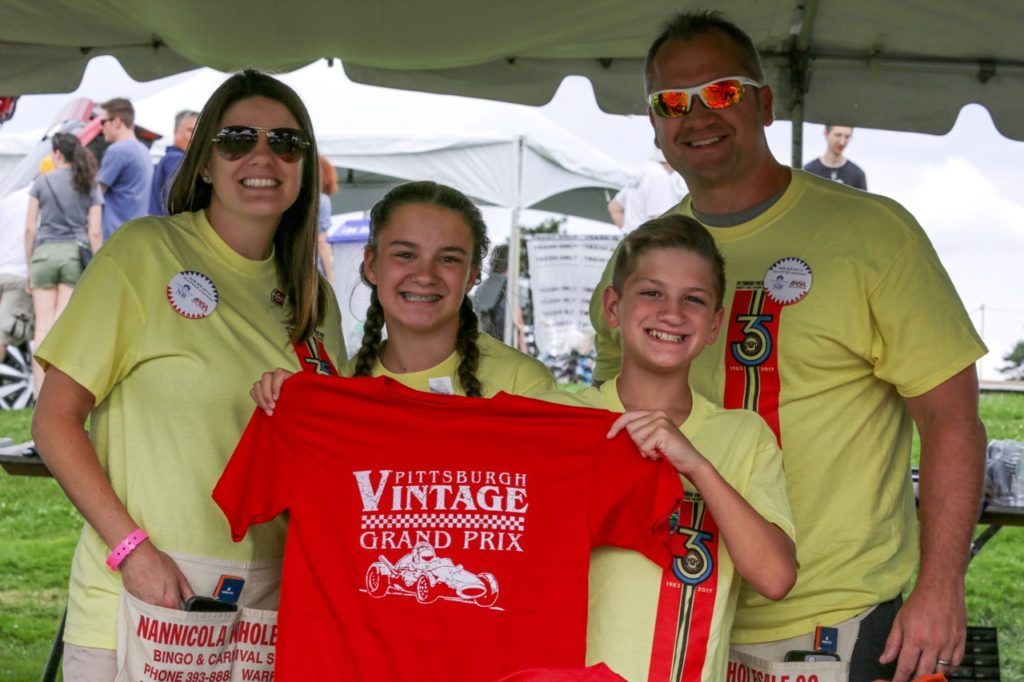 The unparalleled Saturday car show is set against the backdrop of racecars qualifying most of Saturday. Sunday, however, is when the show takes a back seat and the Vintage Grand Prix roars to life. Local car clubs organize pre-event drives and on-site food/beverage and obligatory T-shirt concessions.