Skip to content
‘The true essence of auto racing is making yourself look as good as possible under the circumstances no matter where you finish, even if your last race had all the success of the Titanic but with fewer survivors,” blogs Stephen Cox. 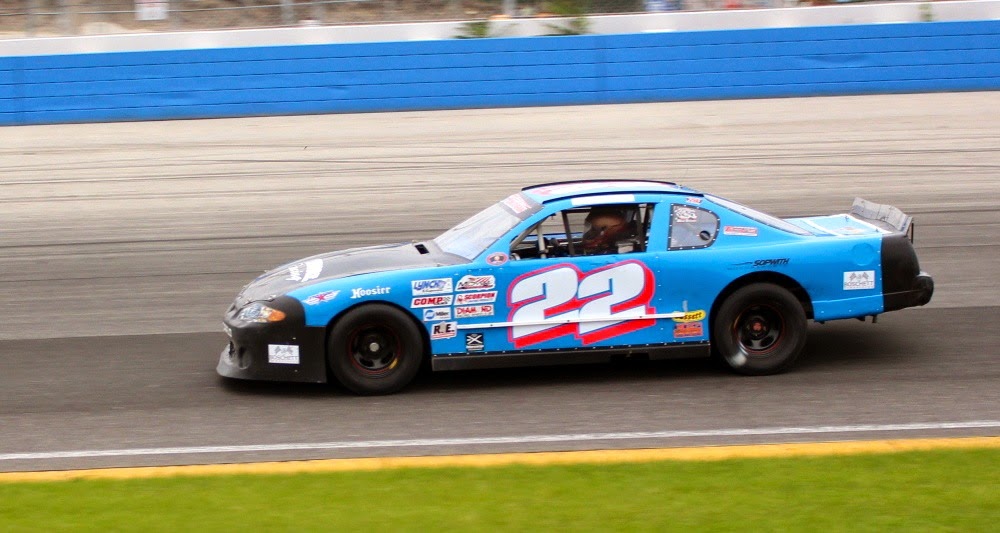 Before you consider that a joke, please reflect briefly on the career of Danica Patrick.

I will begin by pointing out the well documented fact that auto racing’s first legendary driver, Barney Oldfield, set a world speed record at the Milwaukee Mile in 1905 and I beat his time by a wide margin at the same track last weekend. Nevertheless, Barney gets all the glory because he did it first, which in my opinion is objectionable because it reduces success to a matter of dates. No matter. I still beat Barney even if he never knew it!

And I managed this spectacular feat despite the fact that the rear deck on my car collapsed during qualifying. The Boschett Timepieces/Impact Racing #22 lost grip badly in time trials and I immediately returned to the pits in search of a marginally plausible justification. 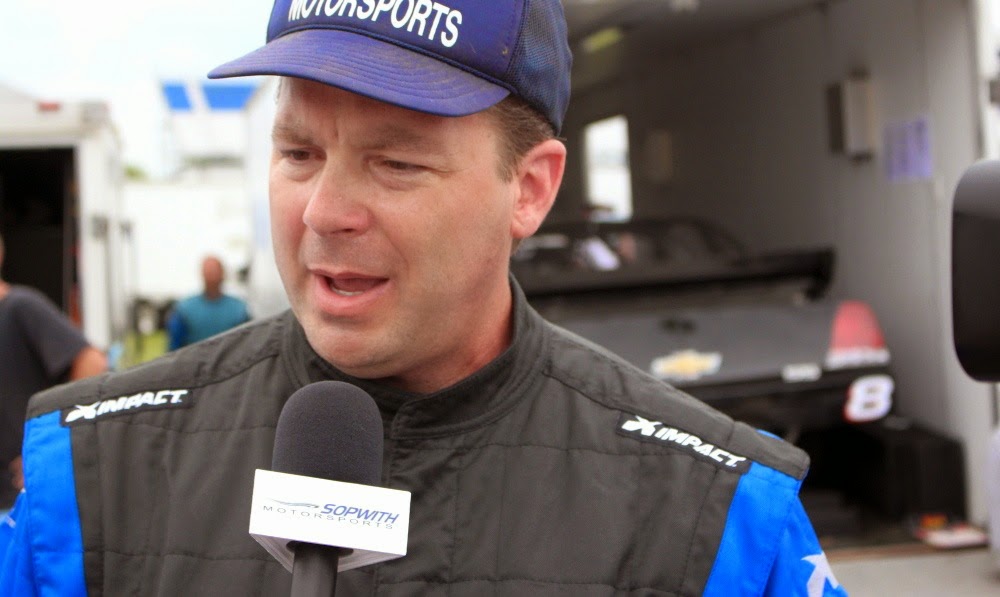 I found one. There was a large hole in the rear of my car. I was reasonably certain that it wasn’t there before. It seems that the air flow over the car at 140 mph was sufficient to crush the trunk lid of my car, pressing it down onto the fuel cell and spoiling the car’s aerodynamics.
So there. Even Danica can’t drive without rear downforce. I use my cell phone to photographically document my alibi.

However, my teammate, Jeremy Spoonmore, apparently hates me. He did me no favors whatsoever by qualifying Third in an identically-prepared car. Thank you so freaking much!
Now people will think that he is a better driver. He is a better driver, of course. I just don’t
want people to think it. I am tempted to punch Jeremy in the nose, but I can’t.
I need him later for advice.

The Howie Lettow Memorial at the Milwaukee Mile began on Saturday with me somewhere over the western horizon in 26th position. Manufacturing this into a positive after the fact will be a challenge that better men have failed. I must think. 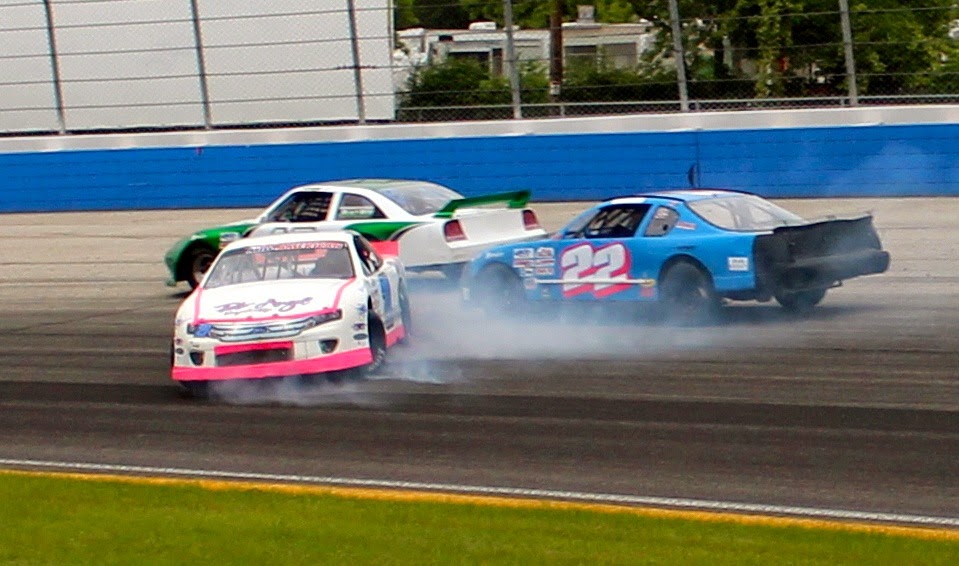 Dusty Krebs and his white #80 is right in front of me. I think I can pass him, thus mildly bettering my post-race propaganda campaign. My spotter, Claire, keeps interuppting my thought process by advising me over the radio to save my right rear tire.

WWBOD? (What Would Barney Oldfield Do). Well, duh. Barney would make the pass. That’s why he’s Barney Oldfield. So I dirt track my car out of the corner and passed Dusty.

Aha. A positive. My story just got better. Weird thing, though. The windshield of my car is pressing backward against the supports, and the rear of the roof is collapsing by about six inches at the end of every straightaway. The body on this car is old and tired. No big deal on the short tracks, but it really doesn’t like 140 miles per hour on The Mile.

Scott Dunning is always fast in the red #132. His engine started smoking and he pulled into the pits. Too bad. He’s a good guy and that was a borrowed engine. But racing is a selfish sport
and I’m looking better by the lap. 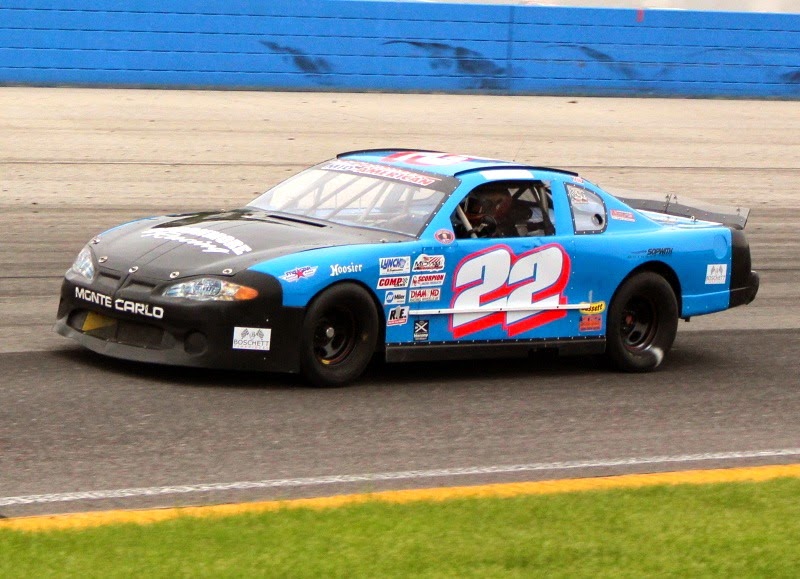 In defiance of my pitiful practice times, I actually began passing cars. Not many, mind you. But every five laps or so we’d put another one behind us. At least I’m consistent. Fellow Hoosier
Tim Fulford is next in his white #21.

Turns out I had more motor than Tim on the straightaways, but he can drive deeper into Turn 1 than I can. Okee dokee. Everybody’s cards are on the table. Tim doesn’t give up easily. We run side by side for three laps before he hits the marbles, slides sideways and I take the position.

Something smells. Hey, it’s Saturday. Lots of people barbecue on Saturday, right? Somebody must have burned the bratwurst. Wrong. It’s my right rear tire. The one Claire told me to save. WWBOD? Avoid the subject on the radio and keep passing people.

Thankfully, it wasn’t just me. Kenny Joosten had also cooked the tires medium rare on his beautiful green #47, allowing me to pass him on the last lap. Or maybe he just felt sorry for me.

In the final analysis I advanced from 26th to 18th in the field. That’s eight positions. That’s really good, right? Of course it is. That’s my story and I’m sticking to it.

I’ve been repeating it to myself since Saturday. I expect to believe it by Tuesday!