Skip to content
Even if we didn’t love cars, the spit-roasted pig was well worth the drive from Manhattan to the Red Hook section of Brooklyn. The Porsche show of force really made the day. 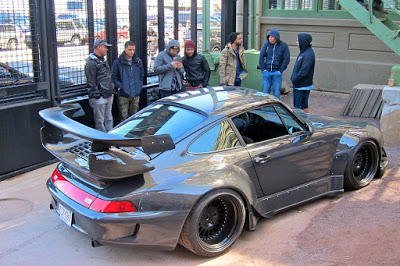 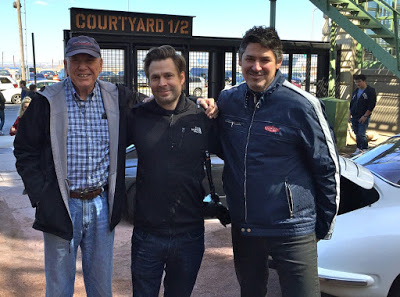 An example of Akira Nakai’s Porsche 911 magic, top. Above, THE DRIVE‘s Mike Guy with Schorr, senior and junior,  bookends.

Mike Guy, Editor-in-Chief of Time-Life’s new way-cool automotive website, THE DRIVE, hosted legendary Porsche tuner/coachbuilder, Akira Nakai and the conversion of a 911 into a wide-body RWB (RAUH-Welt-BEGRIFF) Supercar at their well-stocked in-house shop. He also extended an invitation to the Sarasota Café Racers and Jaguar Land Rover to join staffers and friends to watch the build. Since Nakai had flown in from Japan and Guy sweetened up the invite by adding a pig roast to the bill of fare, my son Stuart (VP Communications, Jaguar Land Rover) and I (CIO, Sarasota Café Racers) could not resist. 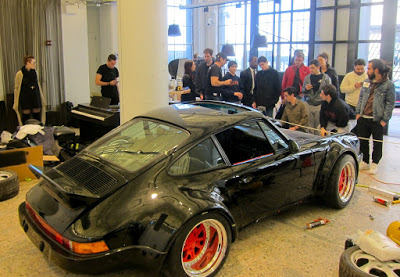 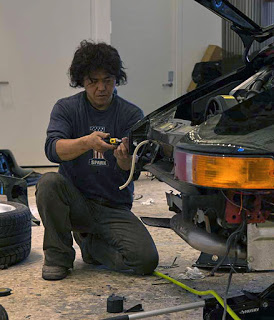 THE DRIVE is part of Time-Life’s portfolio of websites and online venues, and is unique in its field not only for its its creative approach to automotive journalism but also because it has a spacious in-house shop and hands-on car-guy staffers and contributors. Converting a 911 into a wide-body RWB Supercar with real-time video streaming is the first of a long list of upcoming projects. Its modern multi-story office and shop facilities are located in a converted industrial complex in Industry City, Brooklyn, NY.

All it takes is one visit to THE DRIVE to get it. This site delivers daily enthusiast and lifestyle content, often irreverent and never boring, created by hoonigans, hipsters and real carguys who also happen to be talented journalists and editors. Some of the feature writing occasionally brings me back to the golden days of automotive magazines, when David E. Davis, Jr. and Brock Yates at CAR & DRIVER regaled us with their acerbic wit. 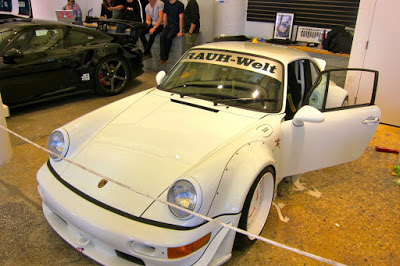 Ultimately responsible for making it all happen is Mike Guy, who launched THE DRIVE  and brings with him serious journalistic cred. He’s an award-winning investigative journalist who has contributed to high-profile lifestyle and automotive magazines – Men’s Journal, New York Magazine, Playboy, Road & Track, Rolling Stone and Vanity Fair – and a former editor at Details and Hemispheres. 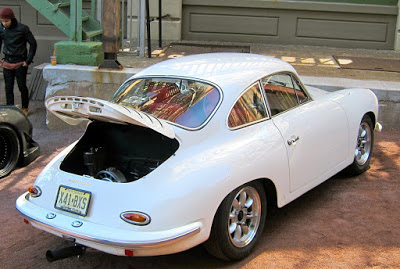 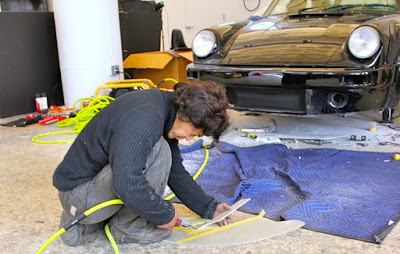 We met him along with some of his writers and editors, including Benjamin Preston, Alex Roy, Mike Spinelli and Lawrence Ulrich, and Eric Danetz, publisher of Time-Life’s flagship business publication, FORTUNE. We also spent time with Andrew Zalasin, whose 911 was being transformed by Akira Nakai, above. Feast your eyes on some of the Porsche eye-candy!

For more information on THE DRIVE and its Akira Nakai Porsche build, please visit: