Converting a 1965-’66 Mustang into a SHELBY GT350: MUSTANG WITH COBRA BITE! may not have been rocket science – but the results were: Sound, fury and the SCCA B/Production National Championship. 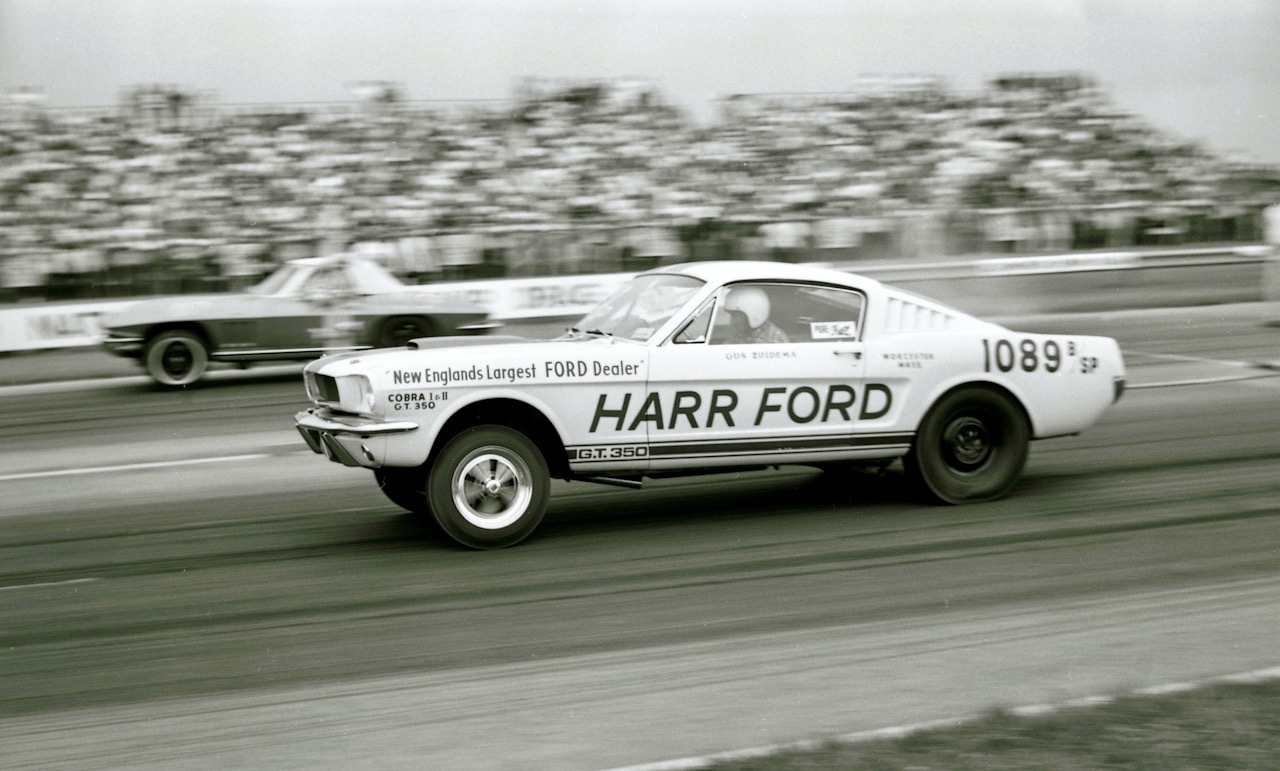 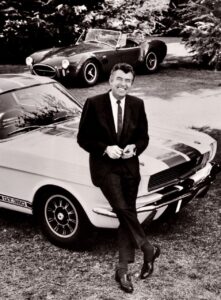 Ford market surveys revealed that a sizeable percentage of young Mustang shoppers who didn’t buy Mustangs, did buy Corvettes and imported sports cars. Marketing manager, Bob Johnson, shared the details with Ray Geddes at Ford Special Vehicles Activity. At the time, there was a small, low-profile group at Ford trying to get SCCA approval for a modified 289/271 Mustang notchback. But they weren’t getting anywhere.

Ray Geddes went to SVA’s Jacque Passino who felt that participating in SCCA road racing was the key to creating an upscale sports car image for the Mustang. “If you want to get a Mustang homologated for Production class racing, it should be built by Carroll Shelby,” said Passino. He had worked with Shelby during the early days of Ford’s involvement in the Cobra program and knew that he had the resources to make it happen. Passino also supported some involvement in drag racing GT350s in NHRA’s B/Sports class. Gus Zuidema at Harr Ford was a top contender in B/SP competition. Lee Iacocca agreed and supported Passino. The results: SHELBY GT350: MUSTANG WITH COBRA BITE!

David Conwill writes about the details and values of the first generation – 1965 –’66 Shelby GT Mustangs in the July issue of Hemmings Motor News. 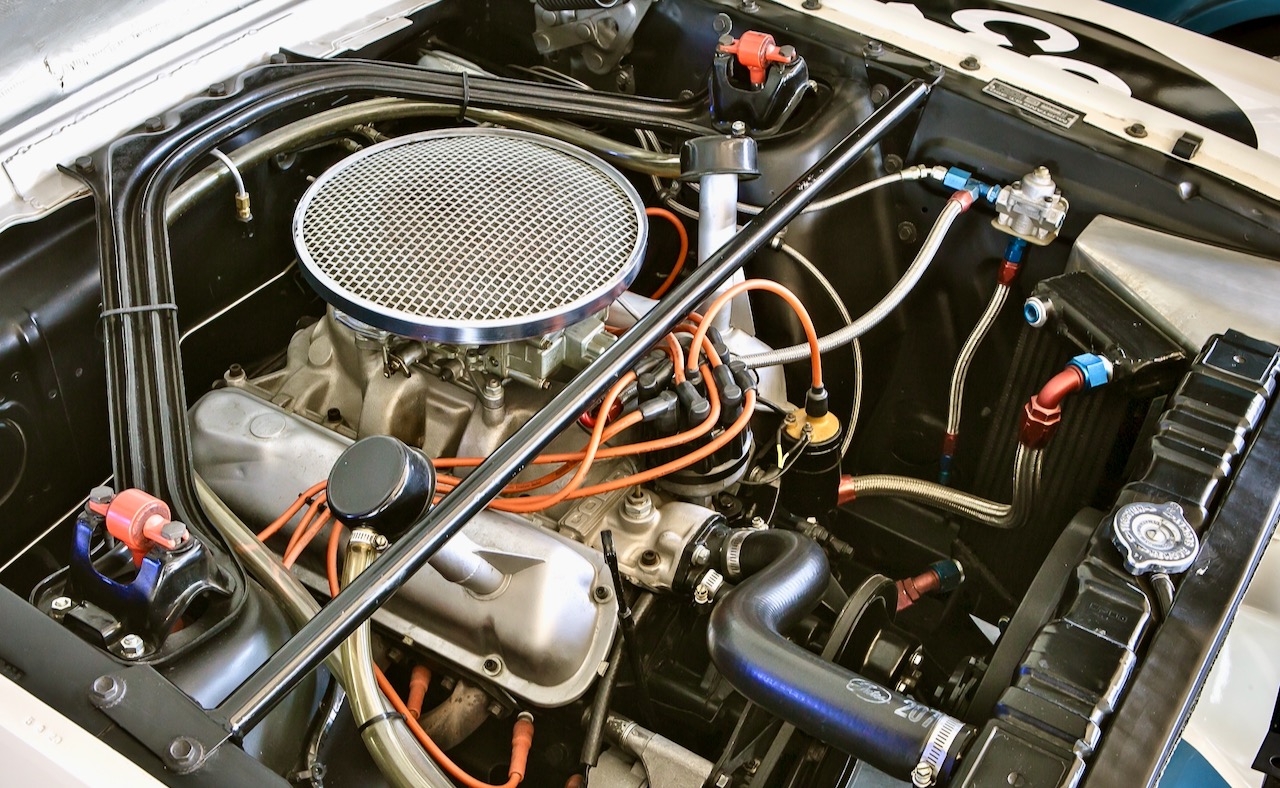 The Ford Mustang had a problem when it was first introduced. Although it was a sales success, performance-oriented consumers couldn’t take it seriously. To them, it was mostly just a slicked-up Falcon and the hottest V-8 engine, the Fairlane-derived 271-horsepower Hi-Po 289, didn’t move the needle when compared with the fire-breathing 427-cubic-inch big-blocks in full-size cars. Ford’s answer was to turn to Carroll Shelby, the ex-racer who had begun importing AC roadsters in 1962, fitting them with 260- and 289 Ford small-block V-8s and unleashing them on the sportscar scene where they proved very effective at humiliating Chevrolet’s Corvette. Shelby’s job was to give the Mustang fastback the Cobra treatment and turn it loose in SCCA racing to build the new pony car’s sporting credentials. 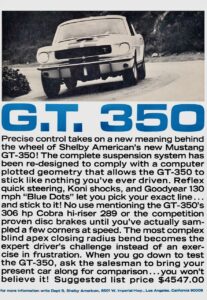 Shelby started with Hi-Po fastbacks and pulled out back seats to comply with SCCA B-Production rules. The 271-horsepower engine was reworked to put out 306 horsepower. Other tweaks included a thicker front anti-sway bar and Koni shocks, faster steering, 15 x 6-inch wheels with low-profile tires, bigger brakes, a Detroit Locker differential, and control-arm relocation and a trunk-mounted battery on the earliest cars. The full-race 350R versions went even further, with 360 horsepower, fender flares to clear wider tires, a hood scoop, plain rear quarter-window panels instead of louvers, a special plexiglass rear window with a slot under the roof for ventilation, and an enlarged front air intake—but any GT350 had the makings of a competition car already.