Skip to content
One of the world’s rarest Cobras, CSX2287, will ‘cross the pond ‘next month for the prestigious Goodwood Revival. 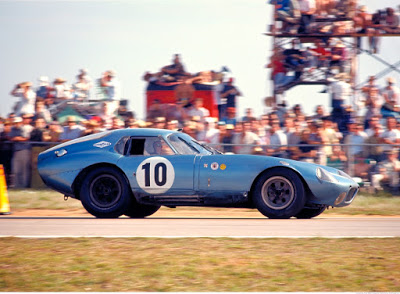 The Simeone Foundation Automotive Museum’s ‘64 Shelby Daytona Coupe will  be featured at the Goodwood Revival from September 11-13 2015. This annual festival is a celebration of historic motor racing which attracts over 150,000 spectators. It features priceless racing cars displayed in historically accurate themed dioramas, with the 50th anniversary of the Daytona Coupe as this year’s theme.

The 2015 Goodwood Revival is the first trip to Europe for CSX2287 since its final race in the 1965 24 Hours of Le Mans. For the first time in many years, it will be reunited with all five other Daytona Coupes. Designed by Peter Brock, it was built in 1964-‘65 by Shelby American Inc. for international competition, in 1965 it became the first American-built car to win the World Championship by defeating the Ferrari team. 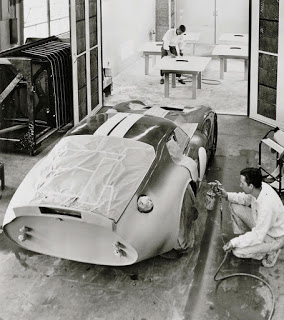 The first or prototype coupe was CSX2287 (the actual second chassis), scratch built at Shelby’s Venice, CA facility with an aluminum body crafted by California Metal Shaping in Los Angeles. It was the first built, first raced, and the only coupe bodied in the U.S. Five other Cobra chassis earmarked for coupe production were shipped to Carrozzeria Grand Sport in Modena, Italy to be bodied.

It competed in 8 races and, at the conclusion of the 1965 season, was retired from competition. It made one final appearance at a Goodyear tire testing session at the Bonneville Salt Flats in November 1965 where it set 25 land speed records.

The car was briefly used on the streets of Hollywood in the late-1960s by music impresario Phil Spector, and then it disappeared for over 30 years. In 2001 the car was rediscovered and joined the collection of Dr. Frederick A. Simeone, and in 2008 it became a centerpiece of Simeone Foundation Automotive Museum in Philadelphia.

In 2014, CSX2287 was the first car named to the Historic Vehicle Association’s National Historic Vehicle Register, thus becoming the first car recognized by the U.S. Department of the Interior under their U.S. Heritage Documentation Standards. It also won the 2014 International Historic Motoring Awards’ “Car of the Year” as voted on by the public, thus becoming the first American car to ever win the award. 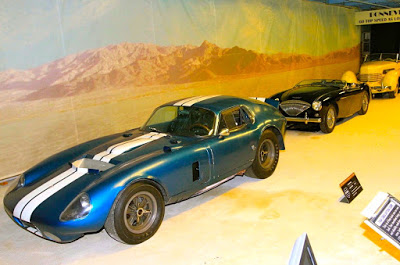 Located in Philadelphia, PA, the Simeone Foundation Automotive Museum is one of the world’s greatest collections of racing sports cars. Through its theme, “The Spirit of Competition”, it celebrates the history and evolution of these magnificent machines. Assembled over 50 years by Dr. Frederick Simeone, the Museum contains over 65 historically significant cars including Ferrari, Alfa Romeo, Bugatti, Mercedes, Jaguar, Bentley, Porsche, Aston Martin, Corvette, Ford and more. The Simeone Foundation Automotive Museum is a registered 501(c)(3) non-profit charitable organization. For more information please visit http://www.simeonemuseum.org