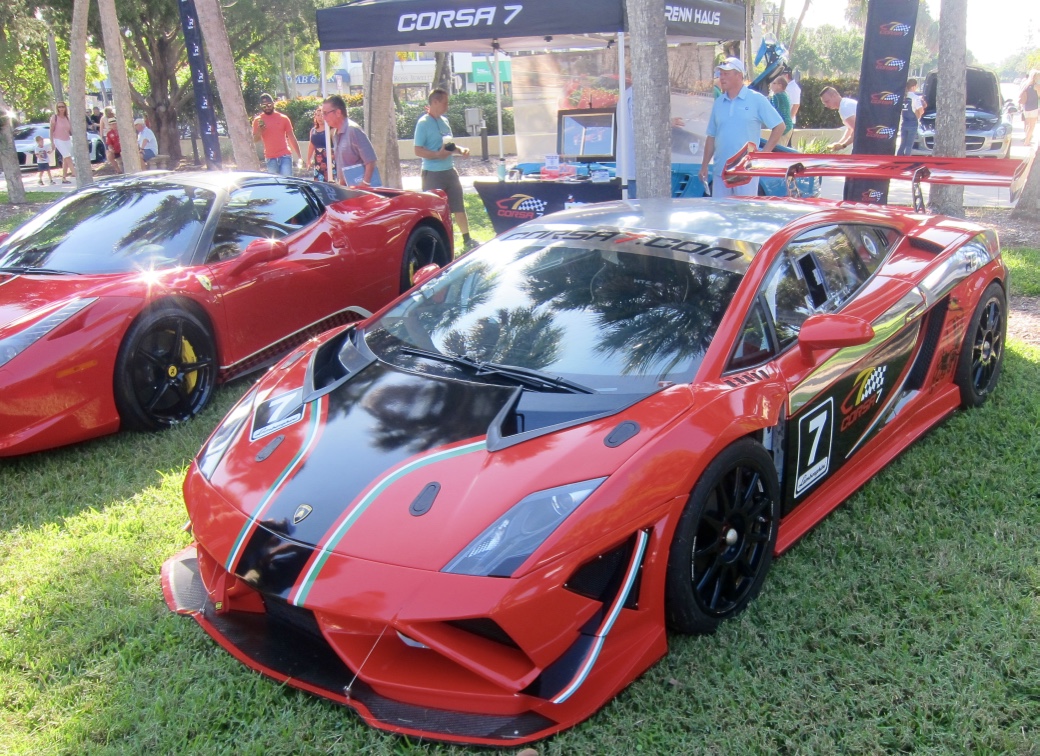 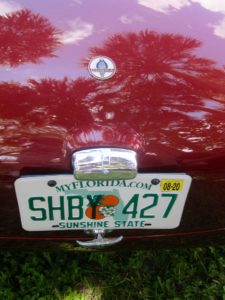 Organized by Jurgen Otto and Joe Brielmann and assisted by a cadre of volunteer enthusiasts many, like Otto and Brielmann, members of the international car guy lunch group, Sarasota Café Racers. While the event yesterday, SARASOTA, FL: SUNSHINE & SUPERCARS! one of two Exotic Car Festivals produced by the team, primarily focused on the “usual suspects” – modern ultra-high-performance sports and GT cars from Aston Martin, Ferrari, Lamborghini, McLaren and Porsche – it is a very inclusive showcase for antique and vintage American cars and many marques and models rarely seen on local roadways. 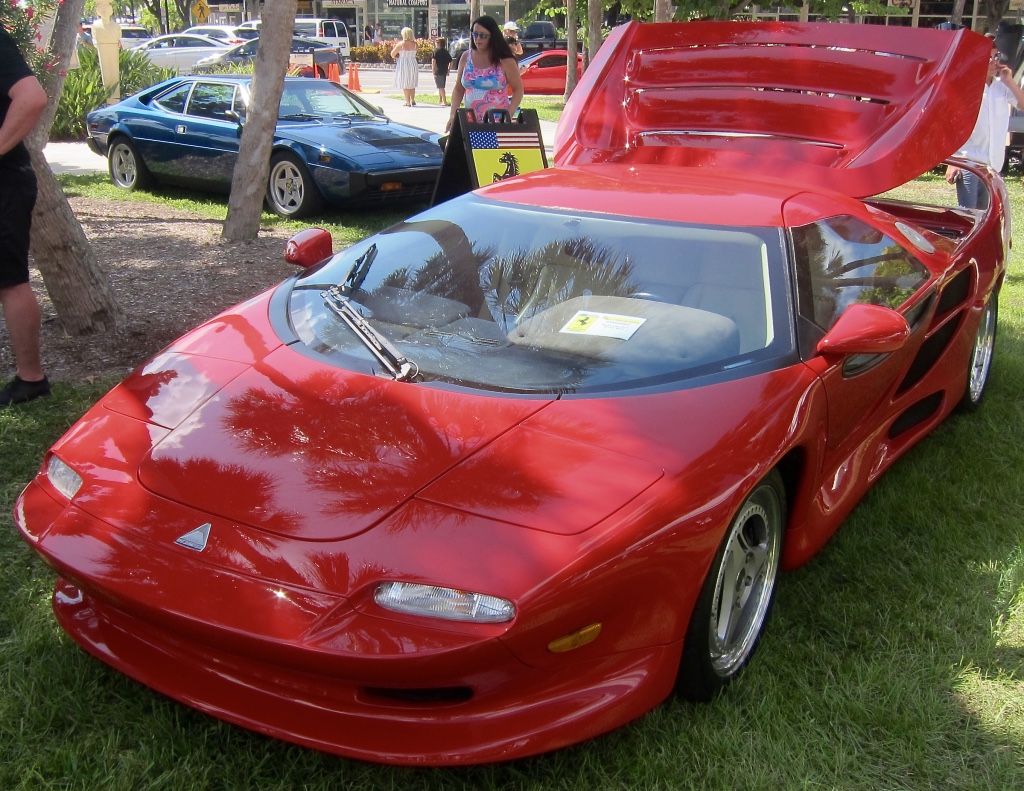 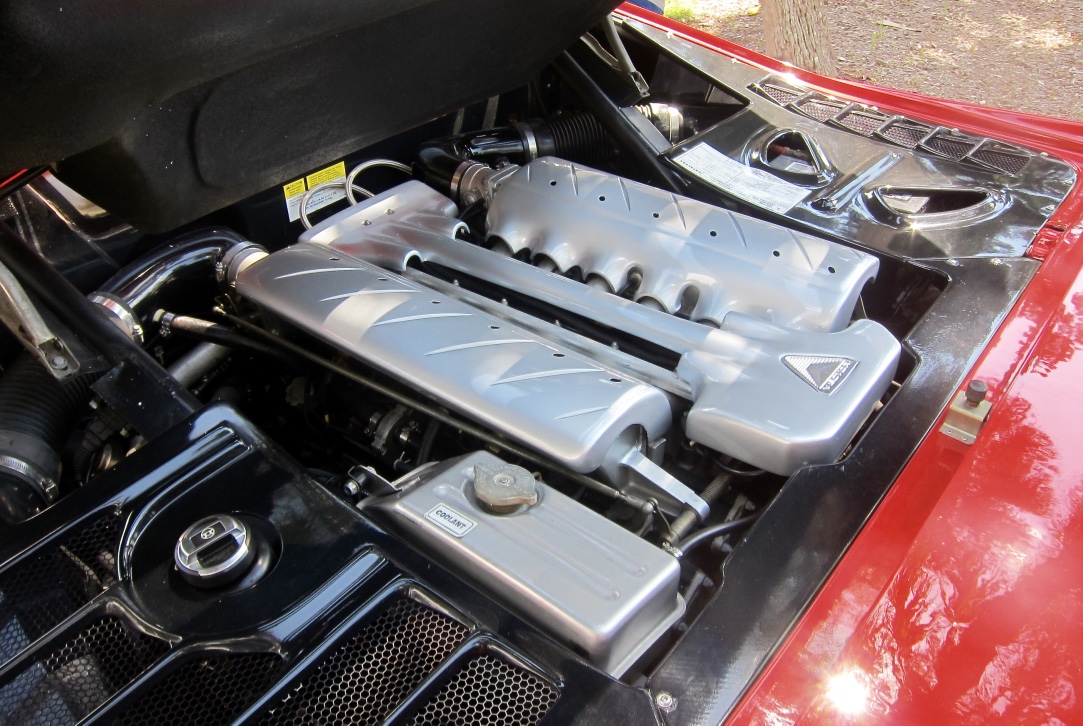 This year spectators feasted their eyes on an arrest-me-red mid-late-1990s Vector M12, powered by a Lamborghini V12 engine, built by Jerry Wiegert’s southern California Vector Aeromotive. It was based on a Lamborghini Diablo. Wiegert’s company was later taken over by an Indonesian company, Megatech, and shortly thereafter disappeared from the scene. Very few Vectors are known to exist. 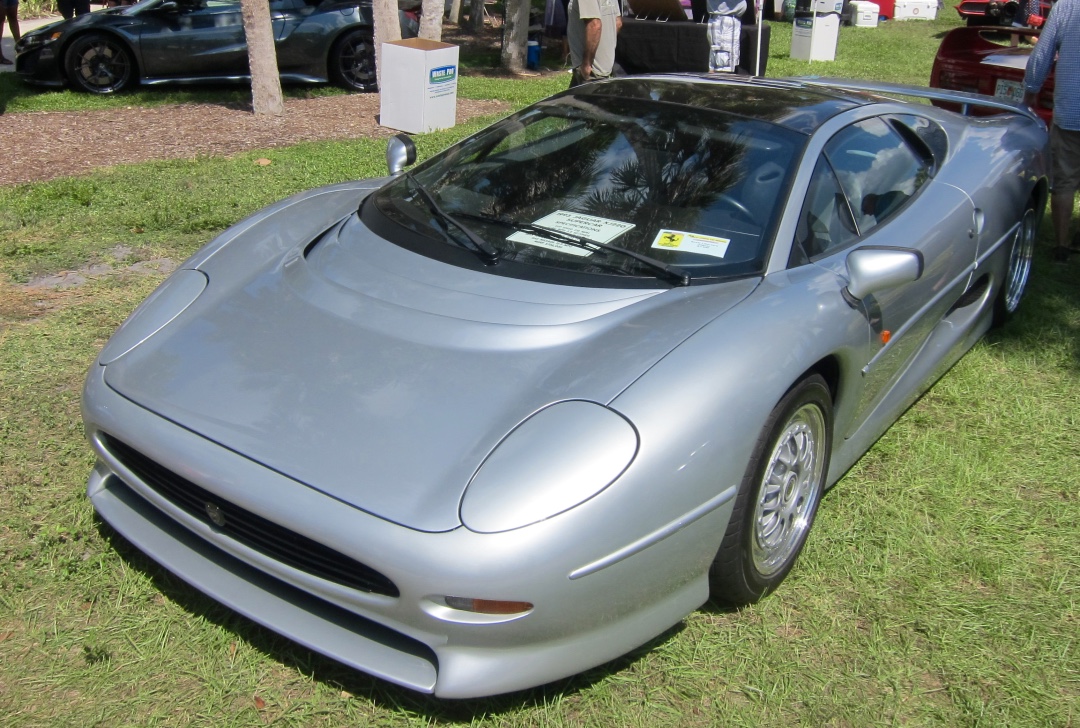 Another mid-1990s Supercar, this one from Jaguar, attracted a lot of attention. Like the Vector, the silver Jaguar XJ220 was from Scott Libertore’s collection of eclectic automobiles. Originally hyped by Jaguar to be developed by legendary racecar and specialty car builder TWR (Tom Walkinshaw Racing) and powered by a DOHC V12 engine, the XJ220 eventually reached the marketplace powered by a potent twin-turbocharged 3.5-liter V6 designated as a Jaguar/TRW JV6.

Back in the day it set numerous speed records, but the changeover to a V6 because of space considerations and environmental issues, cast a pall over the model. Just 281 of the 200-mph-plus XJ220s were built and none was exported to the U.S. until import requirements were relaxed after 2001. 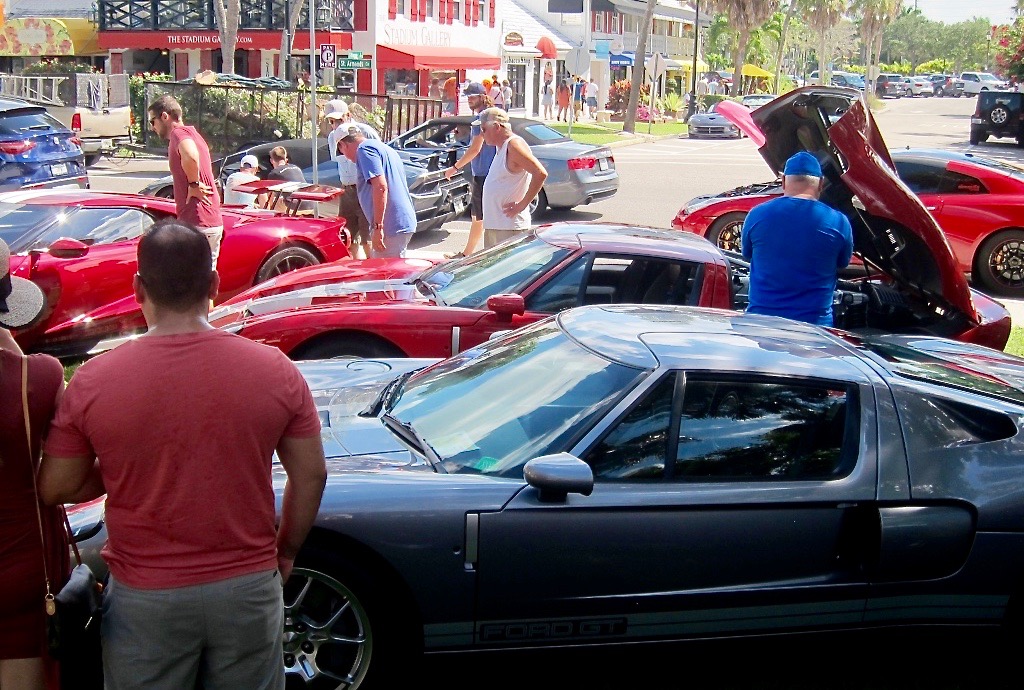 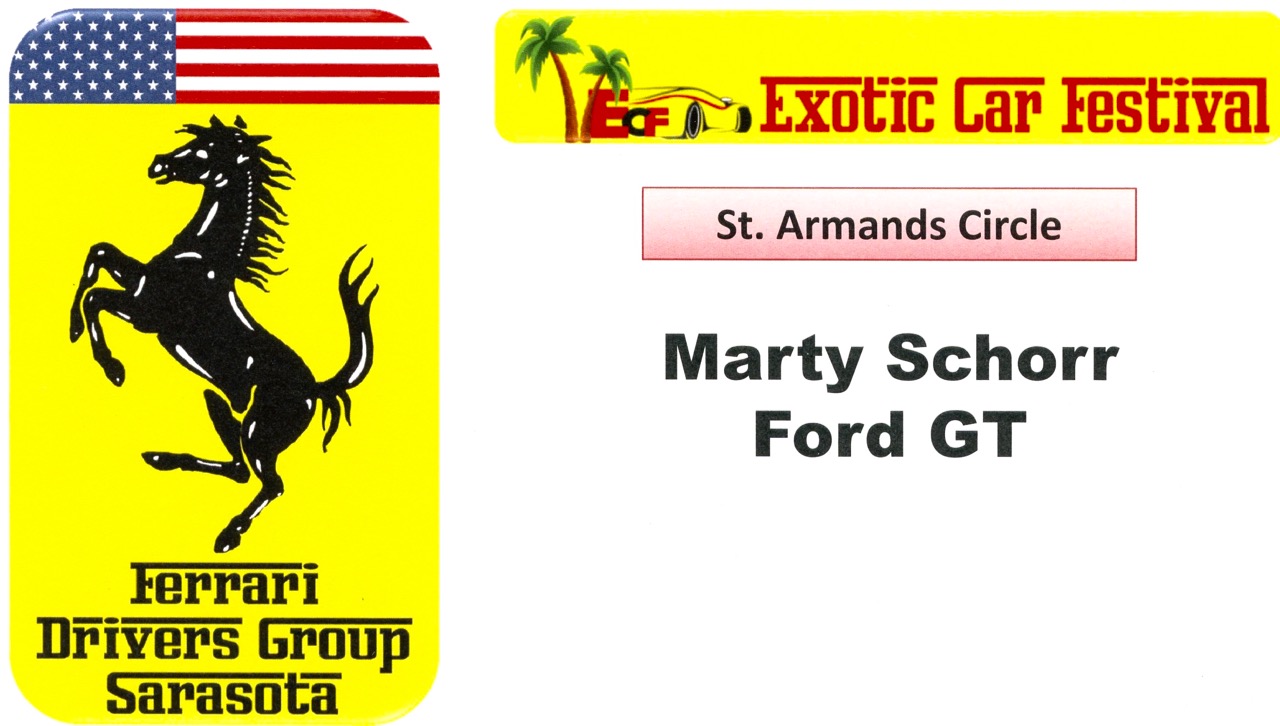 Ford was also well represented by an ERA 427 Cobra, a pair of 2006 Ford GT Supercars and a stunning new Ford GT. And, one of the official Batcars drew spectators to the Sheriff’s Office Flight to the North Pole display. 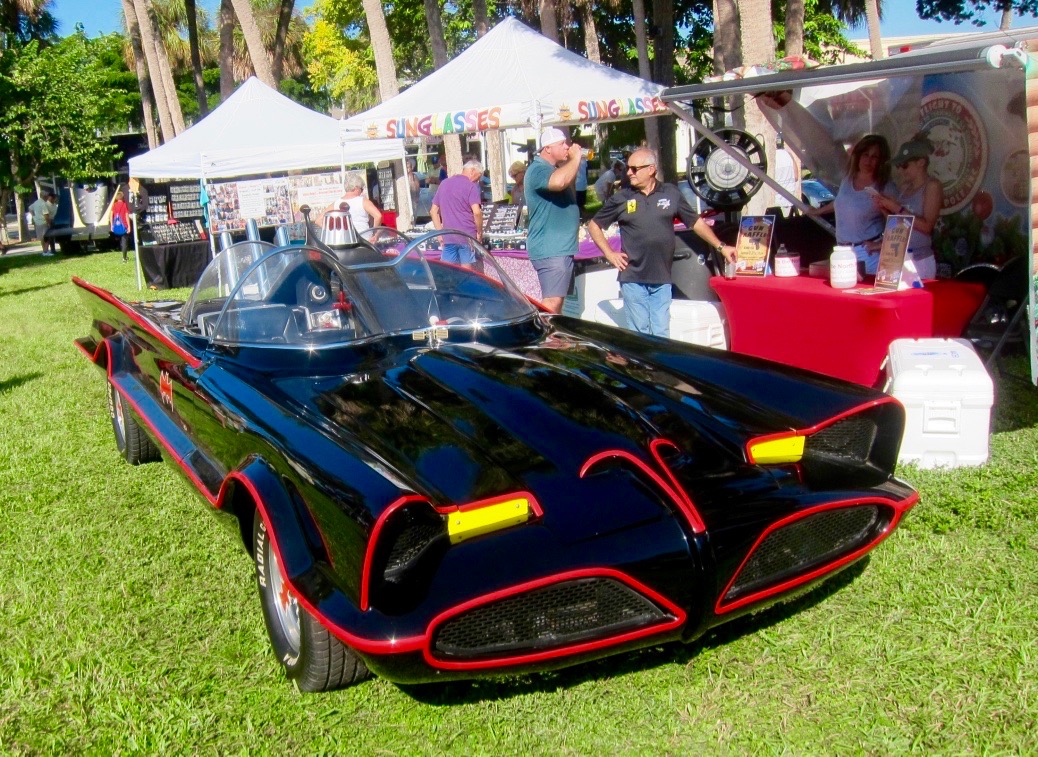 “The festival is always a lot of fun,” says co-organizer Jurgen Otto in an interview in Sarasota Scene magazine. “We have a fantastic array of exotics coming and we have great support from our area dealers, including Lamborghini Sarasota, Ferrari of Tampa Bay, Dimmitt-The Sarasota Studio and more. And St. Armands Circle is the perfect venue – visitors can spend a relaxing day downtown, enjoying the cars and exploring the wonderful restaurants and shops on the Circle. We always  look forward to seeing old friends and new!” 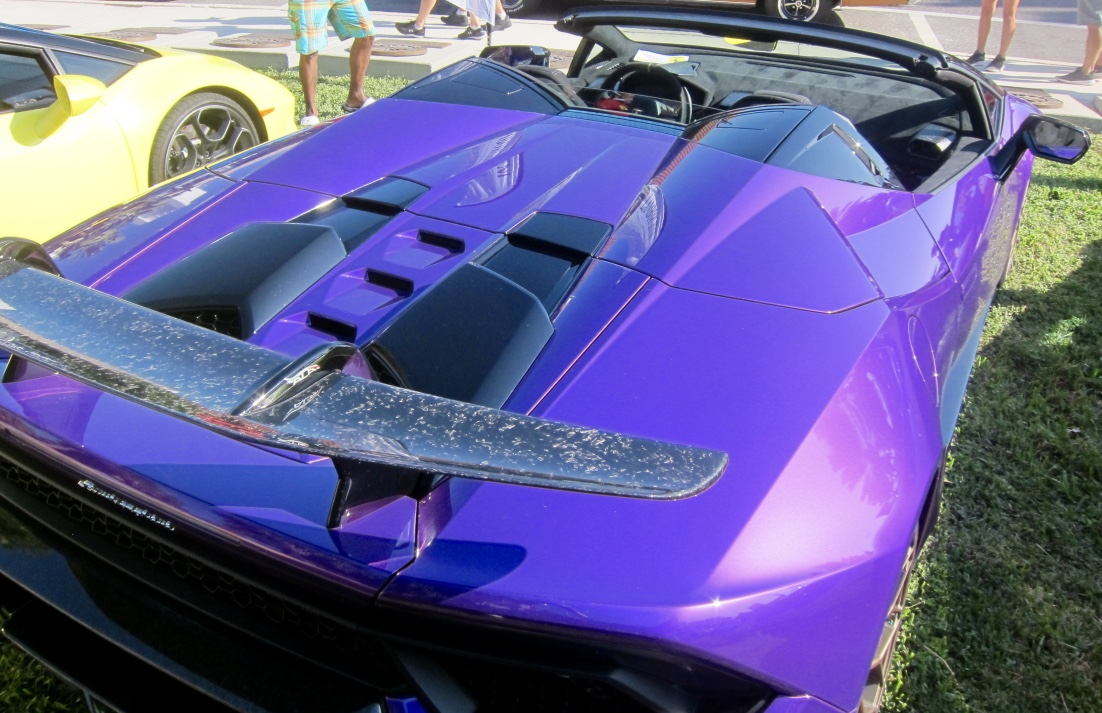 In the 2018-19 season, the Ferrari Drivers Group raised over $160,000 for Flight to the North Pole through its September 2018 show on St. Armands Circle and its February 2019 Gala Weekend – a three-day event that included a Friday night dinner, the annual Exotic Car Festival on Main Street in Lakewood Ranch, and a Sunday brunch and country roads drive. In 2020, the group’s Gala Weekend will take place in Lakewood Ranch the weekend of February 28th. 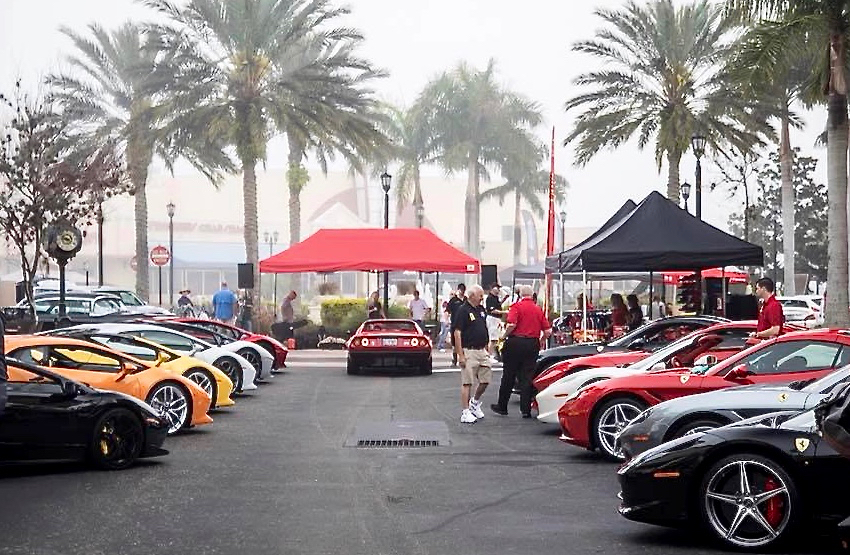