Skip to content
On July 21st, Roy Lunn will be inducted into the Automotive Hall Of Fame for his accomplishments that led to Ford’s winning at Le Mans for four straight years, and domination of International sports car racing in the mid-late-1960s. 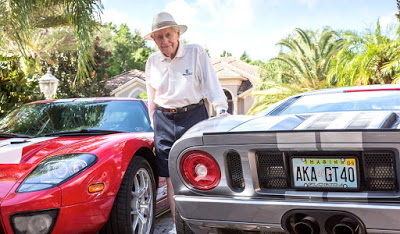 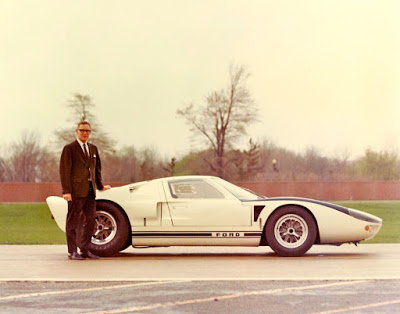 Last weekend racing enthusiasts, automotive journalists and historians worldwide, and the Ford Motor Company, celebrated the 50th anniversary of what is probably the most iconic event in auto racing history. It was on June 19th, 1966, when three Ford GT40 Mark IIs crossed the finish line – One-Two-Three – to win the 24 Hours of Le Mans and change the face of sports car racing. 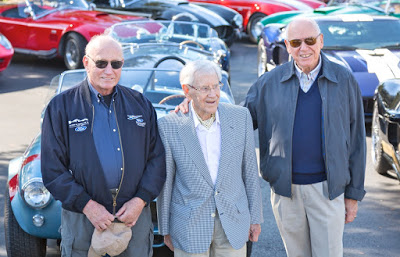 It was the first-ever Overall win for an American carmaker and the first of four consecutive wins at the world’s most prestigious race. In 1967 a Mark IV model took the win and in 1968 and 1969, an early GT40 made it three and four in a row. For the first time, America and Ford had broken Ferrari’s grip on endurance racing and went on to dominate International road racing. Ford celebrated the 50th anniversary by winning last weekend at Le Mans, with its 2017 GT, and once again upsetting Ferrari! 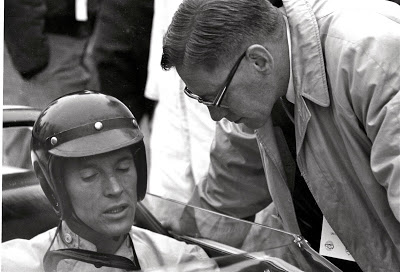 The GT40s were designed, engineered and developed by teams at Ford, led by Roy Lunn, head of the Advanced Concepts Group. Roy also had a little help from Carroll Shelby and Holman & Moody, and some of the world’s most talented endurance racers: Bruce McLaren, Chris Amon, Ken Miles, Denny Hume, Ronnie Bucknum, Dick Hutcherson, Dan Gurney, A.J. Foyt, Mario Andretti and others! 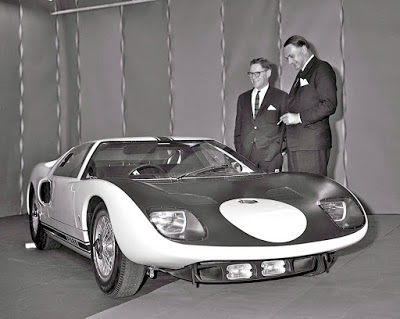 I first met Roy on April 1, 1964 in New York City when he and John Wyer, unveiled the first Lola-Ford GT, GT/101 to a small group of editors and writers, above. It would be almost 50 years before Roy and I talked again, obviously I didn’t make a good first impression! The occasion being information gathering for my new book, FORD TOTAL PERFORMANCE, which includes coverage of Roy’s accomplishments at Ford and Kar-Kraft, and GT40 racing history.

For more information about Roy Lunn and his induction into the Automotive Hall Of Fame, please visit: http://www.automotivehalloffame.org/visit-the-hall