Skip to content
Ford GT & Cobra owners, racers and Roy Lunn’s friends and family gathered at the Lakewood Ranch Golf & Country Club in Sarasota, FL to celebrate the legendary engineer and designer, known as the Godfather of the GT40. His accomplishments led to Ford’s domination of international sports car racing in the mid-late-1960s. 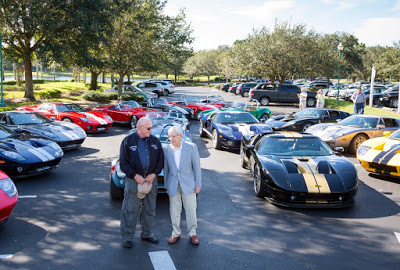 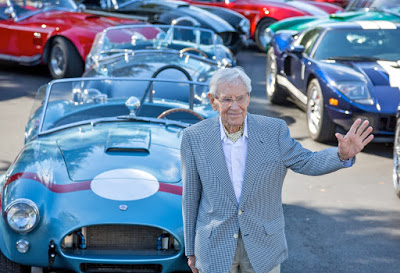 On June 19th, 2016, racing enthusiasts, friends of the Blue Oval, automotive journalists and historians, and the Ford Motor Company, will celebrate the 50th anniversary of what is probably the most iconic event in auto racing history. It was on June 19th, 1966, when three GT40 Mark II-As, raced by Bruce McLaren & Chris Amon, Ken Miles & Denny Hulme and Ronnie Bucknum & Dick Hutcherson crossed the finish line, respectively – One-Two-Three – to win the 24 Hours of Le Mans and change the face of International sports car racing.

“I want to congratulate you on your creative role in the historic Ford victory at Le Mans and winning the World GT Championship,” Don Frey, Ford vice-president and general manager, in a letter to Roy Lunn, (above with Neil Ressler and with FIA Cobra), dated June 28, 1966. 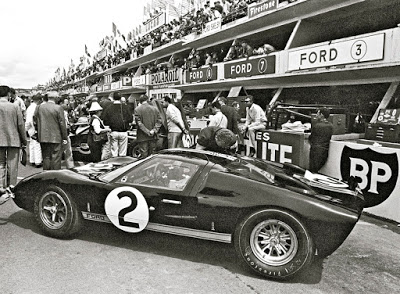 It was the first-ever Overall win for an American carmaker, above, and the first of four consecutive wins of the world’s most prestigious race. In 1967 a Mark IV J-6, driven by Dan Gurney & A.J. Foyt, took the win and, in 1968 and 1969, a singular early GT40, raced by Pedro Rodriguez & Lucian Bianchi and Jackie Ickx & Jackie Oliver, respectively, made it three and four in a row. For the first time, America and Ford had dominated International road racing. 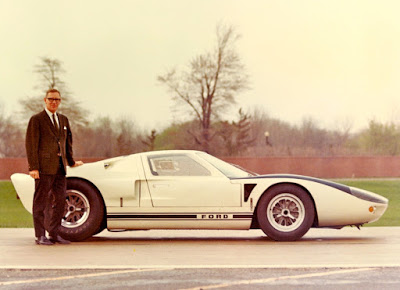 Martyn Schorr, Chronicles Editor, Ford GT owner and author of FORD TOTAL PERFORMANCE, which includes details of Roy Lunn’s career at Ford and Kar-Kraft and the history of the GT40, organized the Tribute. 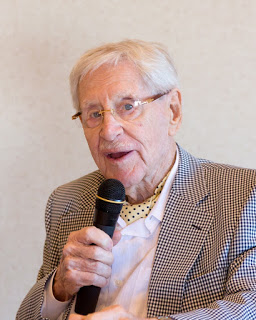 “Not only do I feel appreciative and honored today to share this occasion with my wife Jeannie and my family, but also overwhelmed by the incredible display of power outside: Ford GTs and Cobras. It really is a Show of Force and I’m so happy to be a part of it,” said Roy, right.

Neil Ressler, a retired Ford engineer and vice-resident and former head of Advanced Vehicle Technology, attended with his Ford GT. He was chairman of Jaguar Racing and Cosworth Racing in 1999 and involved in the mid-engined GN34 Concept sports car which evolved into the 2005-2006 Ford GT, the spiritual successor to the GT40. He retired in 2001 after 34 years and returned to be join the Ford GT Team.

“I wasn’t going to miss this wonderful opportunity to meet Mr. Lunn, and relive some of those glory days of winning at Le Mans,” said Neil below, with Roy Lunn. 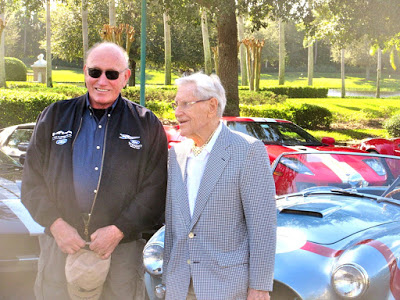 Roy Lunn will be 91 years old in April and has started working on his
fourth book about the environment, sustainability and future cars. “I’m
looking forward to finishing my new book and celebrating the 50th
anniversary of the win at Le Mans with my family and friends on June
19th next year.” 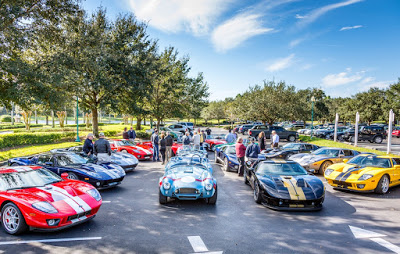