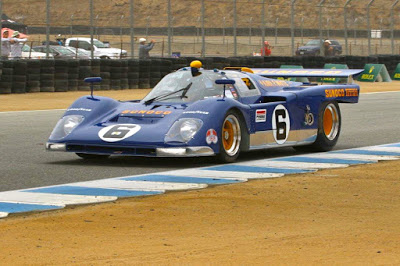 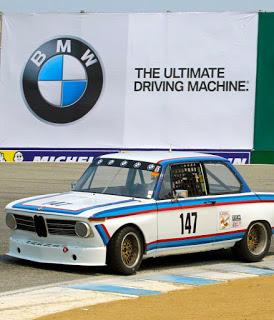 Every August brings the Granddaddy of U.S. historic racing events to Mazda Raceway Laguna Seca, Salinas, CA, the Rolex Monterey Motorsports Reunion (RMMR). A celebration of the best in racing history captivates with four track days and a dazzling array of cars. The Penske/White Ferrari 512M, above, is certainly eye-catching. Finished to a very high standard, typical of Penske Racing, the car was thwarted by new racecar bugs and bad luck. Mark Donahue and David Hobbs would compete in the major endurance races of the day at LeMans, Sebring and Daytona and a third place Daytona finish was likely its high point. Owner Lawrence Stroll presented and drove the car in Group 7A. This year BMWs filled the field to help celebrate BMW’s Centennial. Among them was Fred Schulte in his 2002, right, with Daytona 24-Hour history. 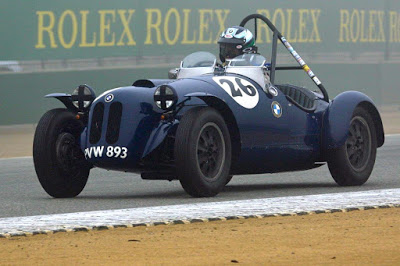 The oldest BMW competing was Steve Walker’s ‘35 BMW 315/1 Willis Special. It began life as a Frazer-Nash BMW and slowly evolved into a successful hill climb and circuit racer, as both a sports car and Formula 2 entry. Its creator, Ron Willis, along with his son-in-law, Charles Bulmer, continually pushed the envelope and the car got ever faster. At the RMMR Steve Walker turned a fast race lap of 2:09.478. 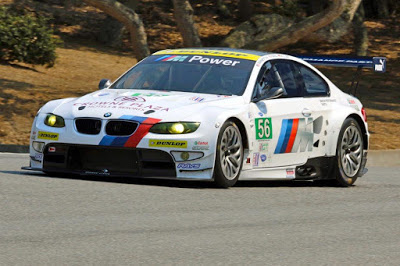 The newest BMW to compete was the two-time Sebring GT winning ‘11 BMW M3. The car suffered major crash damage in 2012, was repaired and then served out its tenure as a team spare. Later BMW restored the car to its 2012 Sebring GT winning configuration. To show what over 75 years of racing progress does, its fastest race lap was a 1:37.024, or more than half a minute faster than the Willis Special. Driver is Thomas J. Plucinsky, Corporate Communications Manager, BMW North America. 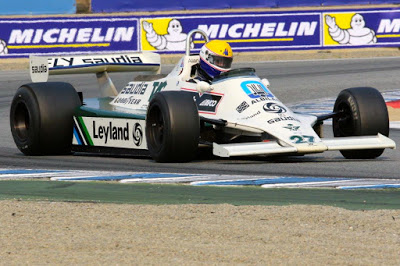 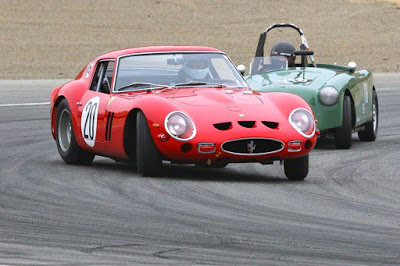 Should you think that the racing amounted to little more than relatively high-speed touring laps, take a look at Tom Price hanging it out dirt track style in his Ferrari 250 GTO to stay ahead of Daniel Schwartz in an epic Ferrari/Turner battle !!! GTO has competed at Le Mans and the TdF. 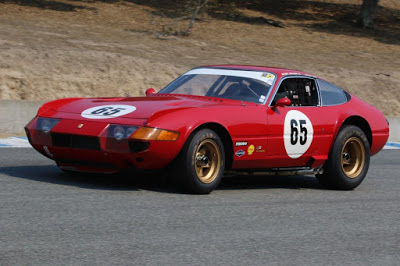 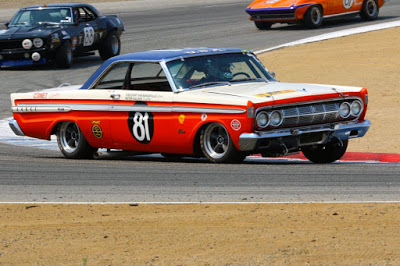 As Ford’s Total Performance program gained strength, it was only natural that Mercury would want in on some of the action. Mercury had Bill Stroppe build Comet Calientes to compete in the East African Safari, where this car won its class. After returning to the U.S., it became an SCCA sedan racer on the West Coast. Today Greg Umphenour is its caretaker. 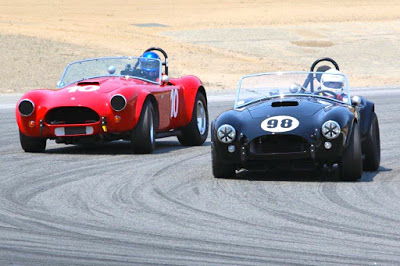 While on the subject of Total Performance, let’s talk genuine, significant Cobras. There were a number at the RMMR, including Dyke Ridgley’s ex SCCA B/P racer (10) and Bill Ockerland’s ex-Shelby Team car (98). Here they take slightly different lines through Turn 2. In an age of clones, tributes and continuation cars, it was encouraging to see owners wringing out valuable, real cars with storied histories. 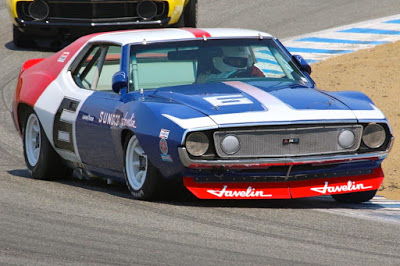 In the 1960s, things began to shift at the formerly all-amateur SCCA.  Professional racing was introduced, including the Trans-Am series, which celebrates its 50th anniversary this year.  By 1971 AMC found themselves alone with a sponsored team. Mark Donahue and Roger Penske would deliver them a championship with this Javelin, now owned by Bill Ockerland. 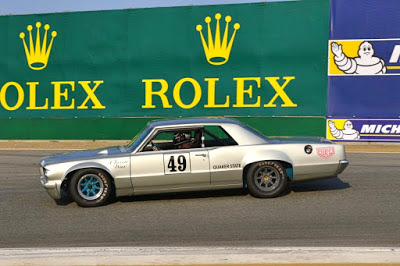 The other big news in the 1971 Trans Am series was the appearance of the Grey Ghost a ‘64 Pontiac Tempest assembled and raced by a group of Pontiac engineers on their own time. Driven by veteran racer and Group 44 founder, Bob Tullius, the car surprised many. At the RMMR, John Hildebrand and the car garnered almost as much attention as it did in 1971. Everyone of a certain age fondly remembered its “David & Goliath” story. 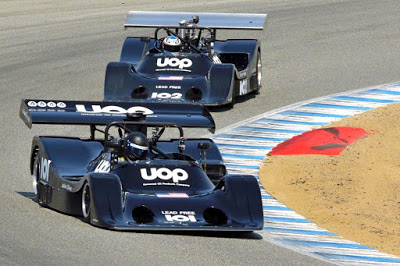 The Can-Am also observed 50 years in 2016 and to celebrate, the RMMR presented a large field of the ground-shaking monsters. When the dust settled, Kirk Bennett and Dave Handy led the field home in Shadow DN4s. Bennett’s car is Jackie Oliver’s series winner from 1974, while Hardy’s car was used for testing and development that year. To learn more about the history of Don Nicholas and his Shadows, you should check out Pete Lyons’ excellent two-part story in the July/August and September/October issues of Vintage Motorsport magazine @ http://www.vintagemotorsport.com//

Our thanks to the staff and volunteers at Mazda Raceway Laguna Seca for their outstanding courtesy and hospitality during the RMMR.

For a full summary of the 2016 Rolex Monterey Motorsports Reunion please visit: http://www.mazdaraceway.com/rolex-monterey-motorsports-reunion