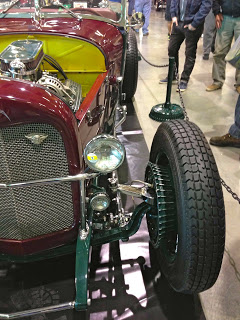 Do you remember car shows before they became Concours and lifestyle events? That’s when Car Guys (and Gals) gathered together to show off their passion, before poseurs, jet setters and cubic dollars took over. Back in the day, shows were in military armories, civic centers and exhibition halls and gray hot dogs and watered down Coke were sold. That’s before they became destinations, hosted on manicured fairways at exclusive resorts. And gourmet burgers, craft beers and champagne were available. OK, maybe that last one is better today than back in the day!

I discovered the MDA (Muscular Dystrophy Association) car show at the Roanoke Civic Center while we were visiting our daughter in the area. I saw the show advertised and stopped to see the show, and outdoor swap meet, on the way home. It was a neat show, but more importantly I learned that innovation, creativity and passion are most definitely still alive
in our hobby. I’ll be back next year! 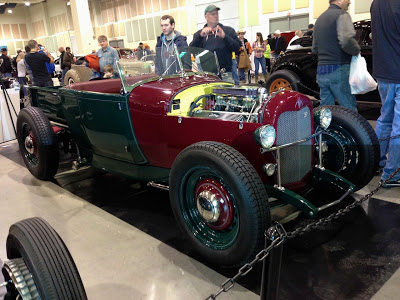 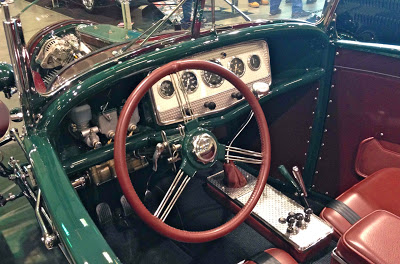 There were a number of hot rods in the show, but this two-tone roadster-pickup was my favorite. It featured a split windshield and a tri-power engine. Detailing on the car was done with paint and polished surfaces rather than chrome and billet. It wasn’t low-tech though. Simple upholstery complements the painted portion of the interior and ties into the exterior paint scheme. Judicious use of chrome and engine-turned panels add to the overall image. 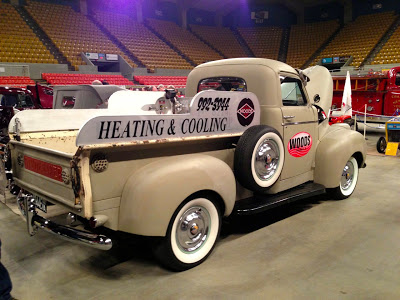 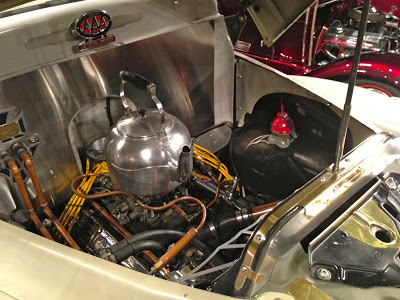 First looking like another old Studebaker pickup truck, closer inspection reveals a ton of details. The signboards and door logos give a workhorse feel, while the hubcaps and wide whitewalls along with the windshield visor suggest a bygone era. Power comes from a vintage Studebaker R1 engine topped off with a teakettle air cleaner. I thought the copper tubing gave the car a little “White Lightning Still” feel, not unknown in these parts! 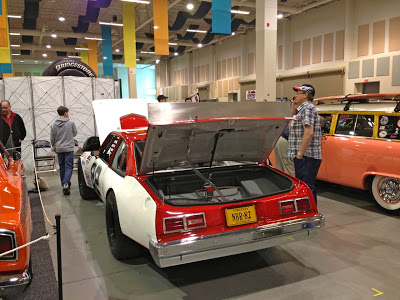 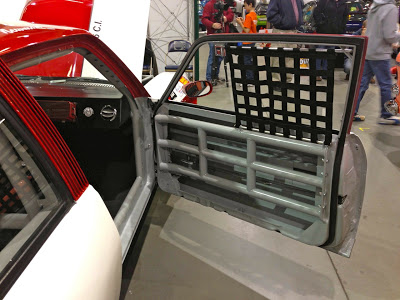 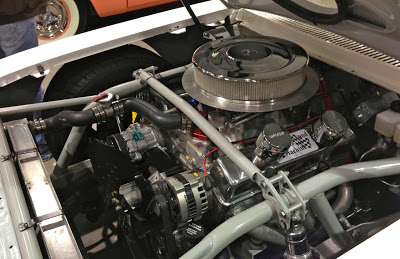 When I first saw the Nova, I thought it was a circle track car. It certainly had that look with flared fenders, oversized rubber, rear spoiler, window net, etc. Then I looked inside and saw two seats, a stereo and air conditioning vents! I thought it might be hard to live with the roll cage on the street. He showed me how a section of the roll cage opens with the door to preserve the racecar feel, but allow for easier ingress/egress. The engine compartment looks all racecar until you notice the AC compressor. I once read that you could tell if a Northern hot rod was a driver if it had a heater. Maybe you know a Southern car is a driver if it has air-conditioning!