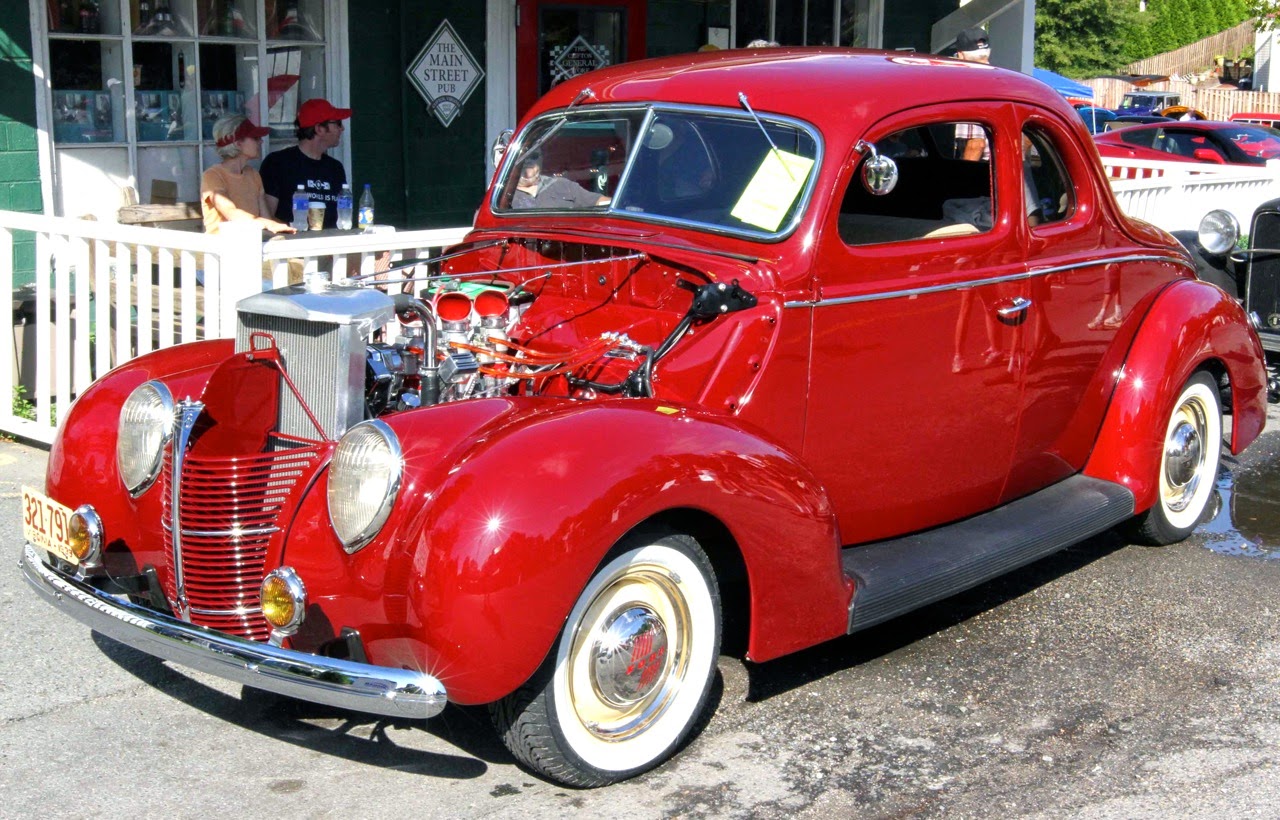 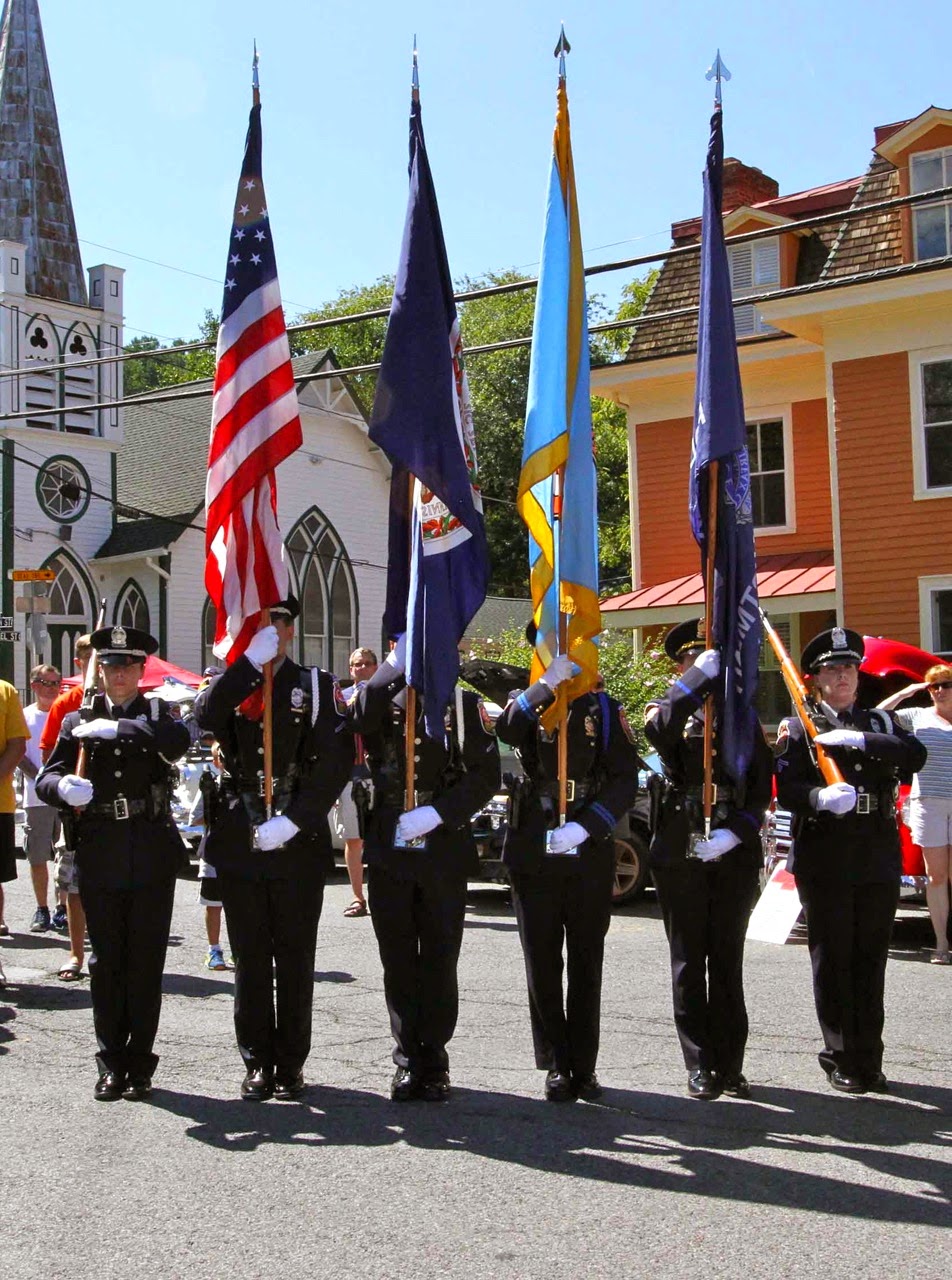 Benefiting local charities, the show has become a staple on the Washington, D.C. area car calendar. Here the Fairfax County Police Color guard presents the colors at mid-day. From the buildings in the background, you get an idea of the show’s setting in historic Clifton, about 25 miles West of Washington. In addition to cars, the show featured live music and a Chili Challenge for cuisine aficionados.

Not sure if this is a finished “Rat Rod” or a work in progress, but either way this ‘60 Cadillac, below, is incredibly detailed. Powered by a supercharged and turbocharged diesel and fitted with an elaborate air ride suspension, its bodywork includes a louvered windshield visor, folding sunroof, suicide rear doors and extra, but well integrated, fins. Greg Bastion of Dirty Hands Choppers owns it. http://www.dirtyhandschoppers.com/index2.html 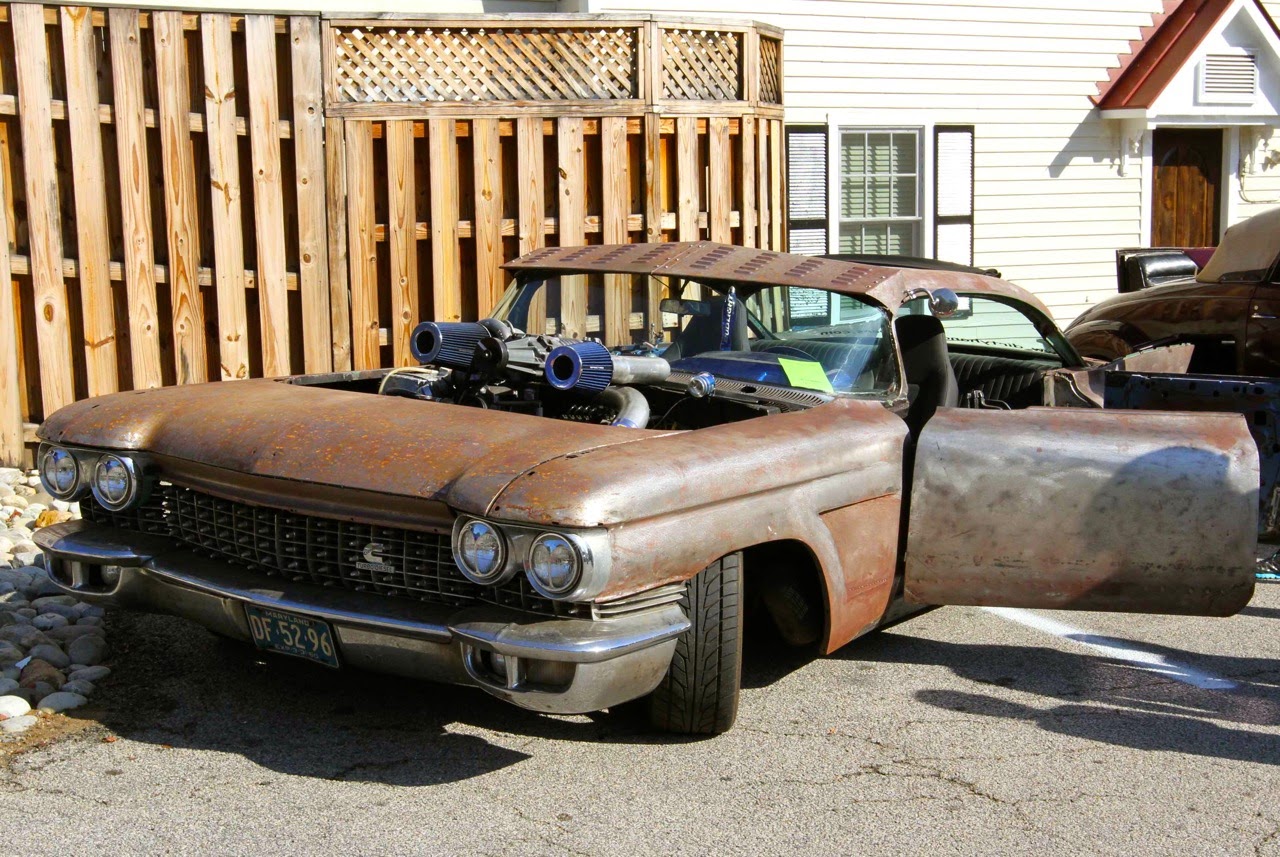 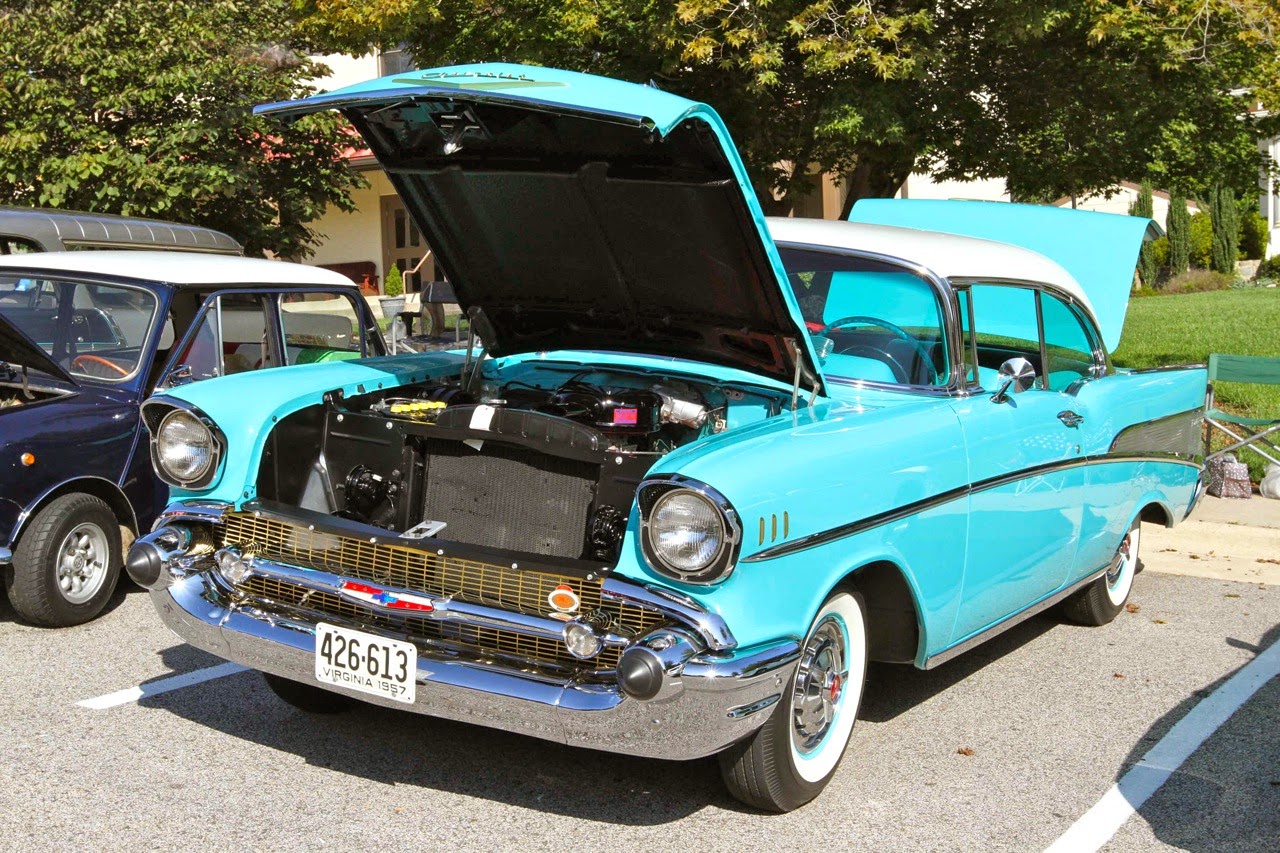 With all of the modifications that have been made to “Tri-Five” Chevys over the years, it’s nice to see a totally restored ’57 hardtop. It was interesting to see just how simple these cars were compared to more modern cars. The 283 Chevy small-block almost looks lost under the hood. 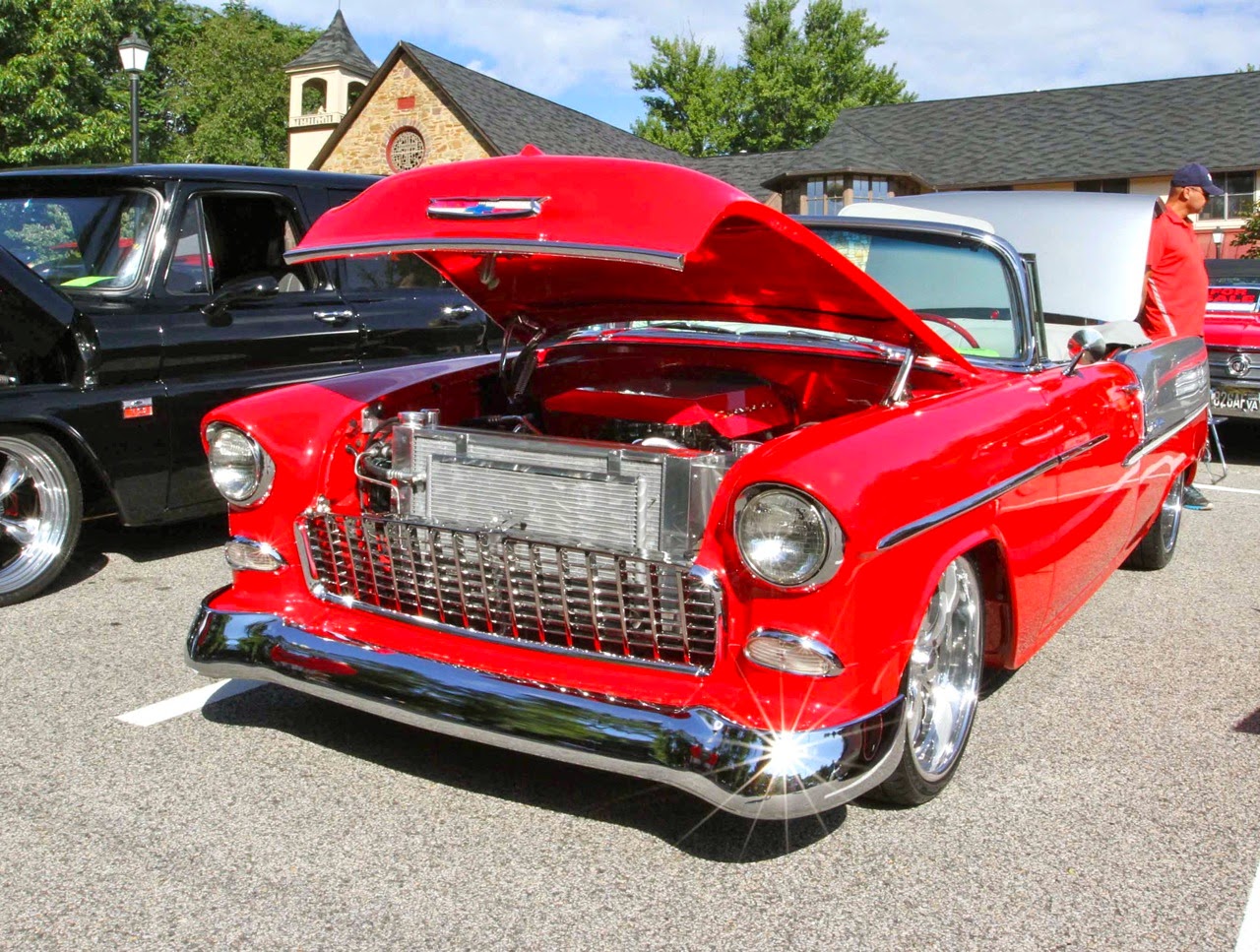 And to show the contrast in “Tri-Five” Chevys check out Jason Flis’ ’55 convertible which likely does not have many stock or unmodified components left! With a striking two-tone gray and red paint and dazzling chrome, Jason’s car is powered by a very healthy Chevy big-block. 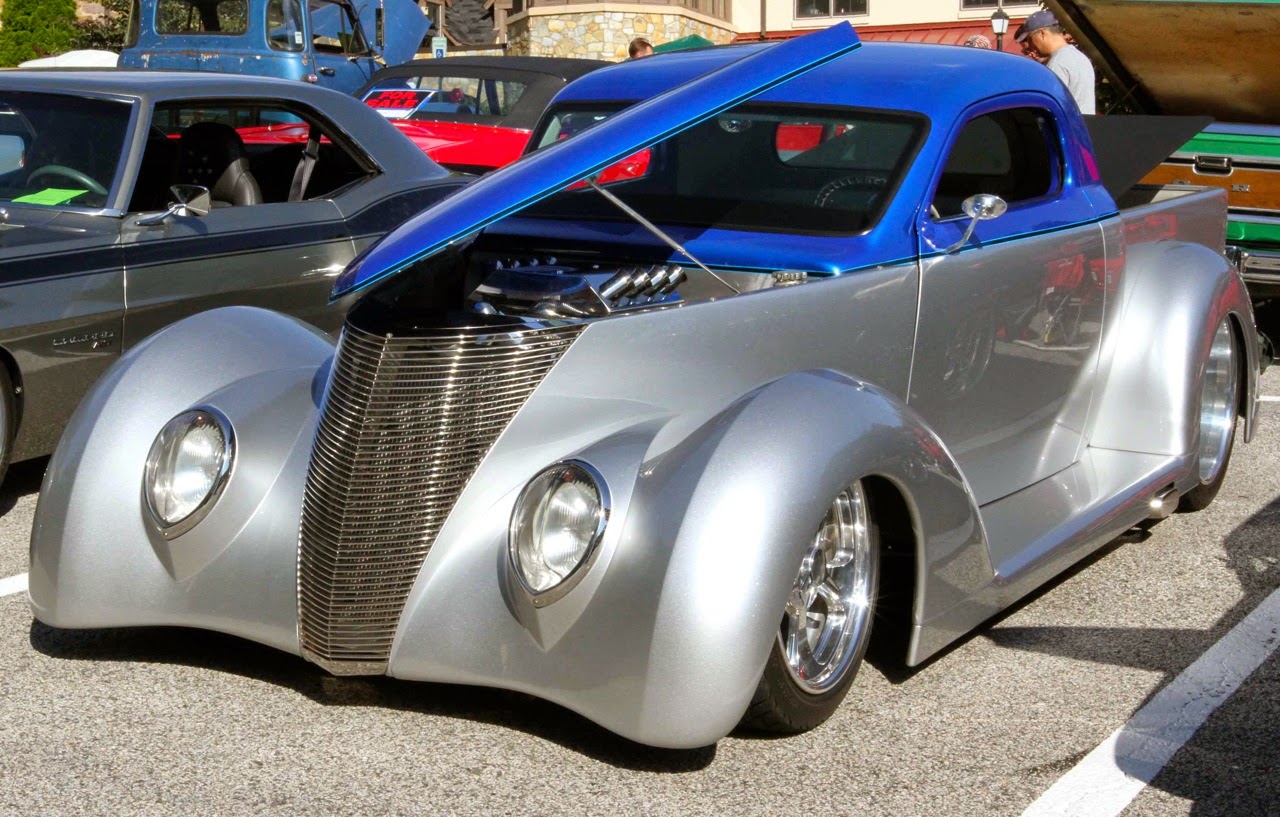 This ‘37 Ford was a big attention-getter. Notable paint, styling and stance with impeccable workmanship and high-end finishes resulted in a dynamite package. Under the skin, the car’s mechanicals were all new ensuring long and trouble-free cruising. 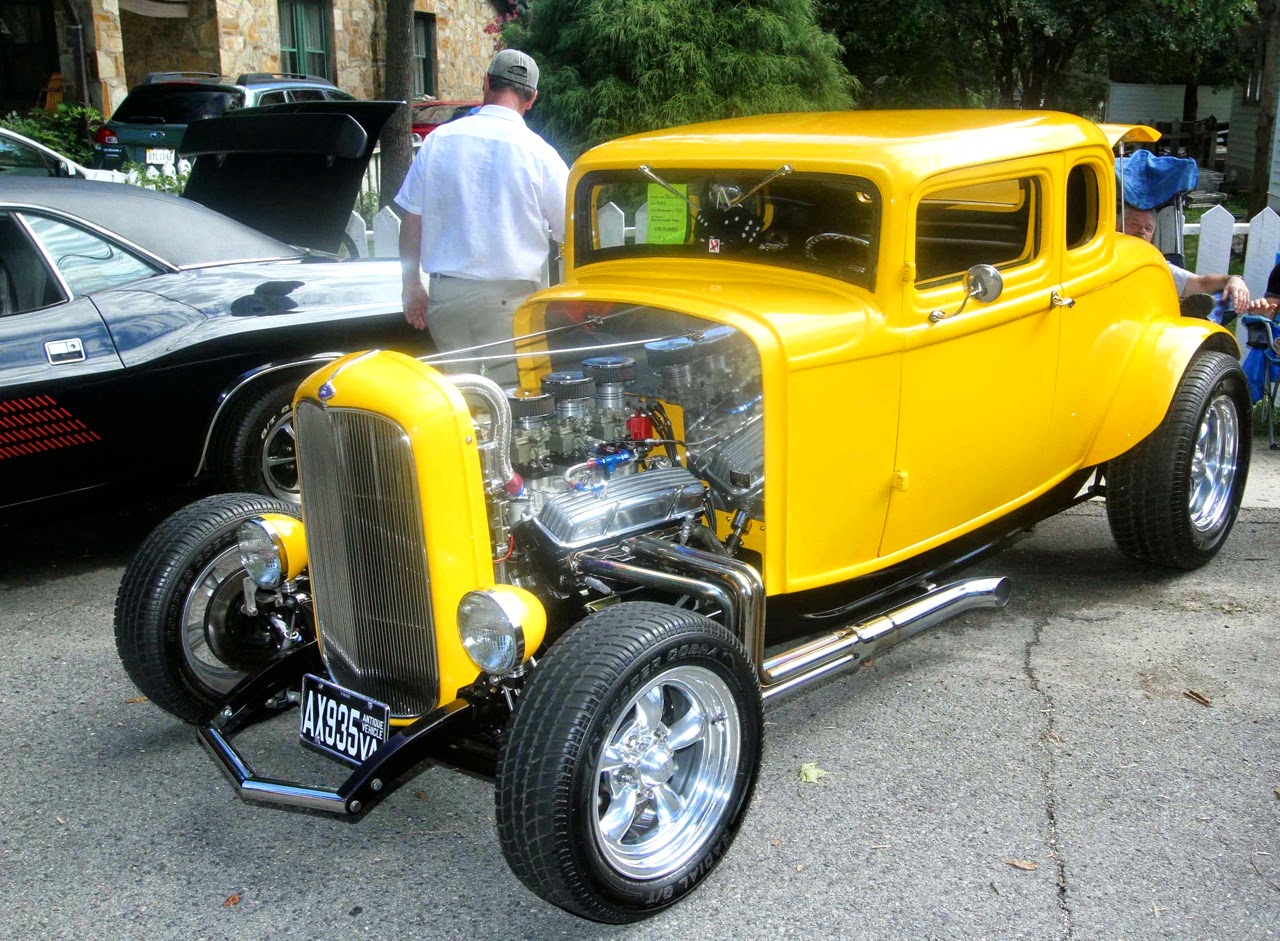 There are cars that are important because they serve as mileposts in the hobby. They establish a point in time, a look or a style that then go on to influence the cars that follow. Such is the case with Paul Wohlrab’s ’32 Ford five-window. With its chopped top, flared rear fenders, open engine and yellow paint, it channels Milner’s rod from movie classic, American Graffiti. 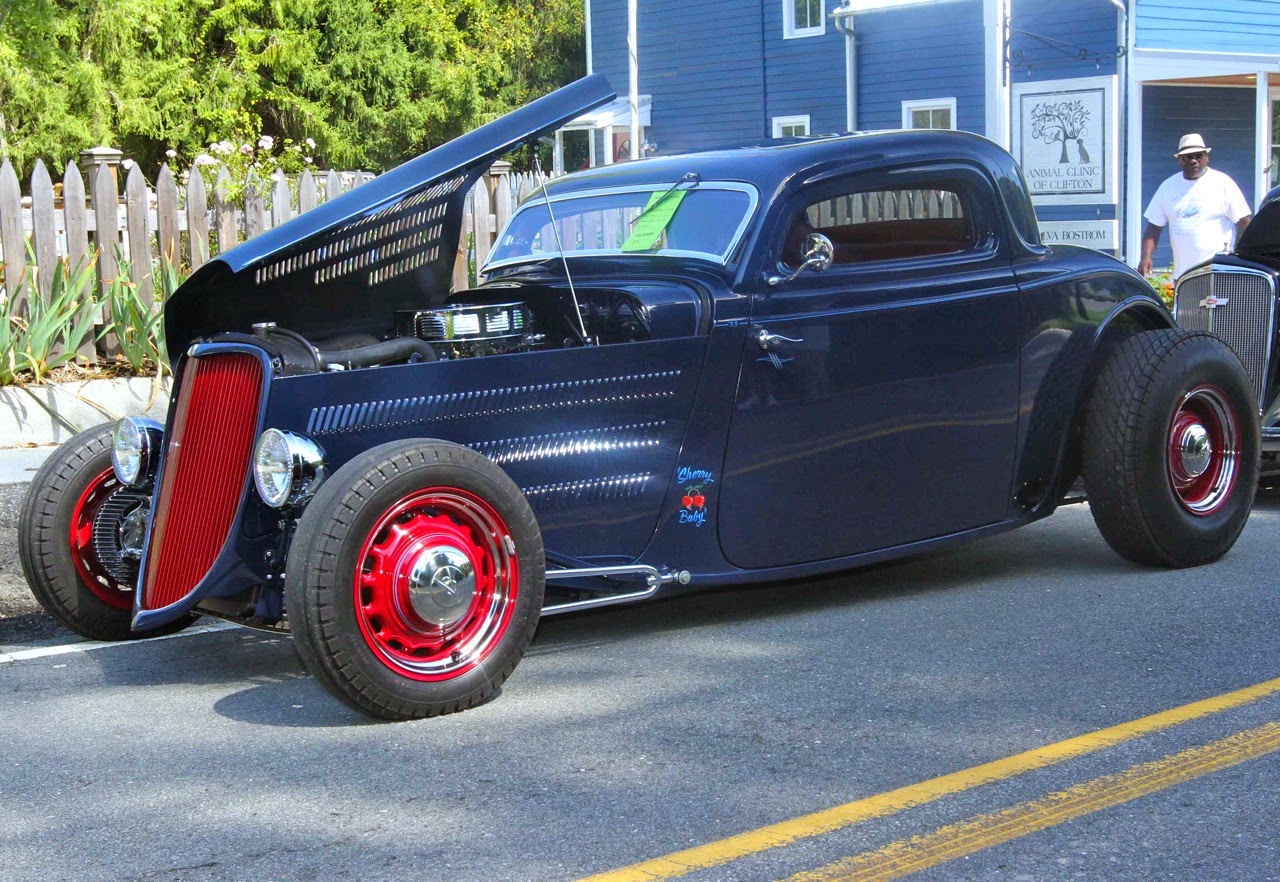 Remember when hot rods were named? This one borrowed the song title Sherry Baby from the Four Seasons as a moniker. Mods are from the dry lakes school of hot rod design with chopped top and louvered hood. The wheel/tire combination, hairpin radius rods and stance give it a little more period look, while a supercharged Flathead finishes it off. 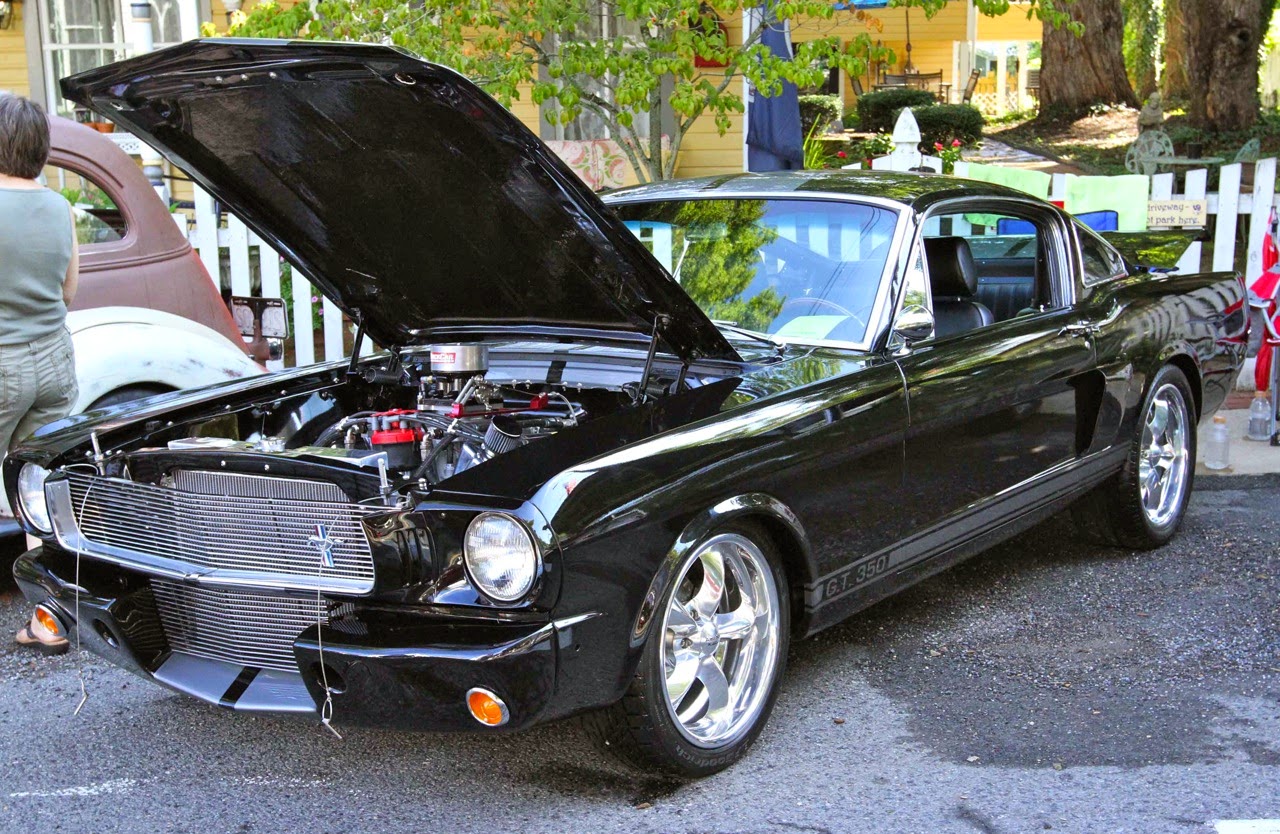 John Page’s ‘66 Mustang fastback defines “Resto-Mod.” He borrowed themes from Shelby’s GT350 and GT350R, such as quarter windows, side scoops and front valence, while mechanical upgrades bring his car into the 21st Century. Power comes from a modern injected Ford.