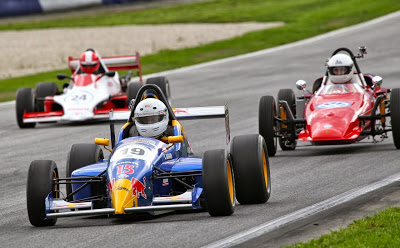 Formula Koenig was an open-wheel racing series based in Germany between 1988 and 2004 and sponsored by Konig Komfort, best known for its racing seats. Essentially a feeder series,
its first champion (1988) was Michael Schumacher who later went on to win seven
Formula One World Championships. 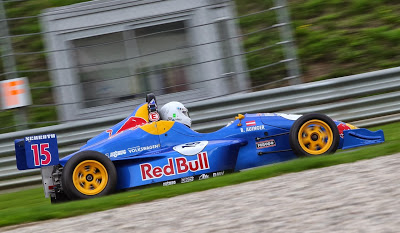 Powered by a 140-horsepower VW Polo GTi engine, the super-light Red Bull Konig open-wheeler was also driven in 2001 by Formula One great Sebastian Vettel. He currently drives for Red Bull’s Austrian-based racing team and won the Formula One World Championship in 2010, 2011, 2012, and is the current champ. When he drove the Konig, right, Vettel was just 14 years old and racing go-carts!

Jacobs was photographed two weeks ago for this feature racing his Konig at a vintage event at the Red Bull circuit in Austria. After winning the 2000 Championship, Auinger continued driving for Red Bull in Italian Formula Three, Formula 3000, German Formula Three. He currently
races in the Euroseries 3000. 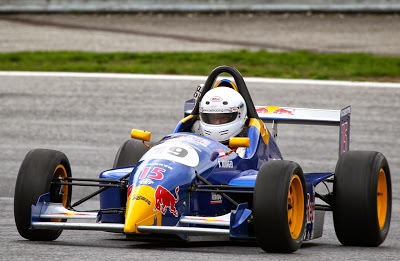 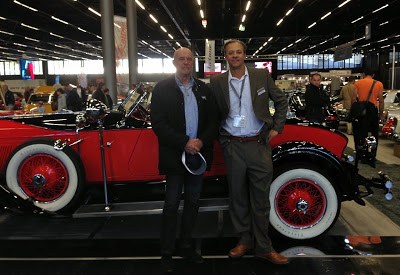