One of the rarest factory-built Corvettes ever built can be seen for the first time in 60 years at the Amelia Island Concours next month. 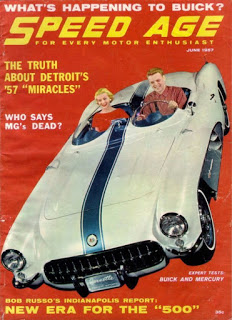 The ‘57 Corvette Super Sport prototype originally built for GM’s famous Motorama shows of the 1950s will, after six decades hidden from view, break cover in a special exhibit at the 22nd annual Amelia Island Concours d’Elegance on March 12, 2017. After its auto show duties, it was sold to Ralph Poole of Albuquerque, NM. The current owner, John Baldwin purchased the car in 1996.

“We’ve been working on the SS for the last few weeks and have it running nicely for the first time since the 1950s,” said owner John Baldwin.

Actually a 1956 model, the Corvette was customized by the Chevrolet studio at GM Design and “updated” with a one-off 1957 Vin # tag. It was used to showcase the first fuel-injected Corvette engine, which debuted in 1957 models. This special Corvette debuted at the January 1957 New York Waldorf Astoria Auto Show (there was no Motorama show in 1957) and the Chicago Auto Show, but has not been seen by the public for the past 60 years. Power for this unique prototype comes from a fuel-injected 283/283 small-block mated to a close ratio three-speed transmission. 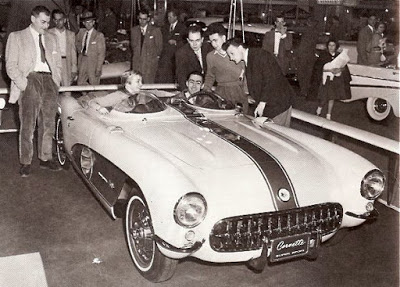 “This unique Corvette is practically unknown,” said Bill Warner, founder and Chairman of the Amelia Island Concours d’Elegance. “It was the cover car for the June, 1957 issue of Speed Age magazine and then it disappeared. It’s been hidden for its entire life. For it to be at Amelia is the sort of thing we dream of.”