Cool temperatures fail to lower motorcycle fever at the Quail and keep Jim Palam from delivering this photo report. 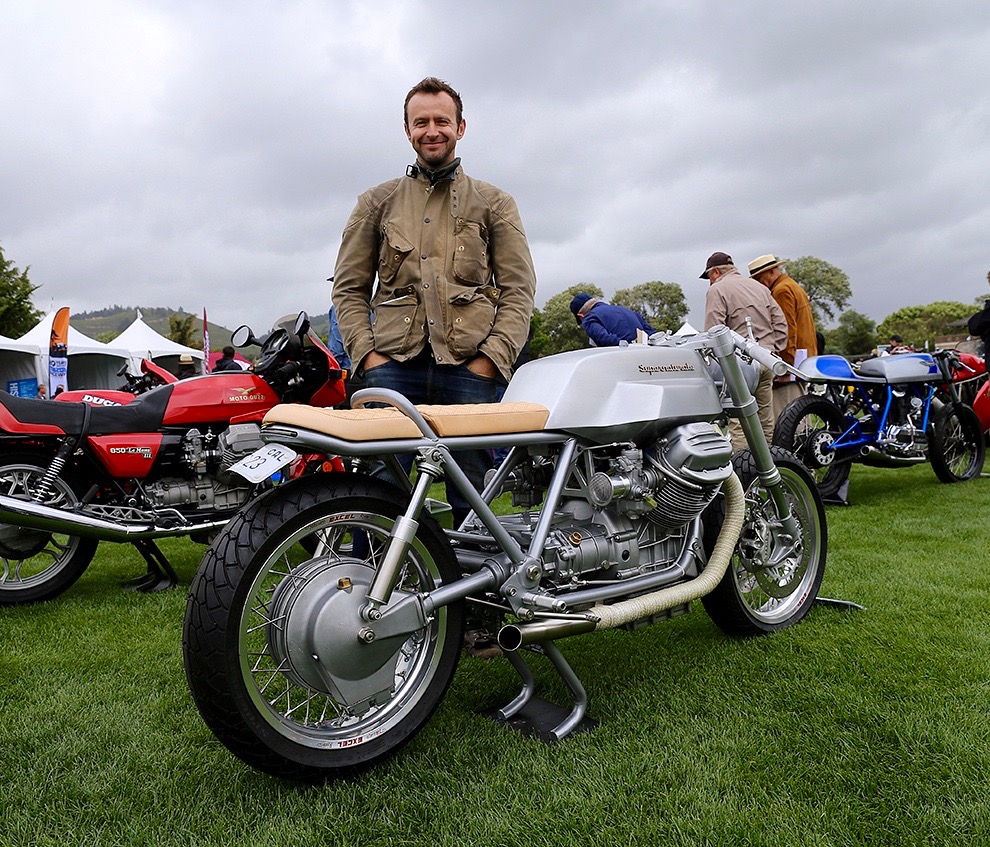 Low temperatures, brisk winds and overcast skies did nothing to dampen the spirits of over 3,000 visitors to the 2017 Quail Motorcycle Gathering on May 6 at the beautiful Quail Lodge & Golf Club in Carmel, CA.

Gordon McCall, motorsports director for the Quail Lodge, was once again the perfect ringleader for this 9th Annual gathering. It featured over 300 rare and historic bikes, as well as a generous sampling of custom and modified rides from some of the rising stars in the motorcycle enthusiast’s expanding universe. GEICO Motorcycles presented the event.

Jim Palam, our man (and Triumph rider) on the West Coast was up and out early to capture the action. The show was so good that he forgot to eat his complimentary gourmet lunch – but he did take a big bite of The Gathering’s tasty essence – yours now to enjoy. 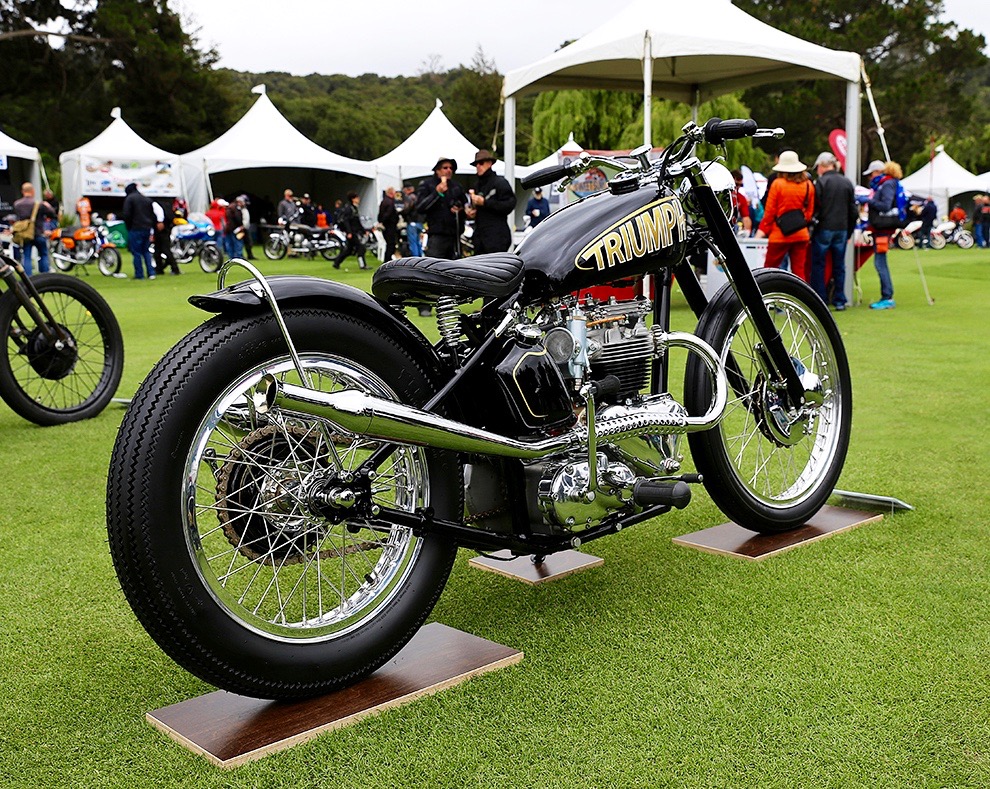 What do you do if you have a beautiful old Triumph race tank? If you’re Californian Bryan Thompson you build the quintessential ‘58 Triumph Tiger from ground up, around the tank. So good is this build that this Black Beauty has been racking up a bounty of awards – including First Place in the Quail’s Custom/Modified category. Well-done Bryan! 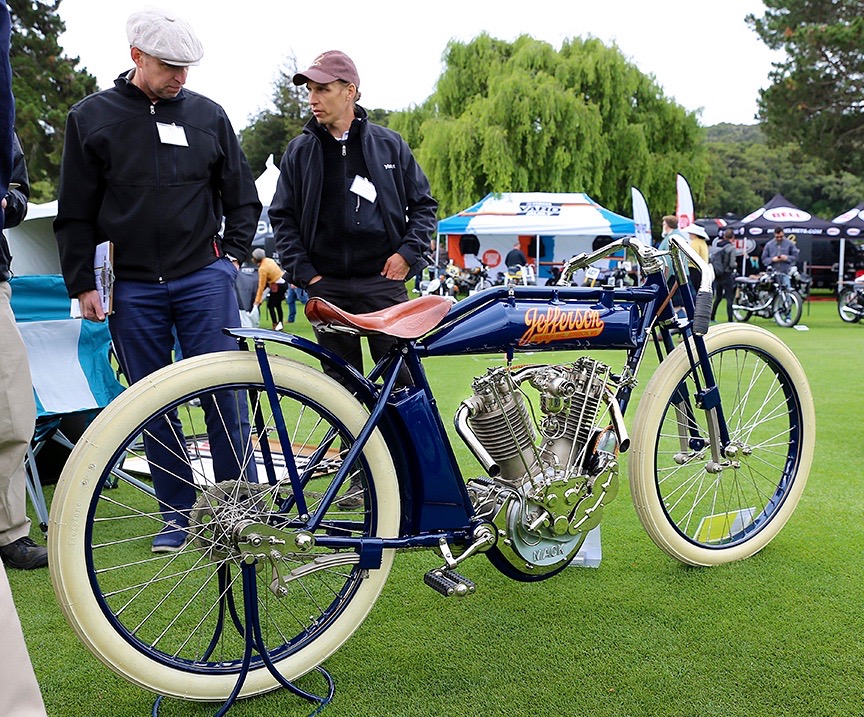 Chris Carter has become almost as famous as the spectacular motorcycles in his amazing All Things Two Wheels collection. So thanks Chris for bringing your gorgeous ‘14 Jefferson Board Track Racer to The Gathering. It took 2nd Place in the American category. 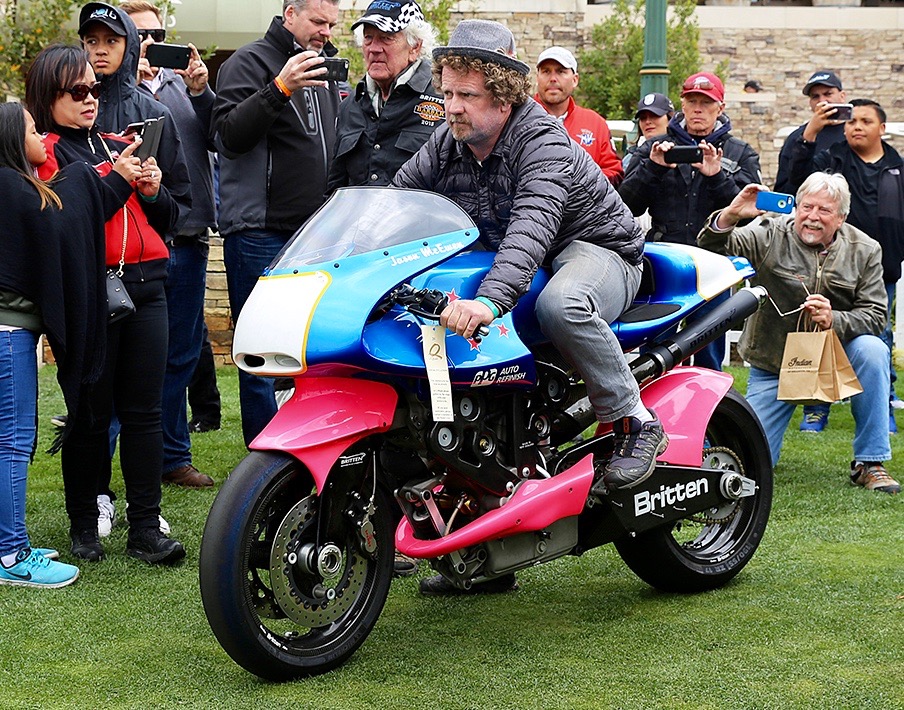 Considered one of the most innovative motorcycles ever created, only 10 hand-crafted Britten V1000 superbikes were ever built. This Britten, #10, resides in the Solvang Vintage Motorcycle Museum, just a few blocks from my home. It belongs to the museum’s owner Virgil Elings and he proudly displayed it at The Gathering. Virgil’s son Jeff rode it up onto the winner’s ramp to accept the Significance in Racing Award. 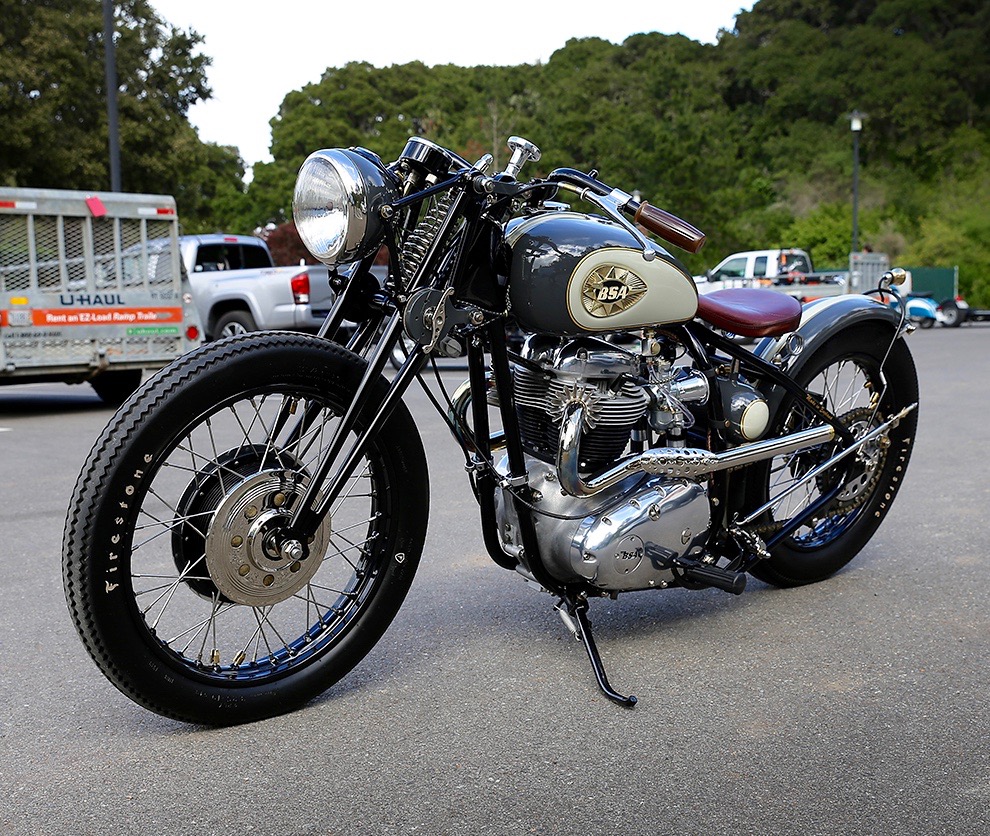 I met Richard Mitchell as he was rolling this meticulously customized BSA A65 Thunderbolt up to the Entrant’s Window late Friday afternoon. When Richard is not designing for Tesla, his passion is motorcycles. His beautiful creation went on to win 2nd Place in the Custom/Modified category. 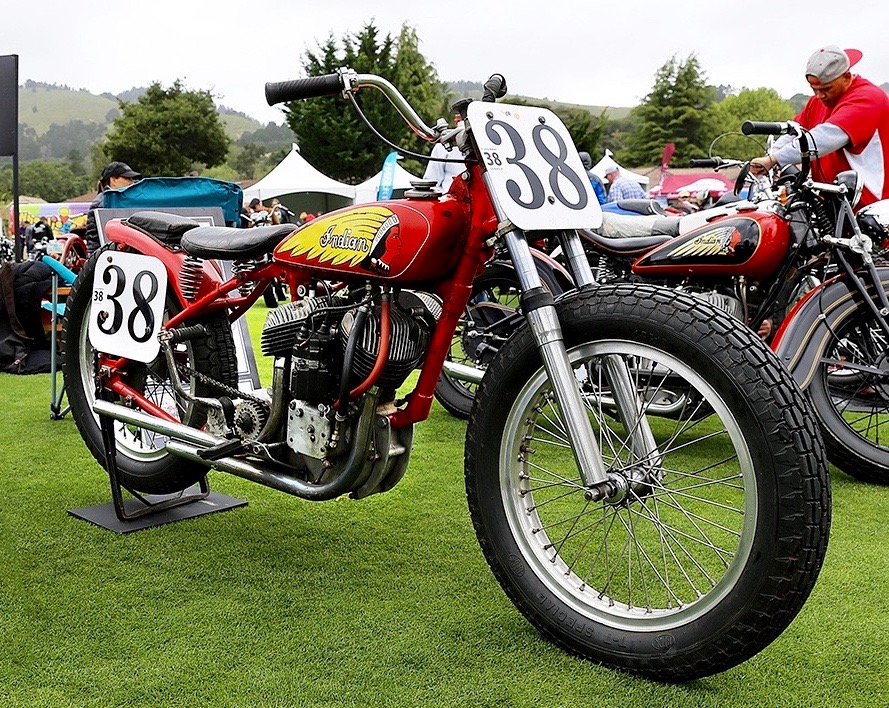 Ole #38 didn’t look like much when from a distance when I spotted owner Gary Landeen trying to kick-start her for a bevy of patient judges. On what was surely his last kick she fired up – and like the menacing roar of a Coliseum lion she fired up the crowd as well! This bike is the legendary Ed “Iron Man” Kretz’s Pre-War Big Base Indian Scout FDB 381 that competed successfully on a national level from 1941 through 1967. What a thrill to see and hear #38 roar at The Gathering! 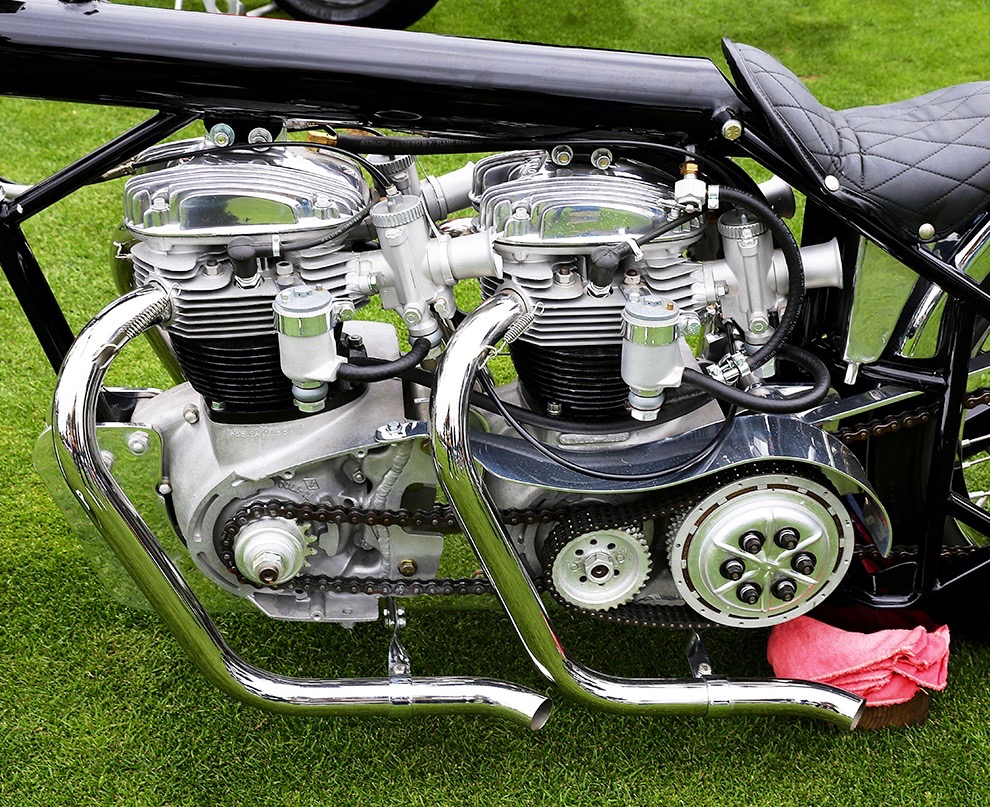 Two For The Road! If you’re a Motorhead you find beauty in design, function and performance. So forgive me if my heart beats a little faster when I take in the sexy symmetry of John Stein’s ‘70 Twin Motor BSA drag bike – bared for all to see in the Competition On Road Class. 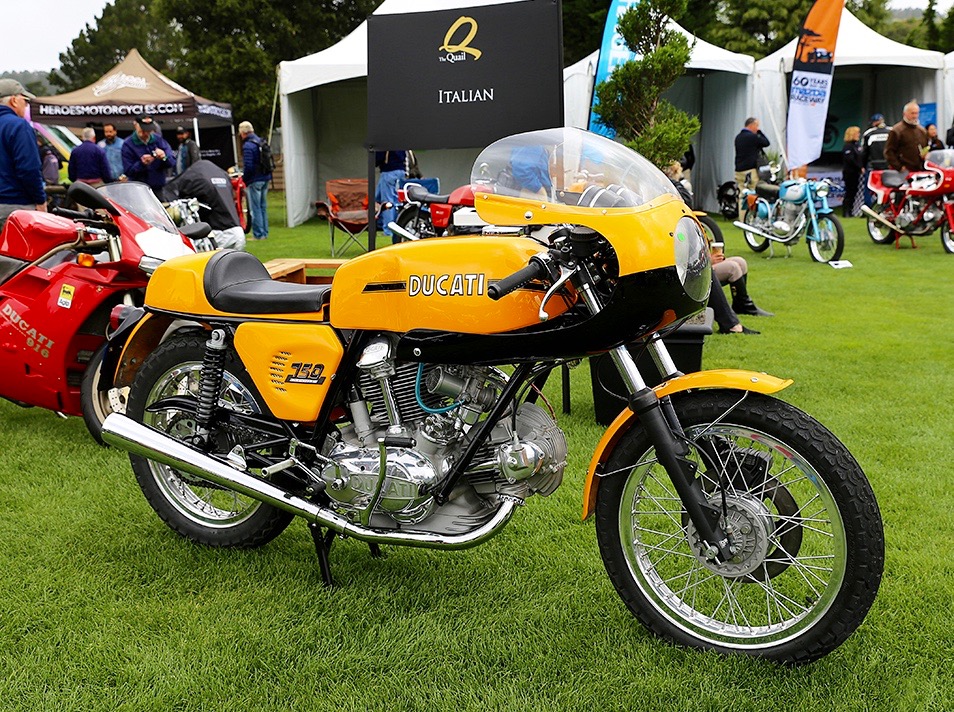 The 750 Sport was essentially a racier version of Ducati’s first big V-Twin, the 750GT. Its Goldenrod Yellow and black paint scheme and lean, aggressive styling made this Italian beauty really stand out from the crowd. Robert Jordon owns this stunning and pristine example. 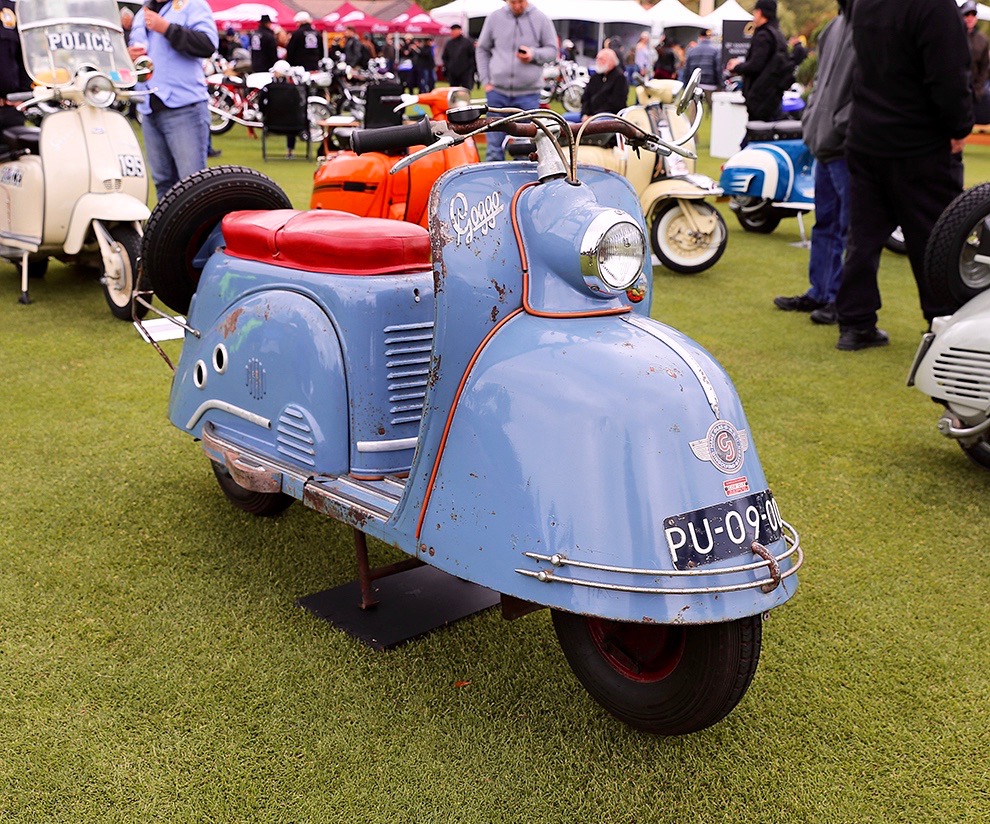 Wake Me Up Before You Goggo! The Hans Glas GMBH Company of Germany produced the Goggo Motorscooter in the 1950s. They were dependable and offered better performance than their Italian counterparts. They were however a bit pricier and few ever made it to the States. Harley and Deb Welch brought this nifty ‘55 Goggo 150 to The Gathering. 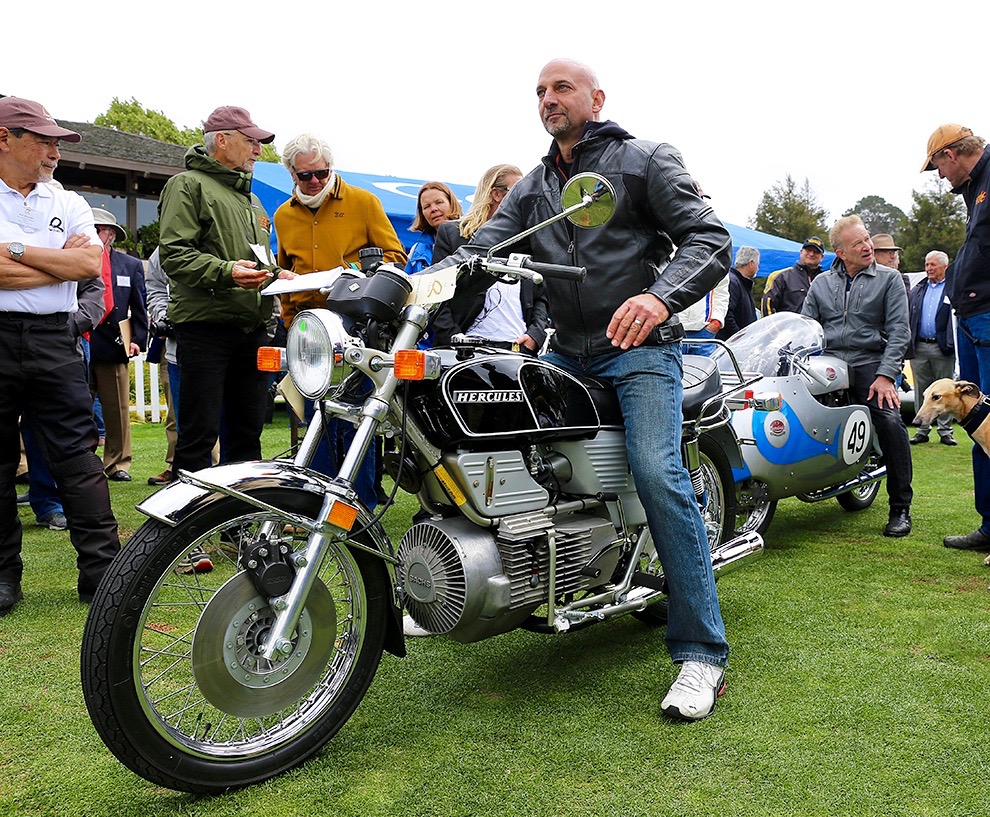 And now for something different: The ‘76 Hercules W2000. Powered by an air-cooled, single-rotor Sachs-designed Wankel engine, it was manufactured in Germany. Innovative for sure, but criticized for its high cost, insufficient ground clearance and low performance. And of course, now, in high-demand by collectors! Congratulations to Stephan Haddad for the bike’s 2nd Place win in the Other European category.