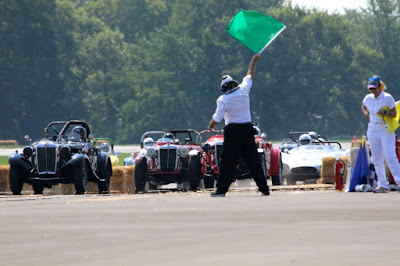 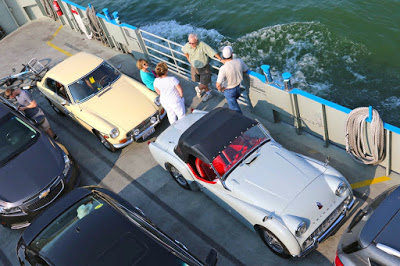 The starter waves the green flag as the field accelerates down the front straight during the 2015 Put-in-Bay Road Races Reunion on South Bass Island in Western Lake Erie. In period, the racers at Put in Bay occupied an important spot on the racing calendar for small-bore production and race cars. Its recreation as a vintage event has involved perseverance and dedication by the community, spectators, organizers and participants, who are all to be congratulated for their accomplishments.

The anticipation begins even before you step onto the island, as you take the Miller Ferry over shared with race and street cars of all ilk, trucks, trailers and transporters. The ferry trip gives one a chance to begin decompressing as you enjoy the company and the views, both the scenery and the automotive eye candy aboard. 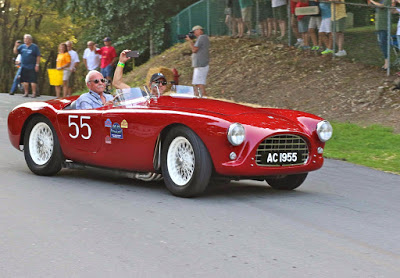 Part of the festivities includes an Original Course Tour. Here Joe Bojalad and his son share their AC as they negotiate Cemetery Corner. The Bojalad’s AC was featured in an episode of “Chasing Classic Cars” after Joe, Jr. found the car and had it restored for his Dad to once again drive at Put-in-Bay; reprising Joe Sr.’s 1955 win in the same car. 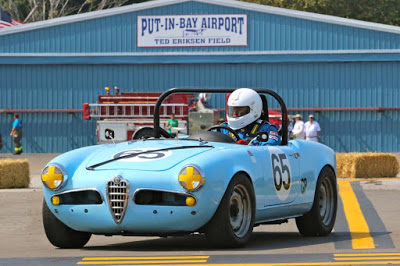 To accommodate racing today, the race has been moved to the Put-in-Bay Airport, tying together two sports car traditions, the through-the streets and airport venues, both of which figured prominently in post-WWII sports car racing. Here Kurt Niemeyer’s Alfa Romeo Giulietta Spyder negotiates the chicane between the runway and the South taxi way. Niemeyer’s Alfa is another example of the traditions of PIBRRR, having been run by his Dad in the original event and making its reappearance on the Island after recently being reacquired by Niemeyer. 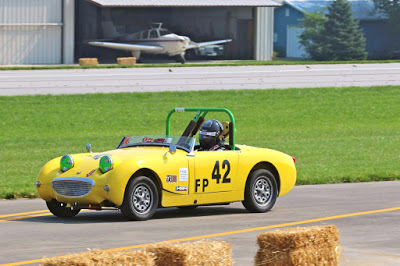 Airport circuits all have a few of the same things in common; wide open flat concrete surfaces, courses marked by hay bales, hangers, airplanes and speeding race cars. This shot of Rick Frazee and his Sprite illustrates all the elements of the airport circuit genre. 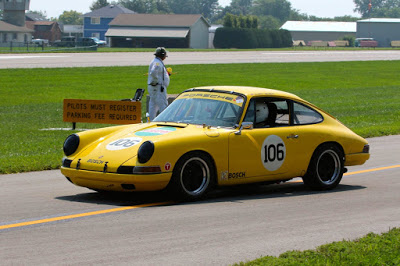 At the end of the front straight, a 180 degree sweeper moves you back onto the runway. Klaus Selbert sets up for that turn in his Porsche 911 under the watchful eyes of corner worker Jeff Knapp of Lake Erie Communications. The sign reminds one that this is an active airport. Accordingly, racing was delayed each morning until the mail plane departed and ended in the late afternoon as the airport reopened, the course being set up and dismantled accordingly. 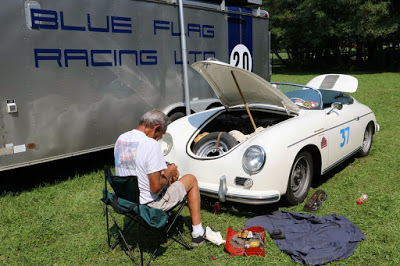 What do you do when you and your ultra-rare Porsche Carrera Speedster have an altercation with a hay bale? Why you take it back to the Paddock and make repairs so you can drive it home, just like “Doc” Weiss does here. Weiss has been racing this car since 1962. Such is the nature of PIBRRR where camaraderie, a laid-back atmosphere and reliving the sports car traditions of the past are the event’s guiding principles and where your ego very much takes a back seat. 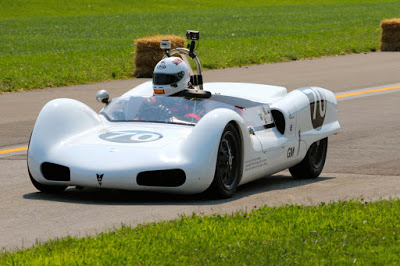 Joe Bojalad’s Elva Mk VI Prototype is steeped in racing lore. Marking the transition from front to mid-engine sports racers, this Mk VI enjoyed success in England and on the Continent before being imported to the U.S.  Here Bunny Ribbs, perhaps better known as the Father of noted racer Willy T. Ribbs, raced it to a West Coast Championship. He was an accomplished racer. 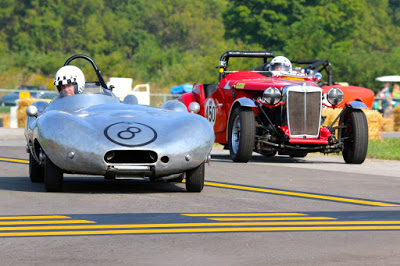 While PIBRRR certainly exudes a laid-back aura, the participants took the racing seriously, perhaps not fixated on results, but certainly interested in the challenge of the course. Here Paul Adams in an Elva Mk II looks for the apex while Michael Barstow in an MG TD looks for a way around Adams. Of interest, is that both of these cars traveled from California to Ohio. 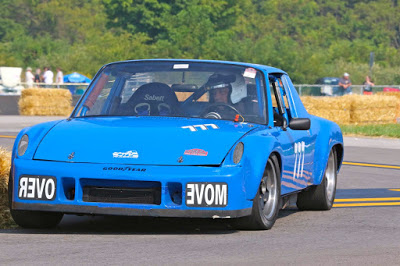 In period, the original organizers of Put-in-Bay concentrated on lower-displacement cars. The current races mirror that car selection, limiting most racers to small-displacement cars built before 1964 with some exceptions. To add interest and expand participation, classes for Guest Street cars and Racing Exhibition Entrants have been added. An example of the later is the Porsche 914-4 of Scott Sadowsky.  Here he illustrates one of the quandaries of the circuit; just how close can I get to that hay bale and not hit it? Hitting a hay bale will get you at least a stern lecture from the stewards, if not an invitation to take the next ferry off the island. 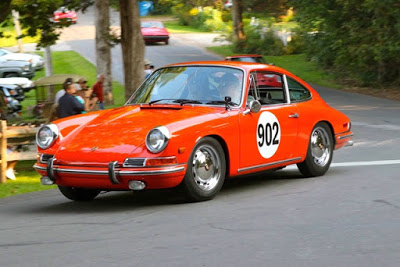 Tom Cole gives us an example of the Guest Street class in his Porsche 912. Cole‘s car is a Concours award winner, but that didn’t keep him from trying his hand at the Original Course Tour as well as making the over 450 mile round trip from his home in Southwestern Ohio. Put-in-Bay is developing a draw and a lucky few have discovered it. 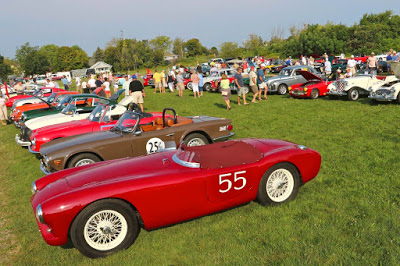 Before racers head home on Wednesday, they participate in a car show well attended by race goers and participants alike. Cars are divided into street and competition categories. Awards recognize not only appearance and provenance, but also the spirit in which competitors take part in the event.