Skip to content
The Porsche Museum in Stuttgart-Zuffenhausen is getting ready for the return to Le Mans with a special exhibition from March 26 to July 13, 2014. 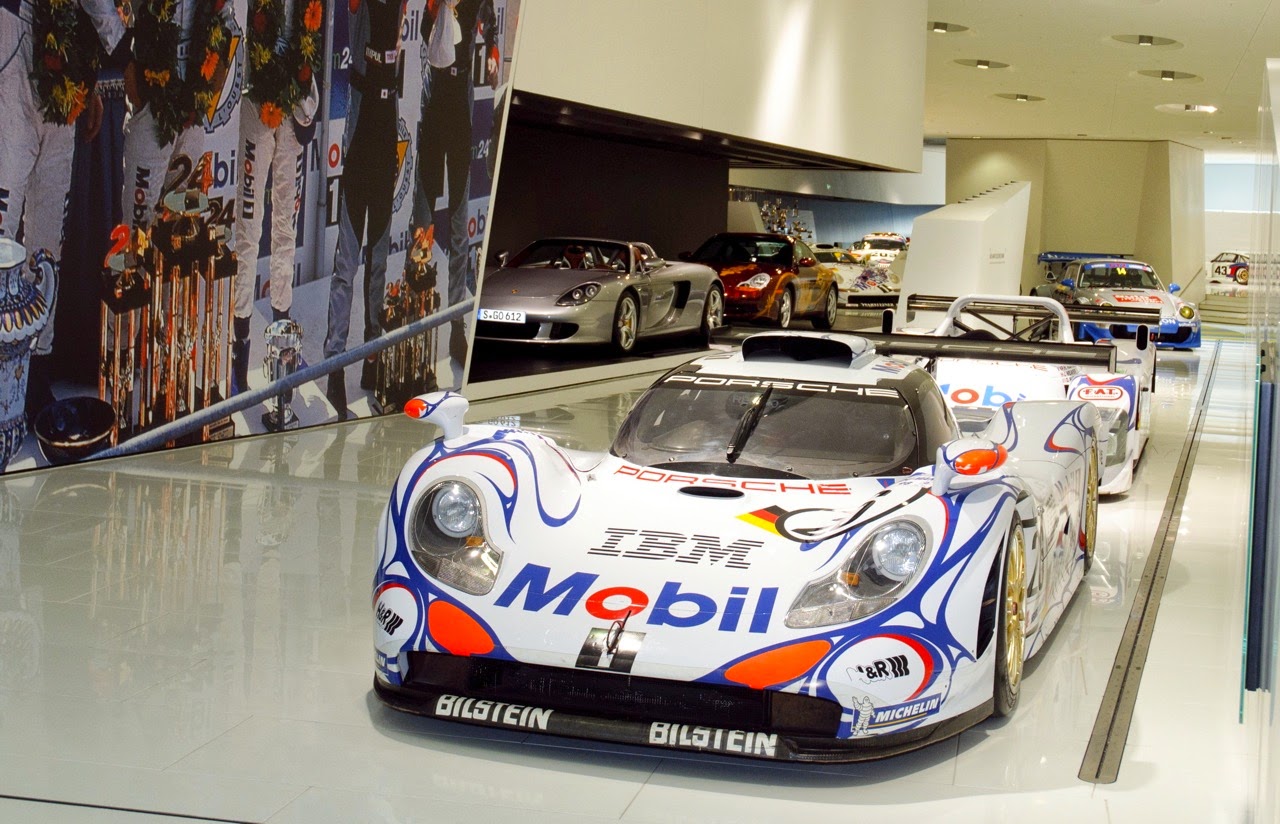 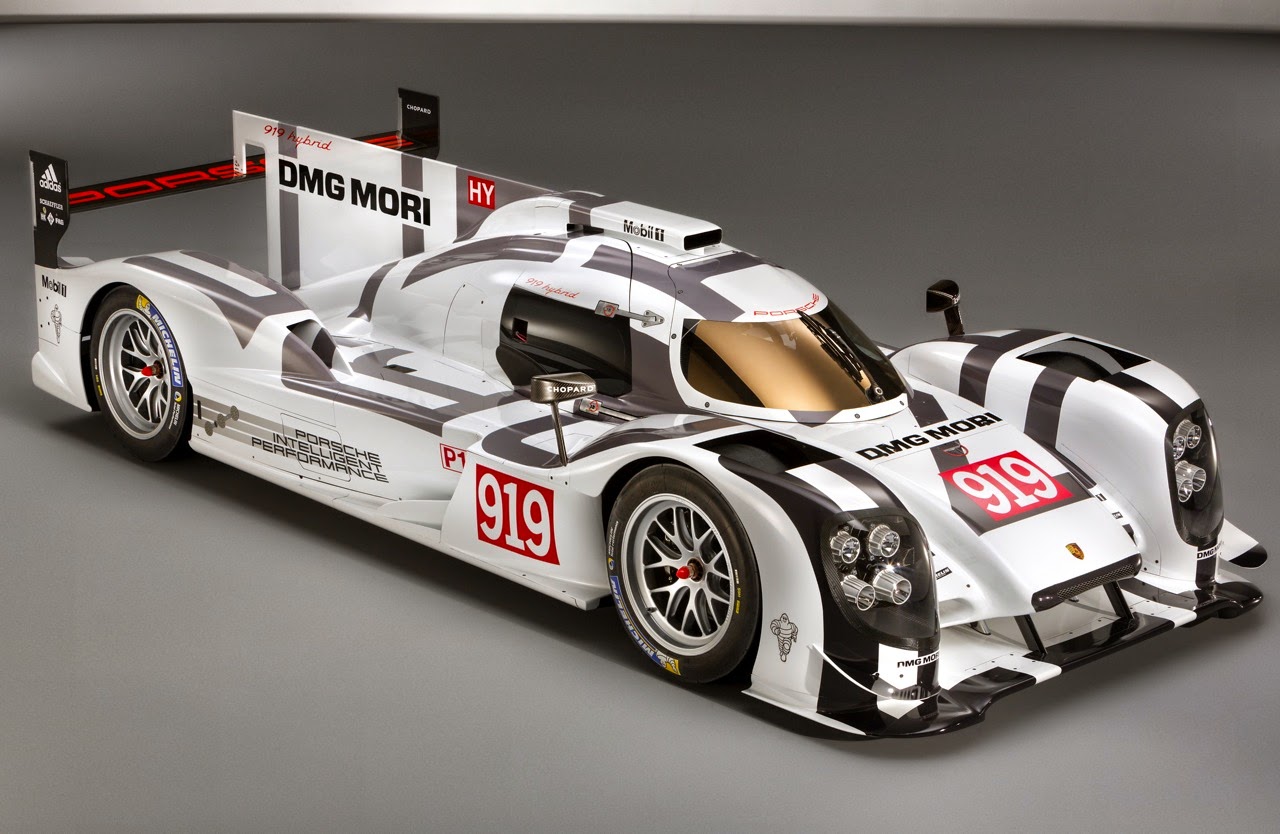 Porsche is taking a look back, not only to its multiple previous successes at the French endurance race, but also to the present-day Le Mans commitment for 2014. For the first time, the Porsche 919 Hybrid, above, will be presented to the public at the Porsche Museum. The car celebrated its premiere only three weeks ago at the Geneva Motor Show.   Top, 911 GT1. 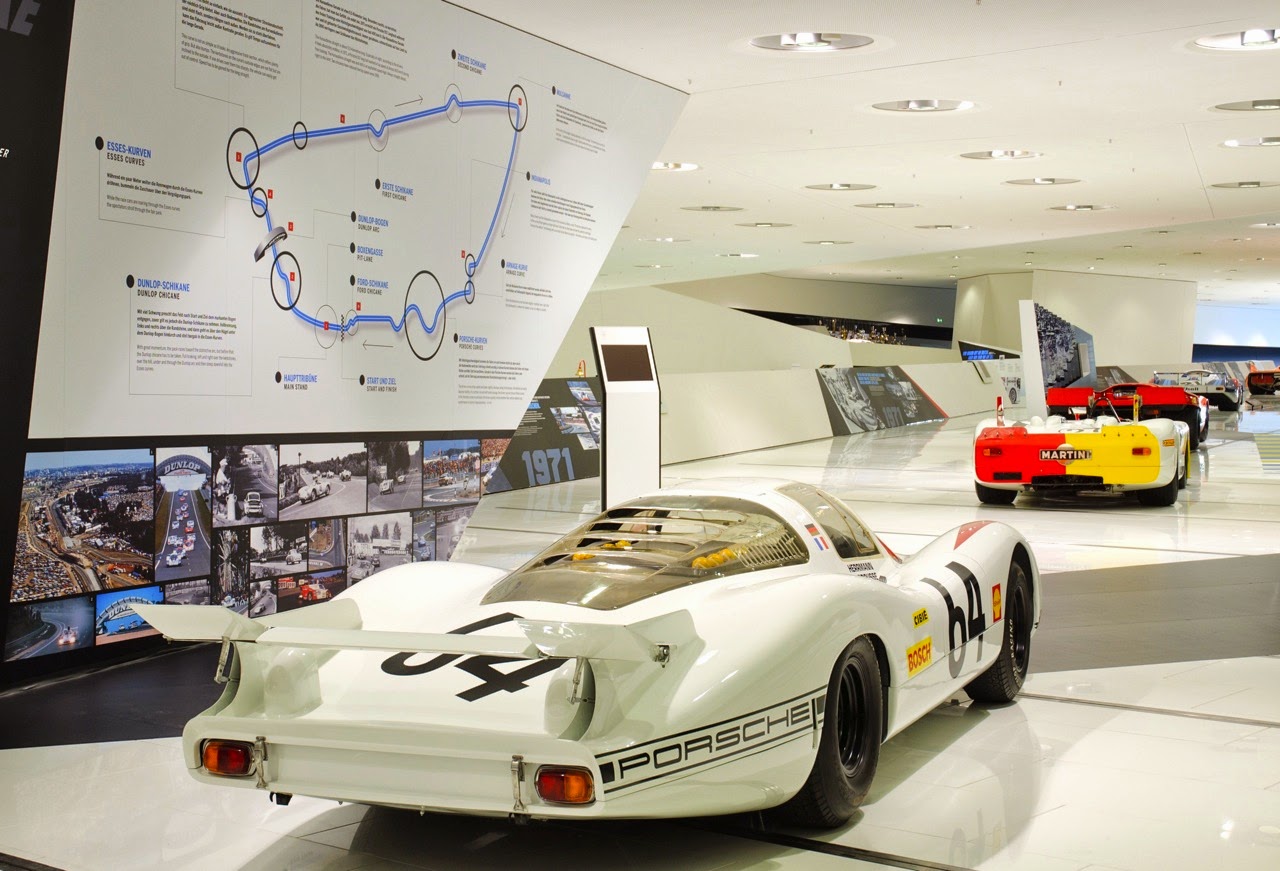 The exhibition has been transformed to look like the racetrack, paying homage to the famous endurance race. Porsche Le Mans history in 1951 marks the beginning of the “24 Hours for Eternity” special exhibition. Re-enactments of racing situations from the victorious racing
years on life-sized wall art and track sections, such as the Hunaudières straight, will
guide visitors through the exhibition. 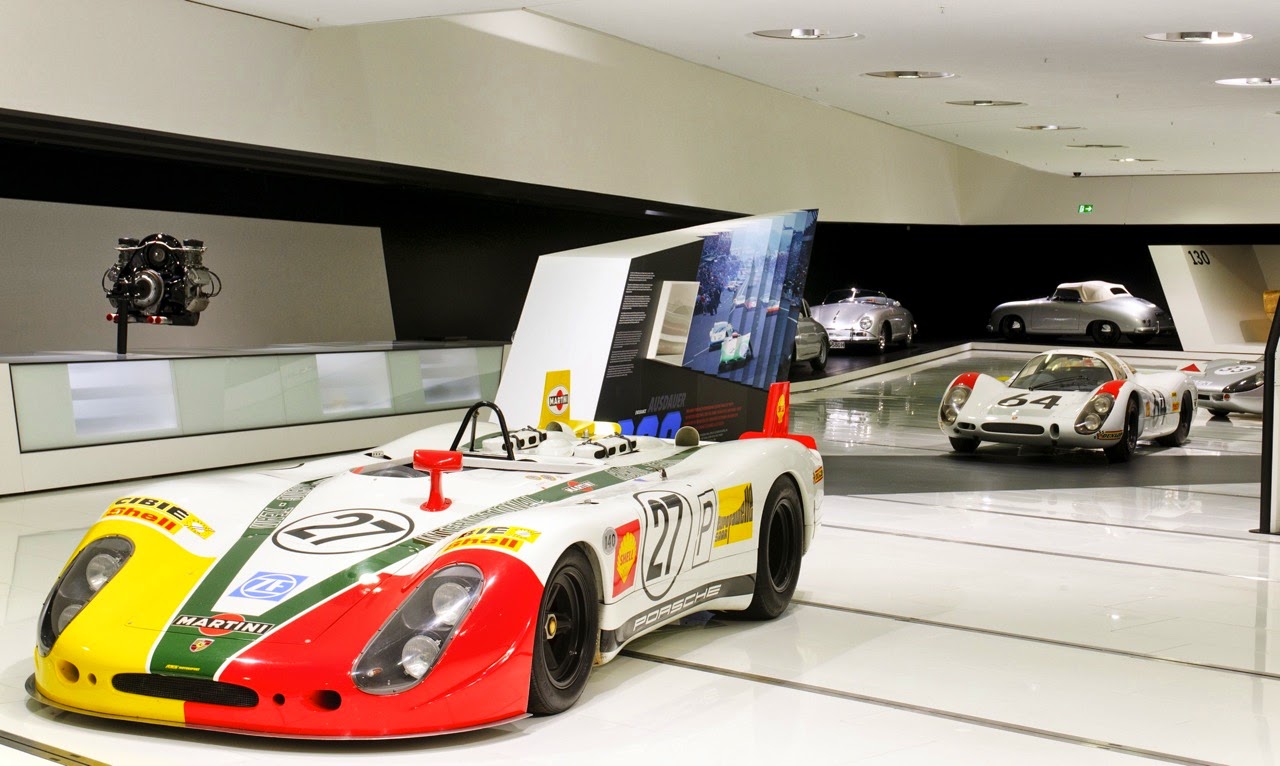 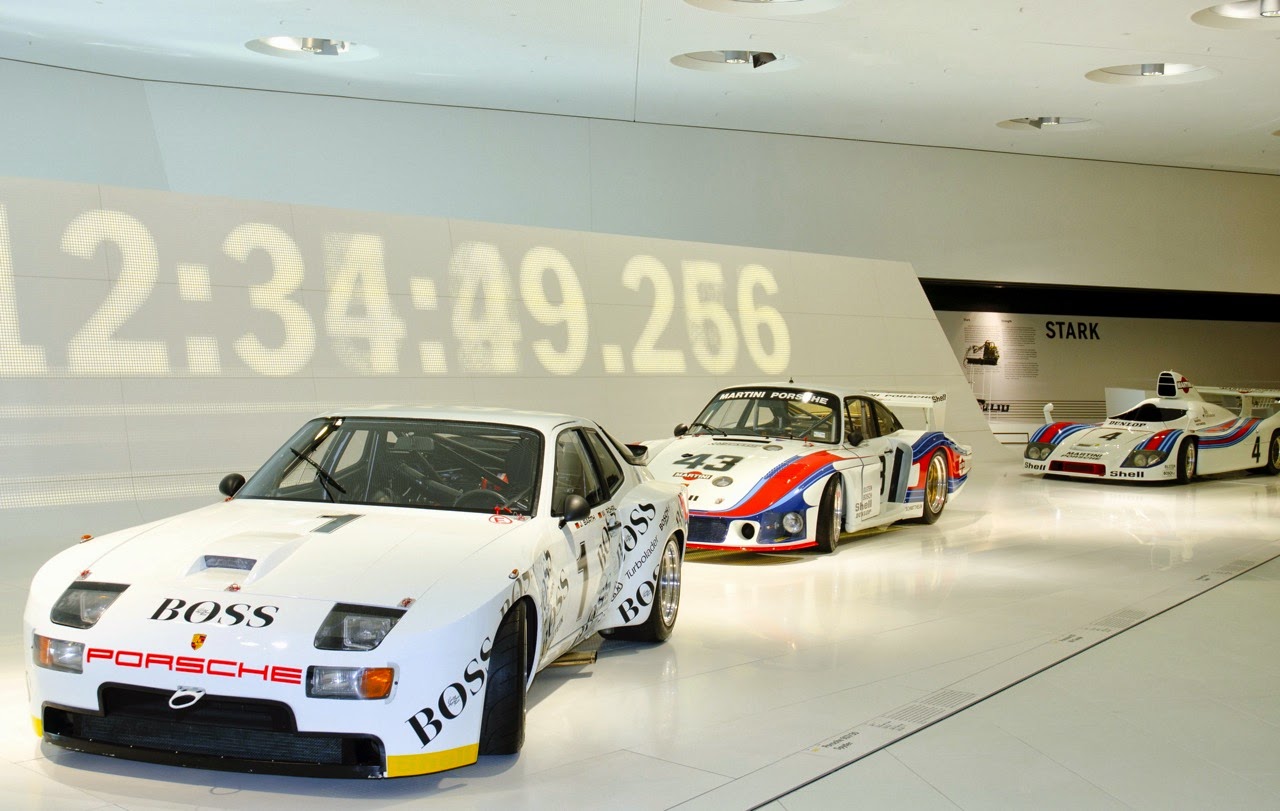 Other racecars on display include the ‘79 Porsche 935,  Porsche 911 GT2 Le Mans, ‘94 Porsche 962 GT Dauer Le Mans as well as the WSC LMP1 of 1998. With the 962 GT Dauer Le Mans, Porsche competed in the 24-hour race under the direction of the Joest team in 1994. With this car, Mauro Baldi, Yannick Dalmas and Hurley Haywood took home the 13th overall win for Porsche. The model that Hans-Joachim Stuck, Danny Sullivan and Thierry Boutsen drove awaits visitors. This and other historical tales of the famous race will come alive in the special exhibition. Various historical and technological small exhibit pieces such as helmets, a brake disc from the Porsche 956 and the diary of Ferry Porsche, from the collection of the Porsche corporate archive, complete the historical journey of Porsche at Le Mans. 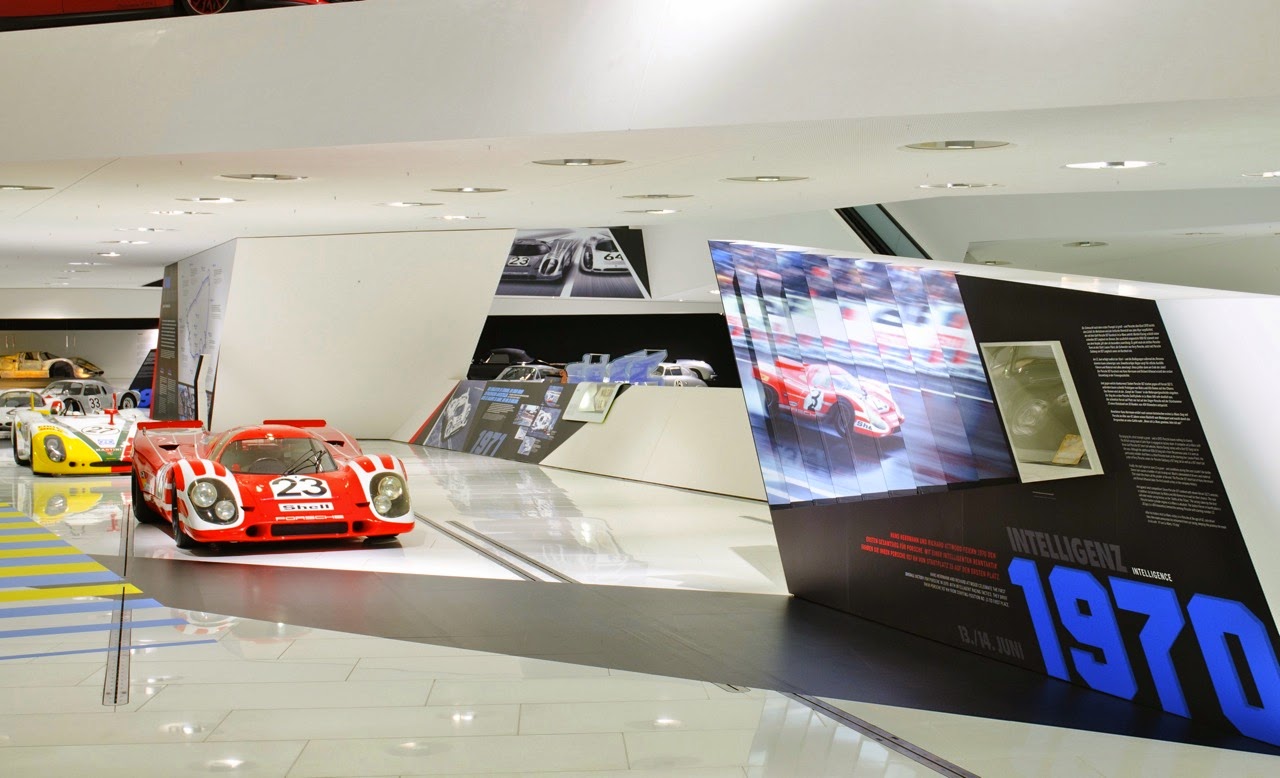 On the weekend of the race, the Porsche Museum will be open for the first time for more than 24 hours straight, from Saturday, June 14, starting at 9:00 a.m., until Sunday, June 15, 6:00 p.m. Visitors and fans of the endurance race can follow the race live as part of a public viewing program on several monitors inside and around the museum building. Entrance is free of
charge on this racing weekend. 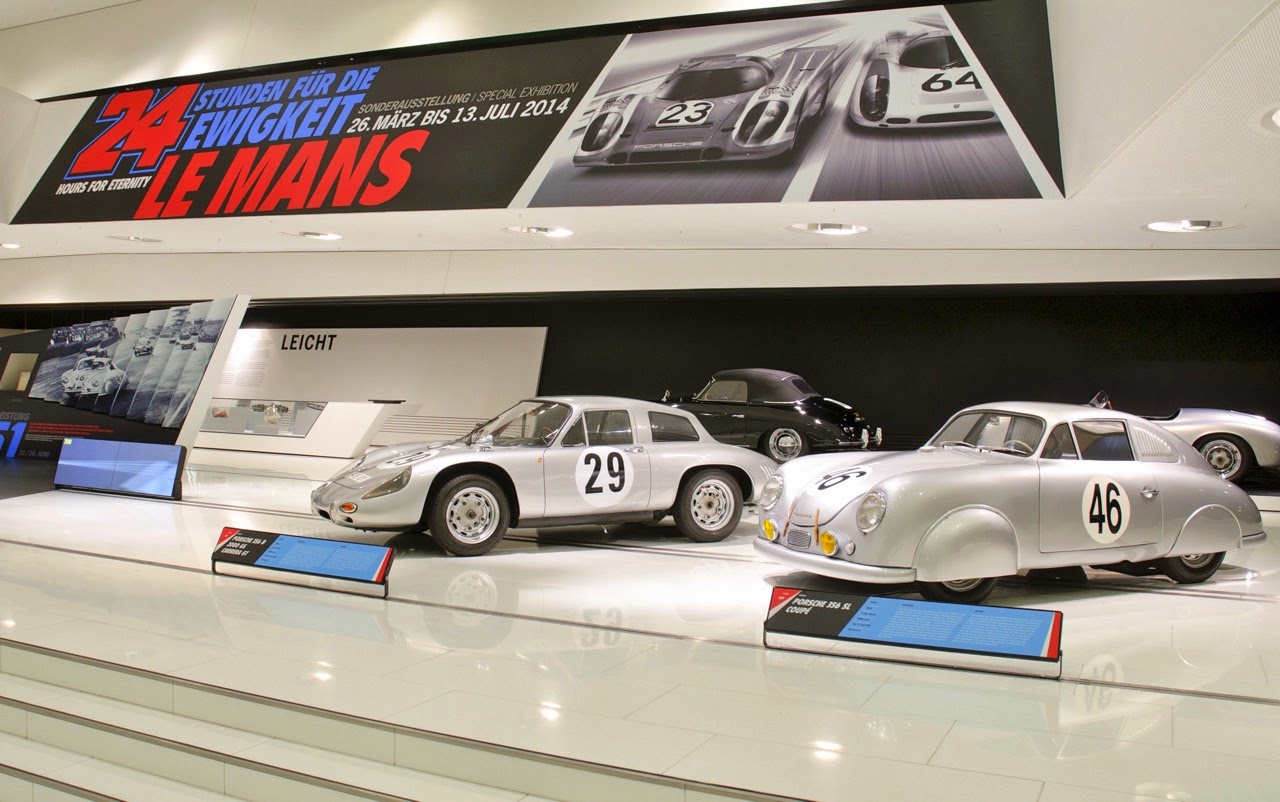 For more information about the Porsche Museum, please visit http://www.porsche.com/museum/en/